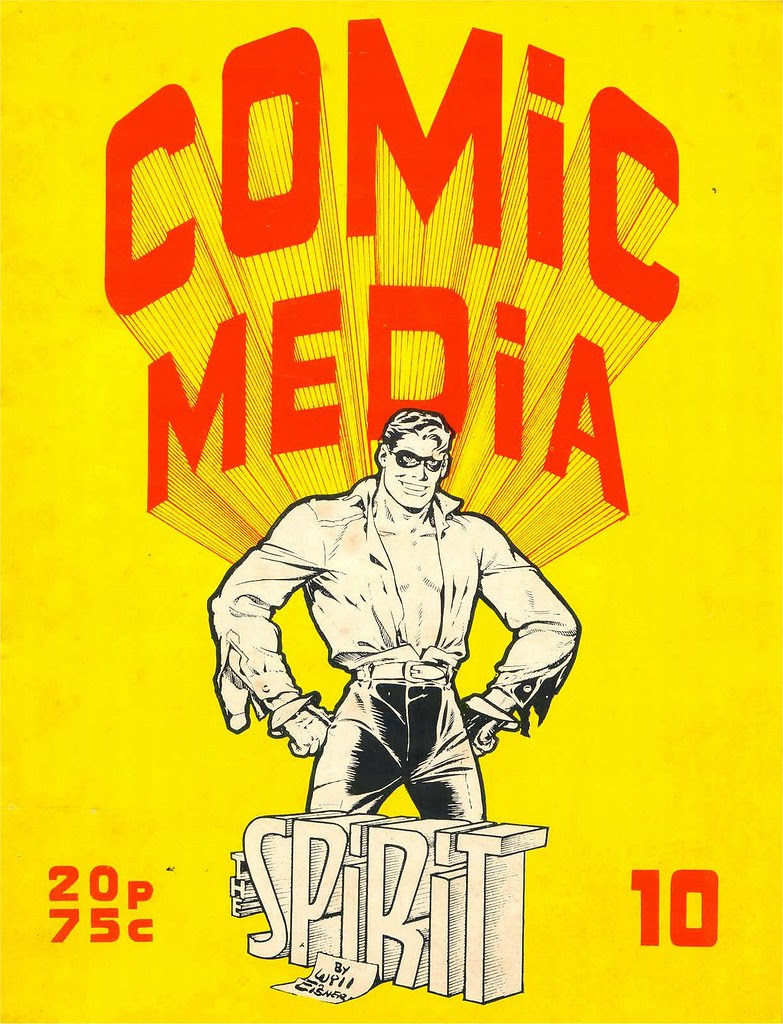 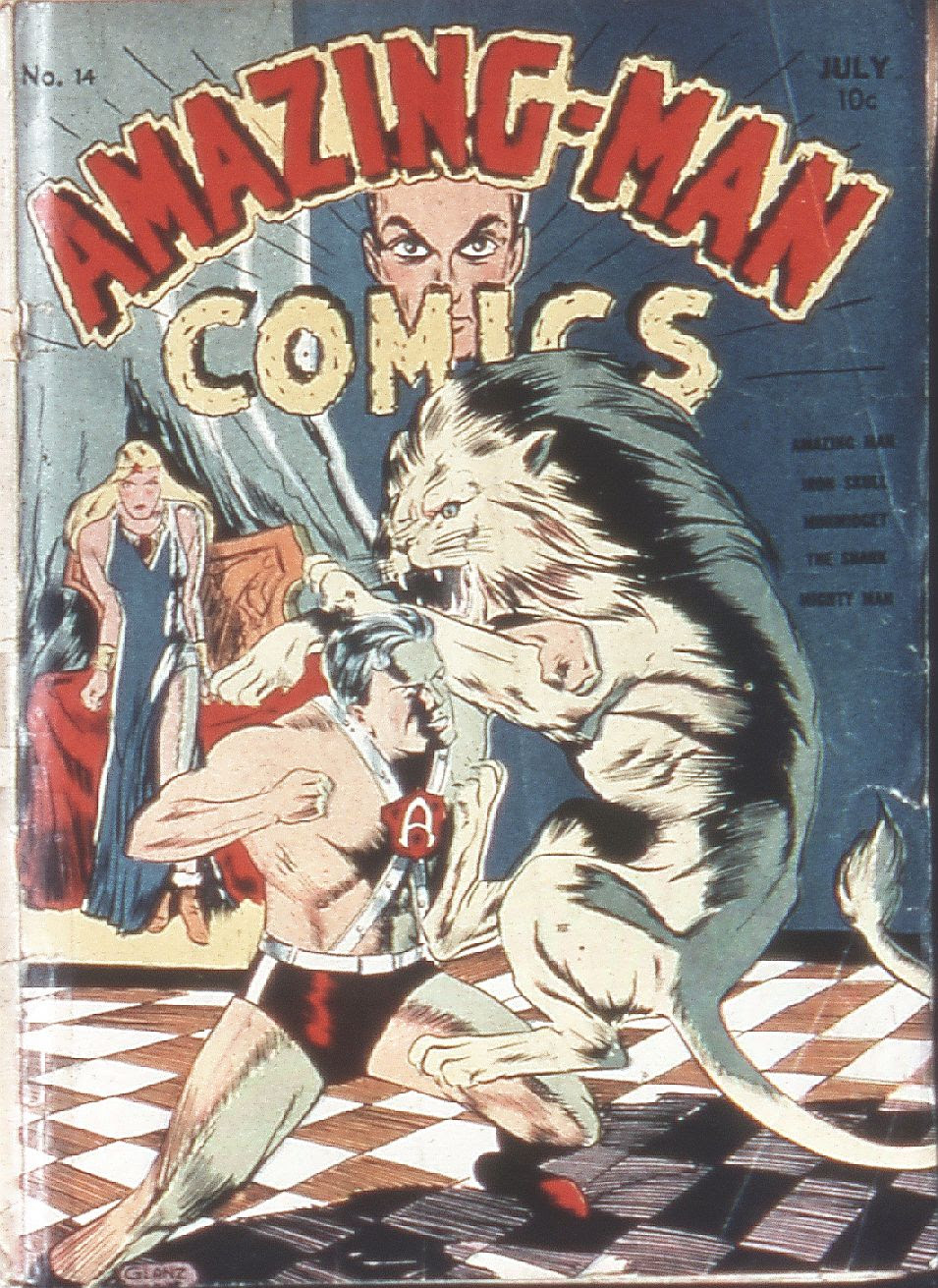 Another art lesson before the puzzle fun! 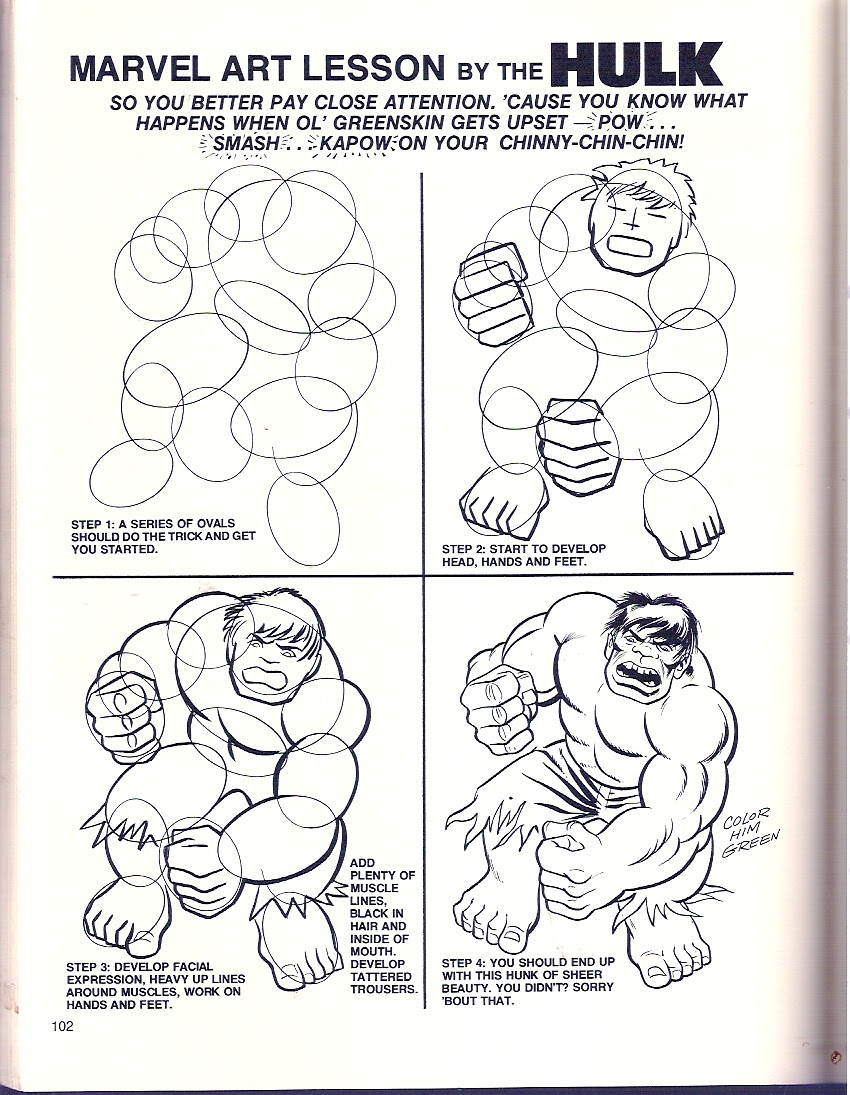 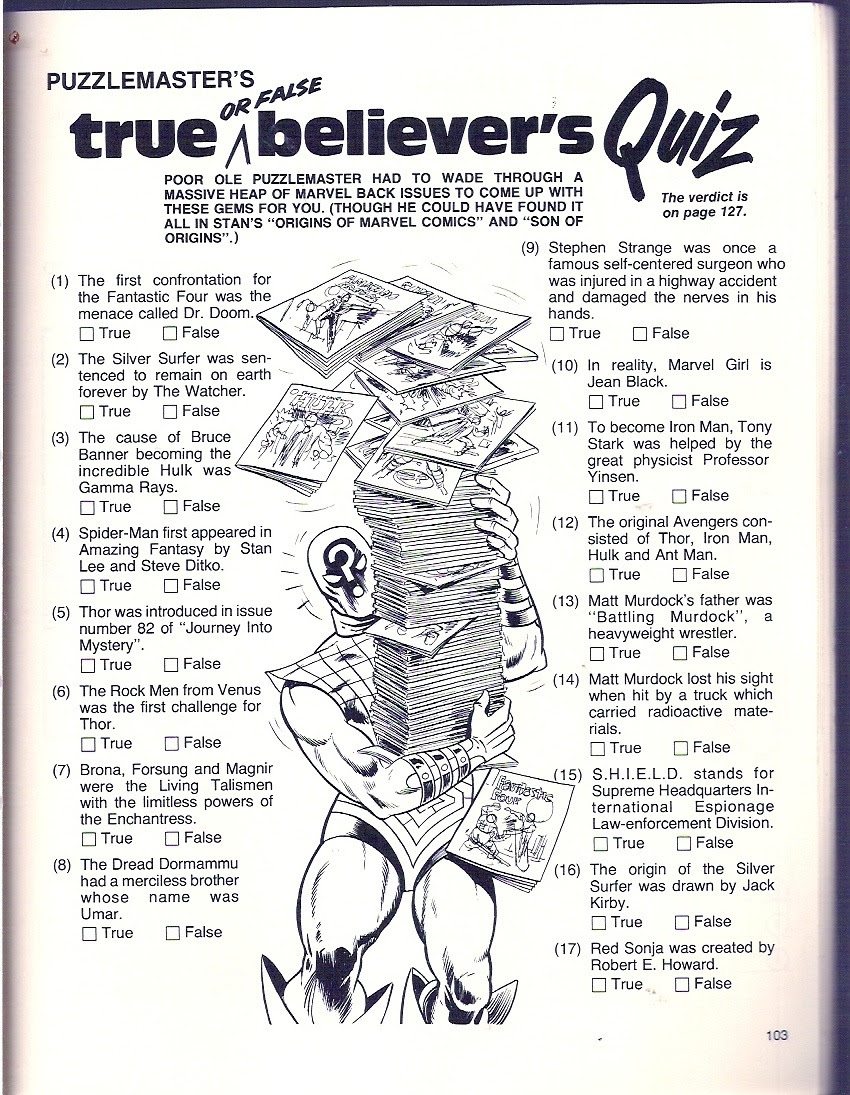 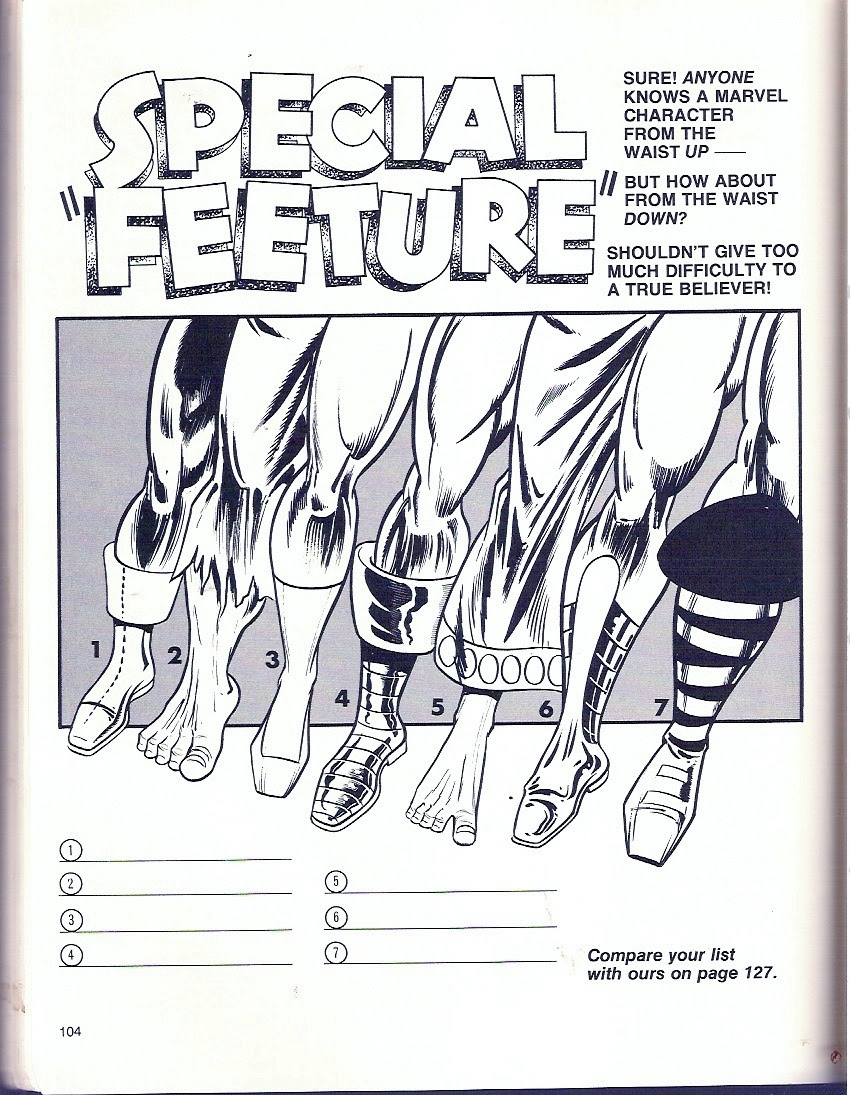 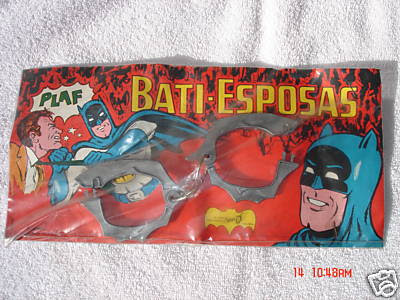 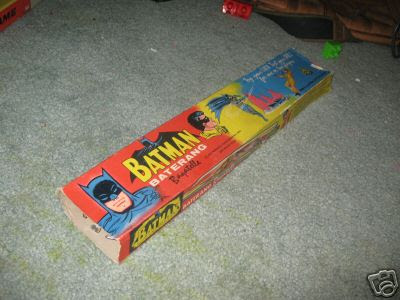 Above are two items that should be part of anyone's Utility Belt! First, there's some pretty rare Bat-Cuffs from South America, and below the 1960s Batarang toy!

Oh, don't worry, we'll get to the utility belts sometime! 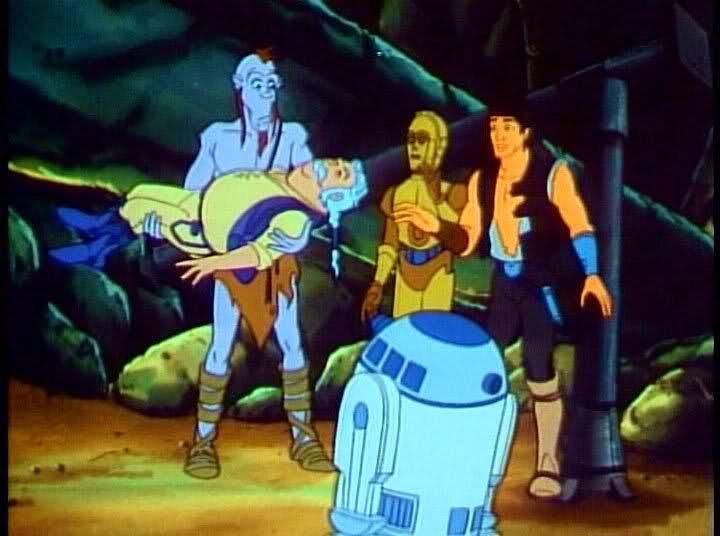 Concept: The adventures of C-3PO and R2-D2, supposedly taking place between Revenge of the Sith and A New Hope.


Total Episodes: 13
Original Air Dates: September 7, 1985-June 7, 1986
Original Network: ABC
Geek Factor: 7
Characters:
C-3PO (Voice of Anthony Daniels): The fussy protocol droid and counterpart to R2-D2. He and Artoo went on a variety of adventures together while separated from their former owner, General Antilles.
R2-D2: Astromech droid with a sense of adventure!
Proto One (Vice of Grame Campbell): An old security droid abandoned by his owners after a century of loyal service, fitted with a variety of replacement parts taken from a scrap yard.
Jord Dusat (Voices of Peter MacNeill and Dan Hennessey): A speeder racer who, at one time, co-owned Threepio and Artoo with Thall Joben, his friend and rival.
Thall Joben (Voice of Rob Cowan): A popular speeder racer, co-owner of the droids at one time. He owns a lightsaber that was left in a speeder that had been brought in for repairs and never collected.
Vlix Oncard (Voice of John Stocker): Head of security for the Fromm Gang, captured by Boba Fett.
Sise Fromm (Voice of Winston Rekert): Elderly Annoo-dat who was once the head of the most powerful crime syndicate in the galaxy. He hired Boba Fett to eliminate his rival, Klin Kartoosh. He tried to groom his son, Tig, to replace him.
Mungo Baobab (Voice of Winston Rekert): Human merchant from Manda and another one-time owner of the droids, sent by his family to establish a trading post on the plant Biitu.
Gundy (Voice of Dan Hennessey): Another one-time owner of the droids, Gundy was an elderly miner who worked in the caverns of the planet Tyne's Horky. His nephew Jann Tosh often assisted him.
Jann Tosh (Voice of Don Francks): Young miner from the backwater world of Tyne's Horky who grew up under the care of his uncle Gundy. He's actually responsible for the purchase of the droids for his uncle.
Jyn Obah (Voice of Dan Hennessey): A space pirate and first mate to Captain Gir Kyobo Ren-Cha of the ships the Dianoga and the Demolisher.
Vinga (Voice of Dan Hennessey): A native of Tammuz-an and loyal servant to Zatec-Cha. Sent to spy on Jann Tosh and later imprisoned by Mon Julpa.
Yorpo Mog (Voice of Dan Hennessey): Assistant bounty hunter for cirme lord Kleb Zellock on Tyne's Horky.
Kea Moll (Voice of Lesleh): Human female member of an anti-Imperial resistance cell on Annoo, and helped Thall Joben and the droids rescue Jord Dusat from the Fromm Gang.
Geek Guest-Stars:
Cree Summer, who voiced Princess Gerin, also voiced Princess Kneesaa on Ewoks, was earlier the voice of Penny on Inspector Gadget! She later voiced Elmyra in Tiny Toon Adventures and some of the spin-offs, Princess Kitana in Mortal Kombat: Defenders of the Realm, a variety of voices in The Mask, voiced the She-Hulk in The Incredible Hulk (1997) as well as in The Super Hero Squad Show, Max Gibson on Batman Beyond, and lots of other voice roles. George Buza, who had voice parts in five episodes, was also the voice of Chief Chirpa in Ewoks, and much later, was the voice of The Beast on X-Men (1992-1997), and a recurring role as Lexa's Dominion Contact on Mutant X. He also had a cameo as a trucker in the X-Men movie.
Eric Peterson, who did voices on four episodes, was also the voice of Teebo on Ewoks. Michael Kirby, also a voice on four episodes, was Eddy in the movie Meatballs, and later guested in two episodes of My Secret Identity as Kyle Buchanon. Chris Wiggins, who provided voices on five episodes, wa the voice of Thor/Dr. Donald Blake in The Marvel Superheroes cartoons, the voice of Will Scarlet on Rocket Robin Hood, the voice of Mysterio and many others on Spiderman (1967-1970), played Johann Robinson in the tv series Swiss Family Robinson, and later, he was the voice of No Heart on The Care Bears Family, Jack Marshak on Friday the 13th (the TV series), the voice of Cornelius on Babar (1989-1991), was the narrator on Sailor Moon, Mr. Groundhog on Franklin, and reprised the Cornelius role on Babar and the Adventures of Badou (so sue me on those last few, my kids watched some of those shows, and I had no idea Mr. Groundhog on Franklin was Thor!).
Geek Pedigree:
Anthony Daniels, of course, played C-3PO in all the Star Wars movies as well as providing the voice for Star Wars: The Clone Wars. He also had a cameo in The Adventures of Young Indiana Jones: Attack of the Hawkmen, and was the voice of Legolas in The Lord of the Rings (1978). Ben Burtt, who wrote several episodes of the series, is best known for his sound work on all the Star Wars movies, as well as a host of other films. He was also the person who named and restored the famous “Wilhelm Scream.”
DVD Release: A DVD has been released with two movies (actually eight episodes of the series edited into two movies) in 1997.
Website: http://starwars.wikia.com/wiki/Main_Page is the Star Wars Wiki, and is pretty useful. The official Star Wars website http://www.starwars.com has some information on the series as well, although it's hard to get it tracked down with a search.
Notes: I have never watched a single episode of this show... I'd imagine when it first came on, the art style and theme song probably had a lot to do with that! 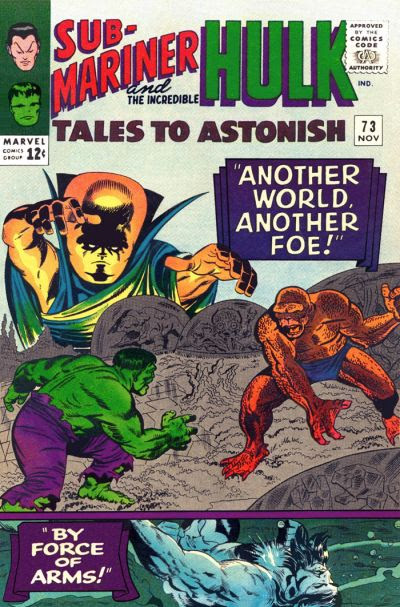 Title: “Another World, Another Foe!”
Credits: Written by Stan Lee, layouts by Jack Kirby, finished pencils by Bob Powell, inks by Mike Esposito.
Supporting Cast: None
Villain: The Leader
Hulk Intelligence: Starting to go downhill fast!
Guest-Stars: The Watcher
Plot: The Hulk is still fighting the change back to Banner while the Humanoids attack him! The Leader arrives at the scene, and dismisses the Humanoids. Coincidentally enough, his mere presence offers the gamma ray force to keep the Hulk from changing back to Banner! Still, the Hulk is unconscious, so the Leader has him brought to the lab to examine him. It's the work of seconds for him to find the bullet in the Hulk's skull and use a gamma ray laser to dissolve it. Later, when the Hulk revives, he realizes he didn't change back. The Leader tells him about the surgery, and that he also gave him an extra booster of gamma ray energy. Since the Hulk now owes the Leader his life, he agrees to follow his directions. Minutes later, the Leader is measuring the strength of the Hulk as well as his durability. Once the testing is done, the Leader tells the Hulk about the blue area of the moon (previously visited by the Fantastic Four) and that he sent his own probe to examine it closer. It was there he spotted the Watcher. Then, his probe followed the Watcher as he traveled around the galaxy, finally finding him at his home (despite the Watcher being depicted as having his home on the moon in the FF). The Leader plans to send the Hulk via a teleportation device that will convert the Hulk into a thought wave beamed into space! In moments, it's done, and the Hulk is in the Watcher's home. The Watcher welcomes him, of course he won't interfere. The Hulk wanders around the Watcher's home, taking all the wonders in, while the Leader directs him by thought projection. Finally, the Hulk reaches a radiant sphere hanging in the air – the Leader's target. But what he didn't tell the Hulk was that someone else was also coming to get the machine, the most powerful creature in the galaxy!
Invention Exchange: The Leader's gamma-ray laser, space probe, thought-wave teleporter.
Reprinted In: Incredible Hulk Special #3, The Incredible Hulk (Simon & Schuster, 1978), Essential Hulk #1.
Notes: Adapted as episode 20 of the 1966 Hulk animated series. Interestingly, the creature the Hulk will be battling in the next issue looks like nothing more than the Thing, but with reptilian skin instead of rock-like skin!
Posted by Jon K at 12:01 AM No comments:

Well, let's see if this is all Hanna-Barbera stuff, or if there'll be something else before I'm done this time around! 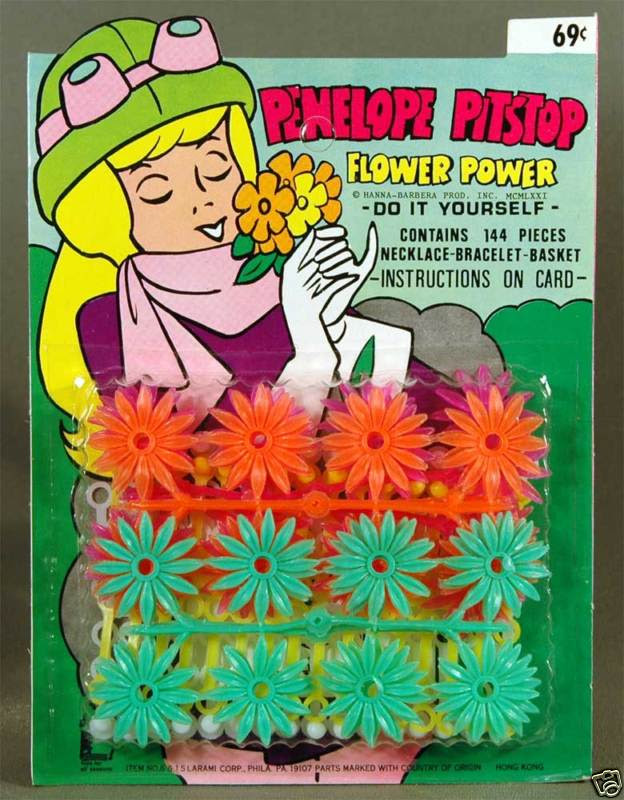 First up is this Penelope Pitstop Flower Power toy... and yeah, I don't get what it has to do with her, either! 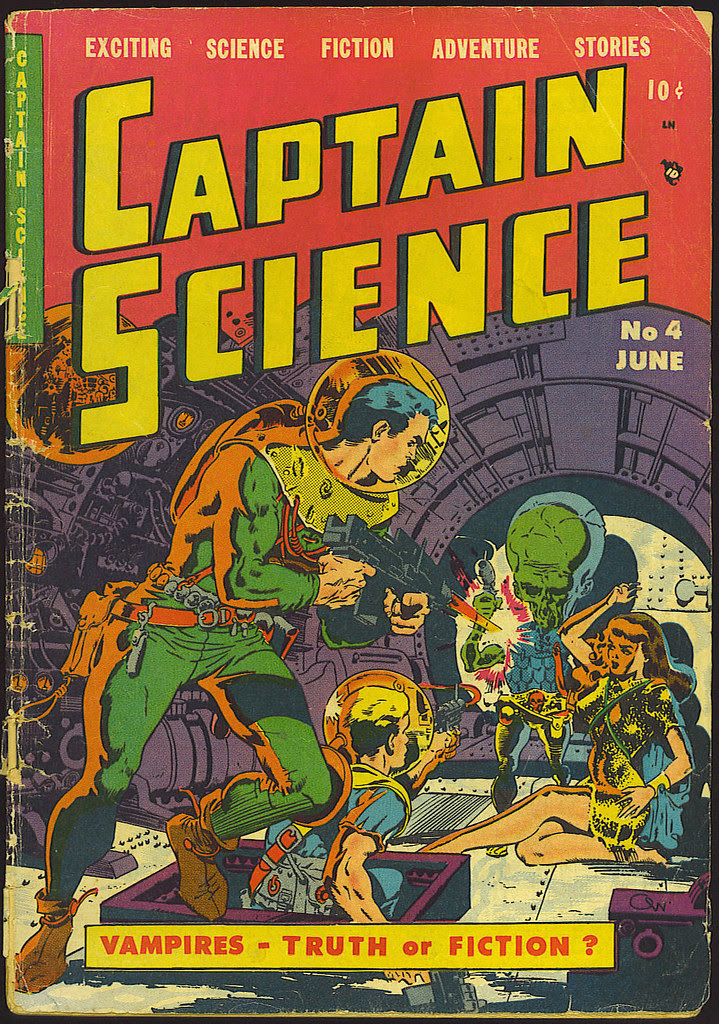 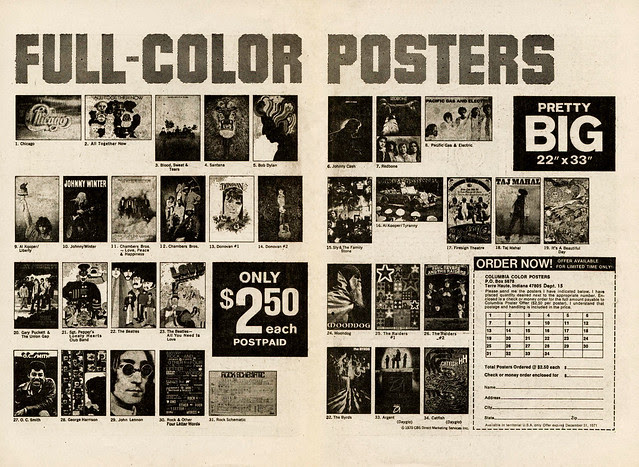 Not a lot of GA Merchanise out there of a vintage nature, but of course there's always the Mego figure and Green Arrowcar, plus Speedy to start with! 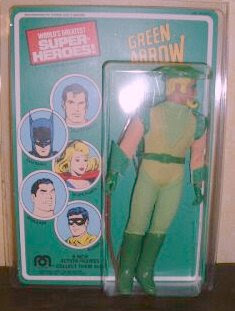 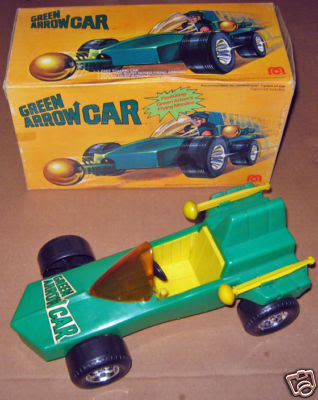 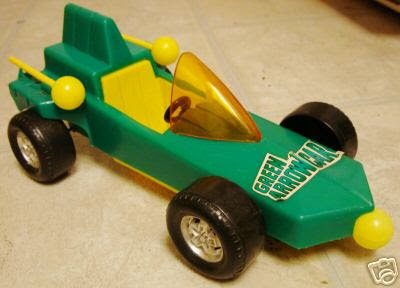 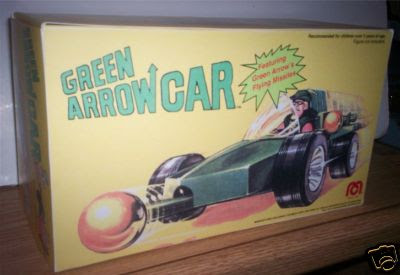 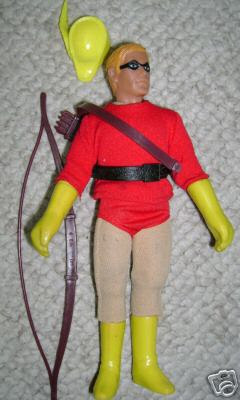 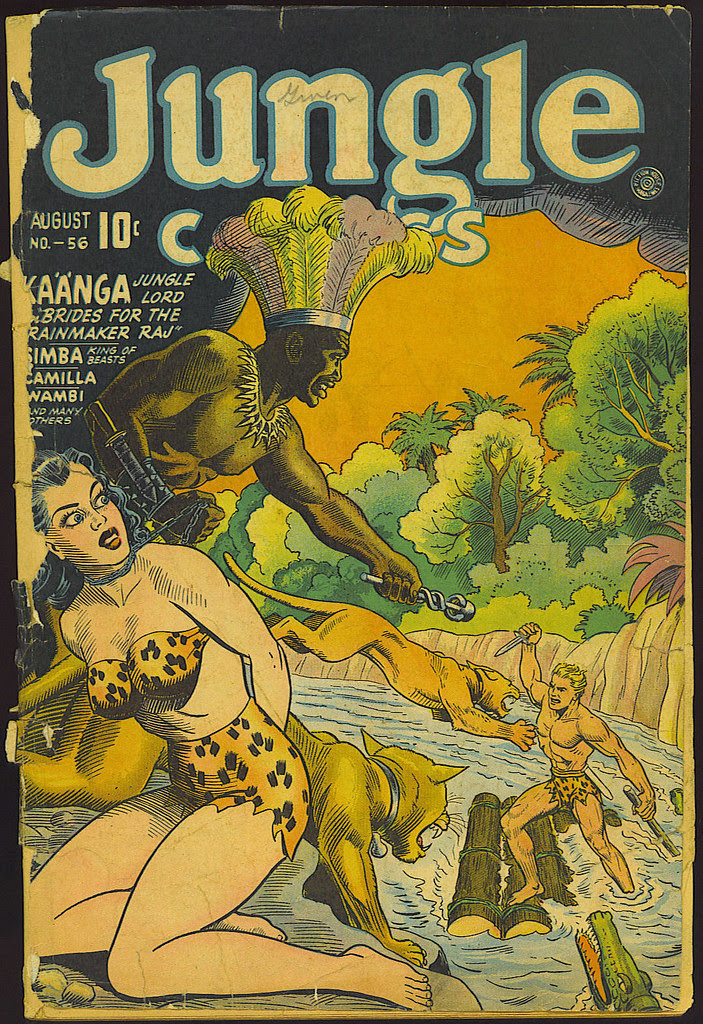 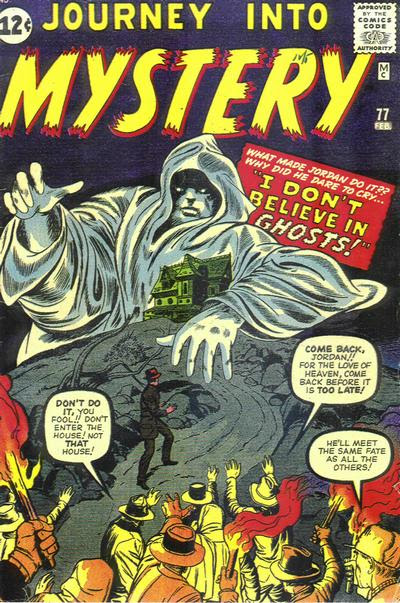 First up this time, it's Journey into Mystery #77, and a Kirby take on the old "Spend the night in the haunted house" story! Interesting take on the ghost, wearing robes instead of being clad as it was in life (presumably)!