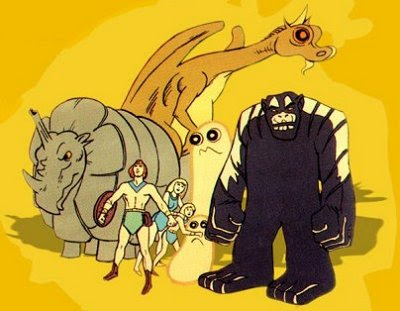 Concept: A family of warriors and their alien animal allies defend their home world of Amzot from threats. 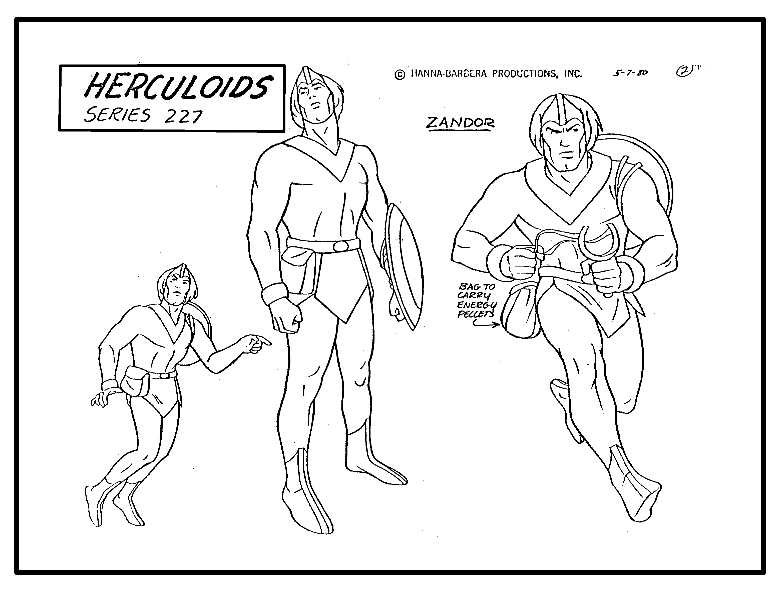 Zandor (Voice of Mike Road): The protector of Amzot and leader of the Hercucloids, husband of Tara and father of Dorno.

Tara (Voice of Virginia Gregg): Wife of Zandor, and a warrioress in her own right.
Dorno (Voice of Ted Eccles): Son of Zandor and Tara (though he calls them by their first names in the original series, not “Mother” or “Father”). Tends to get in trouble quickly.
Zok (Voice of Mike Road): A flying space dragon that can emit laser beams from his eyes and tail, can survive in space unaided, is capable of interstellar travel, and can breathe fire. 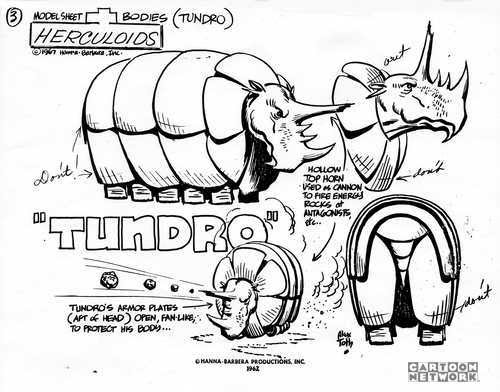 Igoo (Voice of Mike Road or Ted Cassidy, depending on who you believe): A rock ape, nearly invulnerable to harm. Would do anything for Tara, whom he's very fond of and devoted to.

Tundro (voiced by Mike Road): A four-horned reptillian creature, like a cross between a rhino and a triceratops. Can shoot explosive energy rocks from his cannon-horn, has armored plating, can extend his legs, and is able to drill through solid rock by spinning his head around. 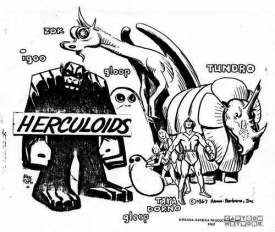 Gloop and Gleep (Voiced by Don Messick): Protoplasmic creatures who can absorb and deflect energy blasts and lasers, and can form various shapes. Gloop is the larger of the two.

Geek Pedigree: The character designs of the Herculoids were done by Alex Toth, a longtime comic book artist who also designed Space Ghost, the Super Friends, and many other characters for animation. Series writer Ken Spears also wrote episodes of Space Ghost, The Banana Splits, Scooby Doo Where Are You, and many others. Joe Ruby was Ken Spears' partner for many of these, and later, the two would break away from Hanna-Barbera to form Ruby-Spears Studios. David Scott also wrote episodes of Super President and Moby Dick and The Mighty Mightor. 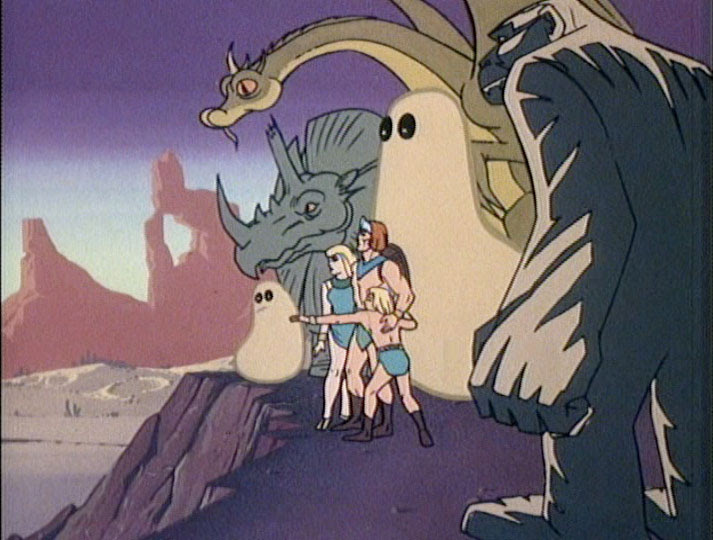 Mike Road is probably best known as the voice of Roger “Race” Bannon on Jonny Quest, although he also voiced Ugh in the Dino Boy segments of Space Ghost, as well as several voices for the 1967 Fantastic Four, and much later voicing Mr. Fantastic in the 1978 Fantastic Four, among other roles. Virginia Gregg voiced Maggie Belle Klaxon on Calvin and the Colonel, guest-starred on Twilight Zone, My Favorite Martian, The Addams Family, The Girl From UNCLE, Bewitched, and later did voices for Yogi's Gang, and These Are the Days, and guested on Man From Atlantis and The Six Million Dollar Man, as well as Project UFO. Ted Eccles appeared in episodes of Mister Ed, The Munsters, voiced the title character in The Little Drummer Boy, was Tooly in the Three Musketeers segments of The Banana Splits Adventure Hour, and later played Brad Fulton on Dr. Shrinker. Don Messick, on the other hand, has had too illustrious and long a career for me to do it justice! 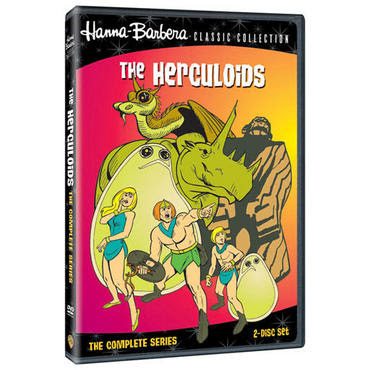 DVD Release: Originally offered as “Print on Demand” only, the series is available in a complete set.

Website: http://herculoidsonline.tripod.com/
Notes: When Hanna-Barbera revived Space Ghost in their Space Stars cartoon, 11 new Herculoids segments were made for it. I was a huge fan of the original series, and wish it could be revived by people who would do it right!
Posted by Jon K at 12:01 AM