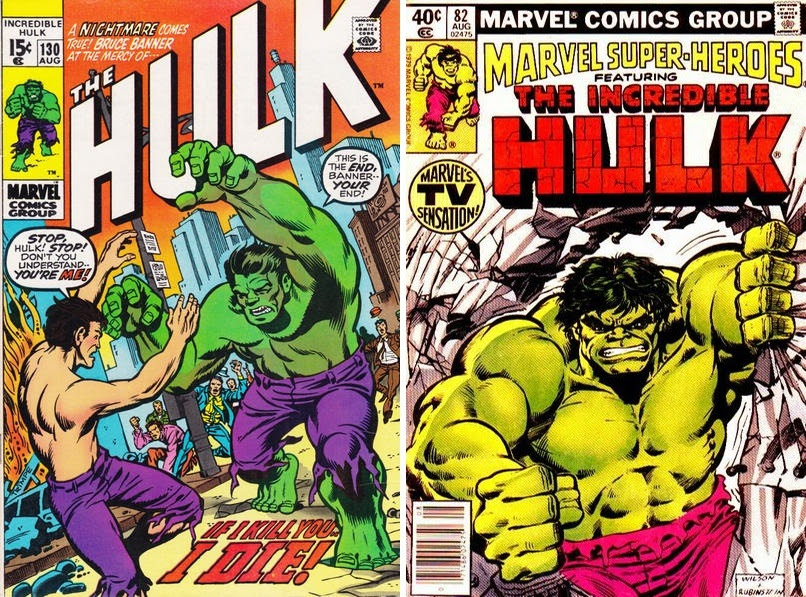 First up, we have Incredible Hulk #130 and Marvel Super-Heroes #82... obviously, an all-new, very generic cover was done for the reprint, even though the original cover actually would've made me want to check it out immediately! More after the jump! 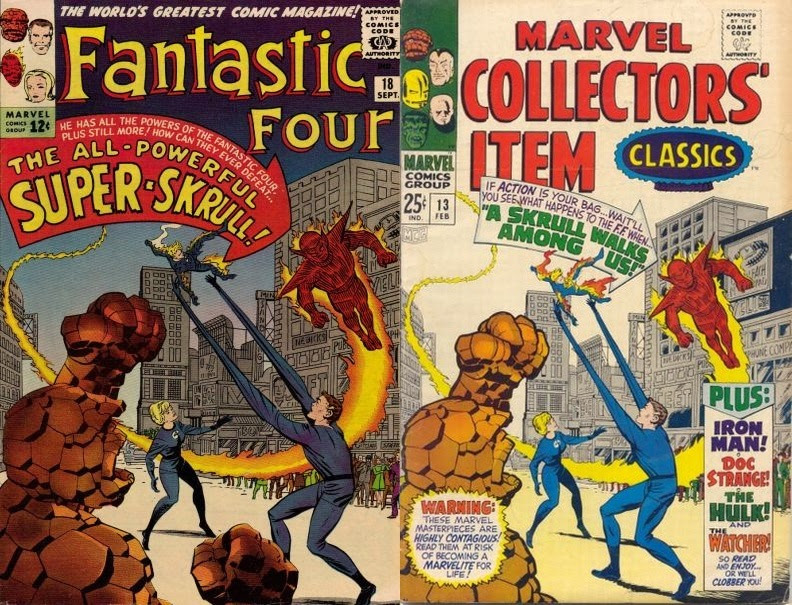 Next, Fantastic Four #18 and Marvel Collector's Item Classics #13. It looks like the original was statted and reduced just the tiniest amount, but for the most part, the art was shifted down. You can see that the buildings were altered; note the windows just above the Super-Skrull. There's also been some art added on the right side, so there was some reduction done. 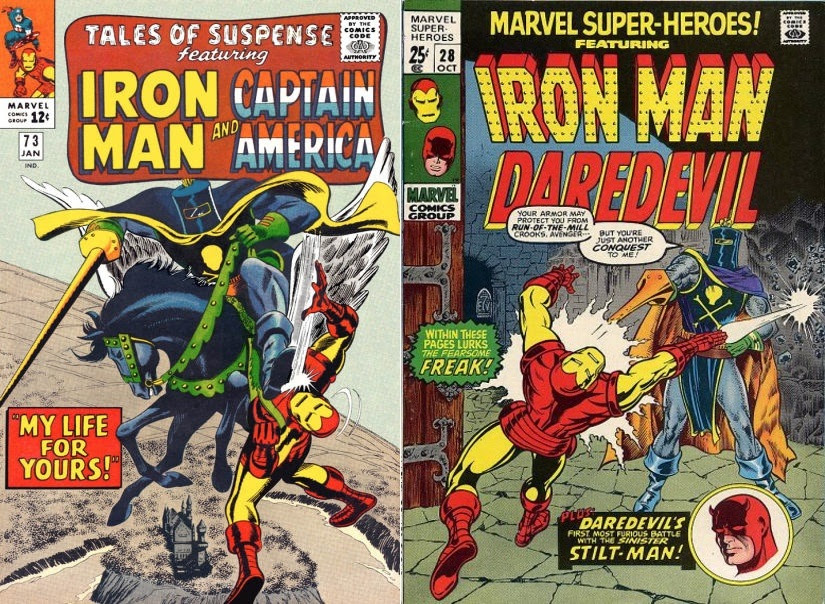 Next, Tales of Suspense #73 and Marvel Super-Heroes #28, with a new cover drawn. I have to admit, the new cover is a bit better, at least Iron Man's more threatened by the Black Knight's energy-lance than by being kicked by him! 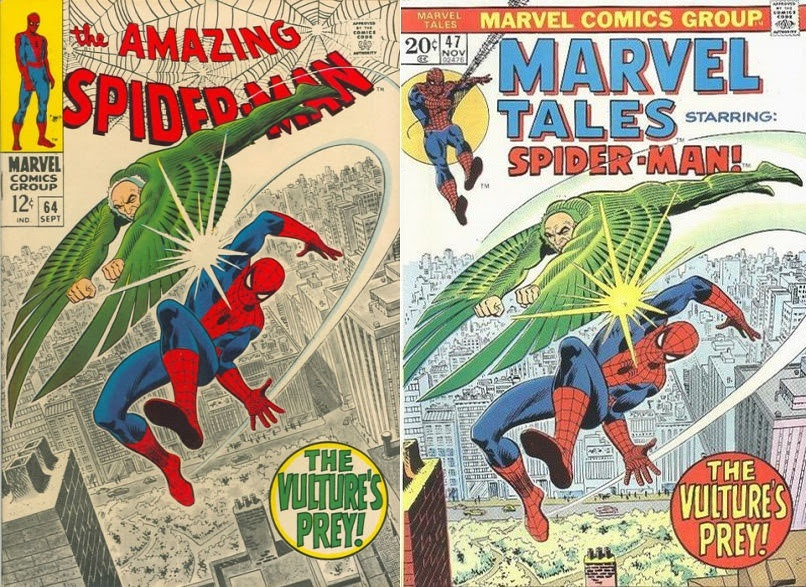 When Amazing Spider-Man #64 was reprinted in Marvel Tales #47, the original art was rotated, and it looks like it was enlarged a little bit, as well. 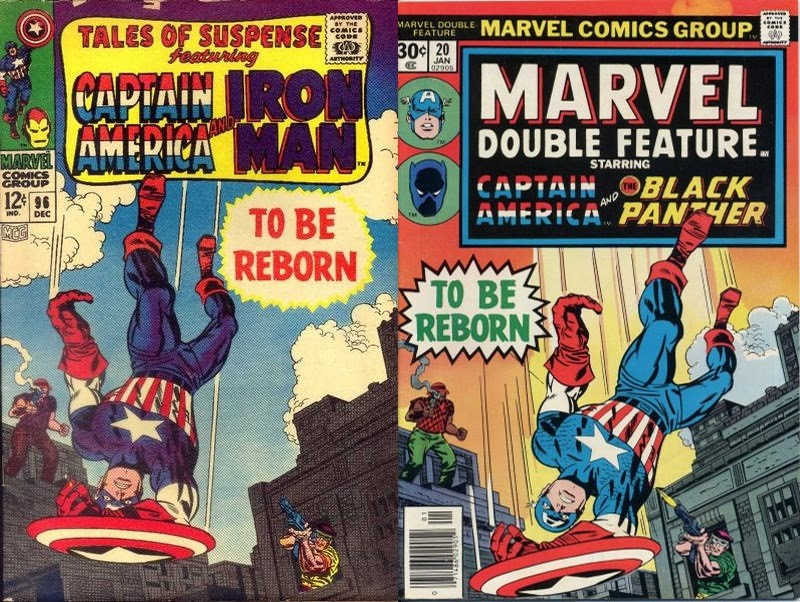 This is an interesting situation... Tales of Suspense #96 and the reprint in Marvel Double Feature #20, the figure of Cap was at least moved and enlarged a little bit, plus Cap's right arm was moved slightly so it's no longer covering even part of his head. Some of the clouds were also removed from the background. I'm guessing most of these changes were made because of the UPC code. 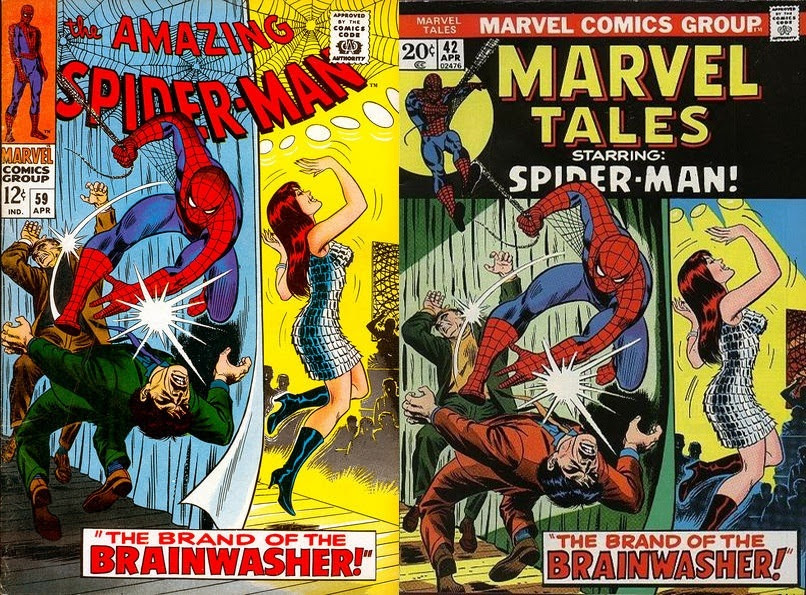 When Amazing Spider-Man #59 was reprinted in Marvel Tales #42, the art was shifted down, altered at the top to match the current trade dress being used at Marvel, and the blurb was moved and squashed. 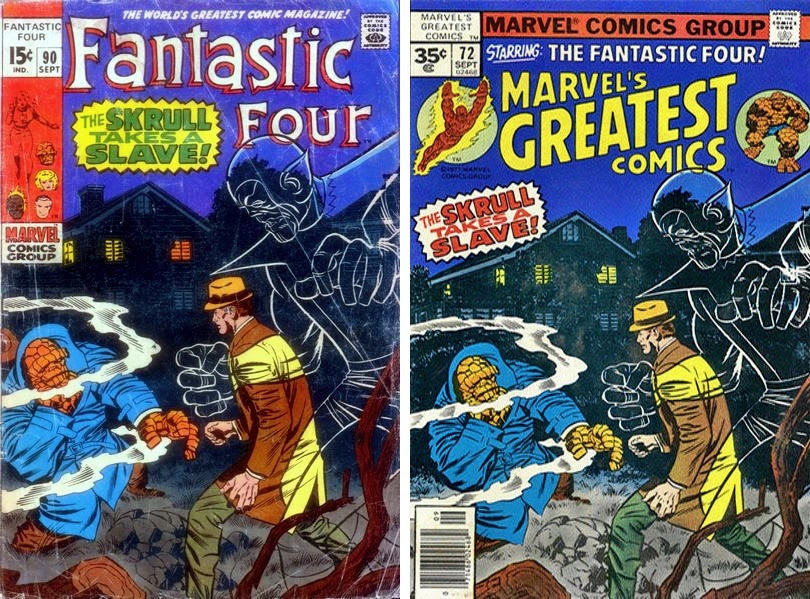 Finally, we have Fantastic Four #90 and Marvel's Greatest Comics #72... and the only difference I can se is that the original art was reduced a bit, and shifted down the tiniest bit. Looks like art might've been added on the left.
Posted by Jon K at 12:01 AM