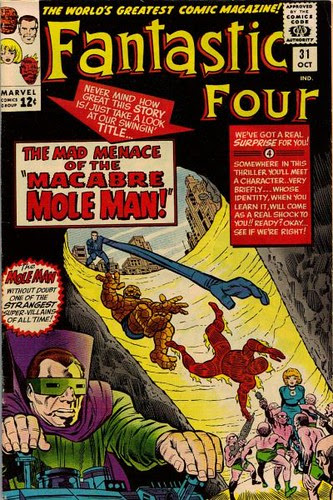 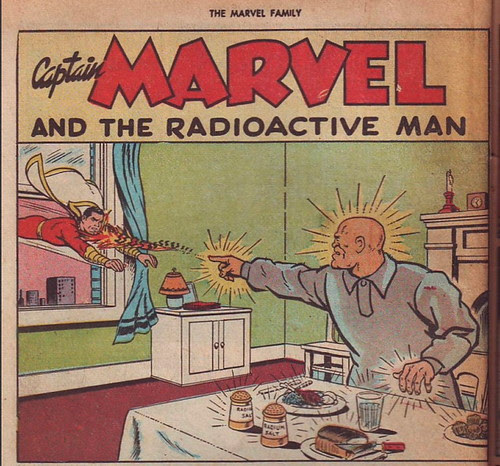 Here's a Captain Marvel story from The Marvel Family, in which Cap battles a bald guy called the Radioactive Man... just like... 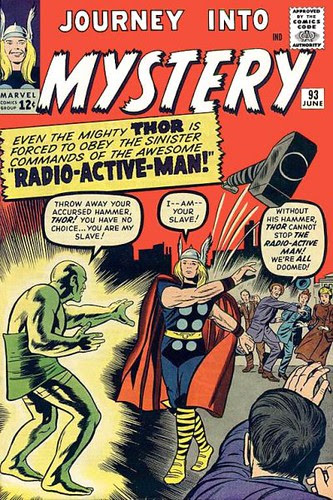 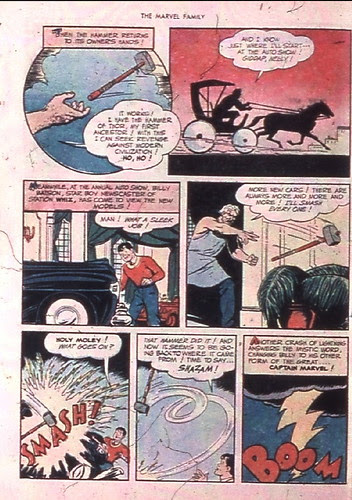 Here, from another Captain Marvel story, someone finds the hammer of Thor, and it's established that the hammer returns to the person who throws it. 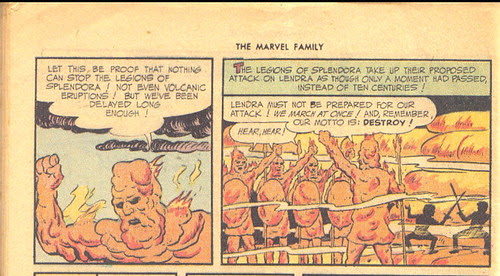 Coincidence? Possibly, but one can't discount that Stan Lee, Jack Kirby, and others in the early days of Marvel Comics weren't aware of these stories!

Not that Marvel is the only "guilty" party to borrowing an idea from Captain Marvel comics... oh, no! Check this out: 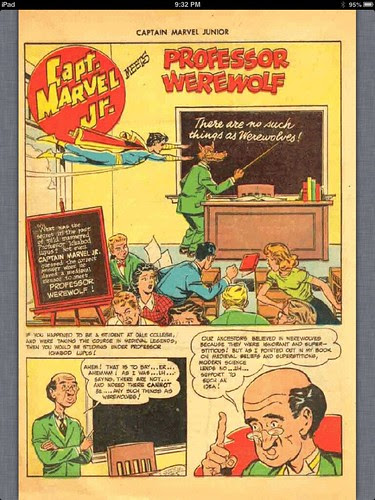 A werewolf around a school... sounds like something out of Harry Potter, doesn't it? 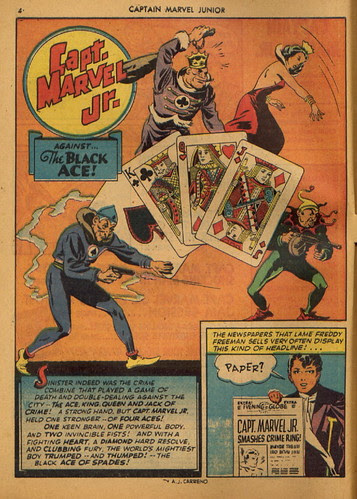 DC seems to have borrowed, too... here's Captain Marvel Jr. battling what sure looks to me like an "inspiration" for the Royal Flush Gang! 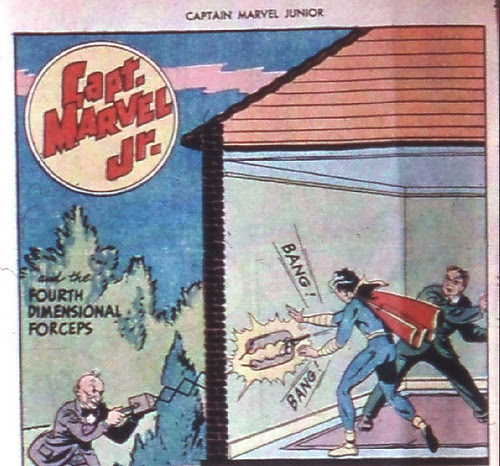 These fourth dimensional tongs made a re-appearance of sorts in a Silver Age Jimmy Olsen issue, where they were part of a future burglar's kit! 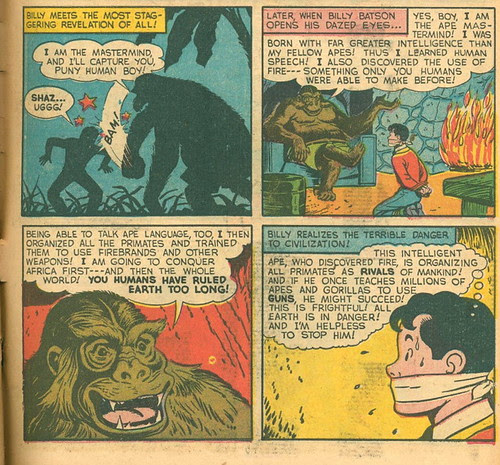 And finally, was this story an inspiration for the creation of Gorilla Grodd?
Posted by Jon K at 12:01 AM