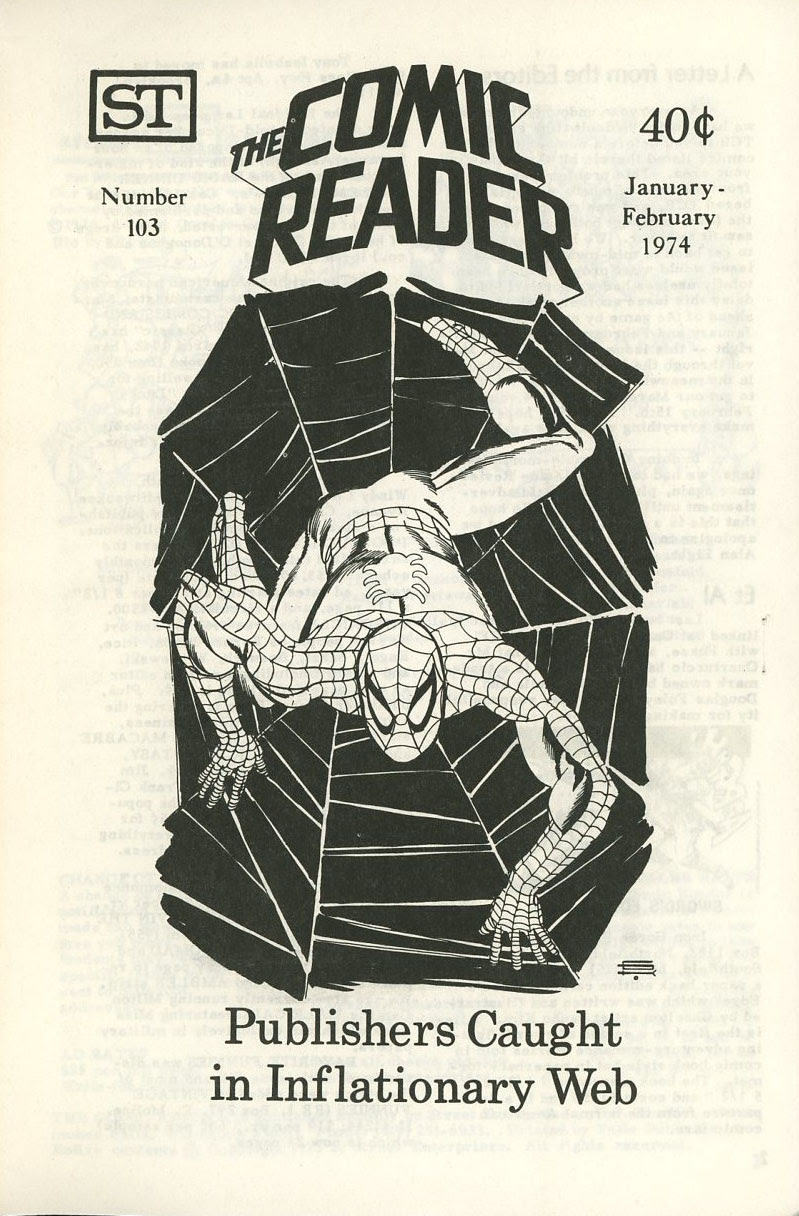 Puzzles first, then the solutions after the break! 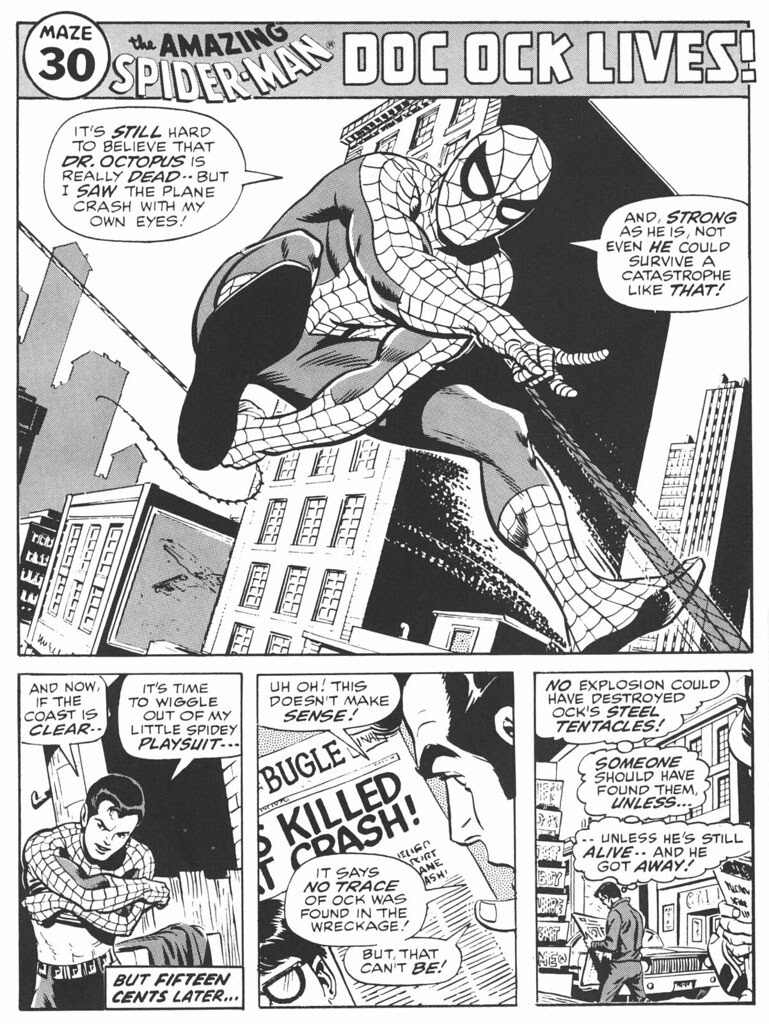 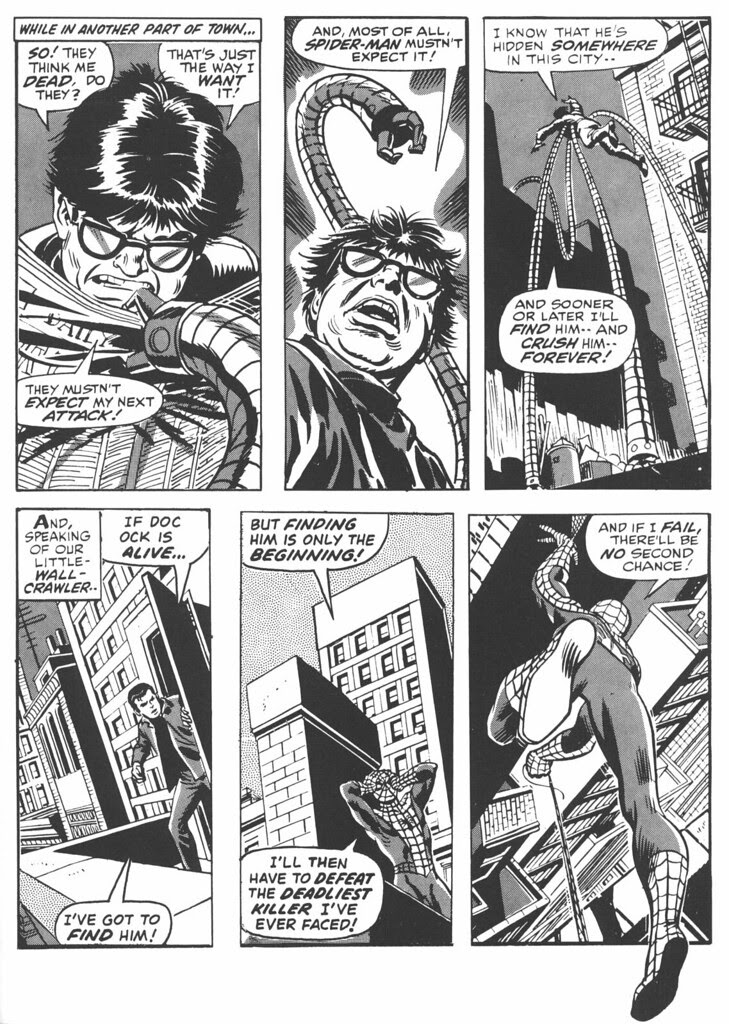 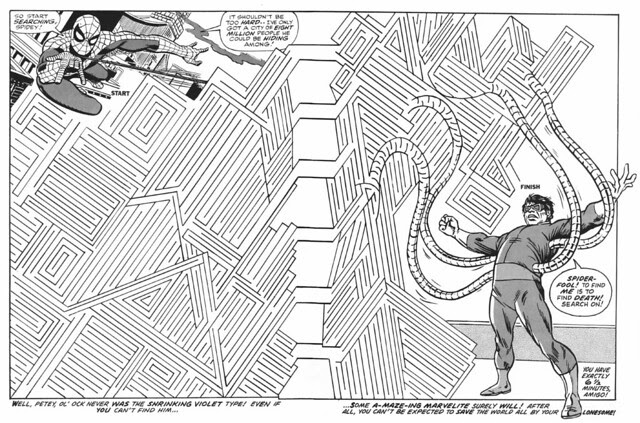 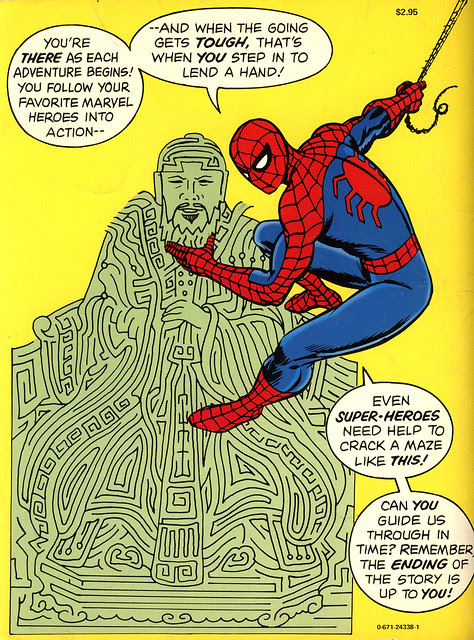 This wraps up Marvel Mazes, but that's not the end! 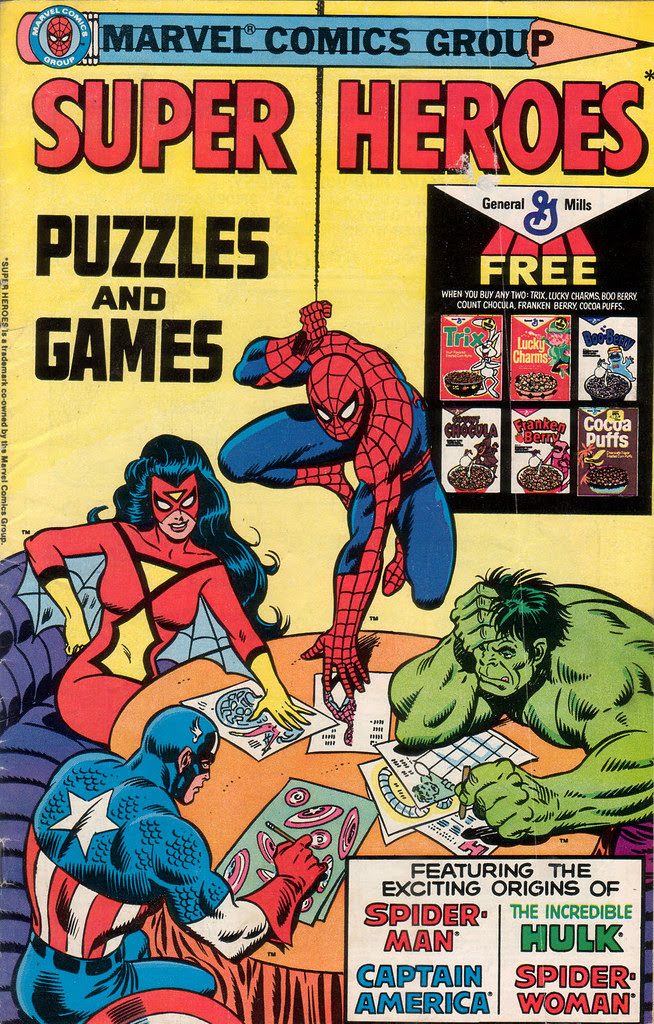 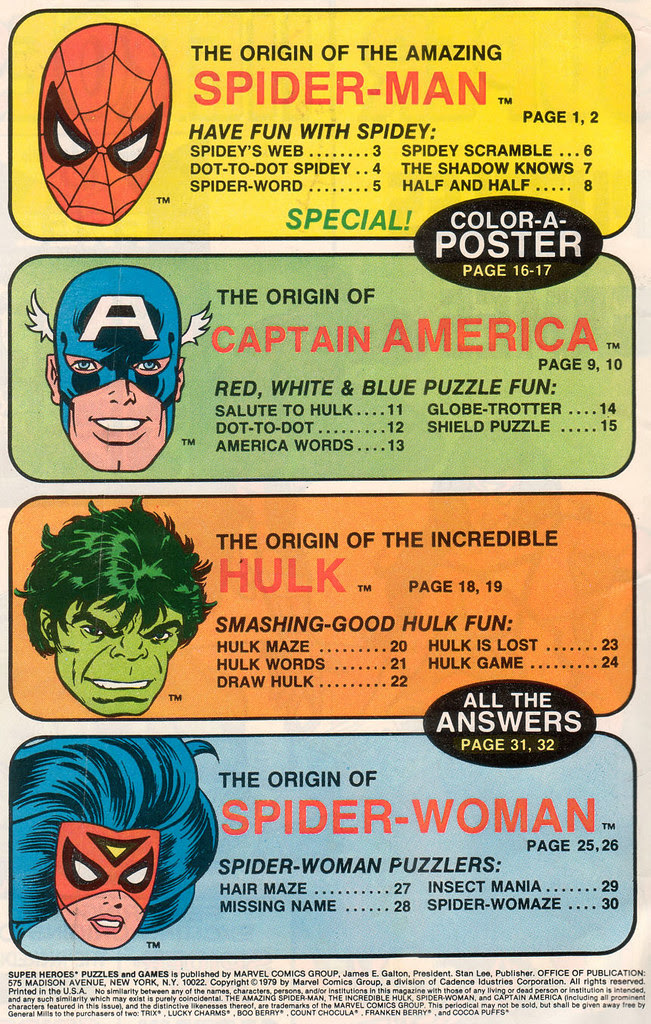 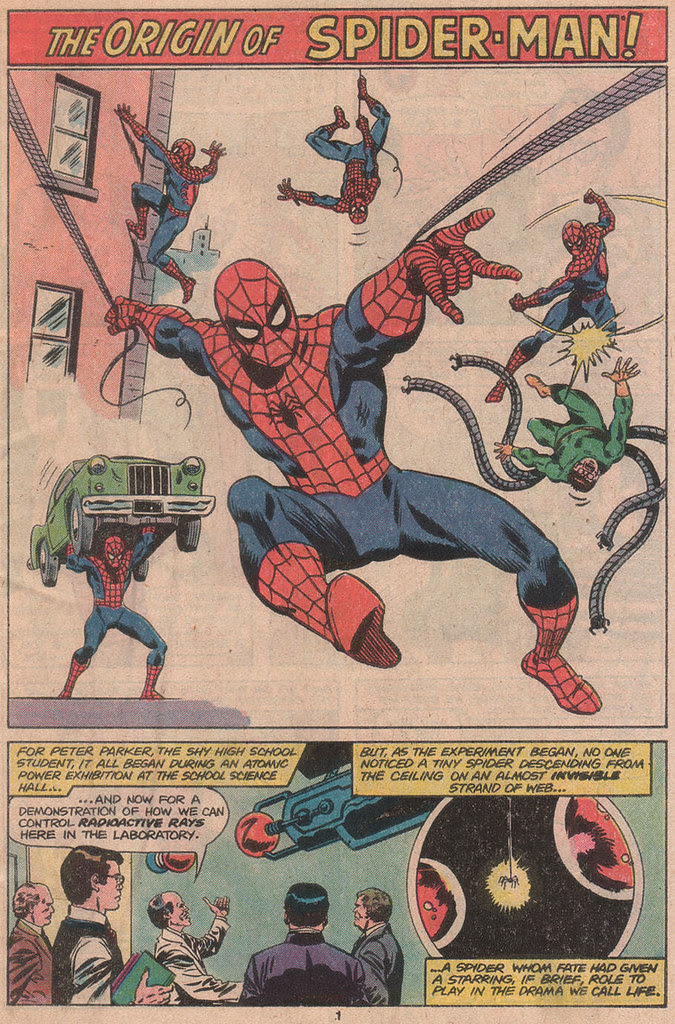 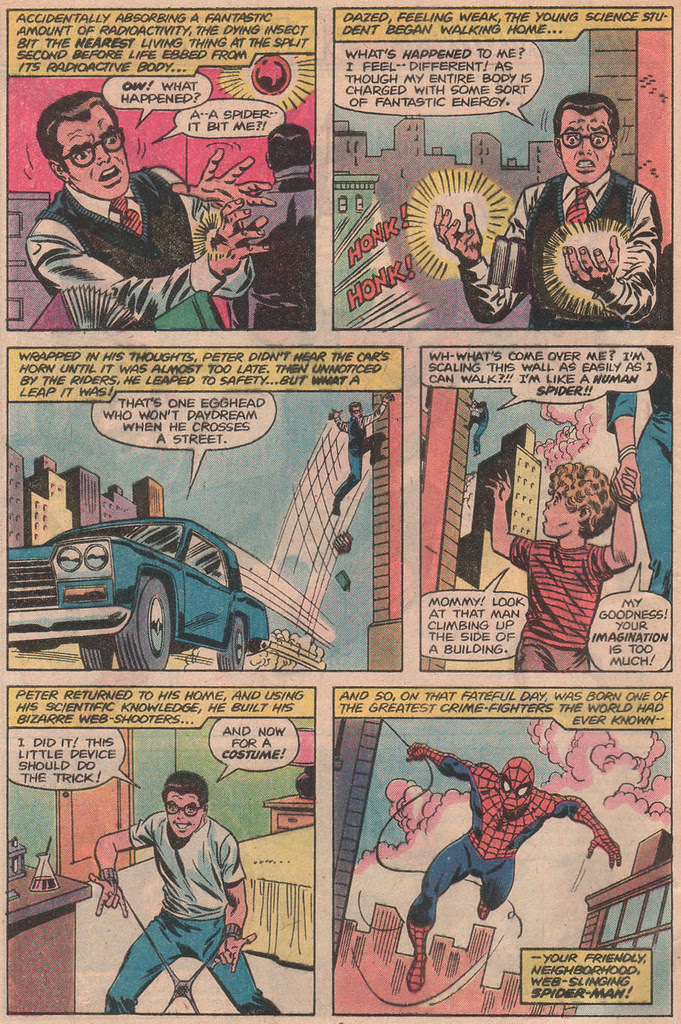 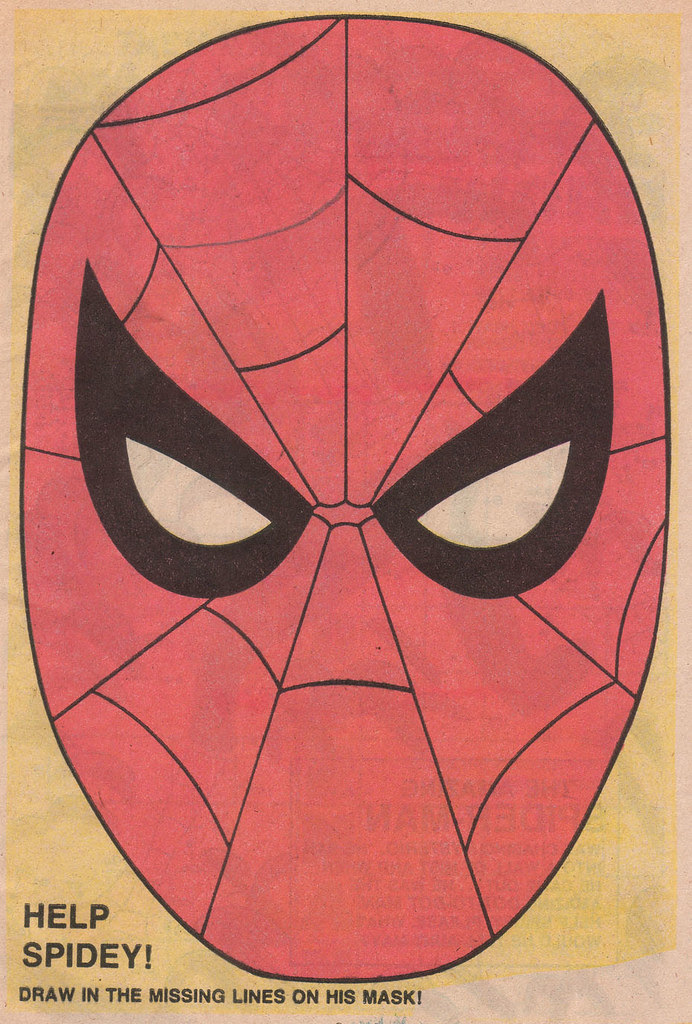 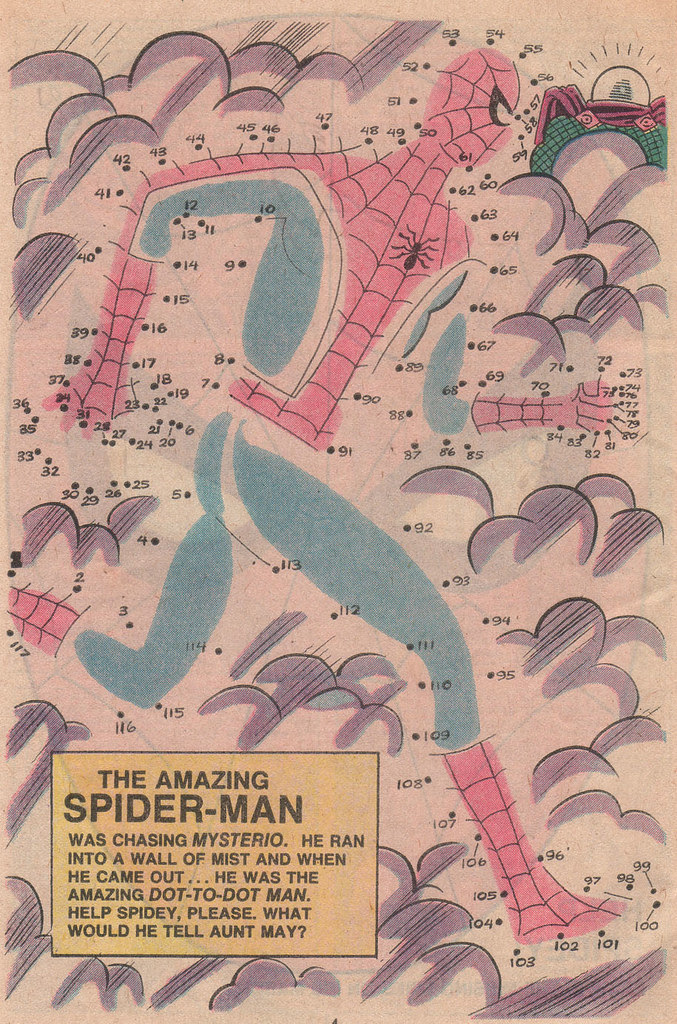 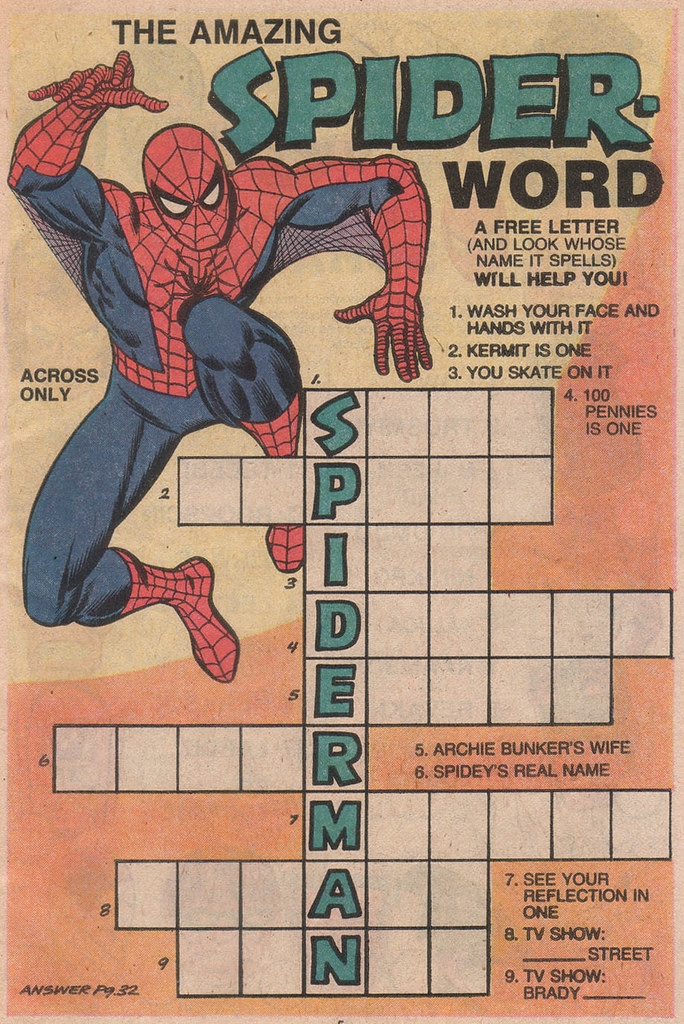 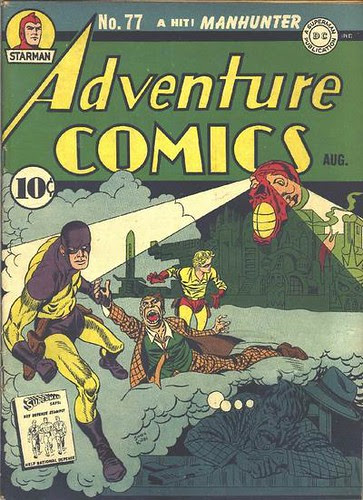 First up in this week's edition of Kirby Kovers is the cover for Adventure Comics #77, featuring one of the Simon and Kirby dream covers that they were known so much for with Sandman and Sandy!

What is This Worth?

I was saving this for later, but since today's scheduled post didn't show up, here's an essay to peruse:

What is this worth?

One of the most common emails I get thanks to my various blogs is from people asking me how much something is worth... Usually, they have an item, some kind of collectible, and when they googled it, they came across a photo of the same thing or something similar, so then they email me, often with pictures, to ask me the value of it (the next most common one is someone asking me if I'd be willing to sell something I have a photo of, obviously from people who don't know that the vast majority of pics I post are photos saved from old eBay auctions).

Now, I may not be the best person to ask the value of something, especially if its not something I personally collect. I can tell someone what I'd be willing to pay if I were looking for that item myself, but that's about it.The bottom line, and what I always end up saying, is that something is worth whatever someone else is willing to pay for it.

A long time ago, I used to be a regular seller at comic and toy shows in the Seattle area. Now, comics and action figures have price guides available, and there are price guides for other toys as well... The problem with these is that at best, these are the values of these items as they went to press. They can't be that up to date.

When I priced my comics and toys, I didn't go back and change them every single time a new guide came out... In fact, I didn't even price them at the guide price to begin with (I usually priced 10% below). Not only that, I would always consider offers at the shows. Oh, there were times when a particular book ended up becoming "hot" and prices would go up, and some lucky person would buy the book from me for half of what the other dealers had it for... But that was okay. I wasn't there to not sell stuff, I was there to sell it. Let us say that I had a copy of, oh, Wolverine #1, the miniseries. According to the guide when I priced it, it was worth $20 at the time, so I'd price it at $18. Hey, I bought it for cover price (what was it, 60 cents?), so that was an excellent profit margin. Well, before the next comic show, an update comes out, and now it's supposed to be worth double that. If I were to go through my stock every time a new guide came out and repriced everything, the time. It would take wouldn't be worth the extra money I might make on the changed items, assuming they sold. So, at the next show, someone wanting that comic would see other dealers selling it for $40, then they come to me and find it for $18... Who do you think they're buying it from?

Oh, there would be times someone would say, "Oh, man, I just bought this from another guy and paid way more!" These people would look for me at the next show before looking at other dealers, and I had a pretty good customer base. Eventually, other dealers would come to my table before the show even opened to buy stuff from me they could mark up and sell themselves. Some shows, I think I made more from other dealers than buyers! But I digress.

As I said, something is worth what someone else will pay for it, but how can you figure out what someone is willing to pay? Well, one way is to use eBay... From what I've seen, even guides are using eBay for some of their research. You can search closed auctions to see what things sold for -- or what they didn't sell for. There are times I've seen something offered for sale at a yard sale that I thought would be worth more than the price, but when I got on my iPhone and looked it up, not only would I find it wasn't selling for that much, there have been over a dozen recently ended auctions where they didn't sell at all, even at a lower price.

And you have to realize that eBay prices aren't the same as comics shoe prices, or antique store prices, or yard sale prices. eBay prices can be weird... One week something might go for $50, and the next week the same item could go for $10... It all depends on whether or not more than one person is looking for a particular item or not. And sometimes, when people are competing for an item, they let their common sense go out the window in their effort to win against someone else. I've had Wonder Woman comics I bought for a quarter sell for five dollars or more because there were two buyers going crazy.

Comics and toy shows can be a mixed bag... Some dealers may specialize, and there may be people who are more willing to bargain than others, but usually you can negotiate prices, especially if you're buying more than one thing and you have cash on hand. I've found some great bargains at these shows. These can be a good place to learn the apparent value of an item, although you my need to bring it with you so people can look at it. But remember that if a dealer offers to buy it, they may only offer you 30-40% of what they think they can sell it for.

Comic shops aren't always the best place to establish values at. A lot of shops these days are finding themselves struggling to get by , and most aren't looking to buy anything, they're trying to sell. Possibly larger stores may be able to give you an idea of the value of something, and in the case of comics, they can help you at least determine the condition.

Antique stores are the worst, in my opinion. A lot of these shops don't have the knowledge about geeky items, and will price things on an arbitrary basis. I think they believe that what they have is so one of a kind that you'll be willing to pay what they ask. Now, I do like checking these places out, just to see what they have, and maybe I'll find something I want at a good price... Sometimes at a very good price... But most of the time, if I find comics for sale at these places, they're asking way too much for very common items.

Garage sale prices tend to be the lowest of all, and that's great for collectors, but buyer beware: there are people who get it into their head that they have to get top dollar for something. Fortunately these type of situations are getting rarer.

So, what's the final answer, when all is said and done? Do your research. See if your library has price guides, look at eBay sales, ask yourself if you were going to buy that item what would you pay for it? Ask yourself whether or not you really want to sell it... If you find yourself trying to get more money for any item than anyone's willing to pay, maybe you really want to keep it. Don't be afraid that you might sell something for less than top dollar. If you really want to see how much something will sell for, the only way is to sell it, the you'll know.

I was originally planning on posting this as a Fandom Library installment, but then I realized it fit the Monster Magazine theme better... so here it is! 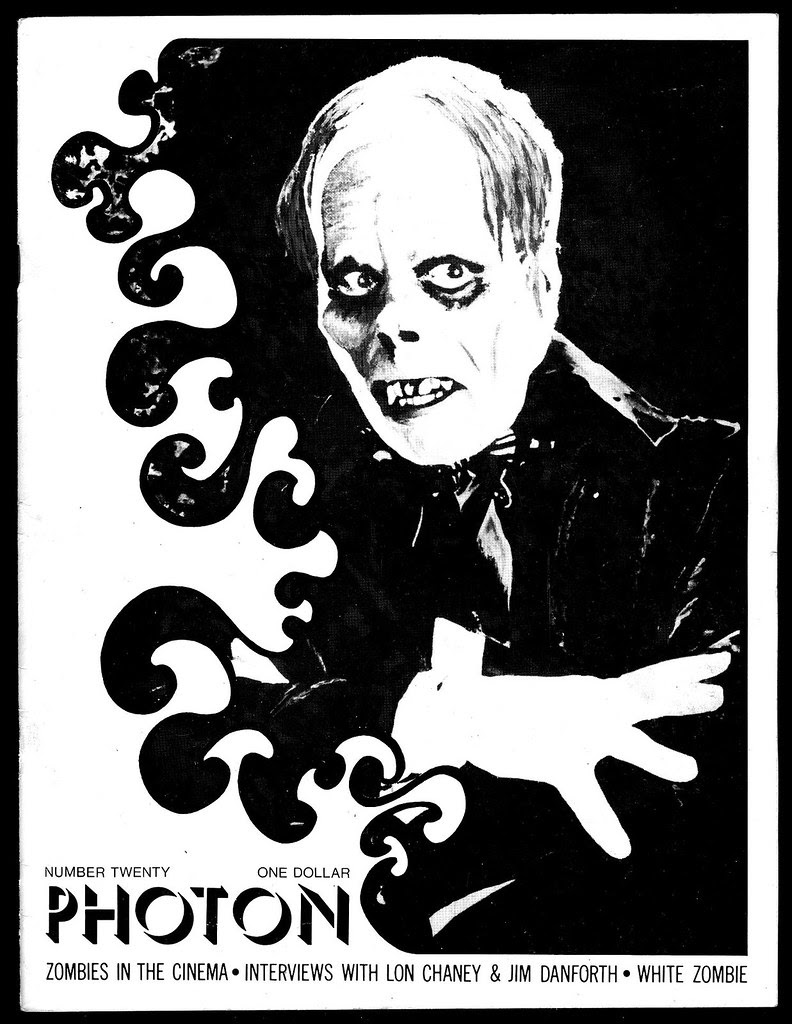