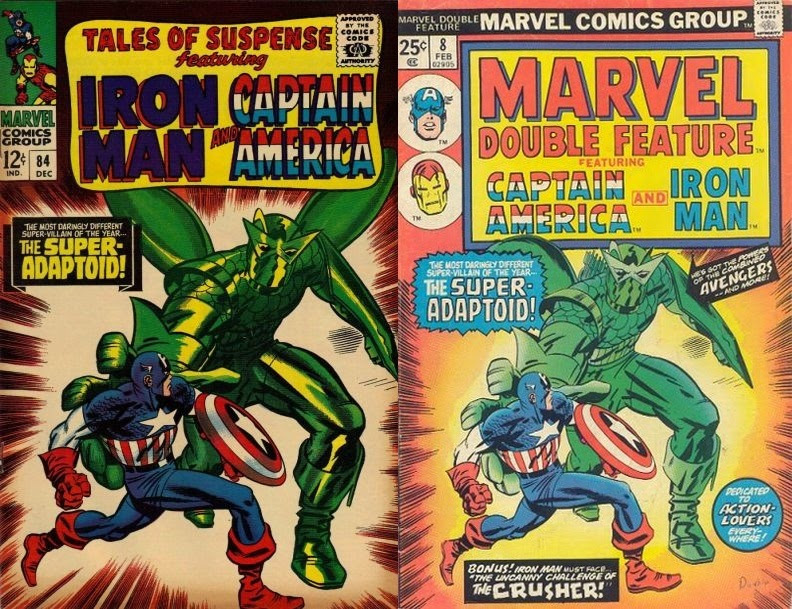 First up this time is Tales of Suspense #84, followed by the reprinted version used for Marvel Double Feature #8! Now, at first glance, it almost looks like this was redrawn for the reprint, but I think this is a illusion due to the different coloring. Certainly, the image is smaller on the reprint, and I suspect that most of the impact lines around Cap and the Adaptoid are new for the reprint. Also note that the Adaptoid's wings have been redone -- one is actually missing entirely!
Click for more ->
Posted by Jon K at 12:01 AM No comments: 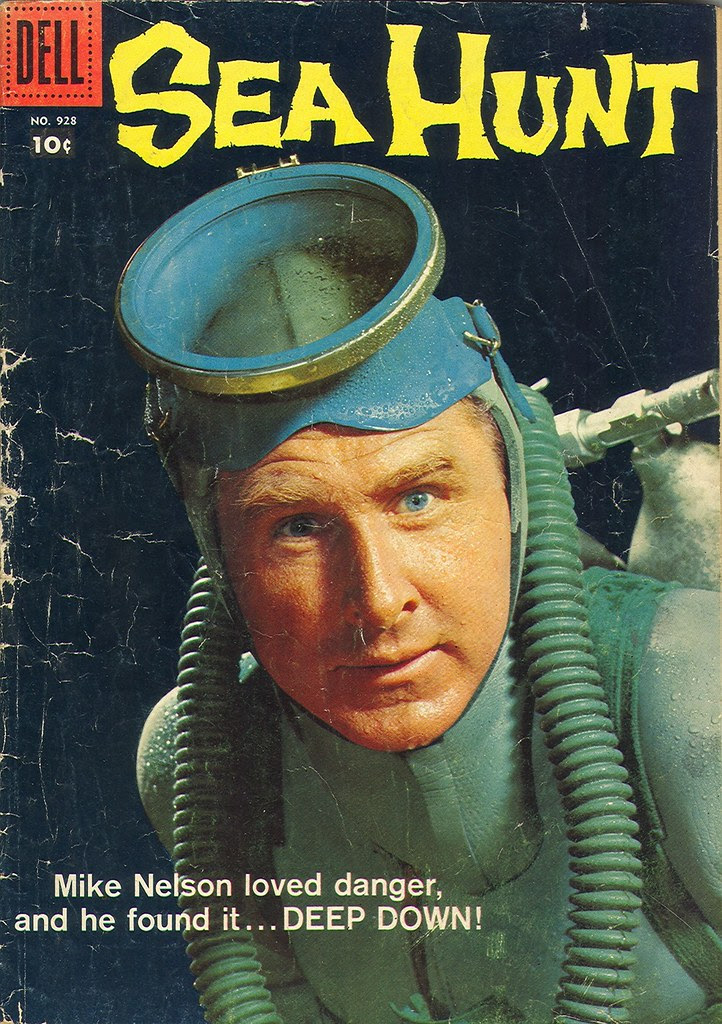 Email ThisBlogThis!Share to TwitterShare to FacebookShare to Pinterest
Labels: Hanna-Barbera, It Oughtta Be...

This time around, I'm finishing up with the Beatles bubble gum cards! 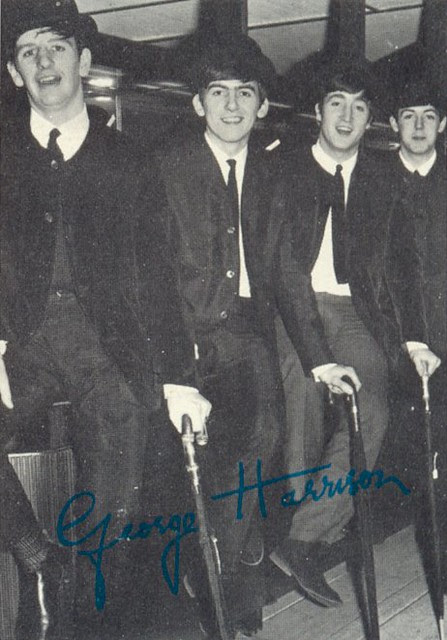 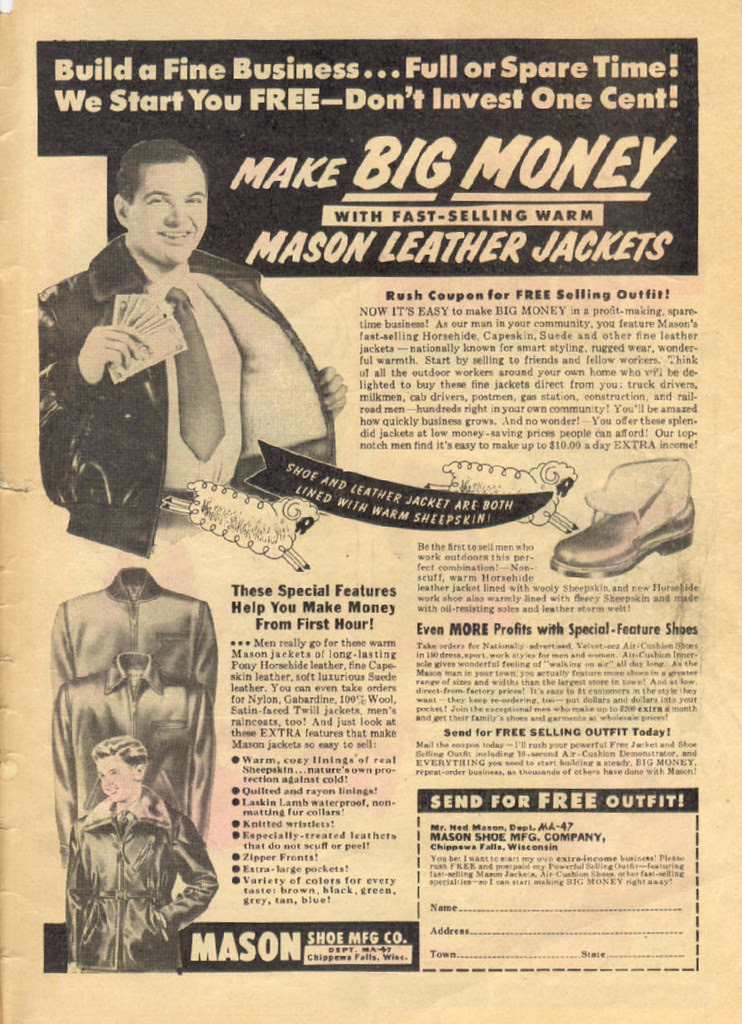 When I wrapped up Comic Book Ads Week, I had an ad posted for Mason Shoes, with its promise that you could sell shoes part-time to make money. I guess that worked well for them after all, because here's an ad from Best of the West #5 where they've expanded their line to leather jackets!