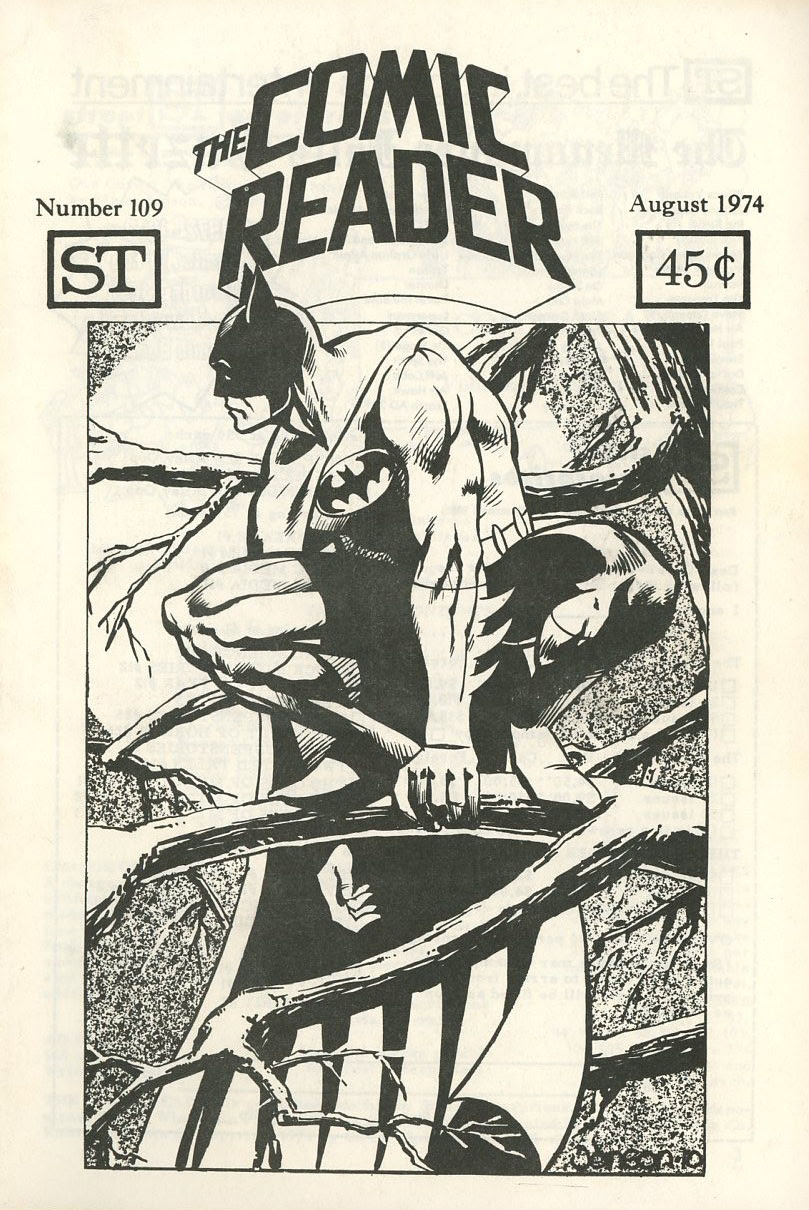 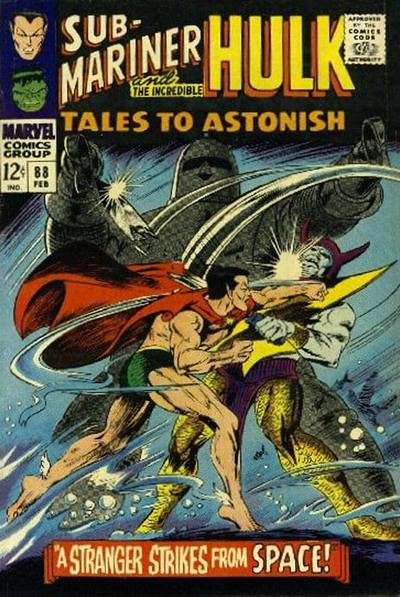 Title: “Boomerang and the Brute!”

Hulk Intelligence: Pretty much the standard Hulk brute who wants to be left alone

Plot: The Hulk has just defeated the Hulk-Killer robot, and is suddenly seen as a hero! Ross doesn't like this, and neither does Talbot, while Betty's happy the Hulk's okay. The media start to crowd the Hulk, shooting flash photos that annoy him, but before he starts to rage, Betty tries to calm him down. Meanwhile, at the White House, President Lyndon Johnson is watching this on TV, and believes the Hulk's proven that he's no threat to national security. He sends a message to Ross via telephone. Back at the scene in New York, Boomerang looks over the situation unseen, and since he still seeks to destroy the Hulk, he tosses one of his explosive discs as Greenskin. This, of course, makes the Hulk think he's being attacked, and he picks up a police car to threaten his attacker while everyone flees! As Ross tries to set up a constraining perimeter, Rick Jones approaches and insists it was Boomerang who started the Hulk's rampage, but Ross doesn't want to listen. Desperate, Rick approaches the Hulk and tries to calm him down, but when the Hulk spots a soldier aiming a bazooka at him, he smashes the ground with his fists and bats Rick aside. Boomerang, watching this, feels that if he defeats the Hulk now, he'll be seen as a hero! The Hulk bounds away, leaving Ross angry... but at this moment, a messenger arrives with a dispatch from the president, saying if Ross believes the Hulk is no longer a menace, he can grant him amnesty. After recent events, Ross decides to tear up the telegram. Meanwhile, Boomerang pursues the Hulk outside of the city, using his boot-jets. However, as the two get into a wilderness area, the Hulk spots Boomerang, and starts chasing Boomerang! Tricking the Hulk into landing at the bottom of a cliff, Boomerang uses a blast disc to start an avalanche to bury the Hulk, but Greenskin bats the rocks away. Boomerang then blasts the ground out from under the Hulk's feet, causing him to fall, and when the Hulk leaps back, he uses a disc containing tranquilizer gas! The gas starts to make the Hulk weak and numb, so Boomerang gets up close and personal, and starts punching him! The Hulk still has enough power to swat him away, so Boomerang decides to fly to a dam at the end of the canyon and destroys it, sending a wall of water at the woozy Hulk! Flying back, Boomerang taunts the Hulk as the water approaches, but this makes the Hulk mad enough to hit the nearby rocks, causing a semi-sonic boom that sends Boomerang against the side of the canyon, shattering Boomerang's jet-boots. The Hulk starts changing back to Bruce Banner, and Boomerang, realizing he's also broken his leg, asks the transforming Hulk for help. The Hulk grabs Boomerang and tries to leap out of the approaching water, but he's not strong enough, and loses his grip on Boomerang as he finishes changing to Banner, sending Boomerang to his apparent death in the water below. With his last vestige of consciousness, Banner pulls himself to safety before passing out.

Notes: I always liked Boomerang... at least, I did when I first encountered him in the Marvel Super-Heroes reprints! The idea that a guy with boomerangs thinking he could take on the Hulk was appealing to me. Of course, Boomerang got better, and got a different costume for his next appearance.

You know the drill, right? Puzzles here, solutions after the jump! 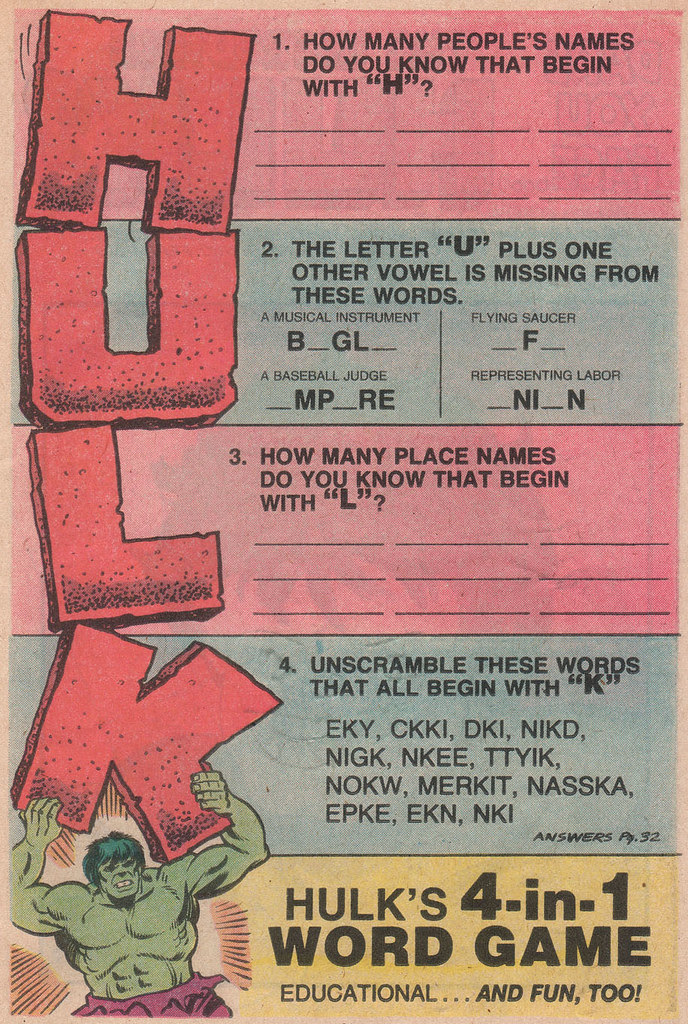 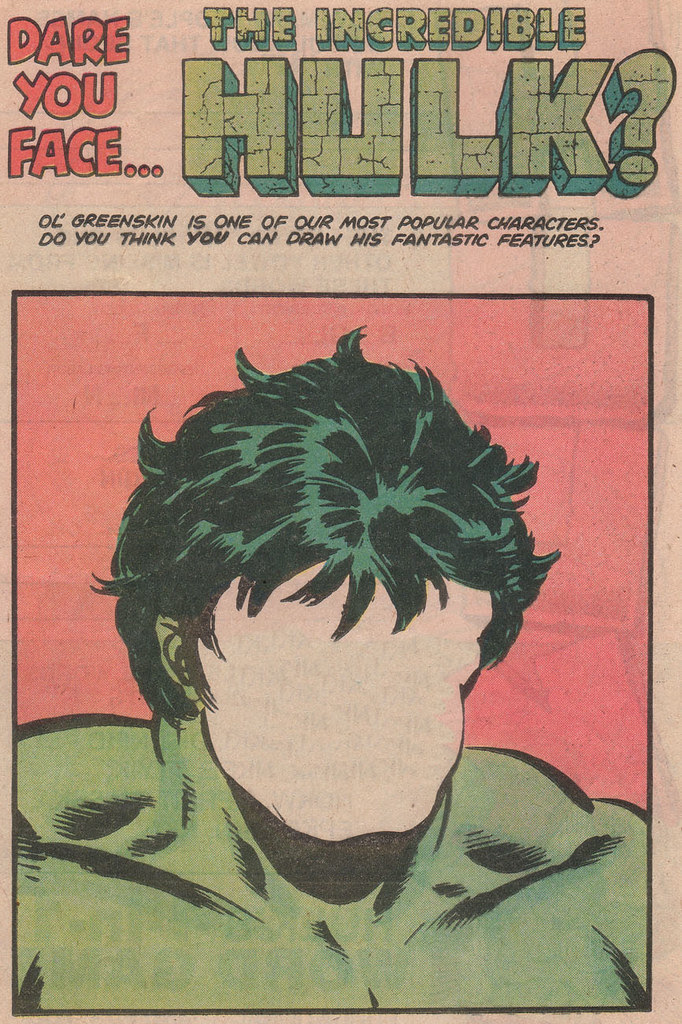 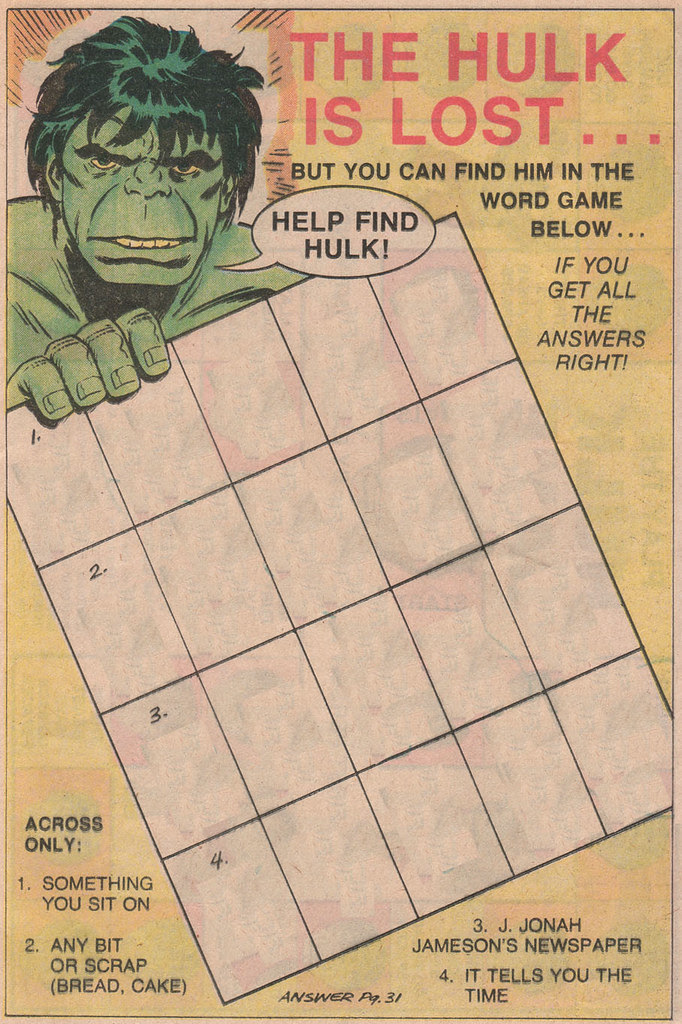 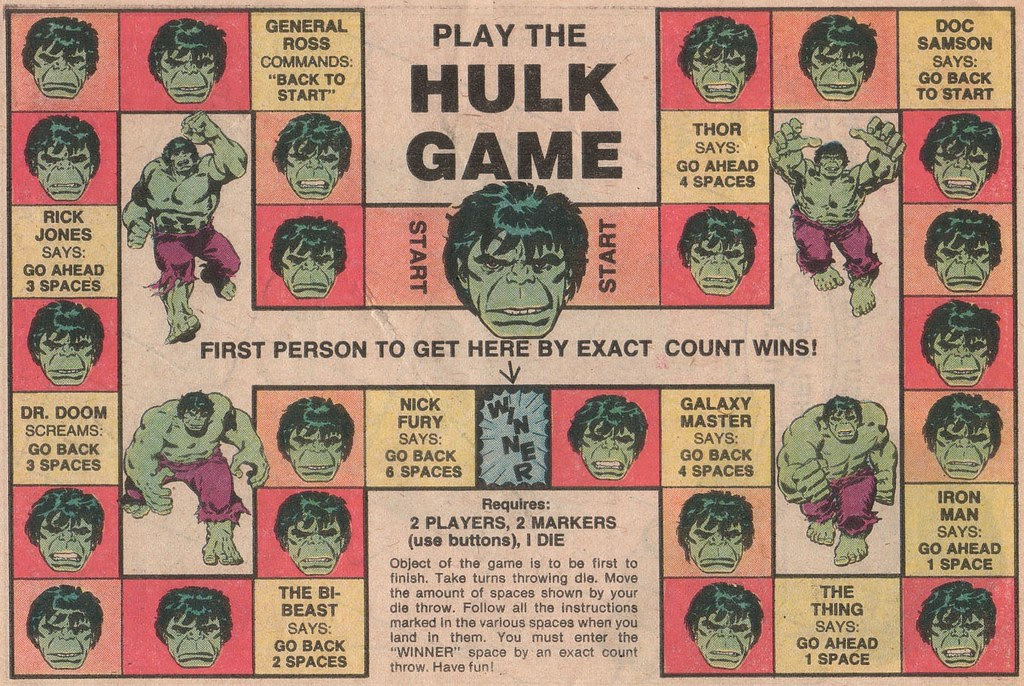 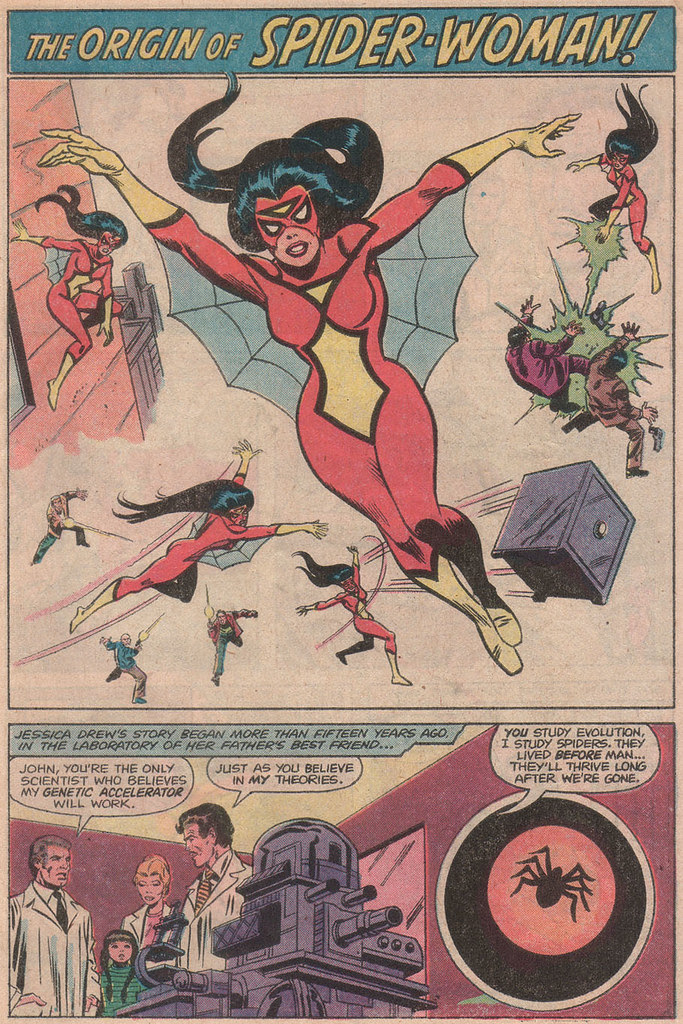 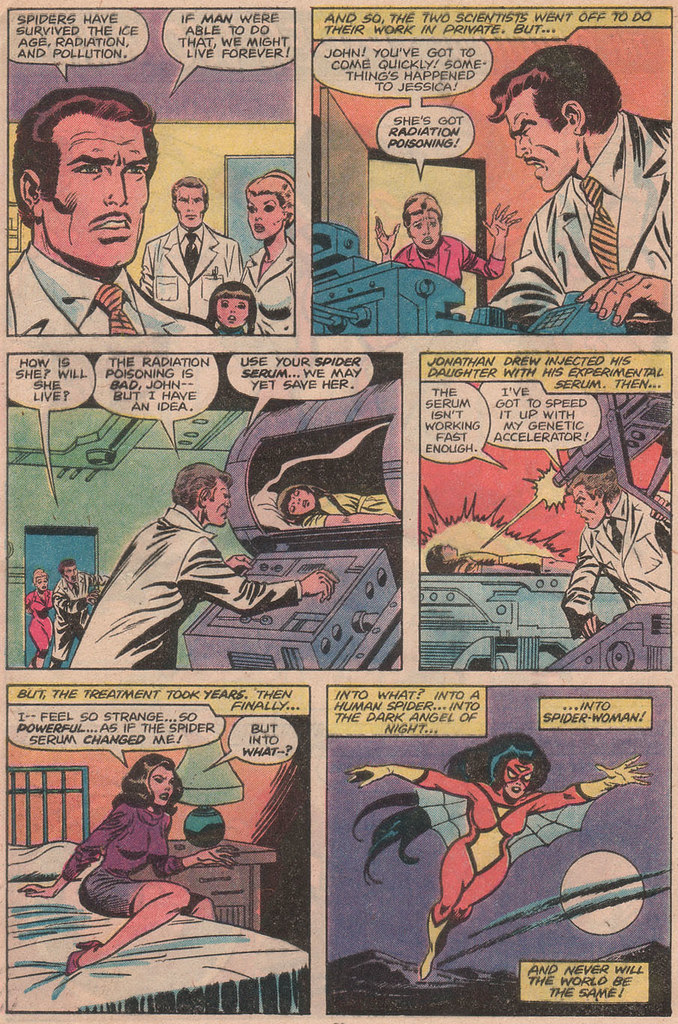 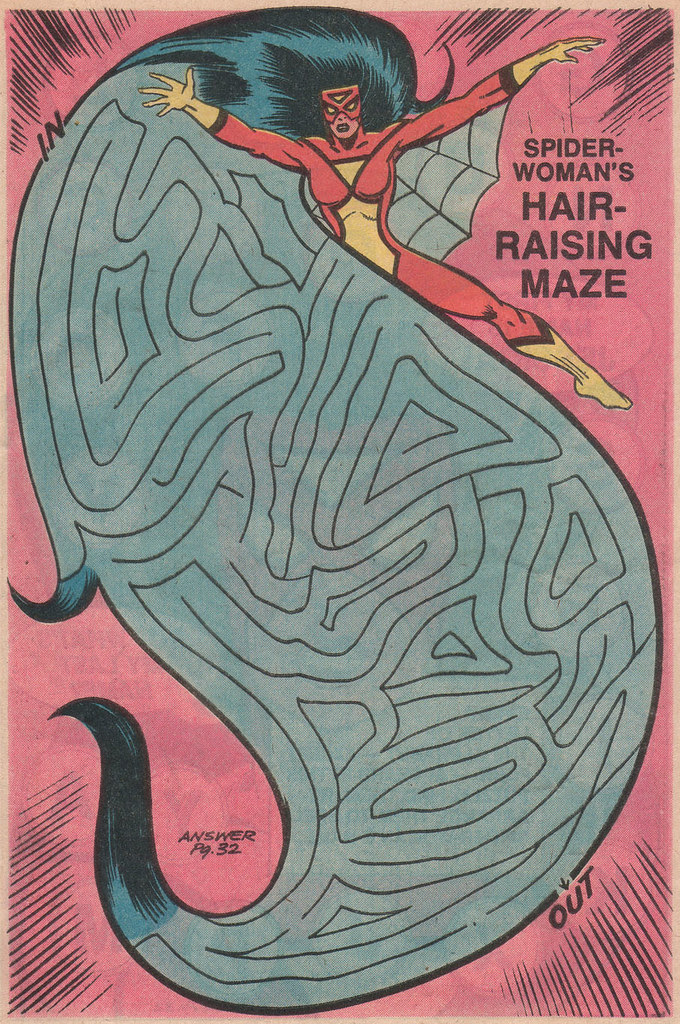 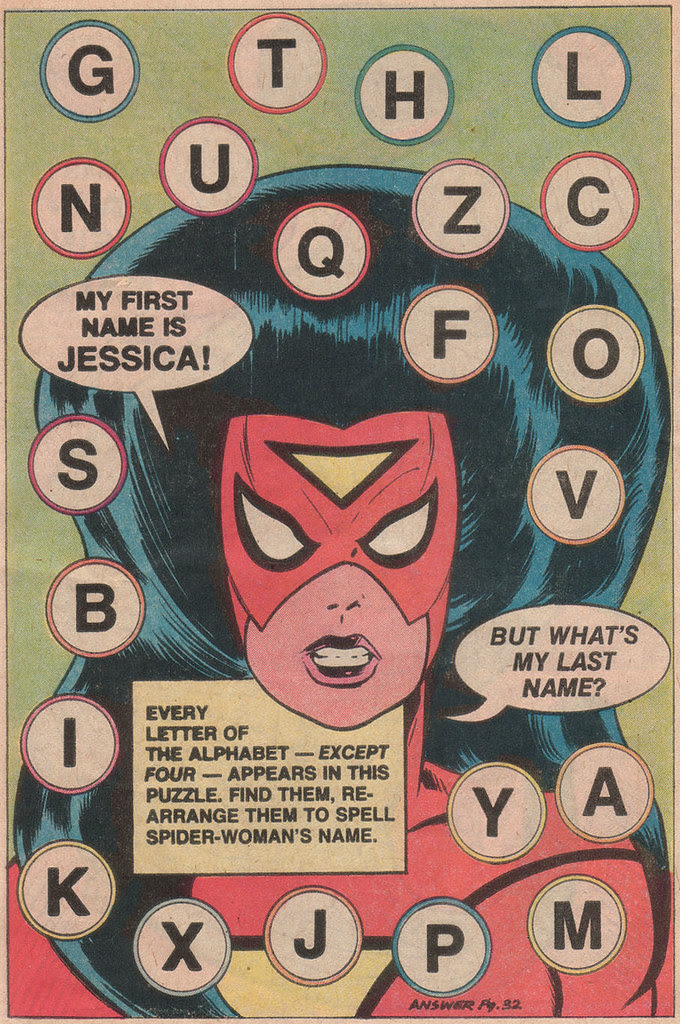 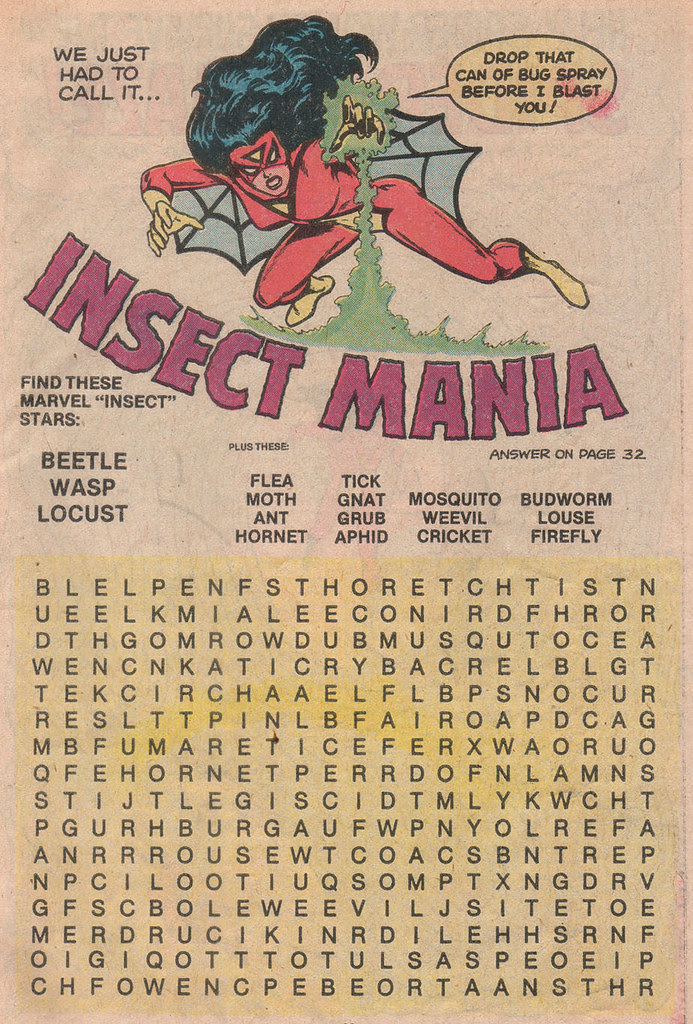 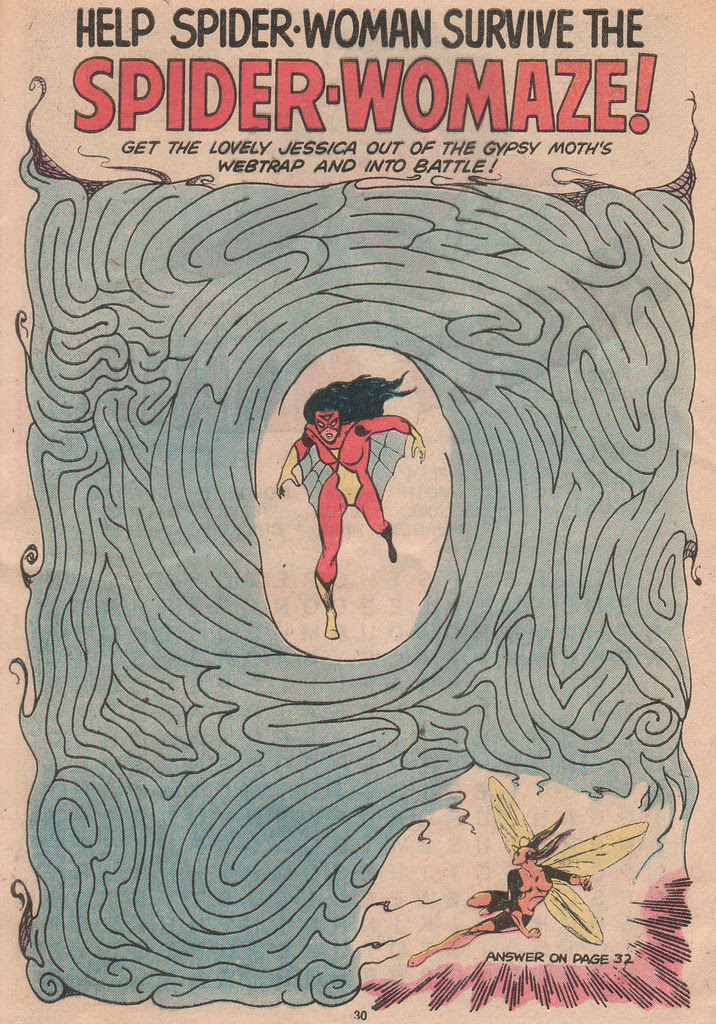 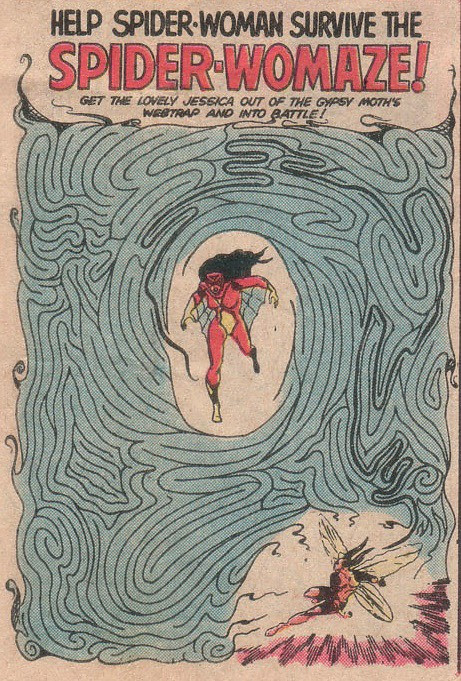 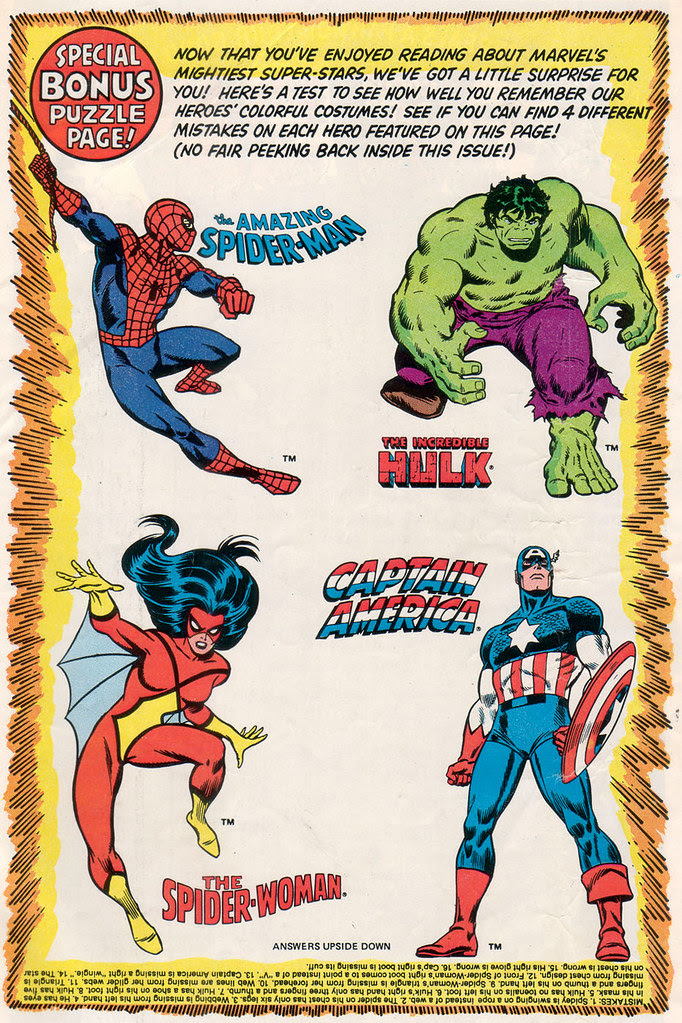 Time for another parade of comic book covers by the legendary Jack "King" Kirby! Enjoy! 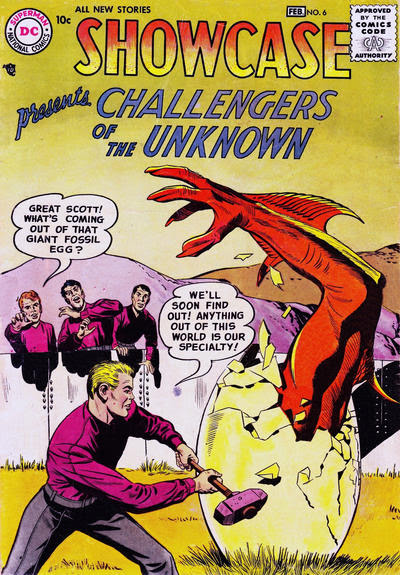 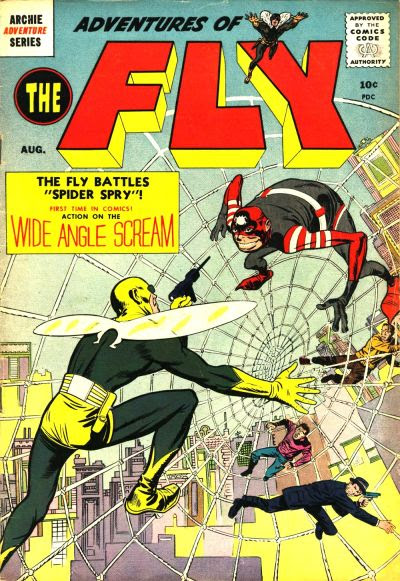 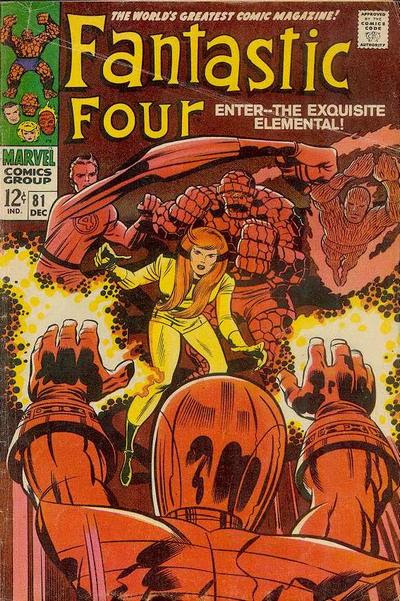 Time for Monster Stuff! This time around, we start with some "I Was a Teenage Frankenstein" items: 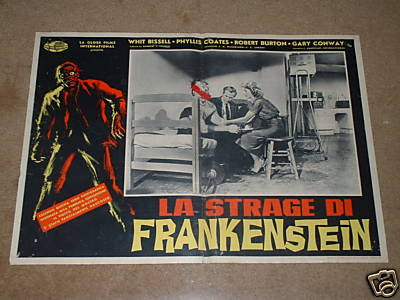 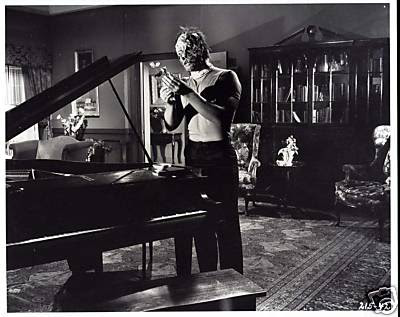 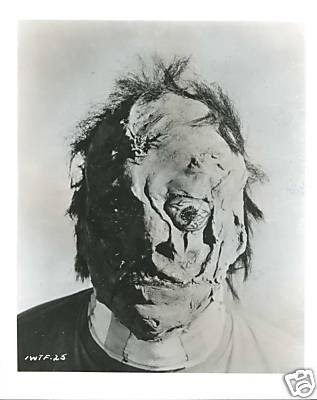 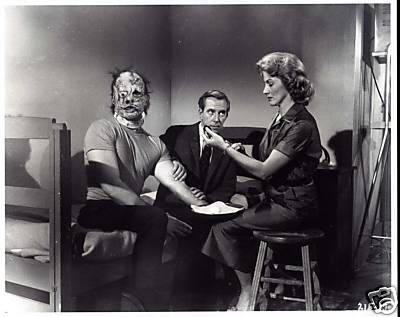 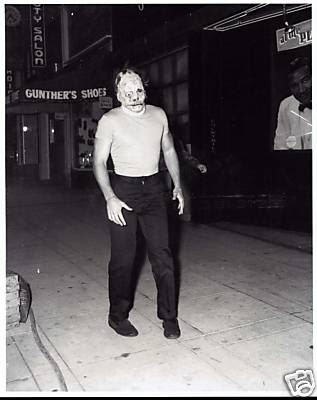 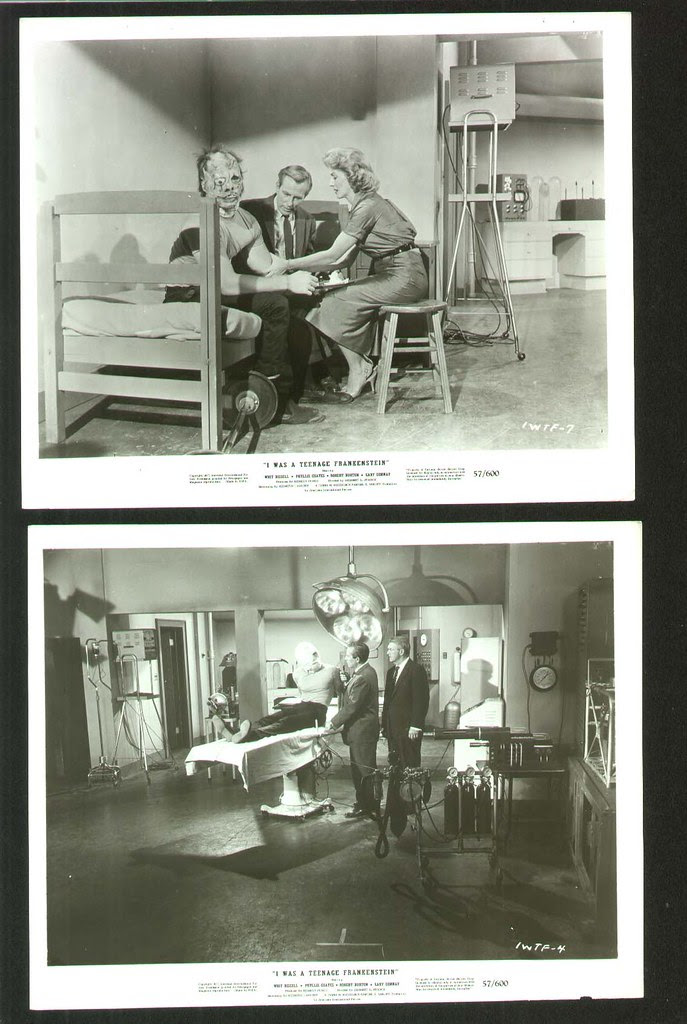 A smattering of stills!

More monster stuff after the jump!