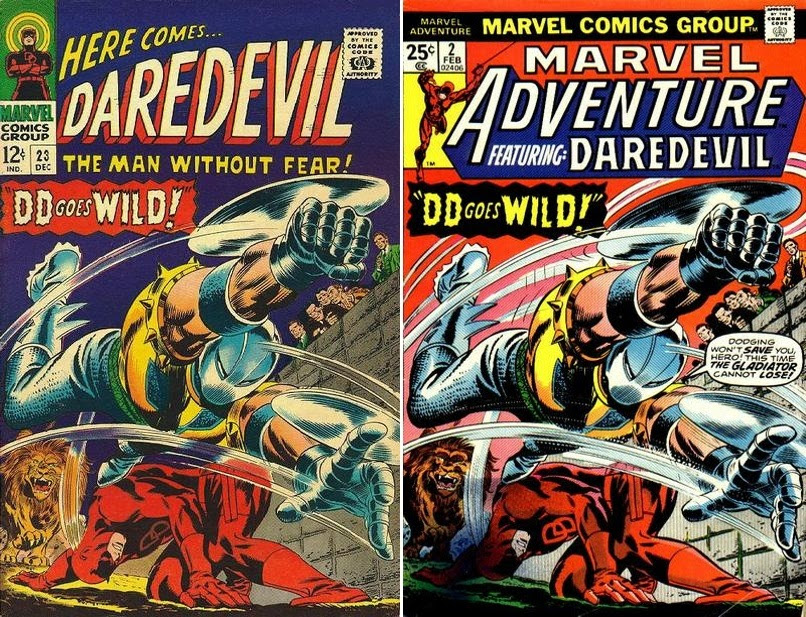 First up, it's Daredevil 23 and the reprint in Marvel Adventure #2! Obviously, a stat was used for the reprint, given how some of the detail's been muddied, and a balloon was added for the Gladiator, but there's also new speed lines added, too!