This installment begins with some of the Aurora Monster Scenes kits! 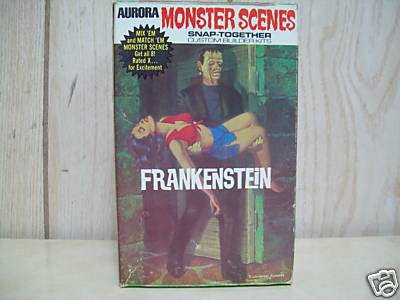 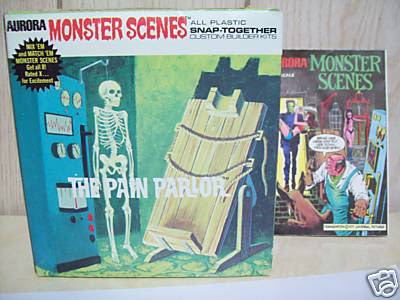 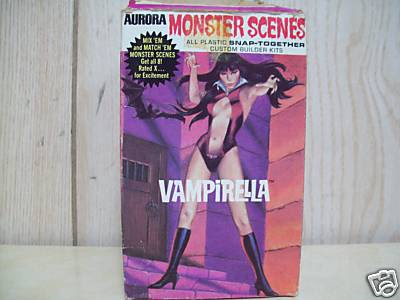 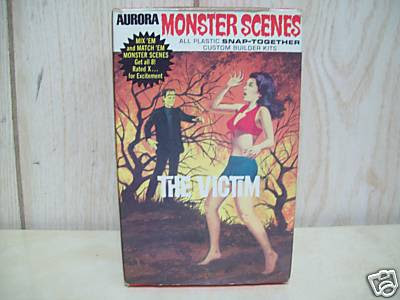 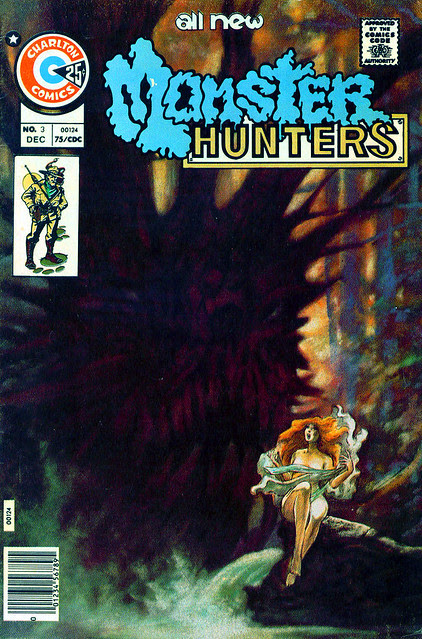 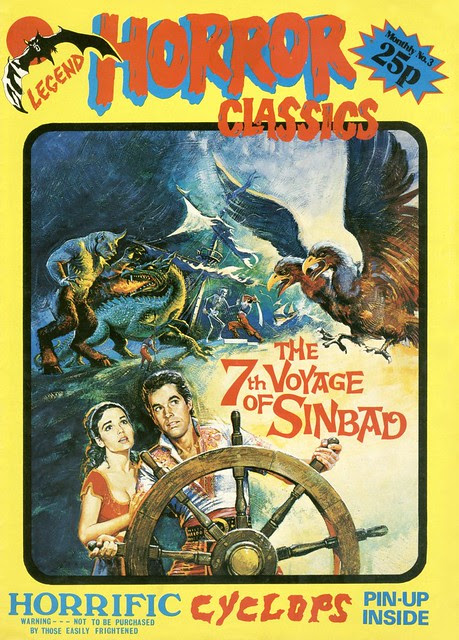 Another gallery of faked-up covers for comics that were never published... but often, I find myself wishing they were! These are all from my made-up Charlton title Drive-In Movie Classics. 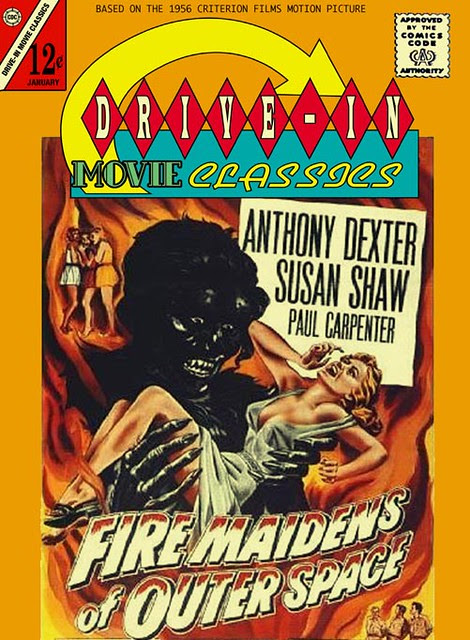 Email ThisBlogThis!Share to TwitterShare to FacebookShare to Pinterest
Labels: comics they never made, halloween

Time for another roundup of news items about various things going on in my life! Let's begin!

I really must do these more often, because I sometimes forget what I'd written about before, at least so far as different aspects of my life. Anyway, for the past several weeks, I've been working at the local Walmart as a Backroom Associate. The position has me working nights, from 10 pm to 7 am, which fits in okay with our home schedule, more or less... my wife Jessi leaves for work at about 6:30 in the morning, and I'm home about 7:20, so we have a sitter coming in on days I'm working to watch the kids until I'm home. It's been a challenge working nights, but at least unlike in the trucking business, I know ahead of time when I'll be working, so I can plan accordingly.

There are two basic parts of my job: The first is picking. What this involves is the use of a handheld Gemini scanner, and I (along with my coworkers) begin our shift by going through the "bins" of dry grocery items (these can range from coffee creamers to soup to canned vegetables to flour), scanning the bar codes, and pulling cases of items that are indicated as needed. Once these are all pulled, we sort them out according to what aisle they belong to, and roll them out to the stockers. As time permits, once that's done, we'll then go on to picking for other departments, such as candy, pets, health & beauty, cosmetics, and so on. These are all grouped in the general category of consumables, as in they're items that are intended to be used up. The other side is general merchandise (such as clothes, automotive, toys, etc.), and sometimes I'll do some picking for that side of the store as well.

All this must be done by 2:00 am, which is when my shift goes to lunch. After lunch, it's time for binning, which means putting overstocked items back in those same bins. Sometimes we'll see the same items come back that were picked before, but most of the time it's new merchandise that was received by truck earlier in the evening, with pallets being brought out to the sales floor. New merchandise not only needs to be scanned before being put into the bins, but they also must be labeled with stickers printed out on portable printers that the Gemini handhelds are linked to.

It's a very exhausting job, involving a lot of lifting, but it also has its benefits... last week, I lost seven pounds thanks to the work involved!

A Tragedy... and Then Renewal

I've written before about the two cats we added to our family, Olive and Princess. What I don't believe I mentioned was that we had decided to get into fostering boxers. As you know, our dogs KO and Krypto are both boxers, and since adding the cats seemed to be an easy transition, we figured we could foster a boxer from Northwest Boxer Rescue. This seems to have been a mistake on our part. The first dog placed with us was a boxer named Madden, and at the beginning, he seemed to fit fine with us. He got along with our dogs, and didn't seem at all interested in the cats. This didn't last long, and a few weeks ago, while I was sleeping and Jessi and the kids were at work, I awoke to hear a cat screaming. It was Princess, being attacked by Madden. After separating them, I didn't at first realize how injured Princess was... until I discovered she was bleeding. I got her into the van and started heading to a vet to get her treated, but it was too late... I wasn't even a block away from the house when she died. This shook me quite a bit, especially since of the two cats, she was the one who was the most social... she would come to us for attention, and seemed to have reached a detente with the dogs. I returned to the house, and buried her in our flower bed. During all this, I called Jessi at work and let her know what happened so she could arrange to have Madden placed in a different home.

I waited for Jessi to get home before breaking the news to the kids, and they were shaken up by it themselves. We all went to bring Madden to his new foster person, and after the kids were put to bed, we talked about whether or not to get another cat. The reason we'd got the two cats in the first place was to help the kids get over the loss of Krosby, and then this had to happen not too long afterwards.

A few days passed, and we decided to go ahead and get another cat, as well as to hold off for a while on fostering another boxer. The kitten we got was from one of Jessi's coworkers, a grey kitten with white paws and belly, with fluffy fur. She's about half the age of Olive, and after going through several name ideas, I suggested that we call her Puff, as she looked like a Puff to me (you may recall that Puff was the name of the cat in the old Dick and Jane stories), and that name stuck. Puff was just what we needed after losing Princess... she's extremely tolerant of Desi picking her up and carrying her around, and she loves to be held, too. She's so docile that the other night, when Jessi and I were using a flea comb to get the fleas off of her (an ongoing problem we've been having with our pets this summer), including washing the comb off with water as we got fleas off her, she fell asleep in the middle of the process! It's safe to say that we've all fallen in love with her, although we still miss Princess.

We are being extra careful with both cats, even though we don't think either of our dogs would attack them... our baby gates at the top and bottom of the stairs stay closed all the time, and the dogs are stuck downstairs, at least until we feel confident that they can coexist.

Anyone Going to Jet City?

The next comic show in the area here is the Jet City Comic Show, a one-day event being held on November 2 in Tacoma, Washington. Unfortunately, since I don't know my work schedule that far in advance, I can only say that I'm tentatively planning to go, probably with Jessi and the kids. If you're planning to go there yourself, look for me... I'm sure I'll be wearing my black Big Bang Theory t-shirt with the cast depicted as superheroes, although I'll likely have a coat on as well. But I'll be the big tall guy with glasses and long brown hair, probably tied into a ponytail, and looking through all the bargain boxes dealers bring with them.

Countdown to Halloween: The Many Ghosts of Dr. Graves #7! 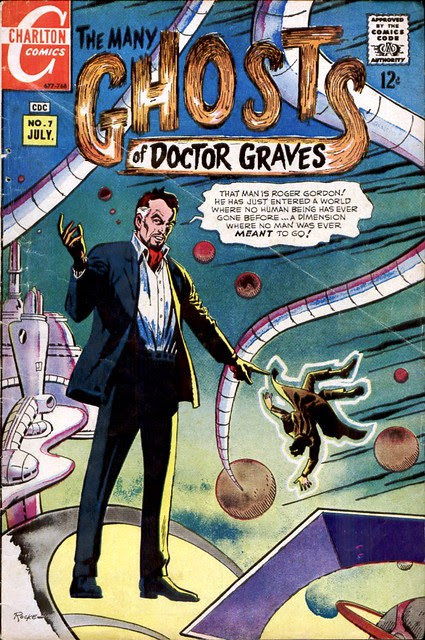 Countdown to Halloween: Halls of Horror #25! 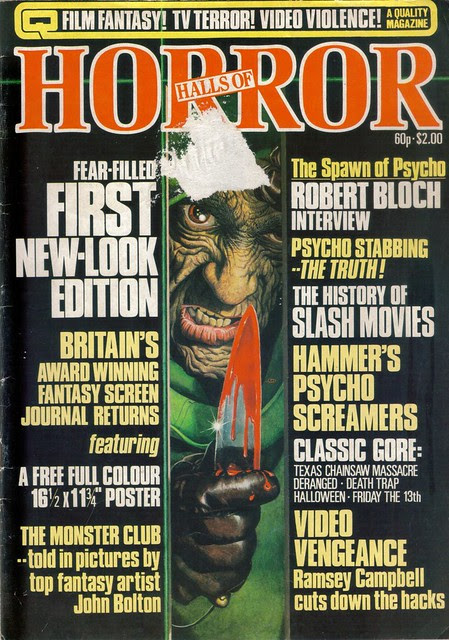 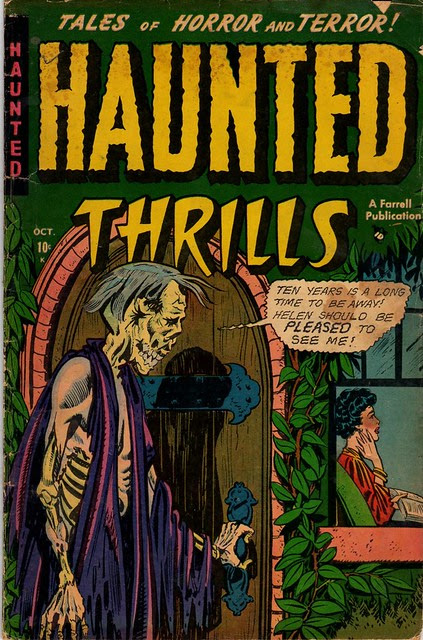