I may have posted one of these before, but here's all three videos created from Star Wars Give-A-Show Projector sets. The first two are the Kenner sets based on Star Wars and The Empire Strikes Back, and this is followed by the UK Star Wars set, which is rather odd!

Something this time that I'd been looking forward to posting for a while... This was something I really wanted when it originally came out, and I'm pleased to share it with you guys this time around! If you want to get higher-resolution versions of these, clicking on them should open up a page in Flickr, and you should be able to get them there. 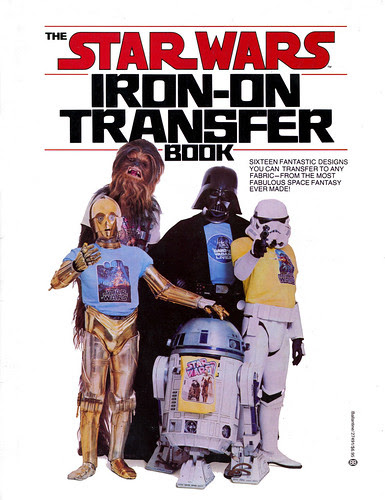 Time for a roundup of stuff again!

ITEM! So I believe a while back I mentioned dropping my iPhone at work, and cracking the glass on it... did I mention that I got a new iPhone about a month or so ago? It's the iPhone 5c, and I like it -- and this time, I got a protective case for it, so I don't have a repeat of that accident!

ITEM! I've been playing a new game on my iPad that I can recommend... it's called Tiny Death Star, and as you can imagine, it's loosely based on Star Wars. It's kind of an 8-bit game, with blocky graphics that makes it a bit charming. The idea behind the game is that you're building the Death Star, one level at a time, but instead of the levels you might expect, you're building residential levels and business levels, along with the Imperial levels! It reminds me a bit of Sim Tower, except that each level only accommodates one thing. Along with the level building, there are also missions to accomplish, such as finding suspected Rebel spies and the like. It's a pretty fun game, and it's free! Of course, there are in-game purchases one can make, but I haven't gotten to the point where I feel like I need to spend real money on the game, so I'll keep playing for a while (I hate games that are touted as free but you quickly get to the point where you have to buy fake stuff for it to play any further... that's not really free!).

ITEM! Just to reassure you that this blog isn't going away for a while, earlier today I finished my posts for March, and have already started working on April's stuff. This should give you an idea of how I get this blog put together:


So that should let you know what goes into the monthly preparation of this blog.

After too long a wait, here's more of that X-Men Activity Book! 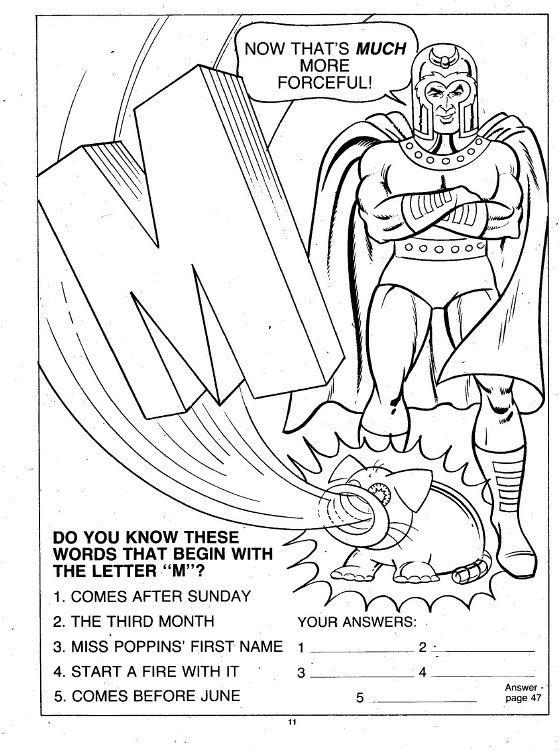 All solutions after the jump! 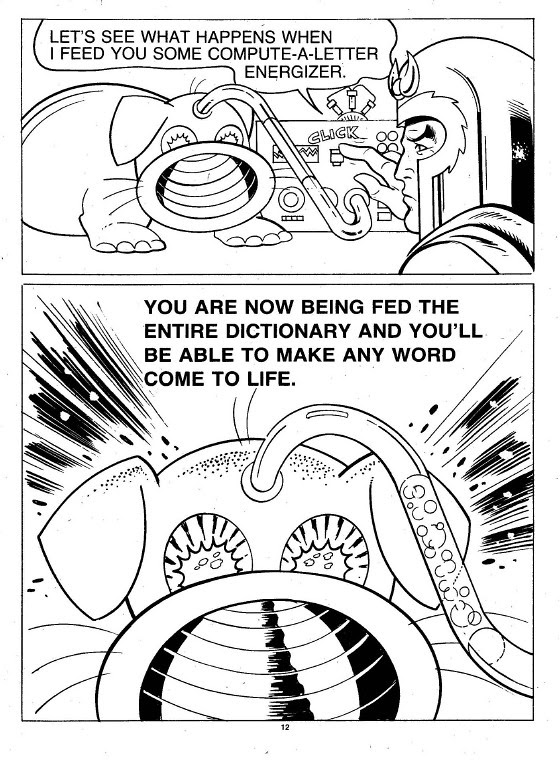 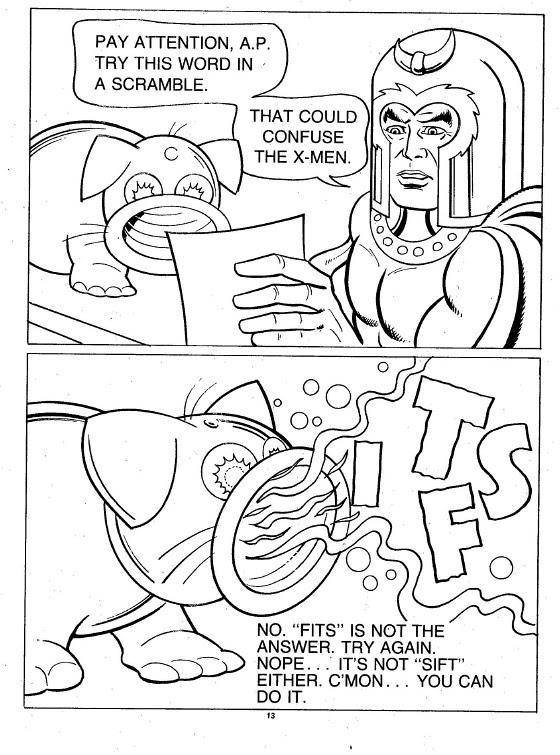 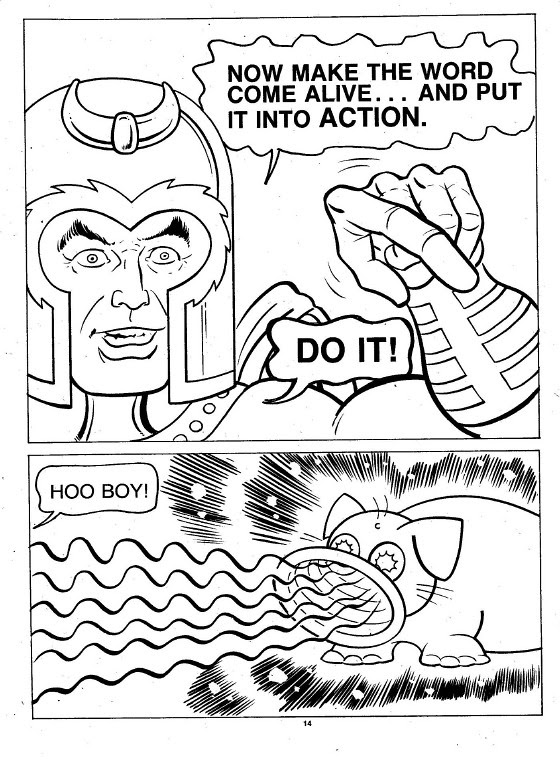 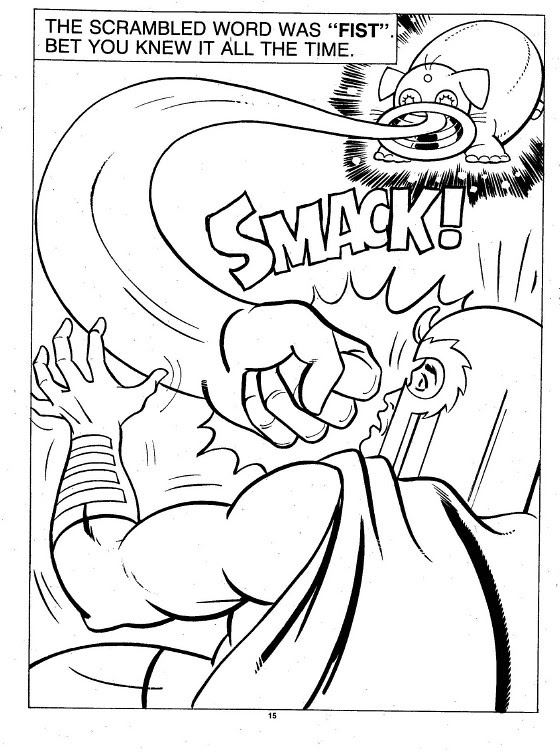 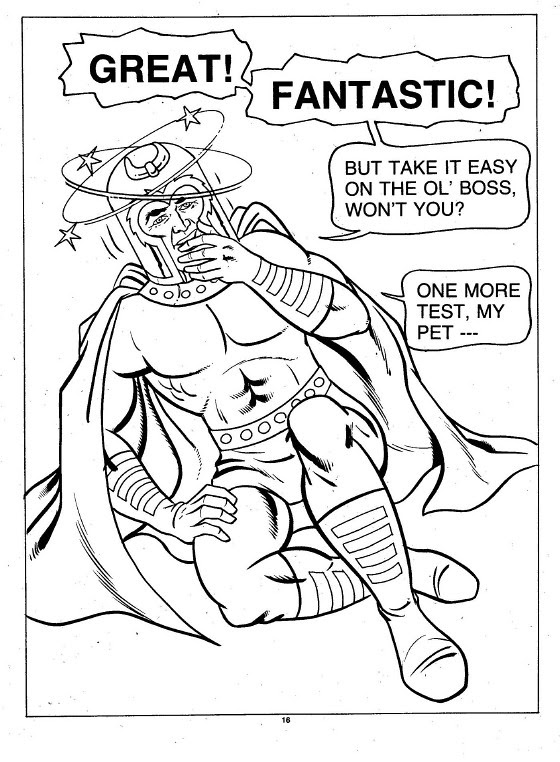 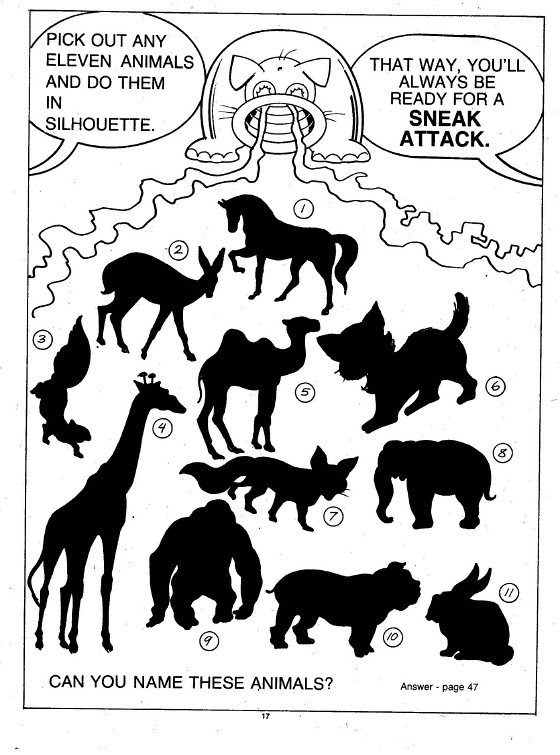 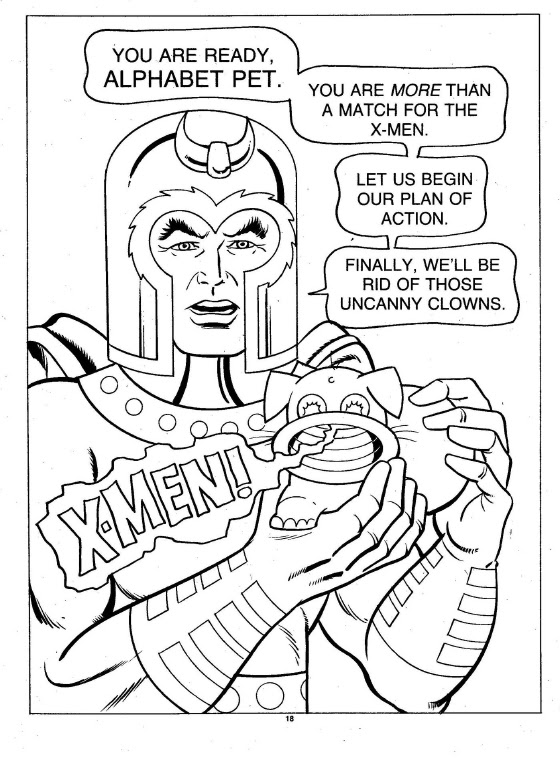 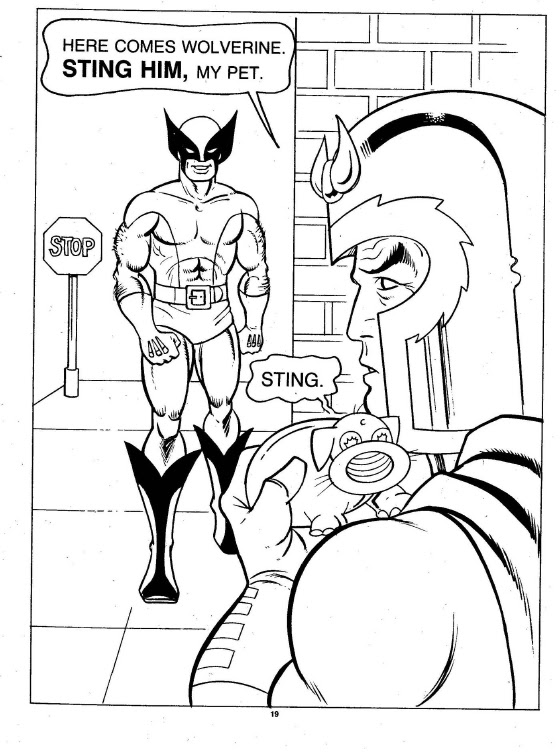 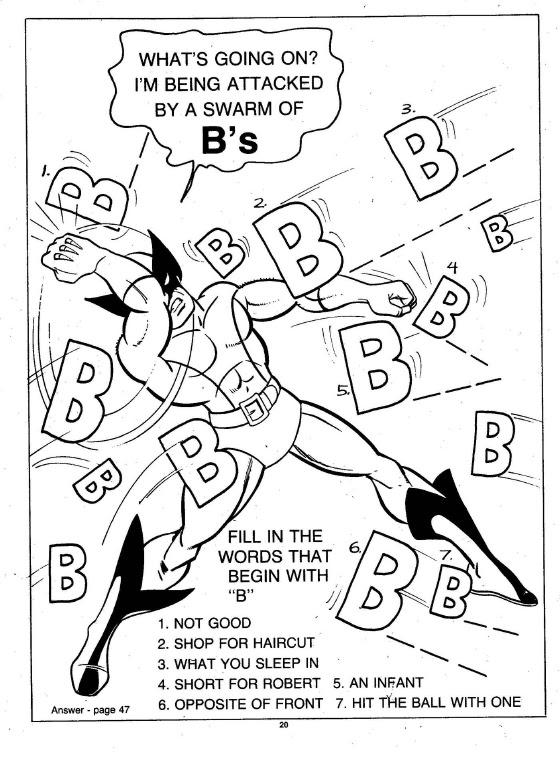 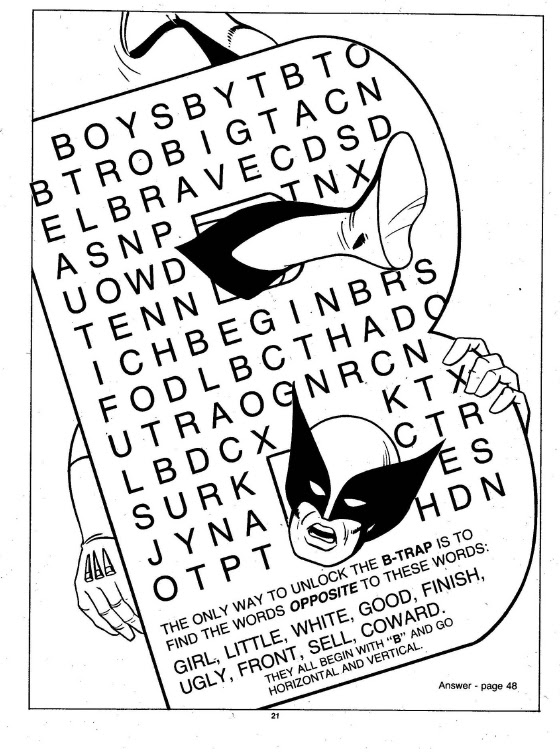 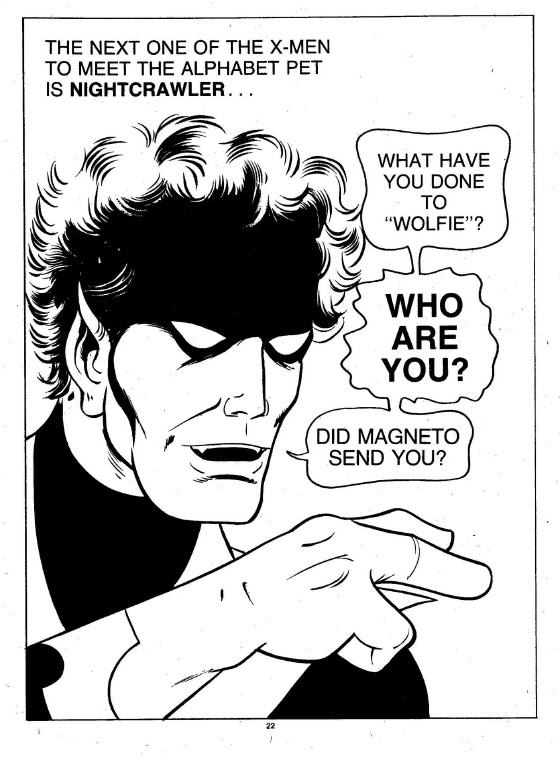 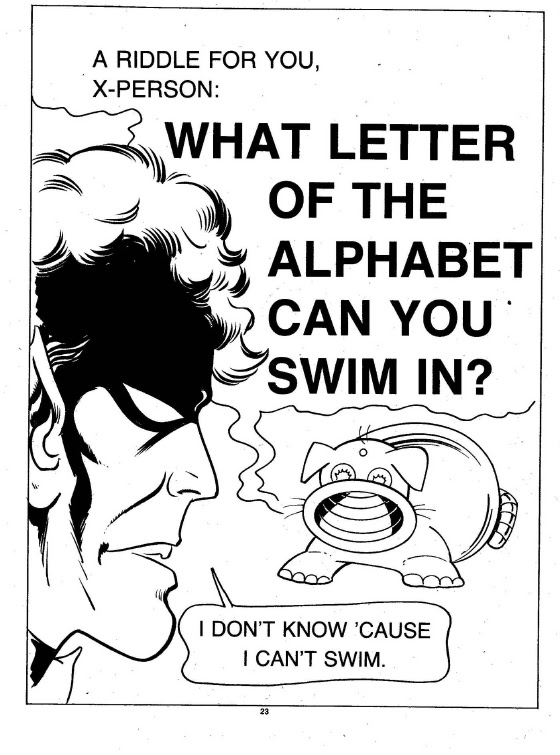 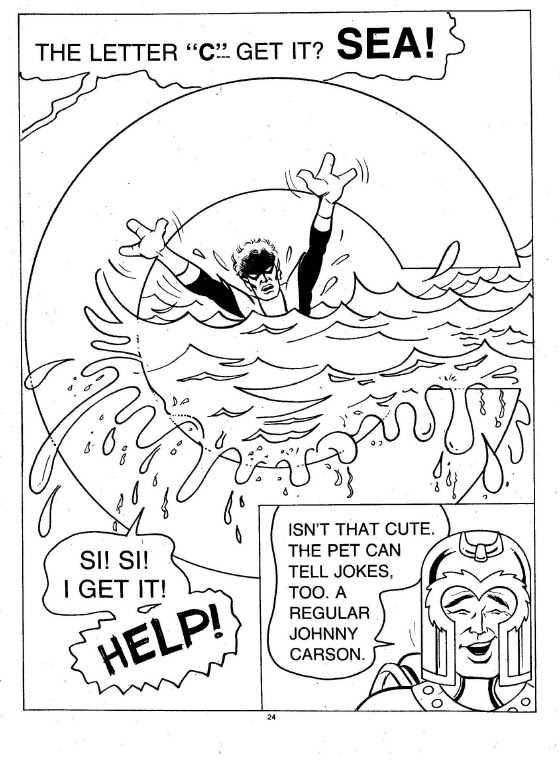 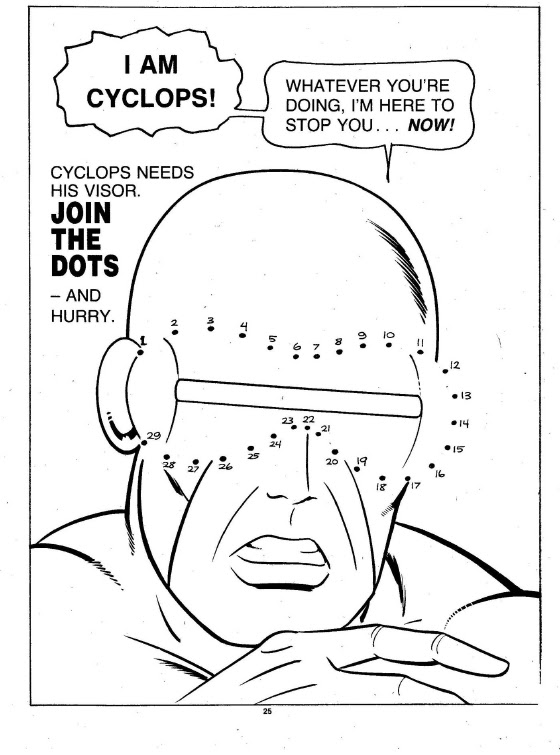 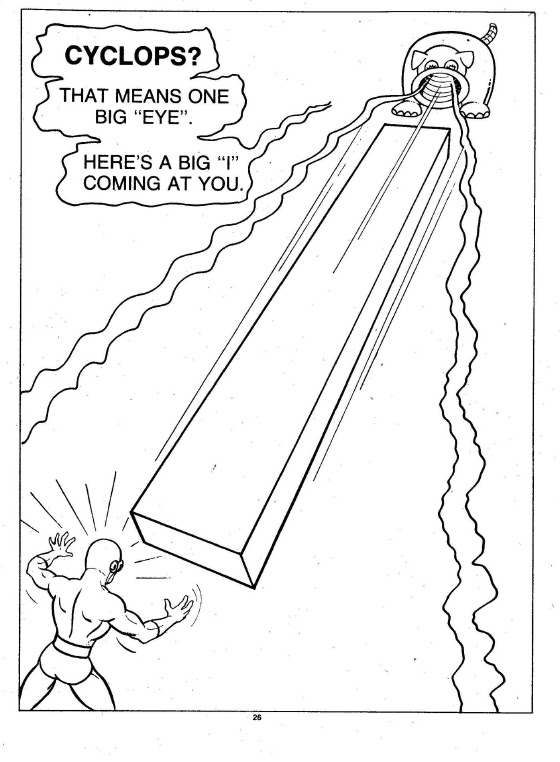 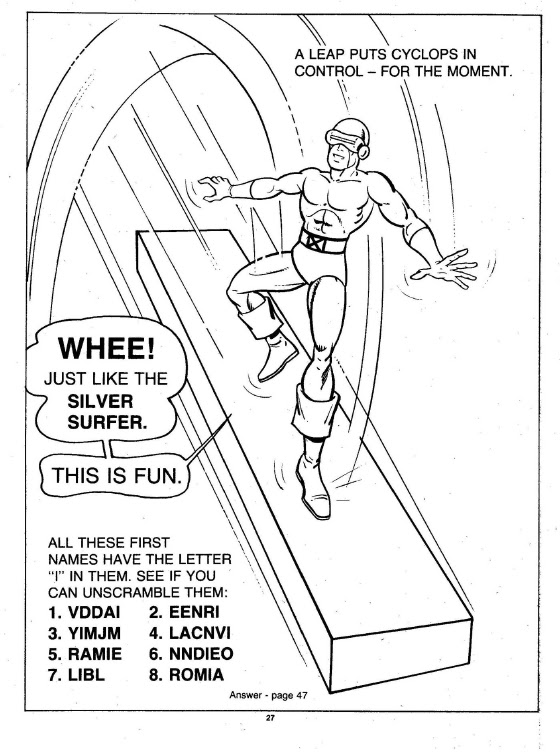 That ought to hold you till next time, eh?

Time for another gallery of great comic book covers by the King of Comics and my favorite comic book creator of all time, Jack Kirby! 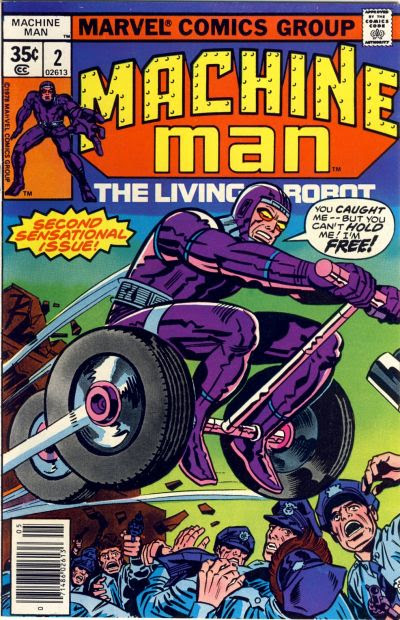 Did I say there'd be no monster-related items this month? I guess I was mistaken... 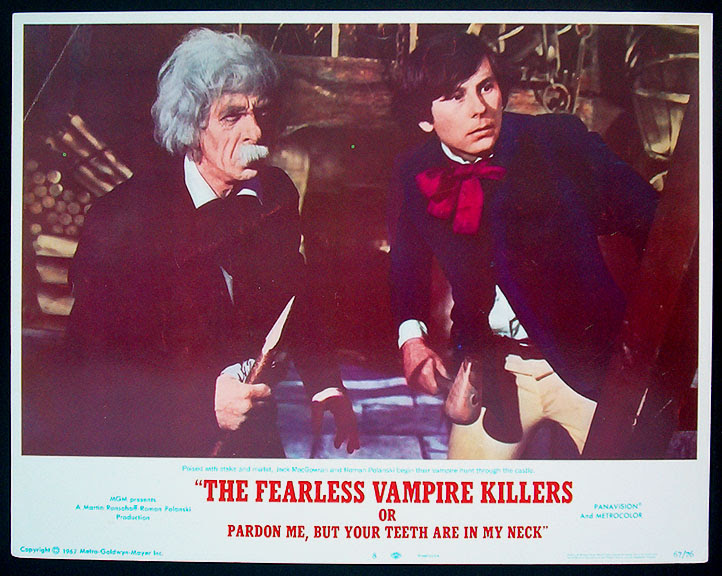 Lobby card from The Fearless Vampire Killers! More after the jump! 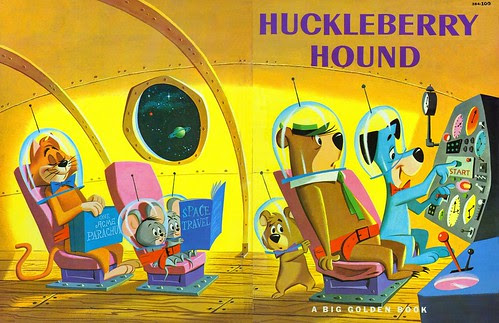