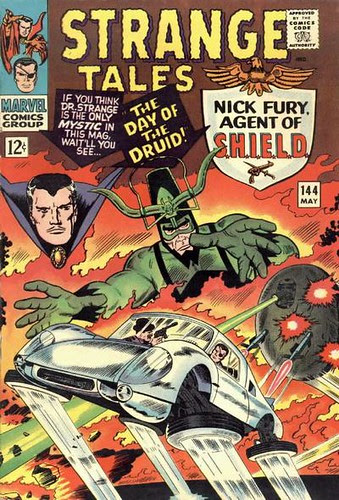 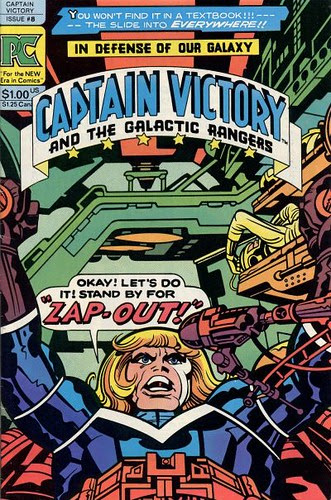 Next, we have Captain Victory #8, and this cover is kind of a puzzle to me... it almost looks as though Jack drew it at the actual size it was being printed at, instead of at a larger size... I wonder if there was some last-minute production problem that caused this to be presented and inked so boldly? It's a very eye-catching cover, no matter what. Note how Captain Victory's arms and body form a circle with the logo to frame the rest of the image. 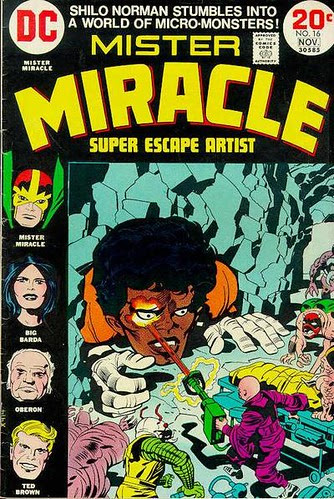 Here's another major eye-catching cover, from Mister Miracle #16. How could you see this on the stands and not want to check out the story inside? Kind of a risk on Jack's part to not feature the title character in the main image, wasn't it? 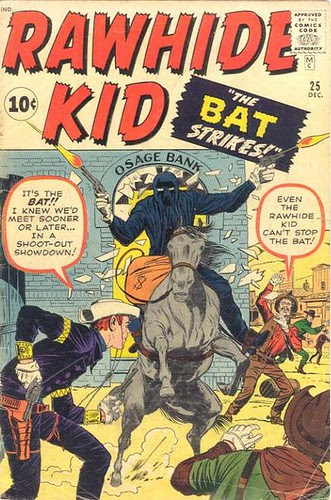 Here's one for my buddy Tony Isabella, who's been reviewing each issue of Rawhide Kid on his own blog, Tony Isabella's Bloggy Thing. It's nice action, but the Bat's costume is kind of nondescript. I guess that might've been because introducing many bat-like features on the costume would've caused a letter from DC's lawyers to be drafted up. As with the Captain Victory cover, note how the placement of the Kid and other characters serve to frame the central image of the Bat! 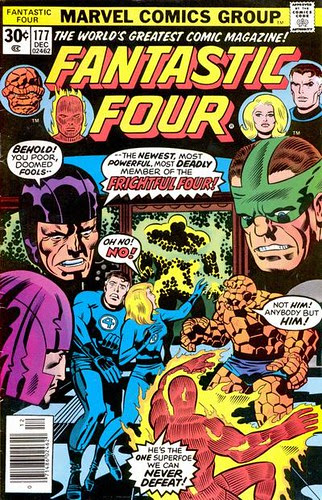 One of the highlights of Jack's return to Marvel in the mid-1970s was seeing him doing covers for Fantastic Four again, and here's issue #177's cover. Could anyone pull off the floating heads treatment like Jack? My only real criticism of this cover is that the Wizard and Trapster's heads should've been in each other's places, so the word balloons would've been more appropriate, coming from the leader of the Frightful Four. 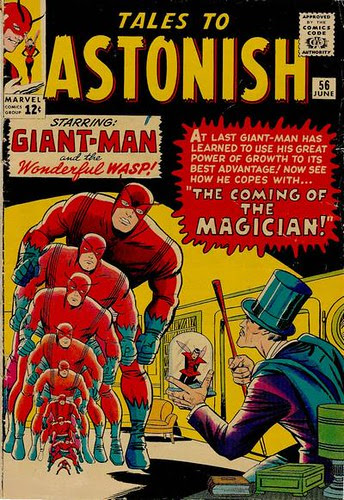 We began this installment with a cover featuring someone who apparently used magic, and we end the same way! Here's Tales to Astonish #56, with a demonstration of Henry Pym changing identities from Ant-Man to Giant-Man, along with showing the issue's villain. I should remember this story, as I do have the Essential Ant-Man, but the only story with the Magician I recall is one that solo-starred the Wasp... could this have been that very issue?
Posted by Jon K at 12:01 AM