This time around, rather than a group of themed ads, I'm featuring some miscellaneous ads that were too interesting not to save and share! 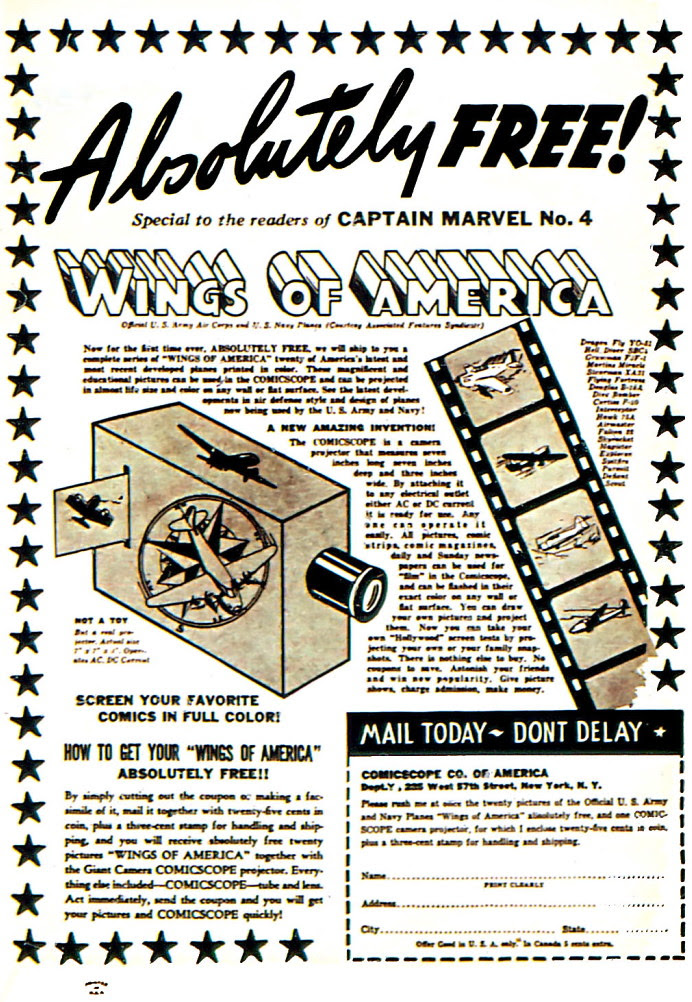 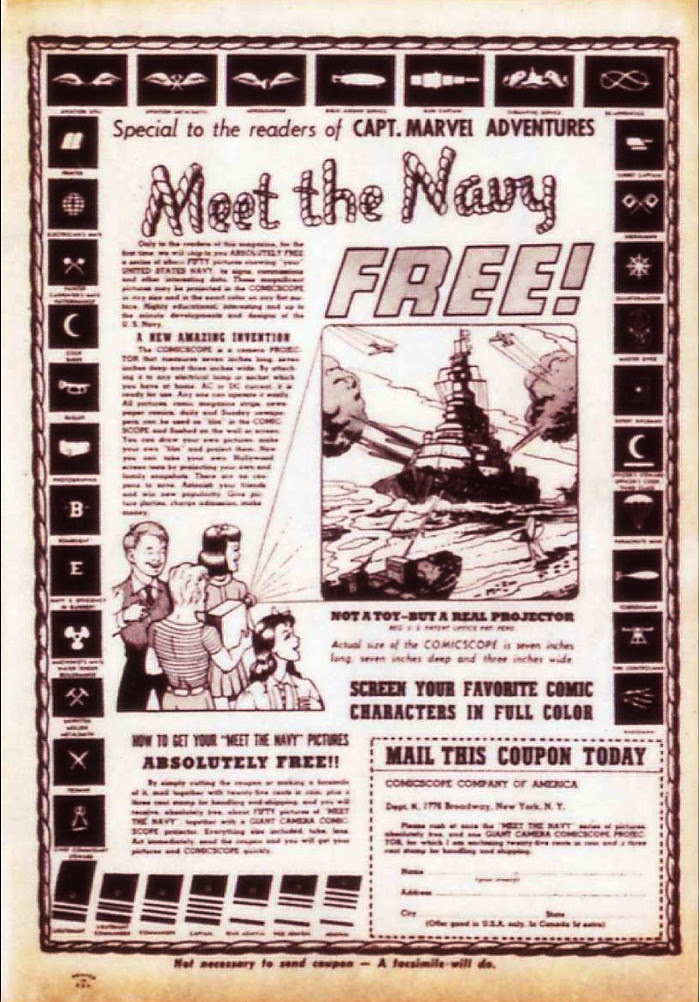 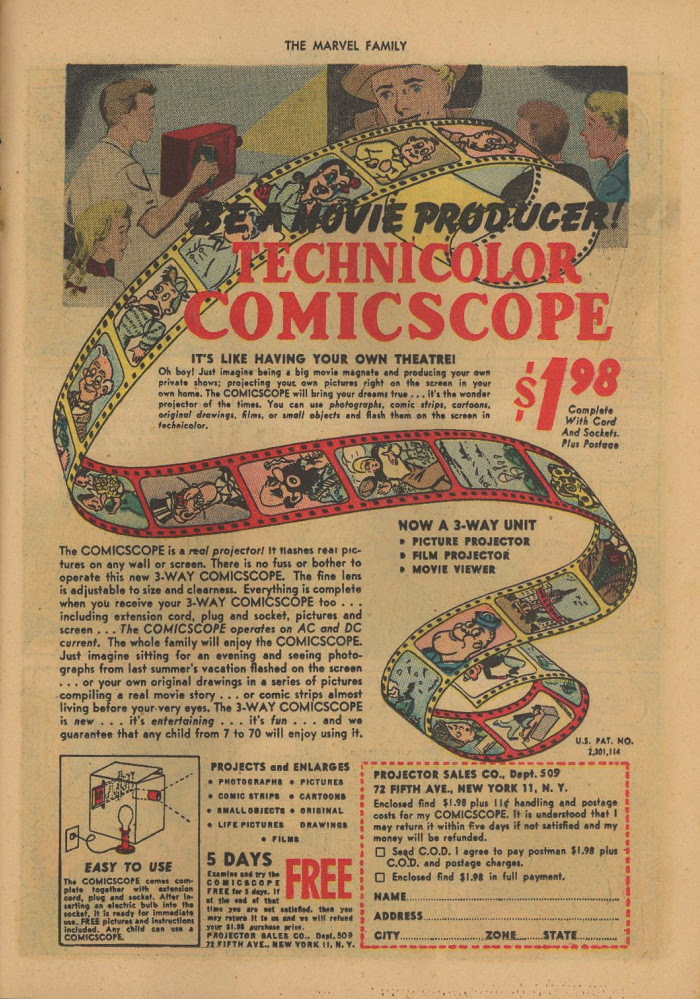 These first three ads feature different sets of opaque projectors that were offered for sale. I'll have some actual photos of the Comicscope coming up in future Cool Stuff installments. 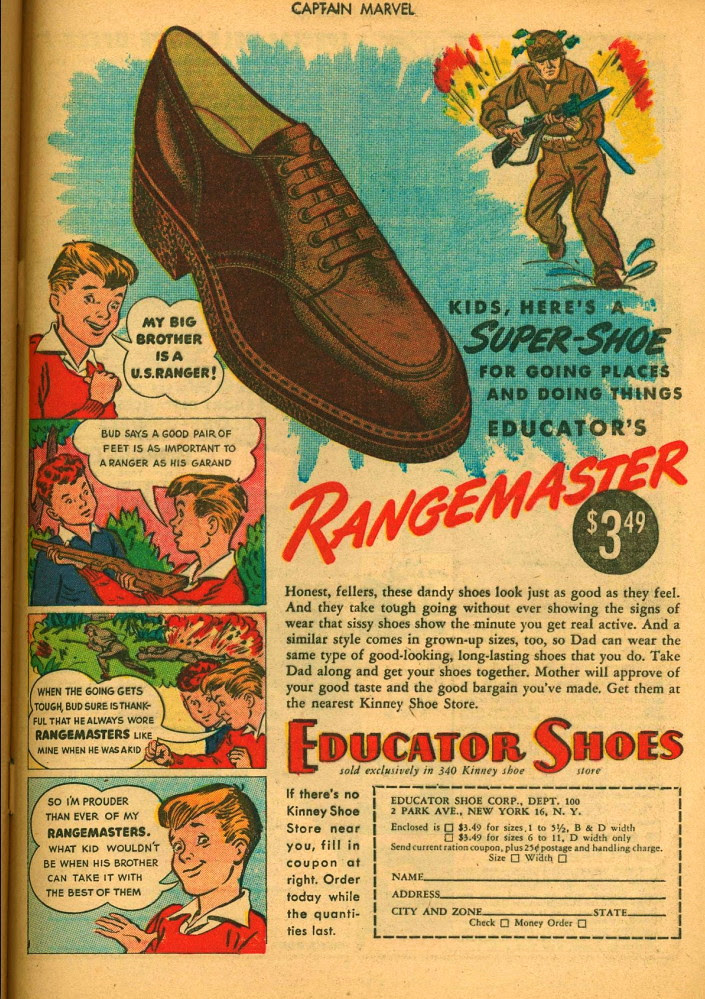 Here's a shoe ad that didn't apparently do well enough for the advertiser, because I wasn't able to find other ads from the same manufacturer! 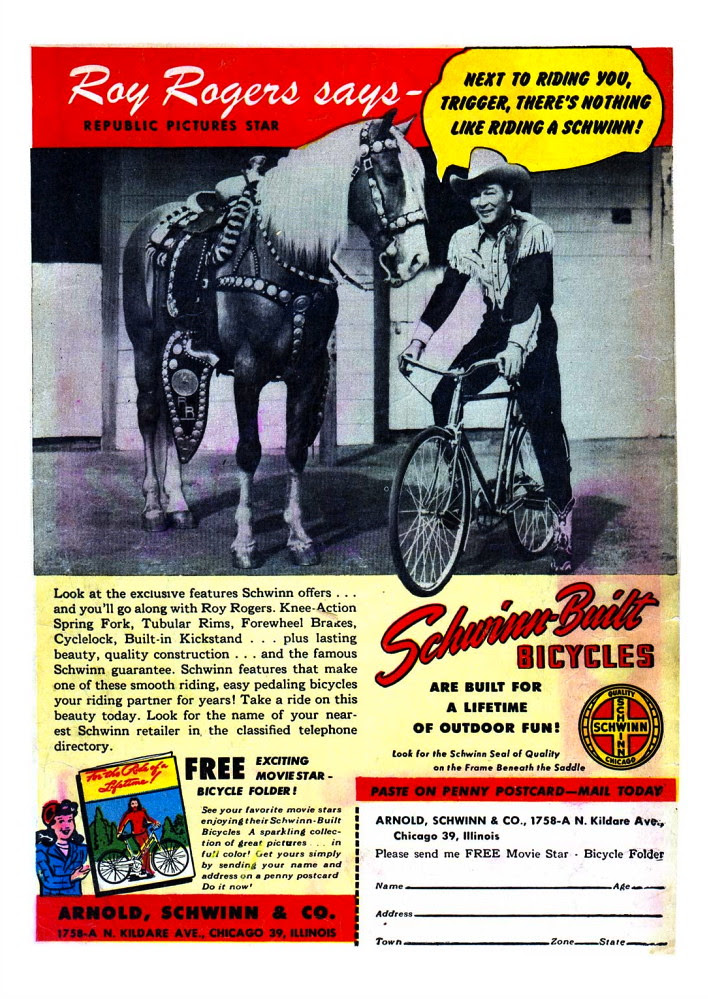 Roy Rogers selling Schwinns! Who would've thought of it? 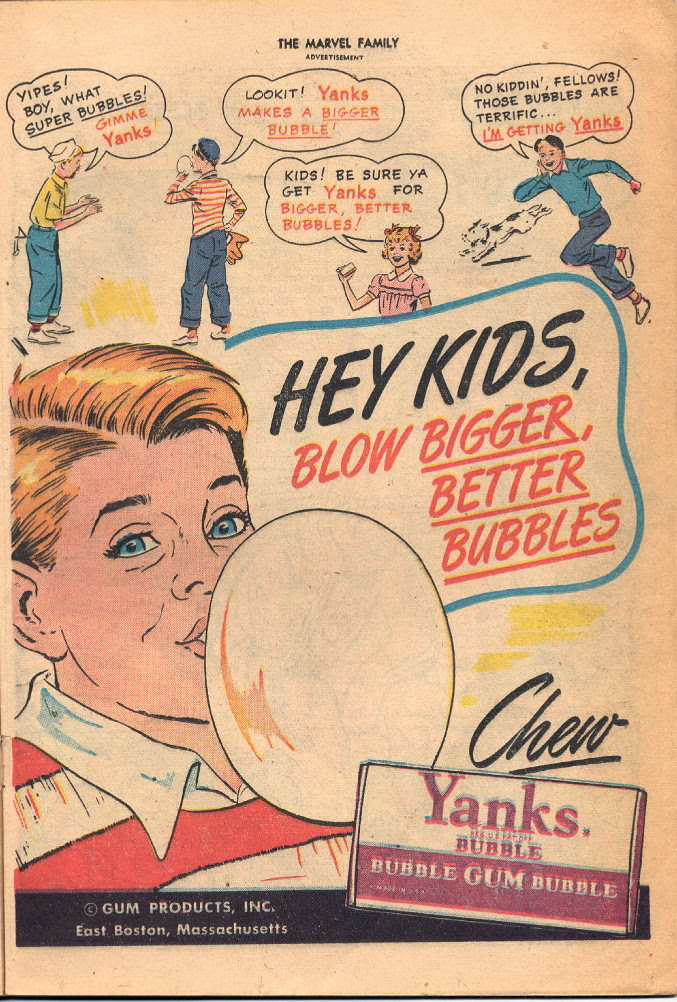 Here's an ad for Yanks Bubble Gum, apparently the other bubble gum company managed to outbid them for ad space in the future, eh? 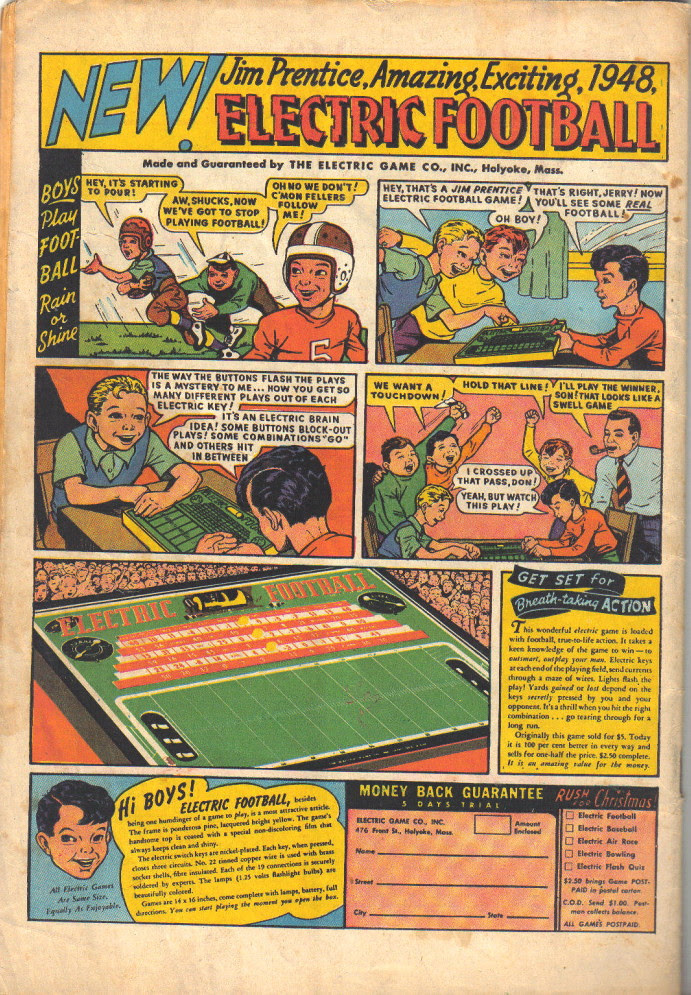 Next, here's an ad for an electric football game, offered in 1948... I had no idea this toy had been around for that long! 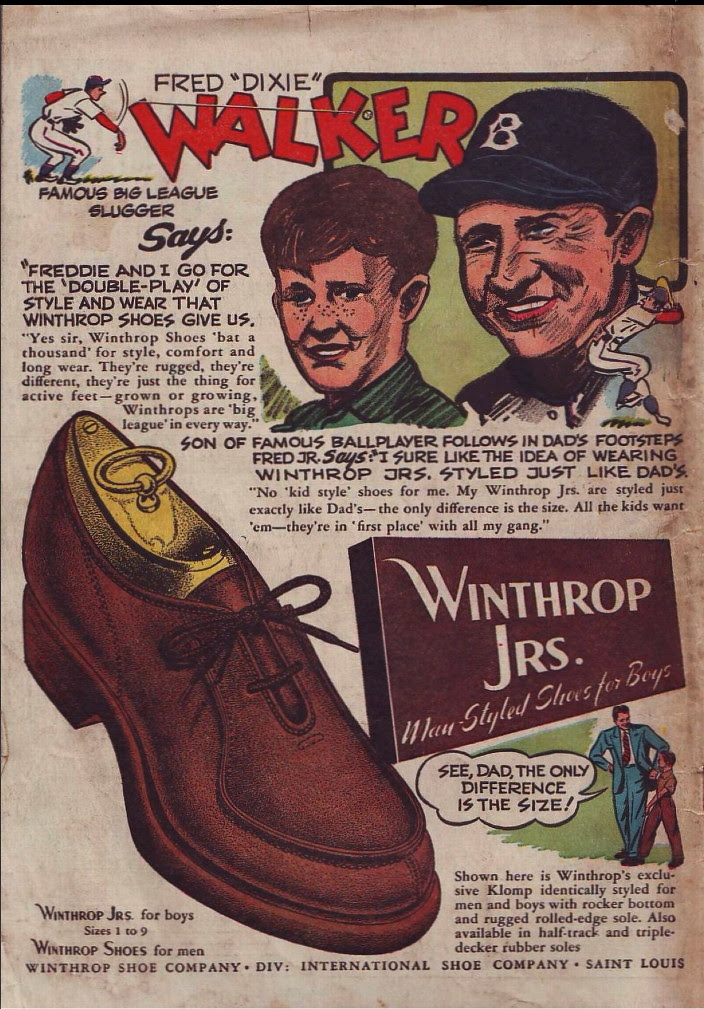 This ad for Winthrop Shoes seems to have been designed to deliberately try to imitate the Wheaties ads running at the time! 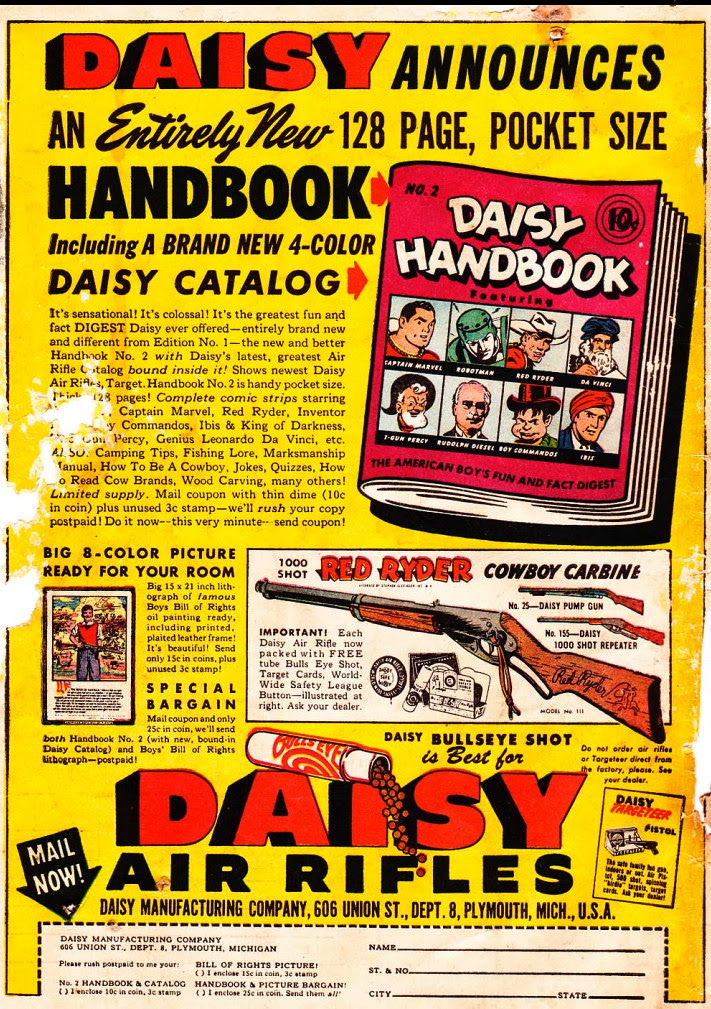 This Daisy Handbook featured a lot of comics features in it... who would've thought you'd see Captain Marvel and Ibis being published in the same comic with DC characters Robotman and the Boy Commandos? 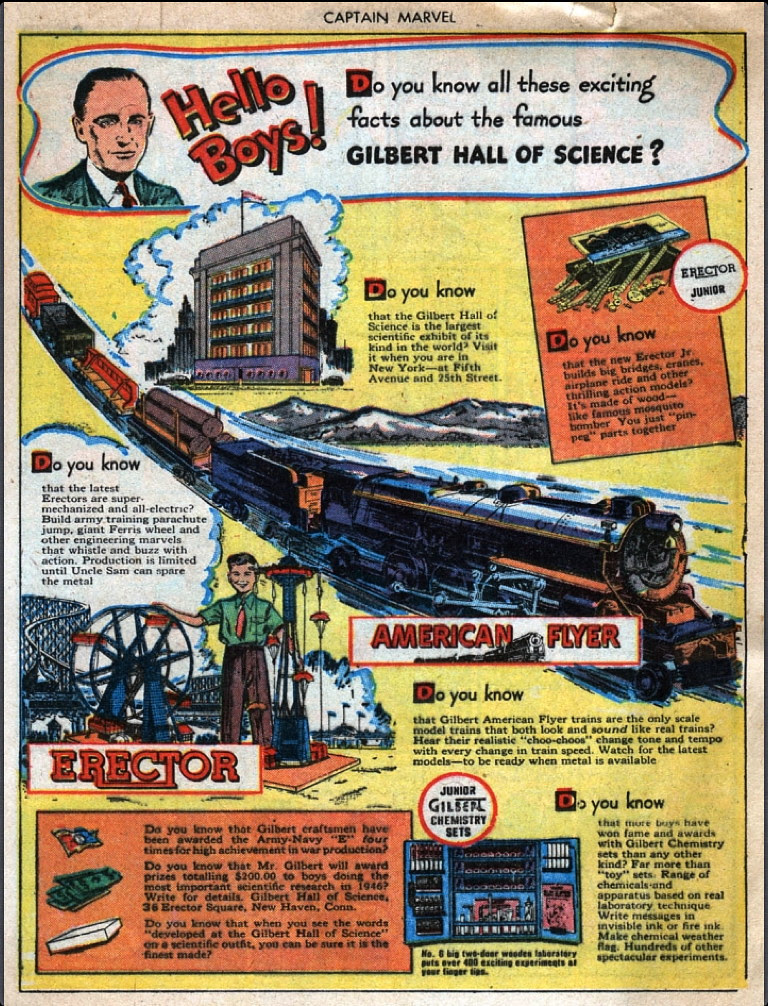 These days, it's the Erector Set that Gilbert's best known for, but as you can see, they did electric trains, too! Here's another gum ad, but not for bubble gum!

More miscellaneous ads next time around!
Posted by Jon K at 12:01 AM