P-F Shoes was one of the regular advertisers in the Fawcett Comics of the Golden Age, with their ads featuring what they claimed were "Jim Wise Real-Life Sports Stories" -- I'm not sure how much I believe the real-life aspect of it, myself. Perhaps they were stories that were intended to be like real-life situations, I don't know. Of course, all of these stories are about kids who became better athletes and the like through the miracle of P-F Canvas Shoes! Take a look: 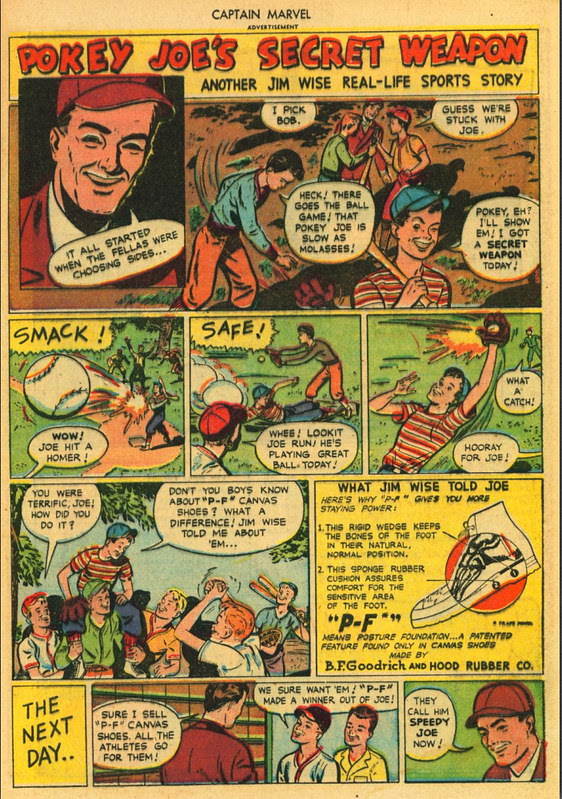 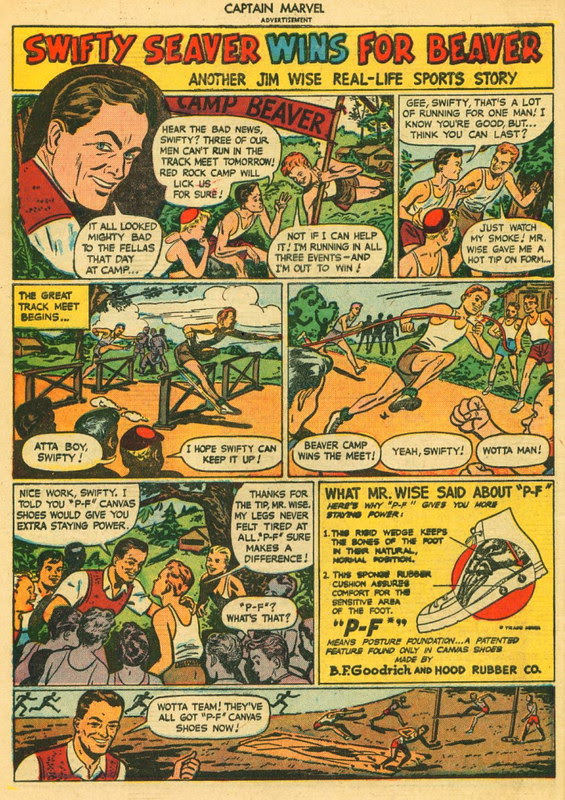 More after the jump!
I was surprised to find that P-F Shoes are still being made today, although now they're called PF Flyers. They were still owned by BF Goodrich into the 1970s, when it was sold to Converse's parent company. However, once the merger was ruled a monopoly, the brand was sold again, and again (first to Brookfield Athletic Shoe Company, then to Hyde, and then to LJO Inc.). During this time, the brand had faded into obscurity from 1975 until New Balance purchased the brand in 2001, relaunching it in 2003. I guess the brand just isn't sold where I tend to buy shoes! 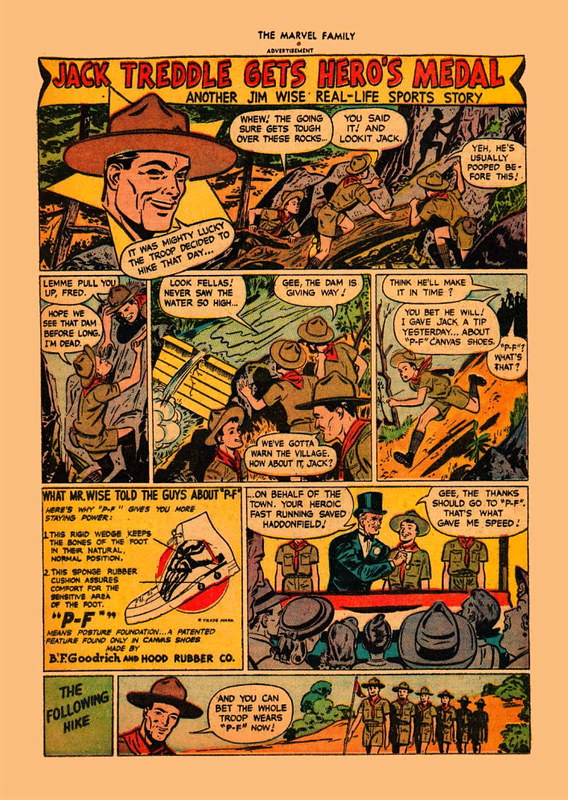 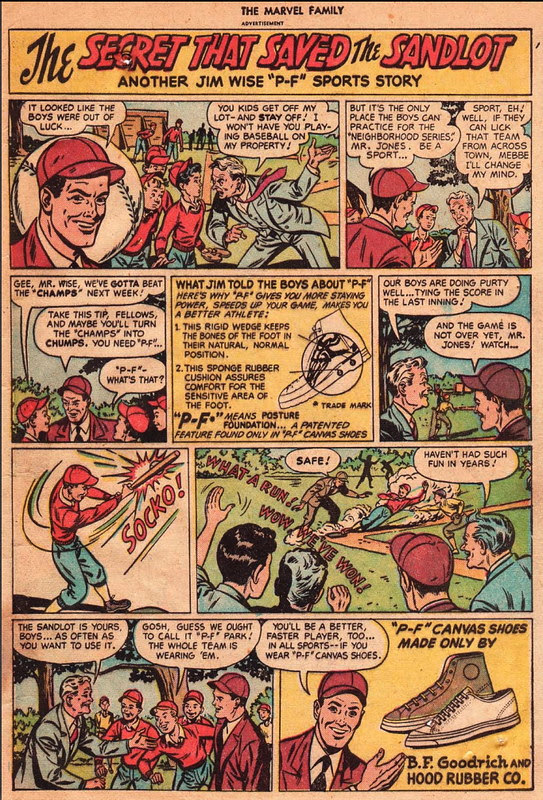 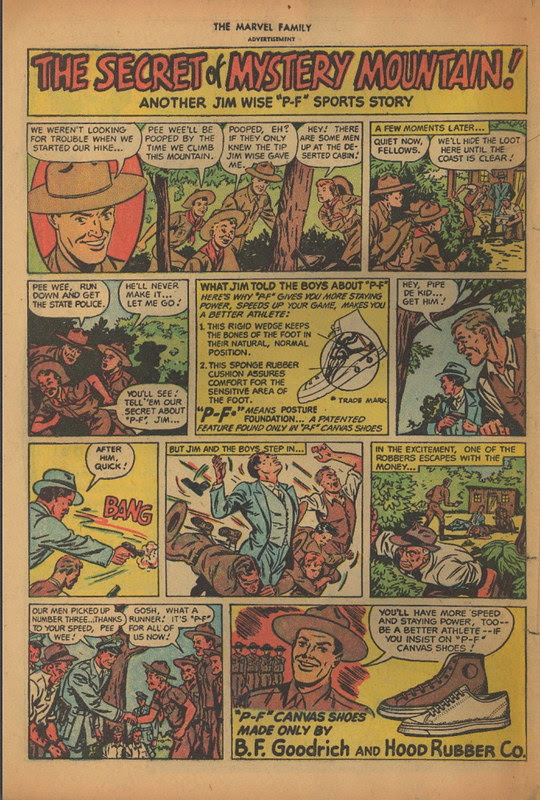 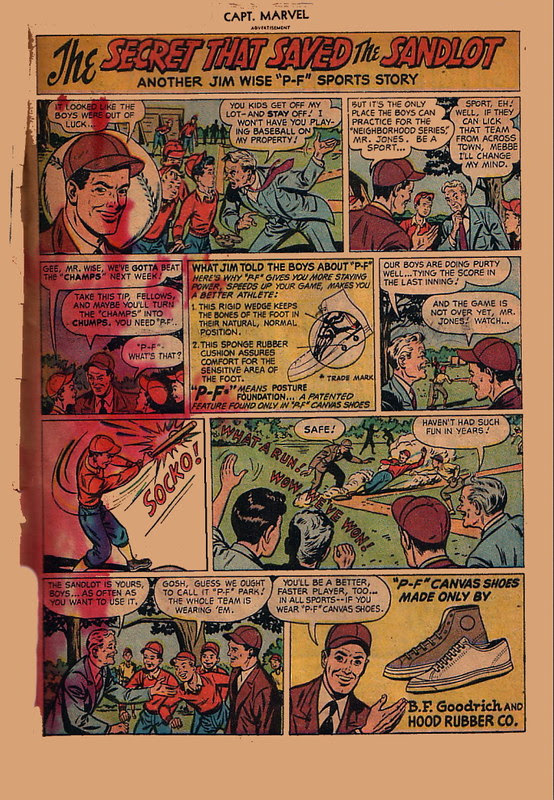 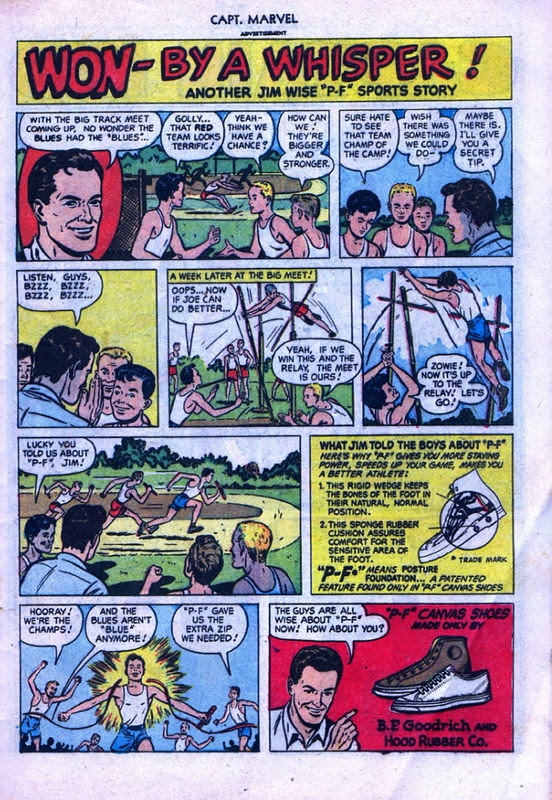 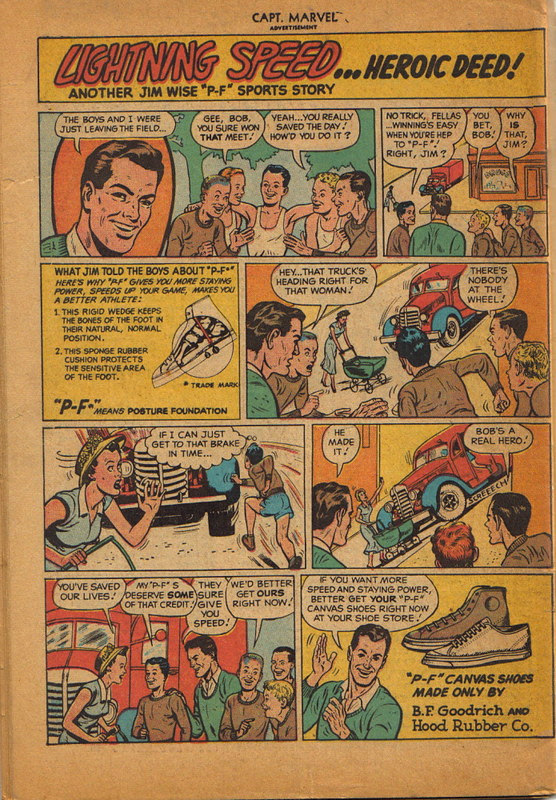 You'll note the "real-life" has been dropped by this point from the banner! 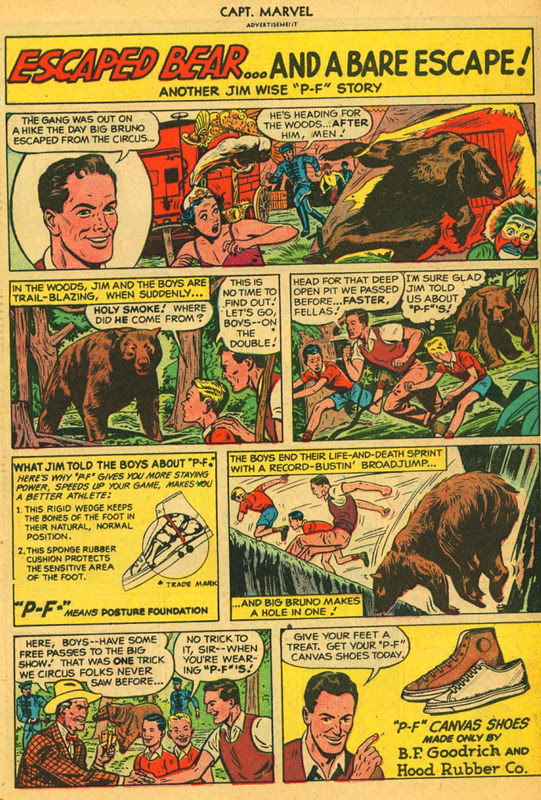 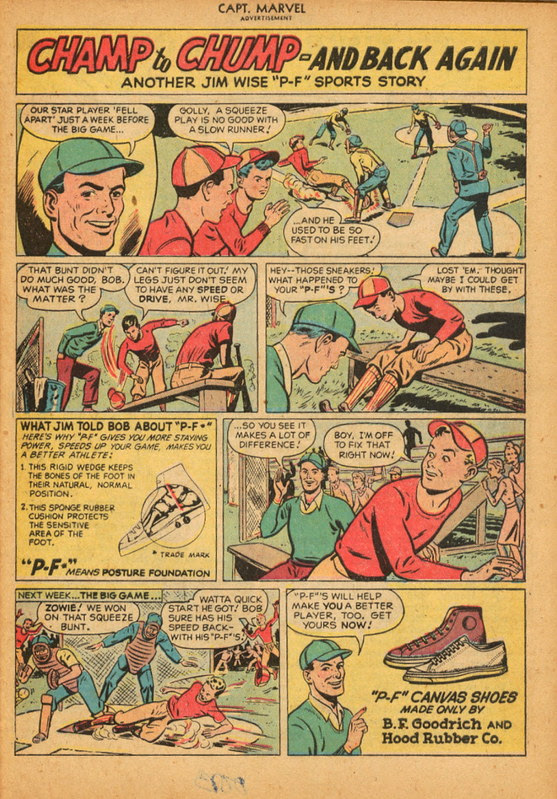 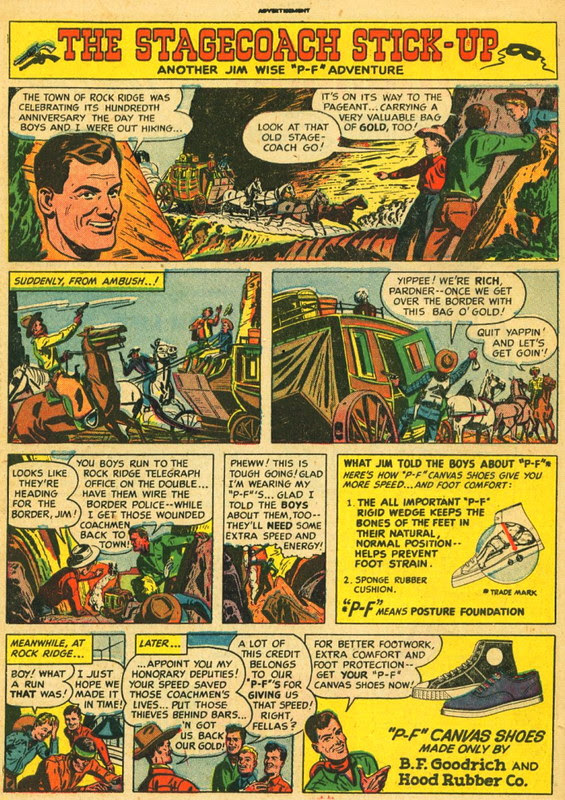 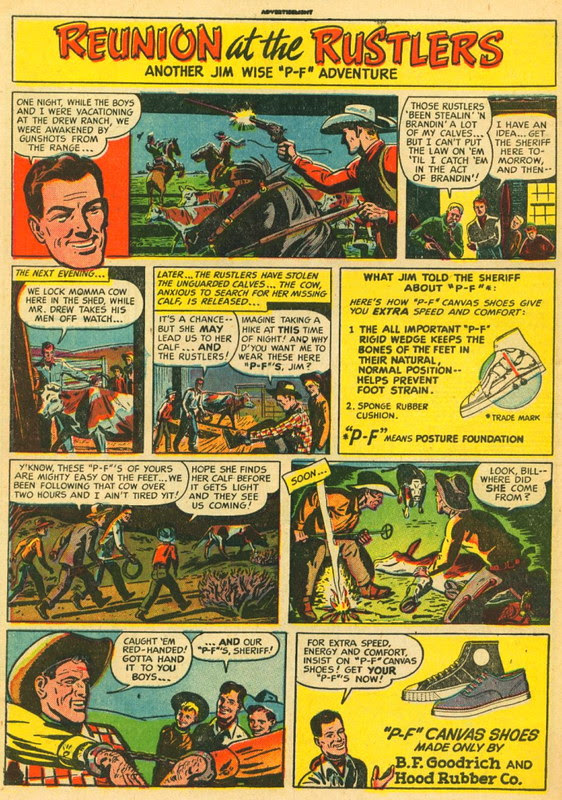 Now they're not even sports stories! 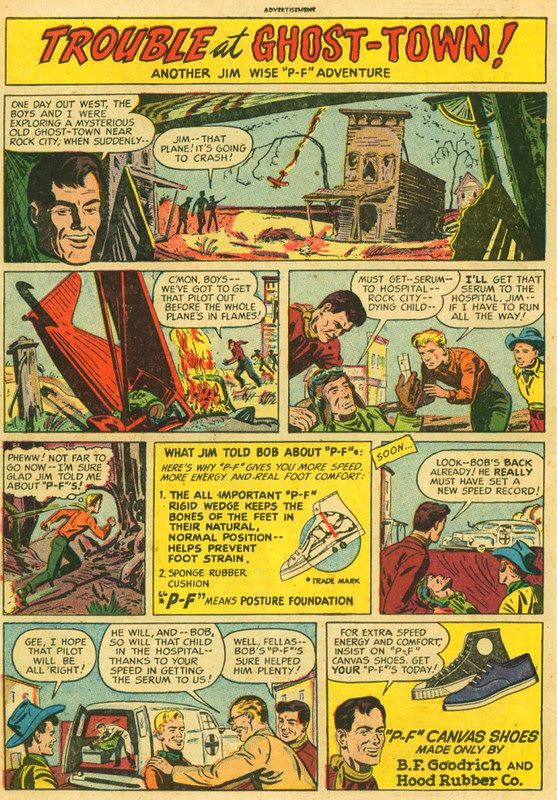 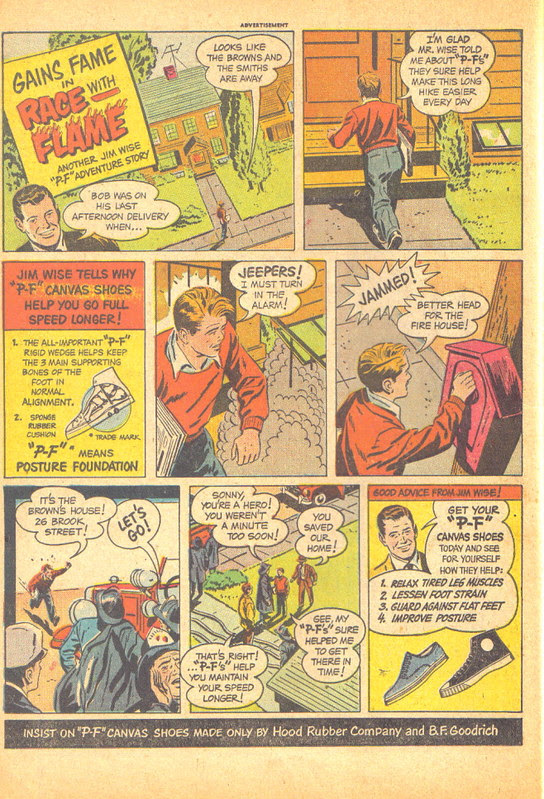 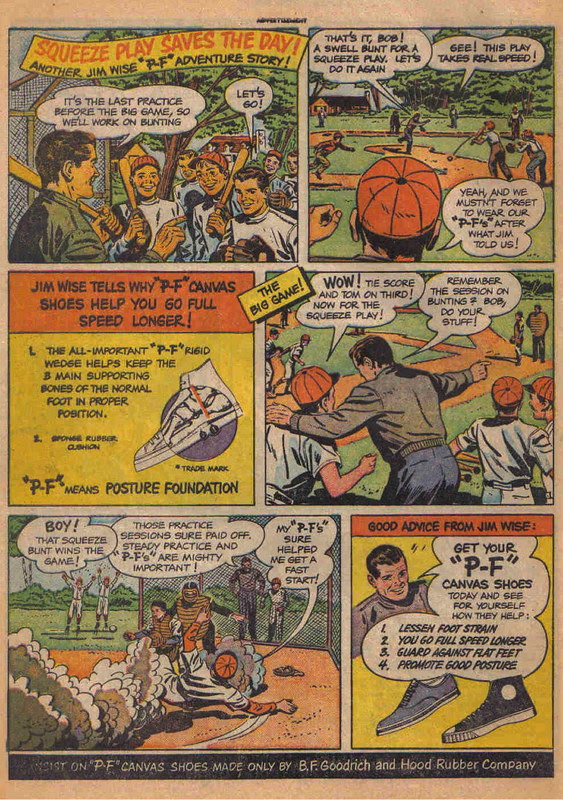 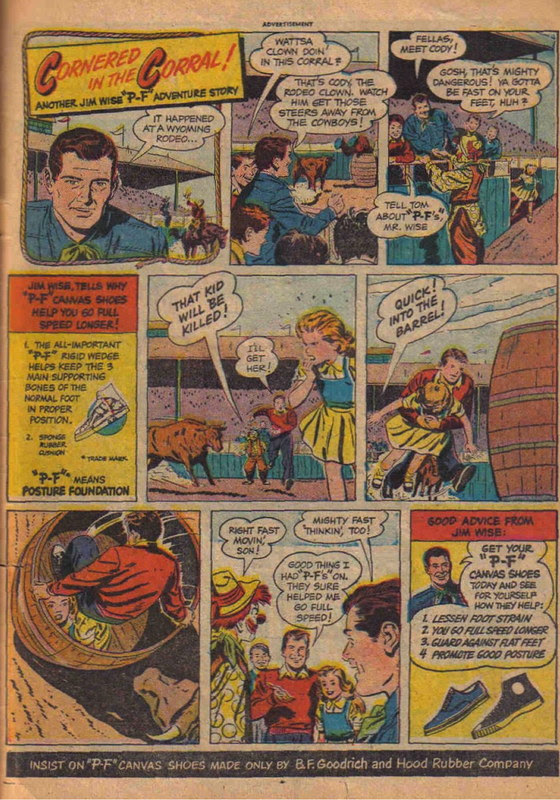 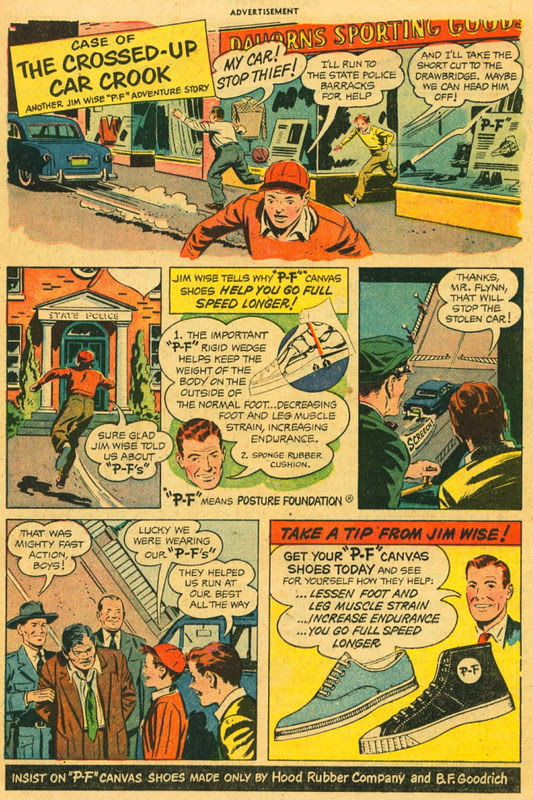 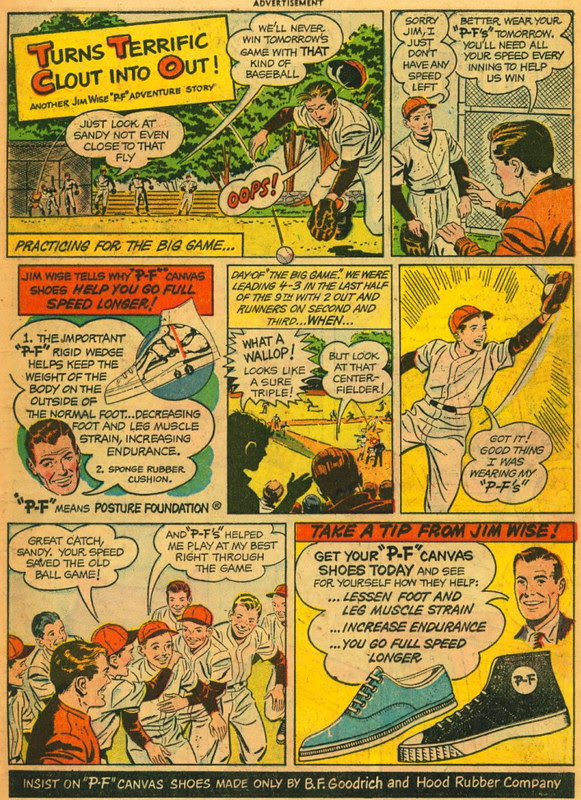 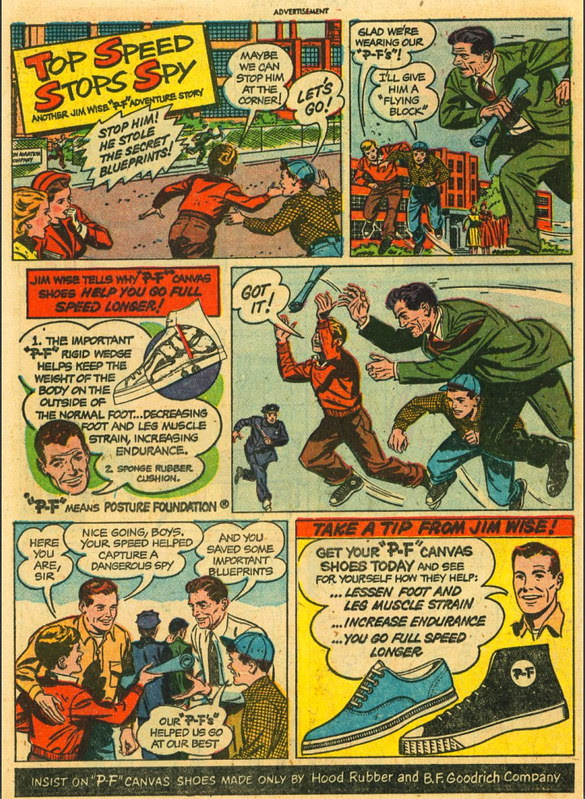 Next time: Earlier this month, I featured one of the Popsicle ads, next time there'll be a mess of 'em!
Posted by Jon K at 12:01 AM