Time for another gallery of faked-up comic book covers! 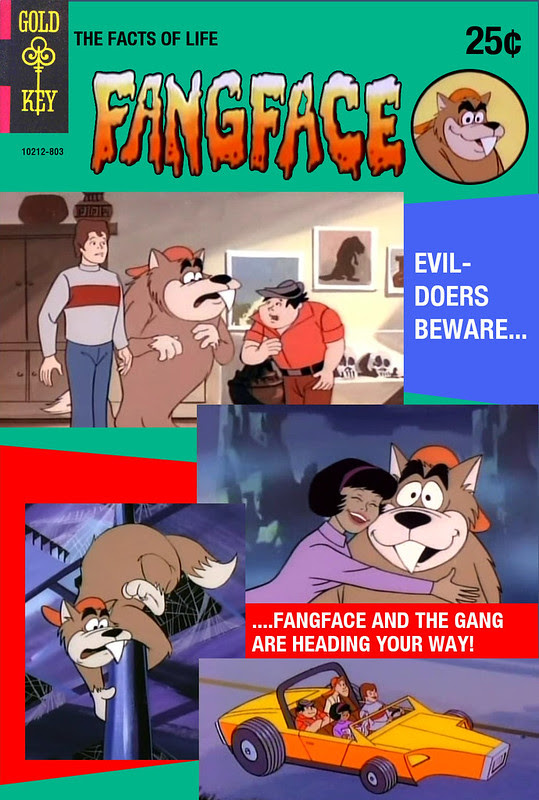 Making his second appearance ever in this blog (the first one was his entry for "Dog of the Geek," a number of Octobers ago) is Fangface! I only watched a few episodes of this show when it originally aired... while the idea of a show with a werewolf appealed to me (such as the earlier and much more entertaining Groovie Goolies), this show just didn't do it for me. It was the Scooby-Doo formula with Scooby replaced by Fangface, which would've been fine in and of itself (there were certainly plenty of other shows using the same formula on the air over the years)... but they went to ridiculous extremes here to get the transformation to Fangface accomplished, even showing a photo of a full moon to cause the transformation! That was too much for me, even in a cartoon. 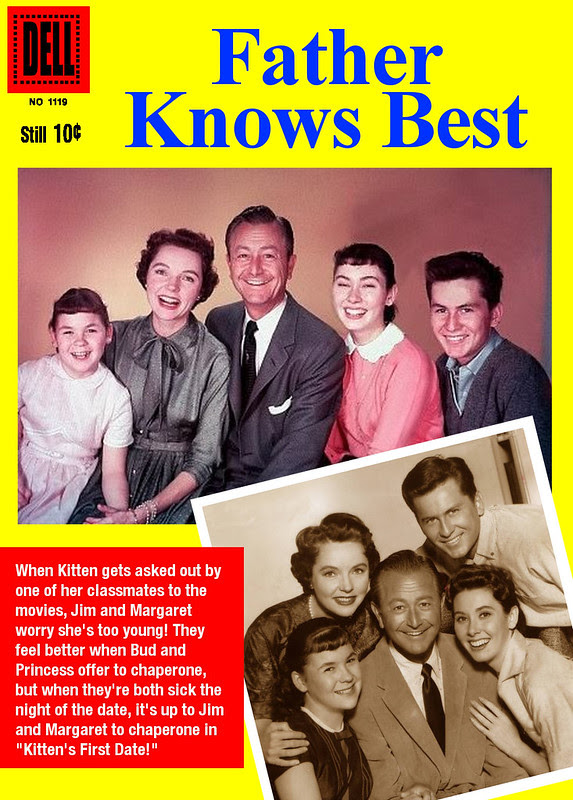 Father Knows Best is a true television classic, although since I haven't watched it in years, I don't know how well it holds up today. For many geeks, it's notable for the introduction of Elinore Donohue, who later appeared in an episode of the original Star Trek. I still find myself amazed that Dell never did a comic based on this show! 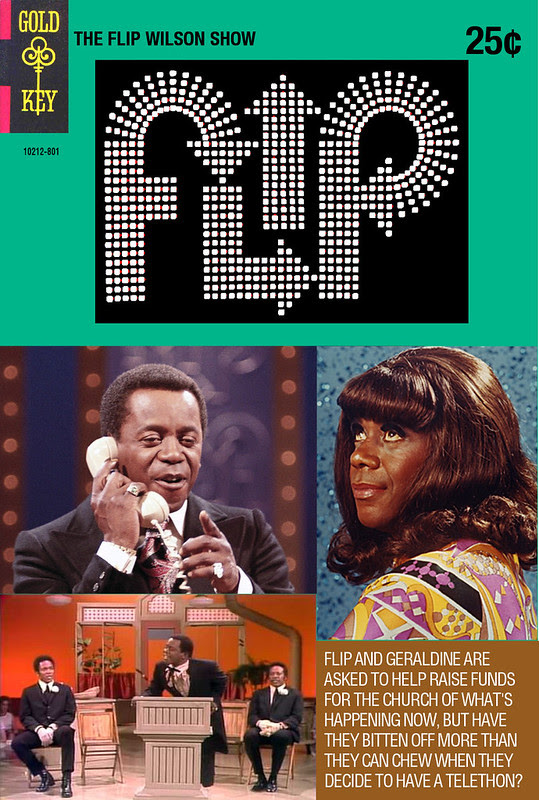 Only three covers this time around, because the next one in line is the first in a series... I was a big fan of The Flip Wilson Show, and I think it would've made a good comic book, given the proper format. What I'm envisioning here is Flip and the characters he played on the show interacting with each other in sort of a sitcom format... similar in some ways to Filmation's Will the Real Jerry Lewis Please Sit Down. Once I finished making up this cover, I really found myself wishing it really existed!
Posted by Jon K at 12:01 AM