Time once again for a parade of covers from vintage sci-fi magazines that I've been selling on eBay! I'm guessing that most -- if not all -- of these have been sold by this point, but one never knows! 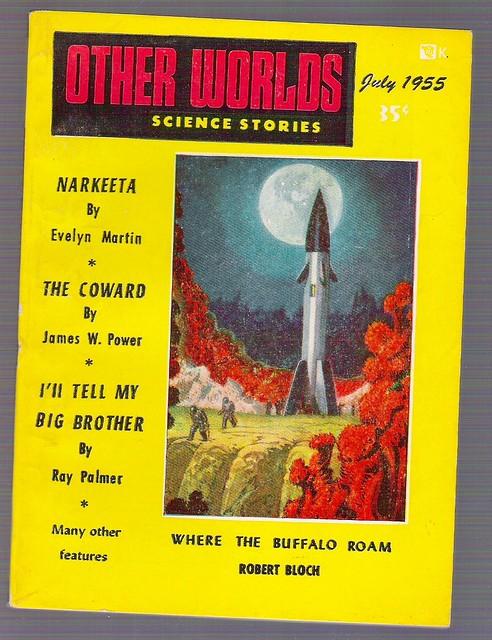 This one's not too particularly special... neat spaceship, but not much else! 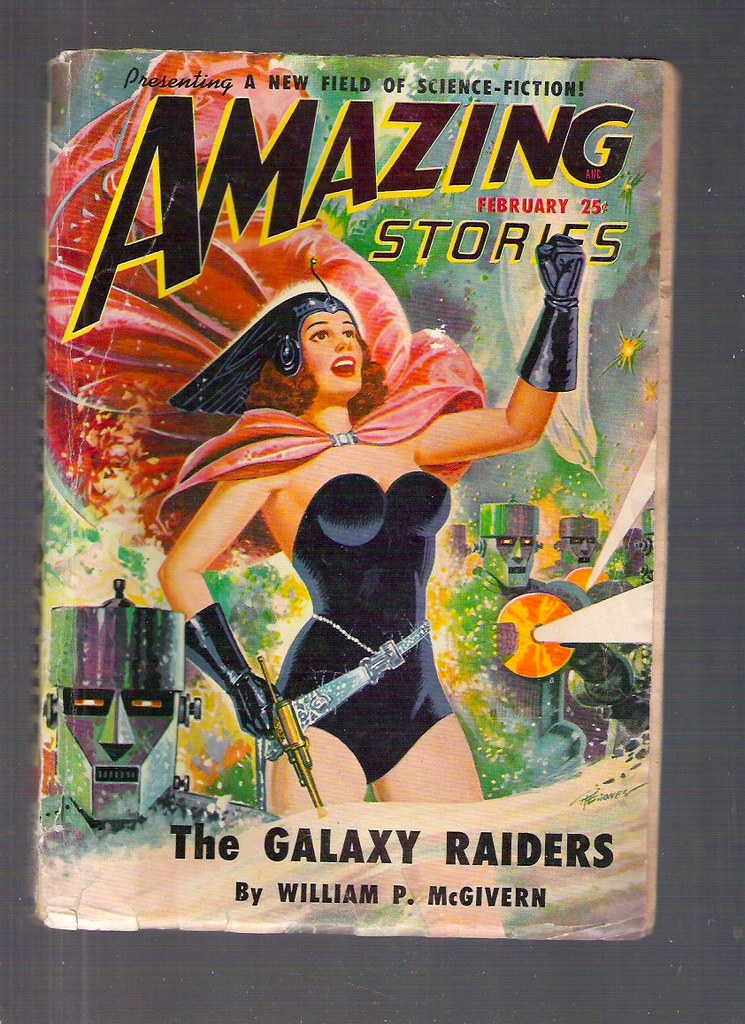 This one's pretty nice... cool retro robots, plus a space babe in costume to boot! 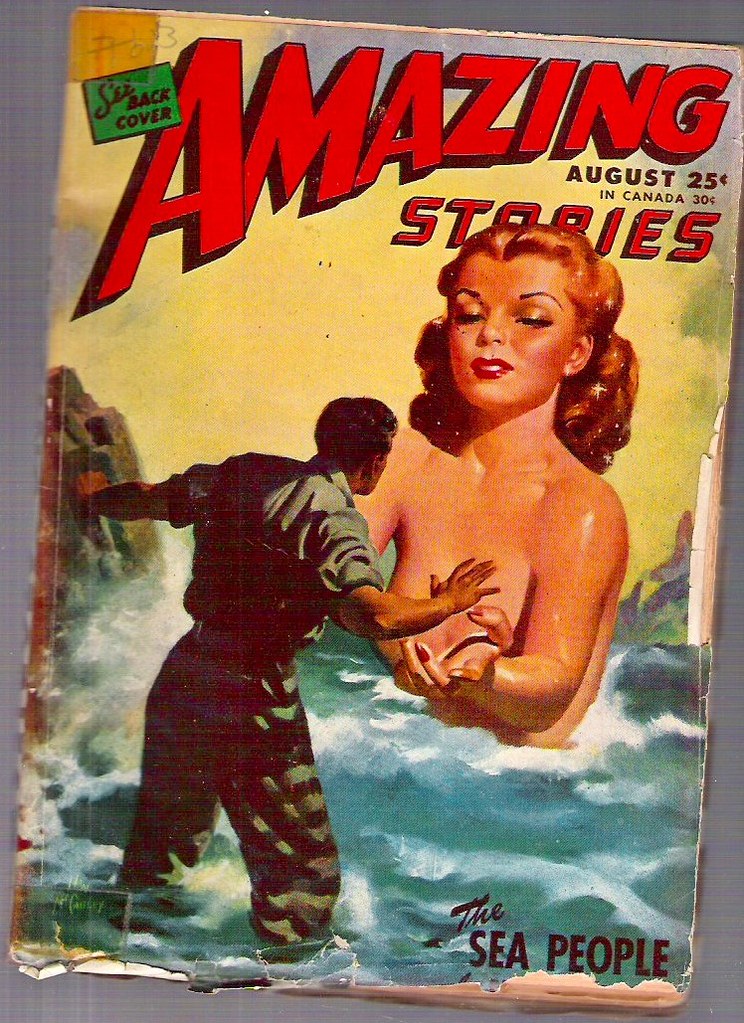 There's quite a few Amazing Stories covers featuring giants... but I think this is the only one with a giant woman, much less a giant naked woman! 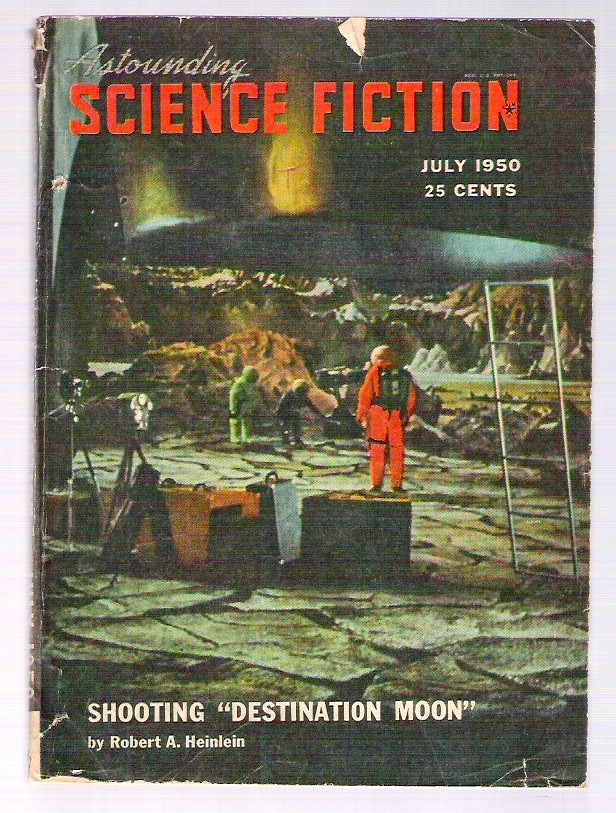 There were rarely photo covers on these magazines... this one was a special case, to cover-feature Robert A. Heinlein's article on the making of Destination Moon! 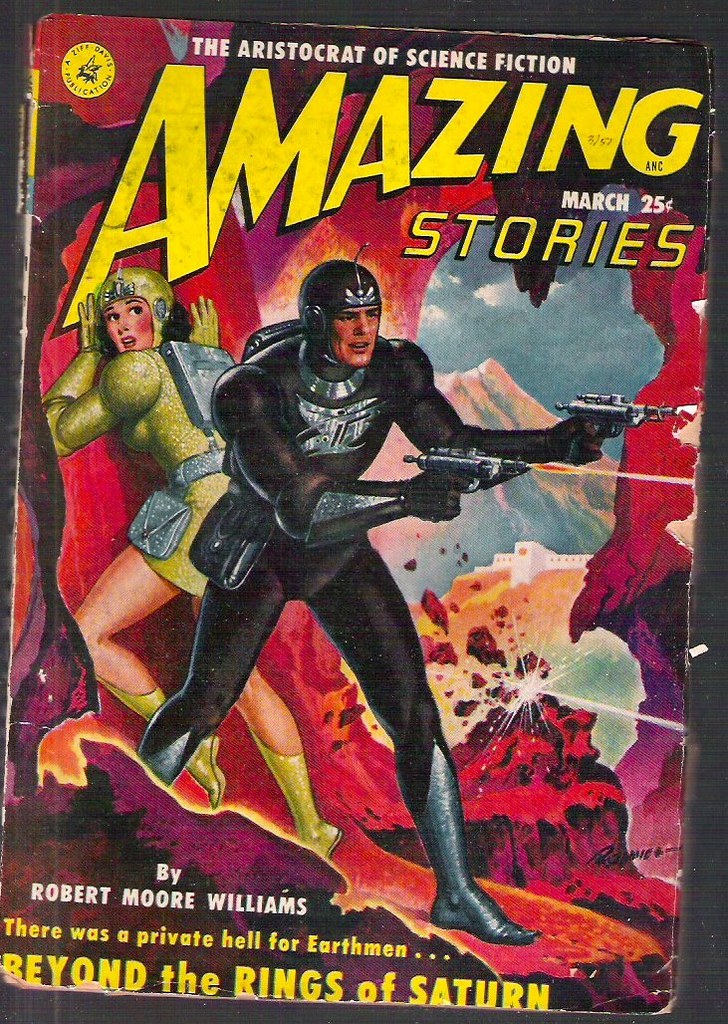 This one's right out of Buck Rogers, eh? 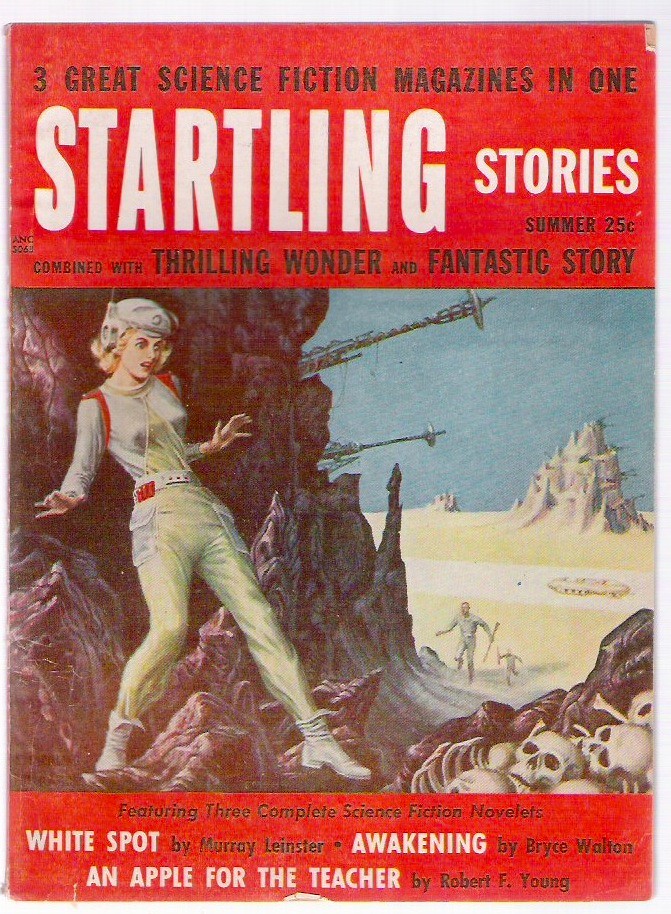 This one's a bit different than the usual space babe cover... for starters, this one's pretty much covered up, and she's nowhere near as buxom as is typical! 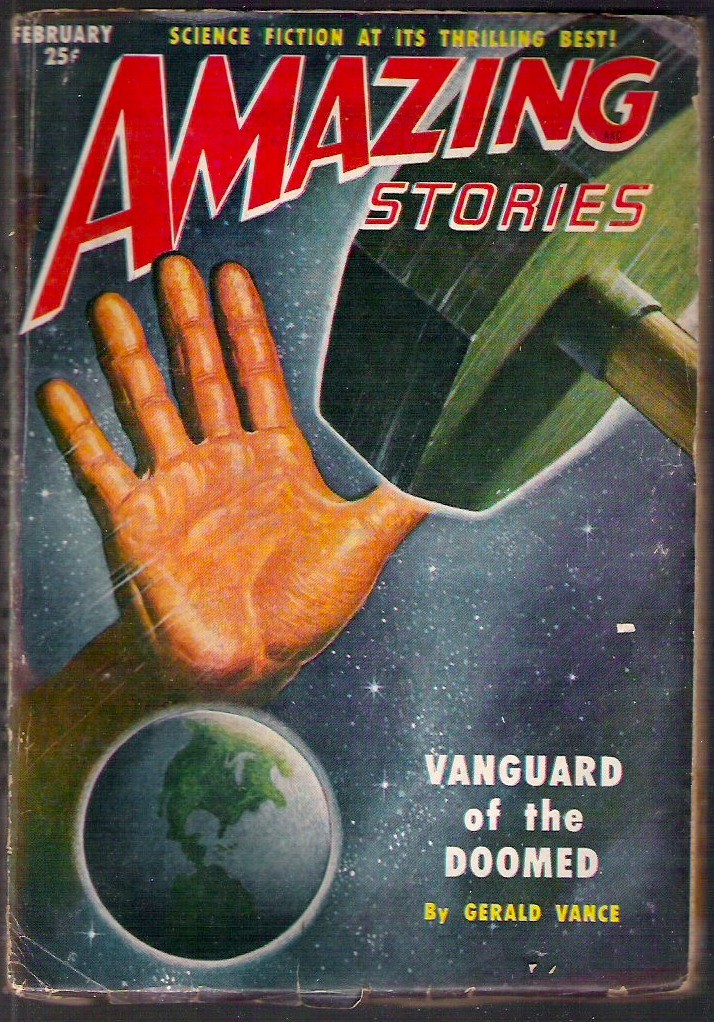 Here's the last one for this go-round... while it's symbolic, we've seen in the comics this kind of thing as being literal, such as in Spectre stories!
Posted by Jon K at 6:52 PM