Time once again for me to look at original Marvel comics covers and the covers of the reprint books those same stories later appeared in, looking for any changes made to them! Why don't you play along and see if you can catch anything I miss? As usual, we're not paying any attention to recoloring, just actual changes to the art! 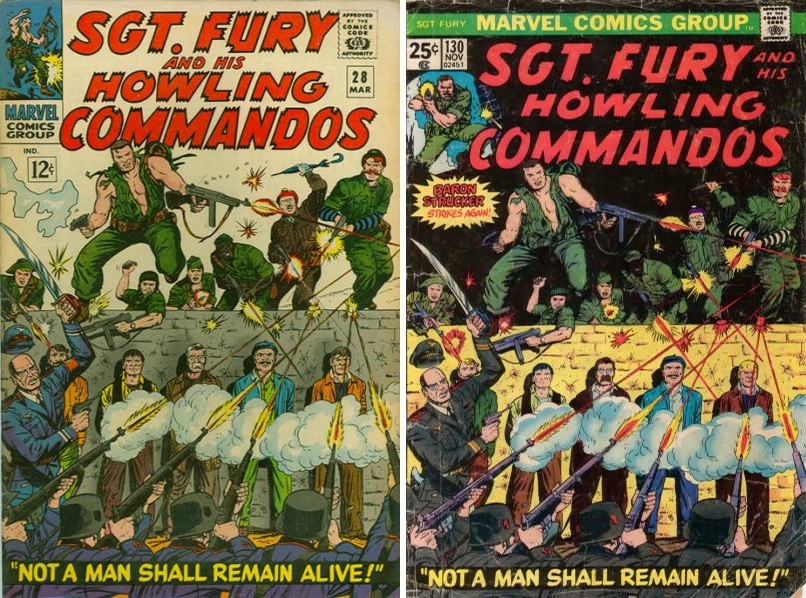 First up, it's Sgt. Fury #2 and the reprint in #130... and it doesn't appear there was much changed, aside from the coloring... except if you look at the left side. The art was shifted over (possibly shrunk just a tiny bit), and the smoke from Fury's pistol's been removed so that the Baron Strucker burst could be added. 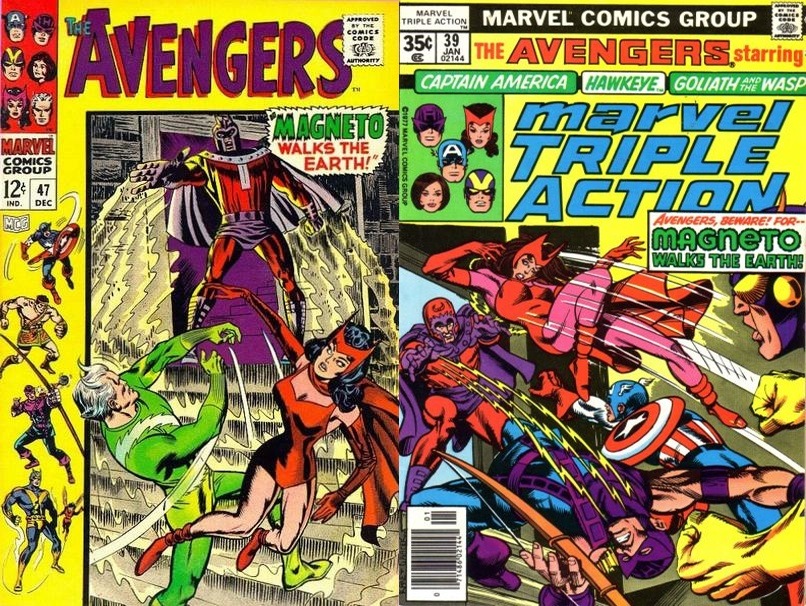 You know, most of the time I prefer the original cover to an all-new cover on the reprint books, but I have to admit, I think that the cover for Marvel Triple Action #39 is a more effective cover than the cover of Avengers #47! 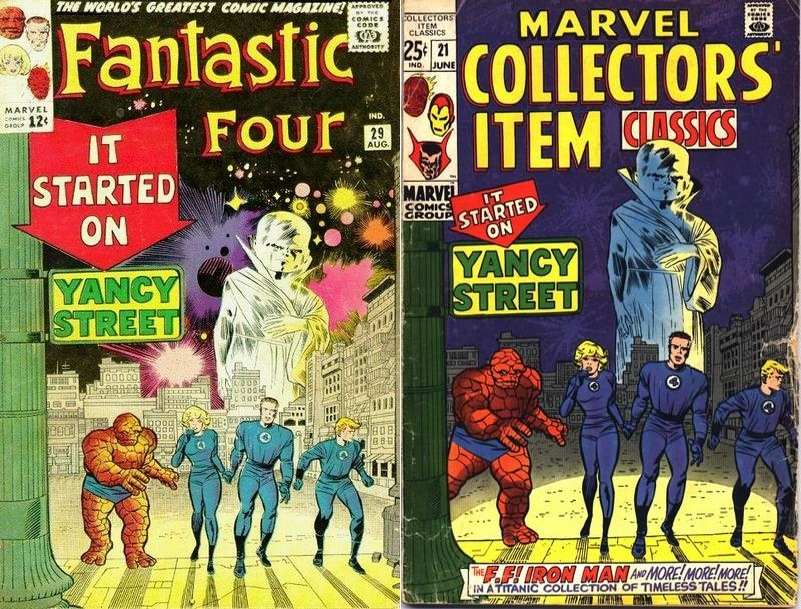 Lots of changes made when Fantastic Four #29 was reprinted in Marvel Collectors' Item Classics #21... The post and sign were left alone, but the figures of the FF have been enlarged quite a bit, as has the city in the background. The Watcher has not only been shifted up, but he's also been rotated slightly and some added to him. It also looks like the background has been altered as well. The reworked version actually works a bit better for me. Oh, yeah, the "It Started On" blurb is much smaller and relettered. 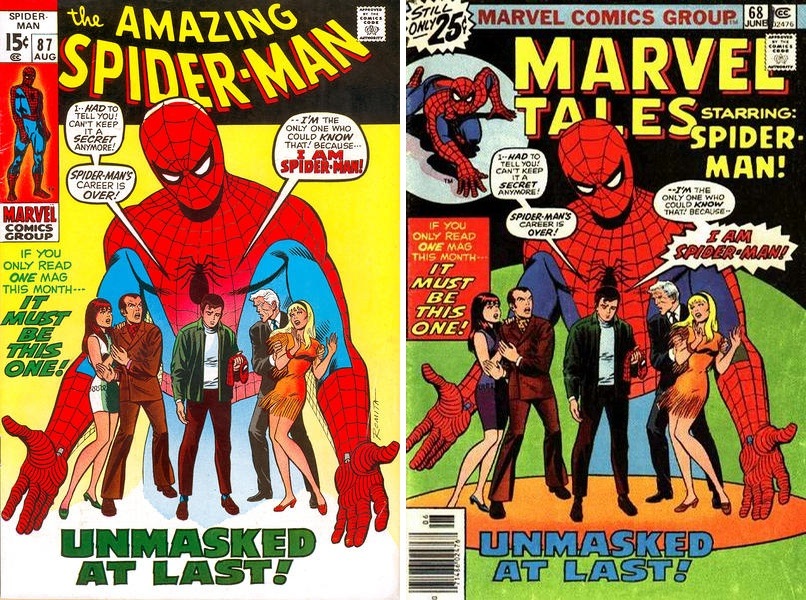 Blurbs are moved and reworked, a background circle has been added. The foreground characters are enlarged, too, and the background Spidey figure has been lowered and slightly reduced. Plus the balloons are moved around, and a few redone! 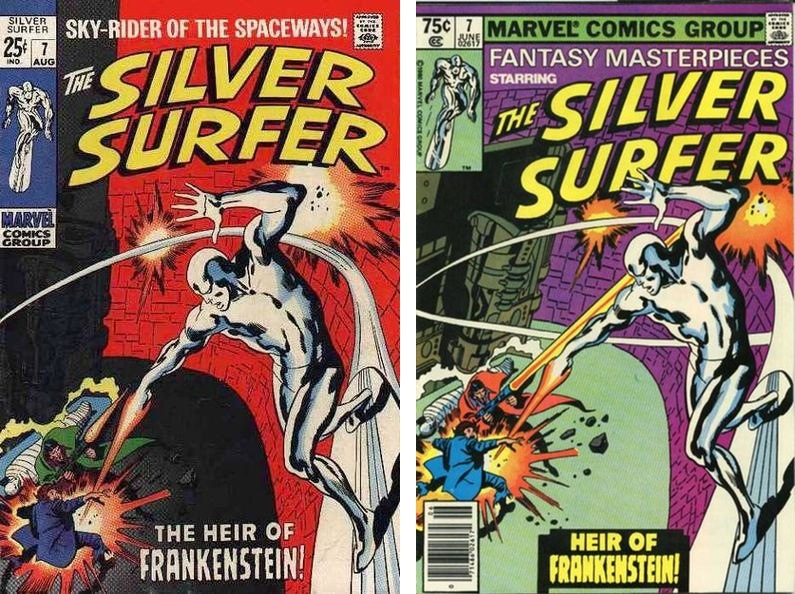 Marvel always seemed to leave the Surfer covers alone when reprinted in Fantasy Masterpieces, but here, there's been changes made due to the UPC code's presence... the background figures and the scenery they're on have been shifted up, making it necessary to rotate the Surfer's arm and energy blast... actually, the entire Surfer figure has been rotated, hasn't it? 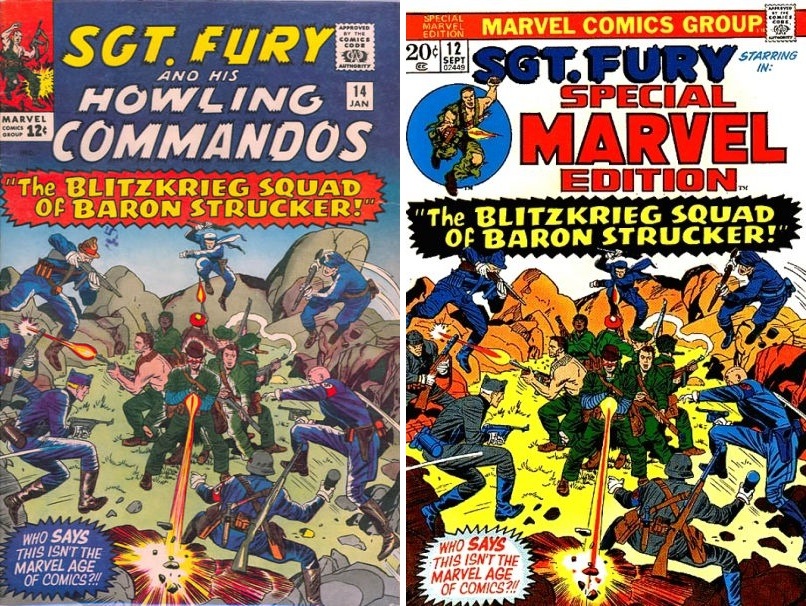 The blurb's been changed, and the art slightly reduced here, but I don't see other changes. 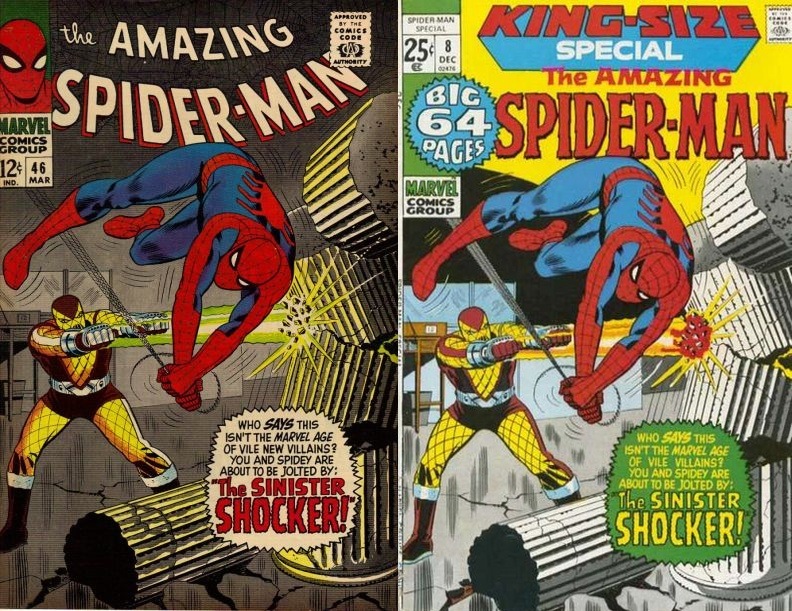