Time for an installment of Monster Stuff, which features photos of monster-related collectibles that have been offered for sale on eBay, although not necessarily available now (so if you go searching for any of these to add to your collections, you may have to wait for them to show up)! 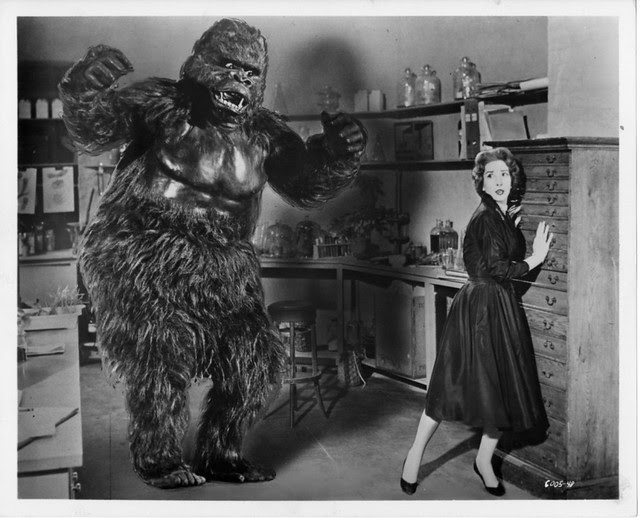 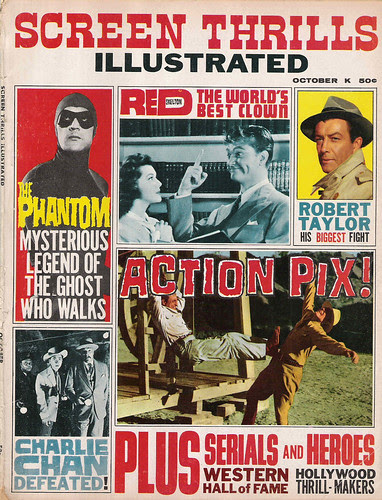 Time for another installment of "Covers Redux," in which I compare the cover of a Marvel comic book with the reprint title that reprinted it, comparing and contrasting the two in order to identify what, if anything, was changed (aside from coloring). All covers come from the Grand Comics Database, for which I (and many other bloggers) owe a debt of gratitude towards! So, let's get started! 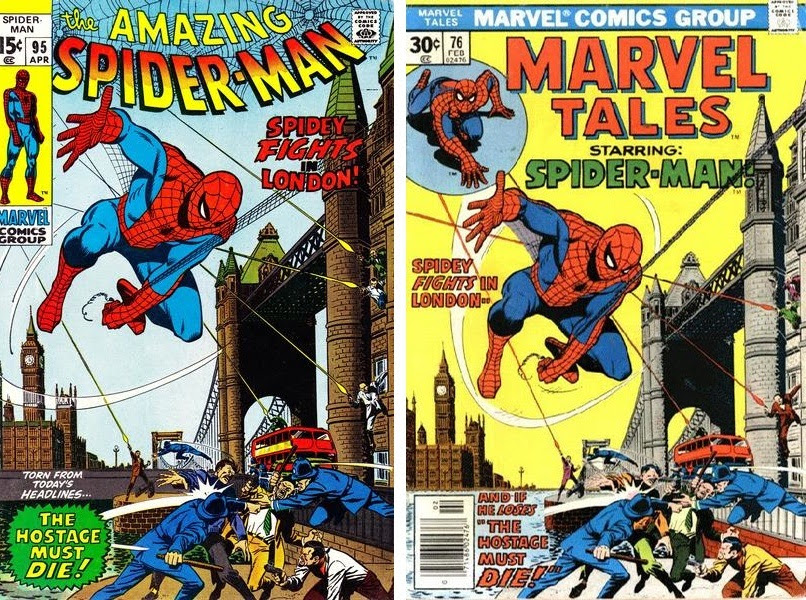 First up, let's look at Amazing Spider-Man #95 and the reprint in Marvel Tales #76. At first glance, it appears that the cover was just reduced, but that's not the case! There's been some cutting ad pasting going on. Look at the bridge and Spidey's position... Spidey is clearly lower, and the bridge is smaller (it's difficult to tell exactly what went on there... was the bridge redrawn, or was it just cut into smaller sections and pasted back together so as to make it shorter?). Spidey's web-line has been redrawn (it's wider on the original), and some has been added to the drawing of Big Ben in the background. Also, the wall has been eliminated entirely, so that Big Ben could be shifted down. It's a pretty good job of cutting and pasting, especially for those pre-Photoshop days, eh? The Spidey figure also appears to have been rlotated ever so slightly on the reprint, and the double-decker bus has been altered slightly as well. 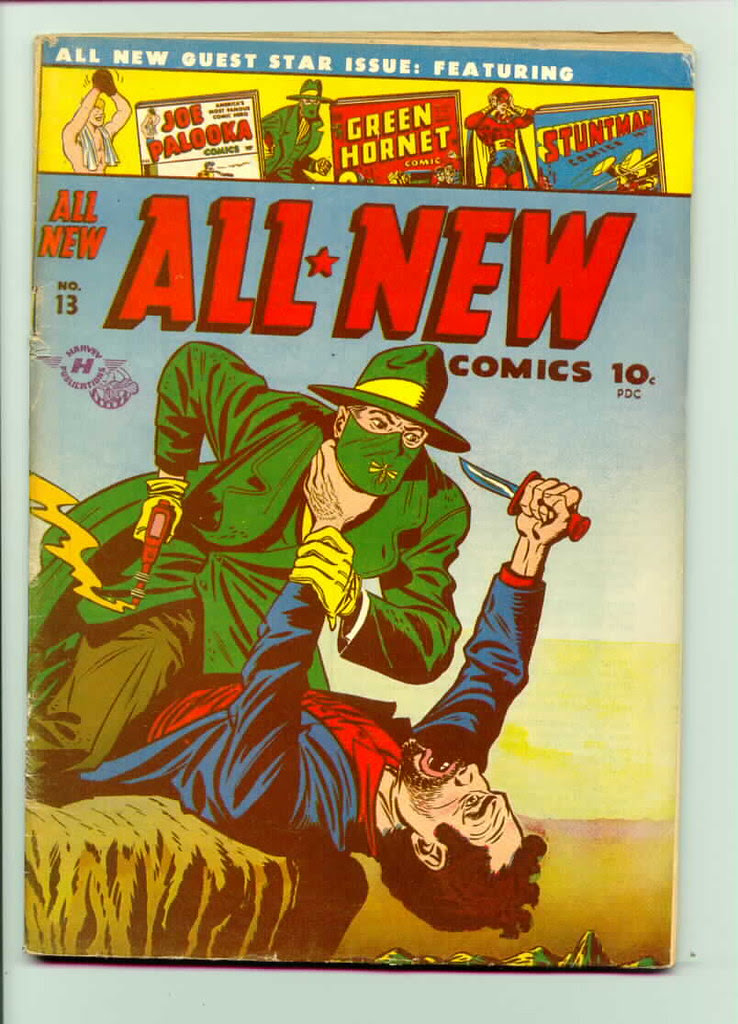 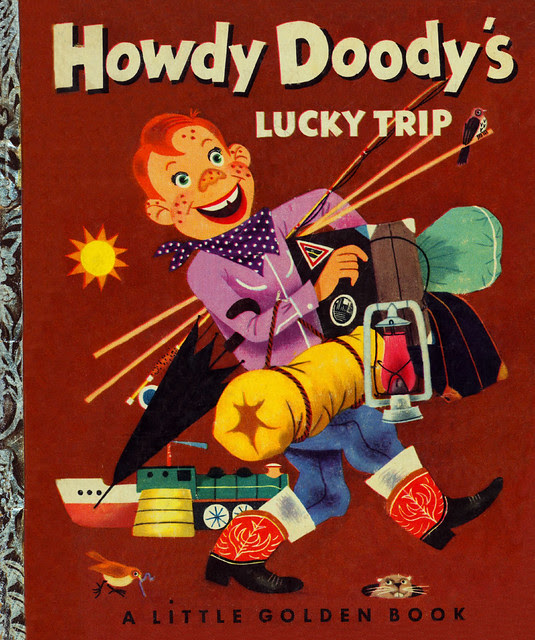 ITEM! I am still doing the eBay thing, selling a variety of items... vintage children's books, book and record sets, Star Wars items, coloring books, my Give-A-Show Projector collection, View-Master reels, and more! Be sure to check out my current listings by clicking here -- and as before, if you bid and win on one or more of my auctions, include the message "Random Acts of Geekery" or simply "RAOG" with your PayPal payment, and I'll rebate you 10% of your winning bid!

ITEM! Work is going fine at the Wal-Mart, especially now that I'm starting to get more hours. The only thing that really doesn't work about the job is that I'm always working on the weekends, making my time with my family limited. Still keeping my eyes open for other opportunities, though, especially ones that pay better!

ITEM! Because of doing the eBay thing, I've not been working as far ahead on this blog as I had been... but I'm taking a break from adding new listings for a week so I can get some more done for May's posts, since that month will get here sooner than it seems! I'm still hoping to some time get about six months ahead, so I can take a break without going to a hiatus (I hate doing hiatuses). By this time, you've started seeing some of the new features, and there'll be more to come in the coming months, too. Please let me know what you think!

ITEM! After having caught up with Marvel's Agents of SHIELD, I next caught up on Avengers Assemble. That's not a bad cartoon version of the Avengers, but I find myself wondering why they felt they needed to cancel Avengers: Earth's Mightiest Heroes to do this new show, which isn't all that much different (the biggest difference is that this new show features Avengers from the movies, whereas A:EMH had Ant-Man/Giant-Man, the Wasp, and the Black Panther among its roster -- Black Widow and Falcon are in on the current show). There's also been a lack of guest-stars from other Marvel comics so far. I'll stick with this one, just because it's been good. I've also started working on catching up with Arrow, the WB show loosely based on Green Arrow. The first season was all right, but I'm really enjoying the second season much more, given the greater influx of other DC characters (pretty much the first season just had Deadshot, Deathstroke, and Count Vertigo - albeit in altered forms). I do find myself wishing they'd just wrap up the adventures Oliver had on the island, but I'm guessing that we'll continue to get these flashbacks through the entire series -- kind of like the old Kung Fu show with Caine's background. I've been half wondering if anyone's been compiling the island segments together to show in order, without the present-day stuff!

The Monkees, Episode 13: "One Man Shy" aka "Peter and the Debutante"

It's the 13th episode of The Monkees, one of the few episodes known by two titles, "Peter and the Debutante" or "One Man Shy".  This episode was written by Gerald Gardner, Dee Caruso and Treva Silverman, directed by regular director James Frawley, and features the song "You May Just Be The One," written by Michael Nesmith (this original version wasn't released until the Missing Links CDs of rarities was issued by Rhino Records in the 1980s, and is featured on Volume 2. The reworked version of the song, which is probably better known, was featured on Headquarters, the first album the Monkees did without Don Kirschner's supervision (to put it nicely). Also featured in this episode is "I'm a Believer," written by Neil Diamond, which was the last track on the second album, More of the Monkees.

Guest-starring in this episode were:

George Furth, as Ronnie Farnsworth. He had previously appeared in two episodes of Batman, playing Galus in "Hizzoner the Penguin/Dizzoner the Penguin," Miklos in "The Carpathian Killer Affair" episode of the Man From UNCLE, would appear in a second Monkees episode, playing Henry in "A Coffin Too Frequent," appeared in "The Little Black Bag" episode of Rod Serling's Night Gallery, played Van Johnson in Blazing Saddles, as well as a number of other non-genre roles, both before and after. He passed away in 2008.

Lisa James as Valerie Cartwright. Lisa doesn't have any other genre roles, and only 11 screen credits, according to the IMDB. Roxanne Albee also appears in this episode as a party guest, and she had uncredited parts in eight other Monkees episodes (she was the blonde girl who seemed to appear in most every episode, with a very distinctive look. She dated Micky for a while, even before The Monkees started). John London also appears as a party guest, but he was better known for being Michael Nesmith's stand-in on the show in 55 episodes, also he can be seen on-camera in six other episodes. John was a friend of Michael's in Texas, and the two of them were part of a trio called Mike, John & Bill with Bill Sleeper. On several Monkees songs, John can be heard playing bass guitar, including "The Girl I Knew Somewhere." 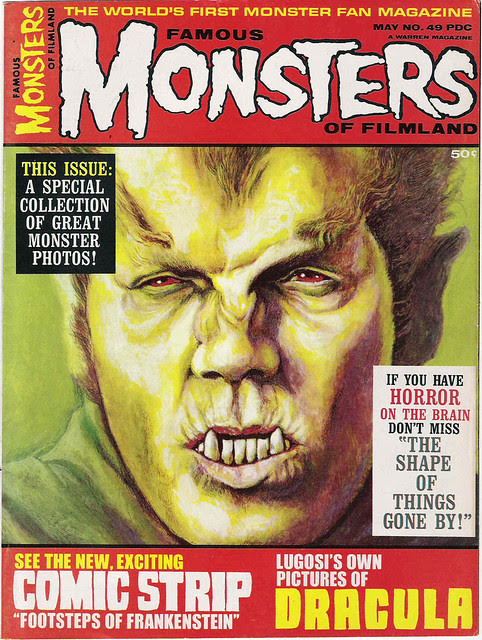 This installment of "Cool Stuff" begins with revisiting Slurpee cups, now that I have some better photos of some of them! 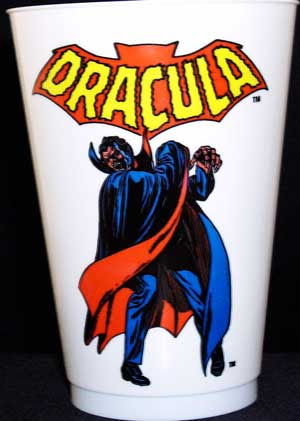 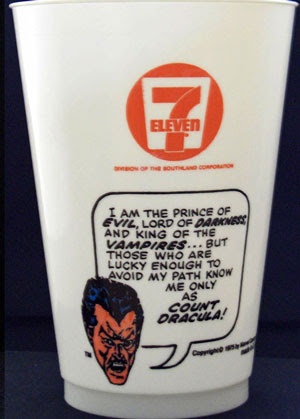 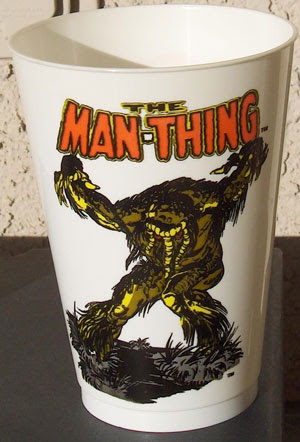 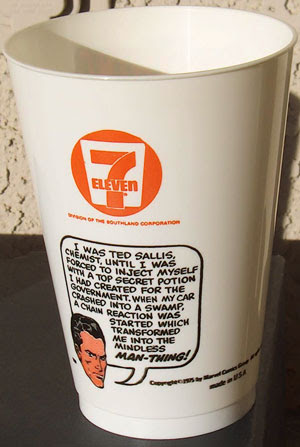 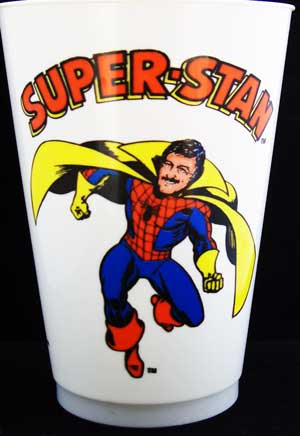 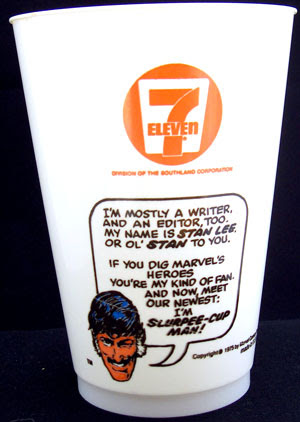 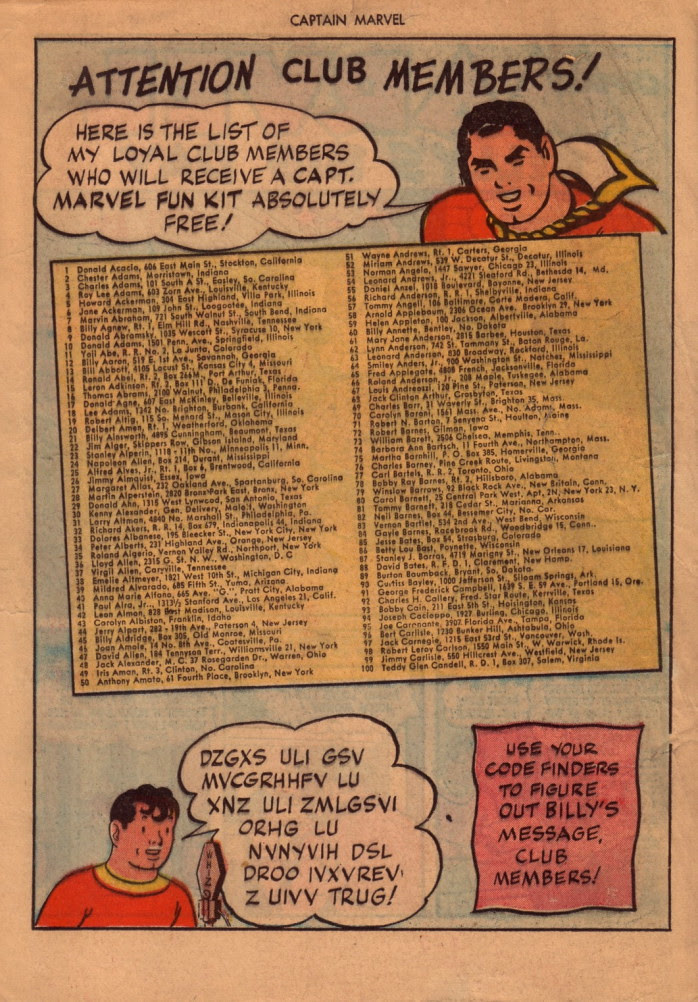 Continuing with my look at Fawcett Comics house ads marketing the Marvel Family, we start with a few ads that listed members of the Captain Marvel Club, which also included messages in the secret code! 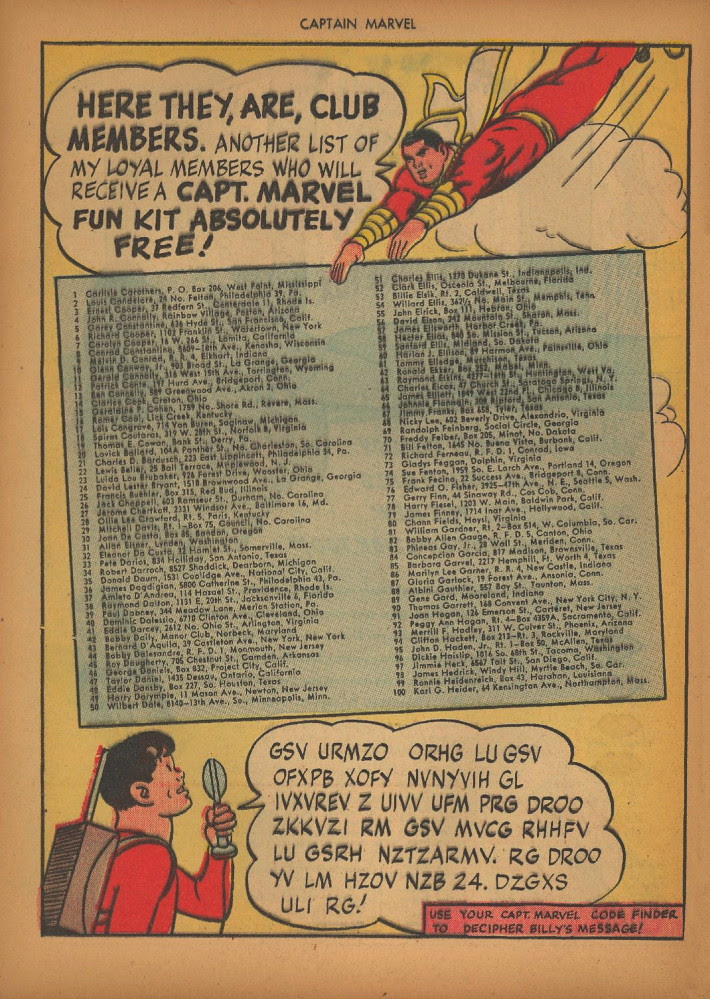 Time for another parade of Kirby Kovers! 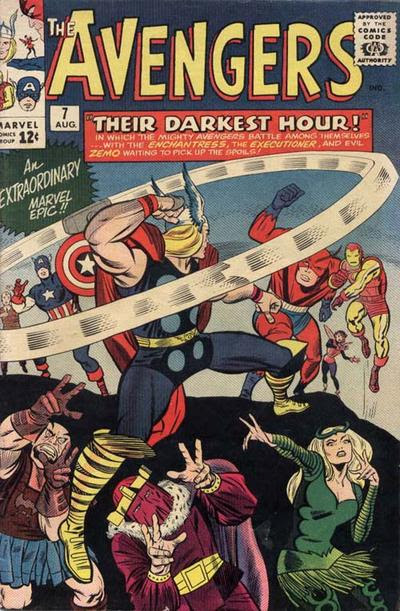 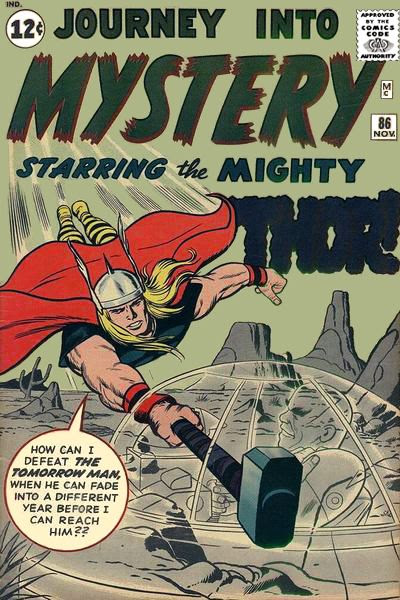 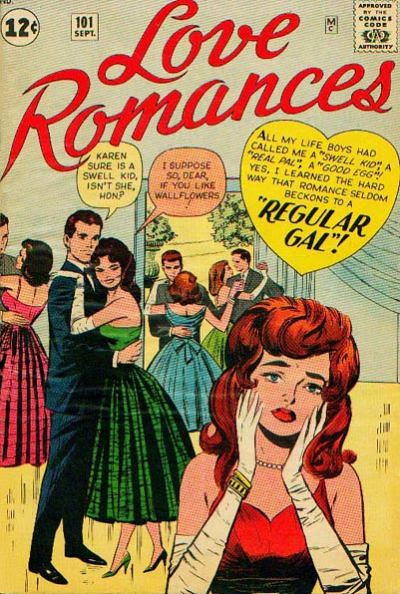 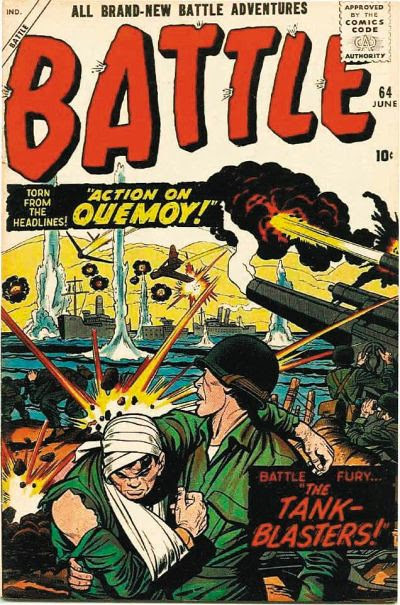 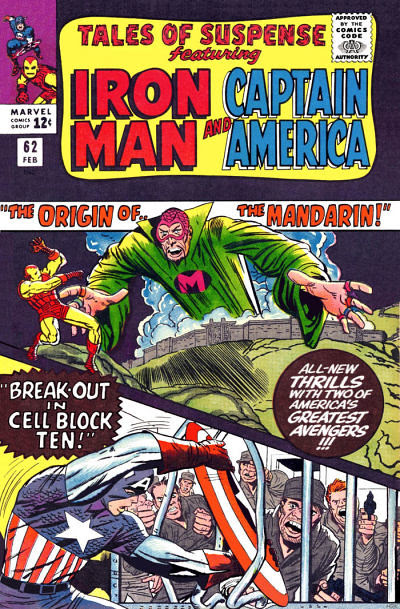 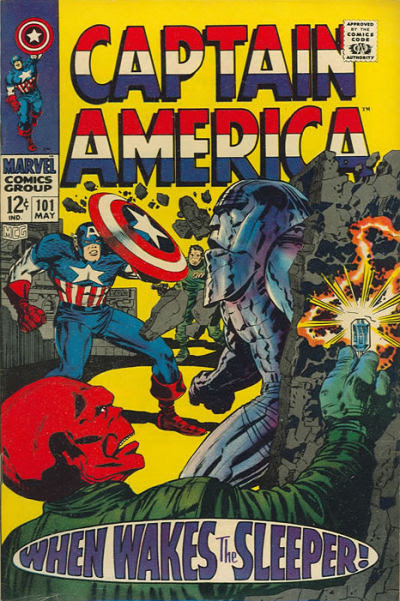 Dog of the Geek Finale: Toto! 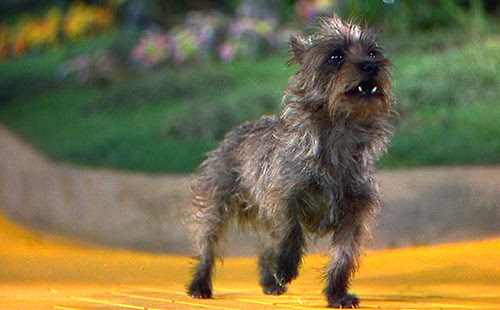 Breed: Terrier (depending on the interpretation, either a Cairn Terrier or Yorkshire Terrier; in some of the Oz books, he's a Boston Terrier)

Other Appearances: The other Oz books Tik-Tok of Oz, The Lost Princess of Oz, The Road to Oz, The Emerald City of Oz, Grampa in Oz, The Magical Mimics in Oz; The movies The Wizard of Oz and Return to Oz; also in the Wizard of Oz cartoon, as well as other appearances.

Biography: Toto is the pet dog of Dorothy Gale, and is swept up with her in the tornado that brings Dorothy to Oz for the first time. He returns to Oz with Dorothy several more times. He is devoted to Dorothy, but does have a tendency to misbehave at times (this is what gets him in trouble in Kansas).

Powers: None originally, but it's later revealed in the books that he's capable of speech, no doubt due to his time in Oz.

Miscellaneous: In the MGM film The Wizard of Oz, Toto was played by a female brindle Cairn Terrier named Terry, and was paid $125 a week. After the popularity of the film, her trainer changed her name to Toto, and she appeared in 13 different films. When Terry died in 1945, she was buried at Carl Spitz' ranch in Studio City, CA, but in 1958 her resting place was destroyed by construction of the Ventura Freeway. In 2011 a permanent memorial for Terry was dedicated at the Hollywood Forever Cemetery in Los Angeles.

And with this installment, thus ends “Dog of the Geek.” I'd originally had a few more dogs on the list, but they were getting ridiculously obscure. Next time around on the schedule, this feature will be replaced by “Ape of the Geek,” which will follow a similar format, but with simians instead of canines!

As usual, solutions after the jump! 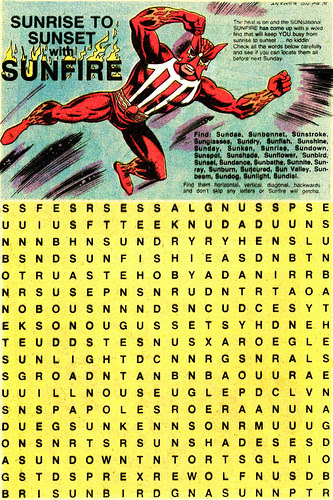 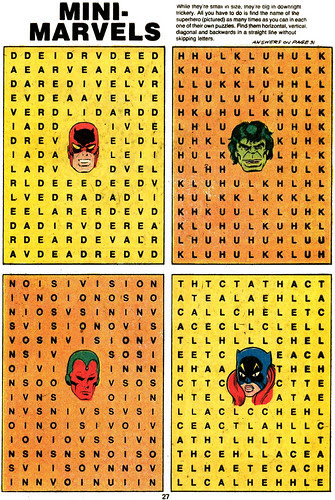 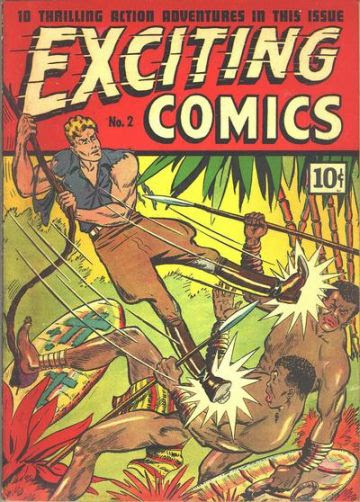