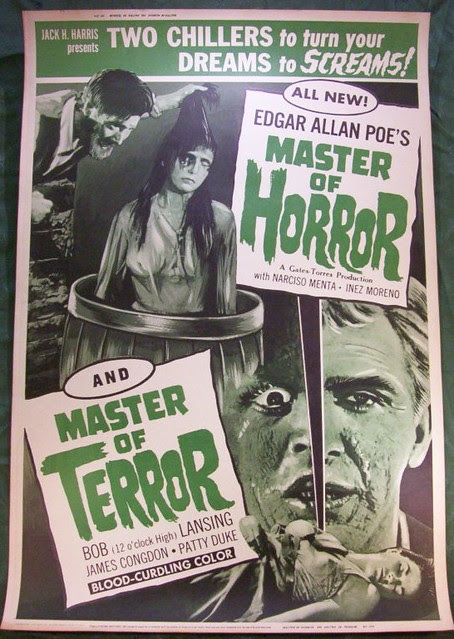 This edition of Monster Stuff opens with this double-feature poster for Master of Horror and Master of Terror! More after the jump!

Book and Record: Beneath the Planet of the Apes!

Here's another story from the short-lived Bullwinkle newspaper comics strip! Consider this to double as a bonus "Ape of the Geek" installment!

So for those of you just joining us here at the Random Acts of Geekery, this feature is "Covers Redux," in which I compare the cover of a Marvel Comic to the cover of the reprint book that the interior was reprinted in. Sometimes, there's a brand-new cover, and I'll nitpick a bit about which one I prefer (usually the original), sometimes the only change is the coloring (which was much better in the Silver Age, I think), sometimes there are obvious changes, and sometimes they're subtle! So let's see what this installment brings us, shall we? 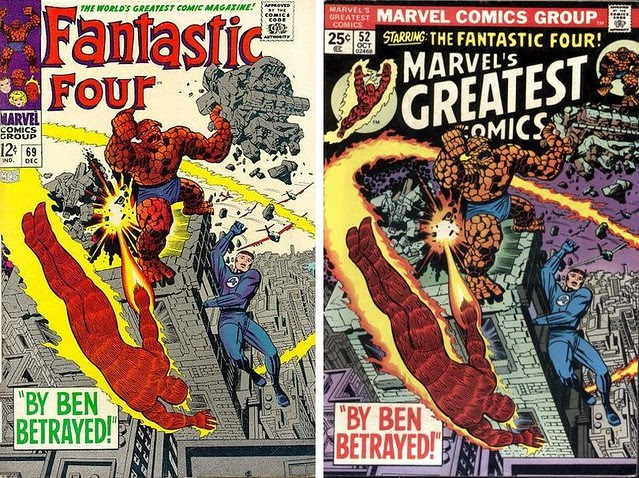 First up, it's Fantastic Four #69 and the reprint in Marvel's Greatest Comics #52. The changes here are subtle... At first, it looks like the image was just shifted down, with the bottom cropped... but that's not quite all. The image has been enlarged (hence the bottom cropping), but it's also been rotated slightly. The debris Ben is holding has been altered, and it looks like at least Ben's head has been slightly reworked, and possibly his left arm as well. Some of the background debris seems to be missing, although this could be due to enlarging from a stat of the original art. Also note that Johnny's flame trail has been changed, so that the total arc of flame is shown here. 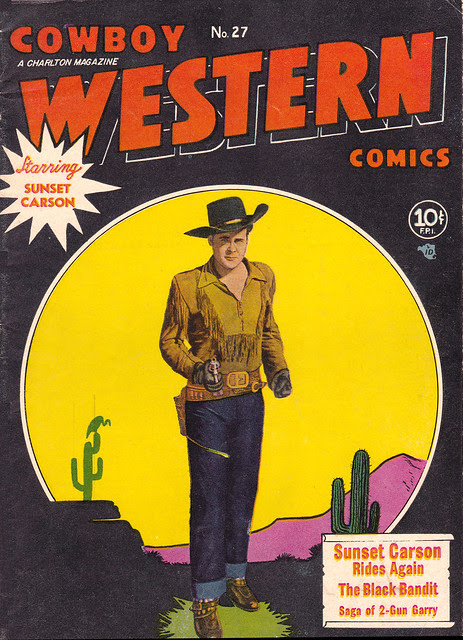 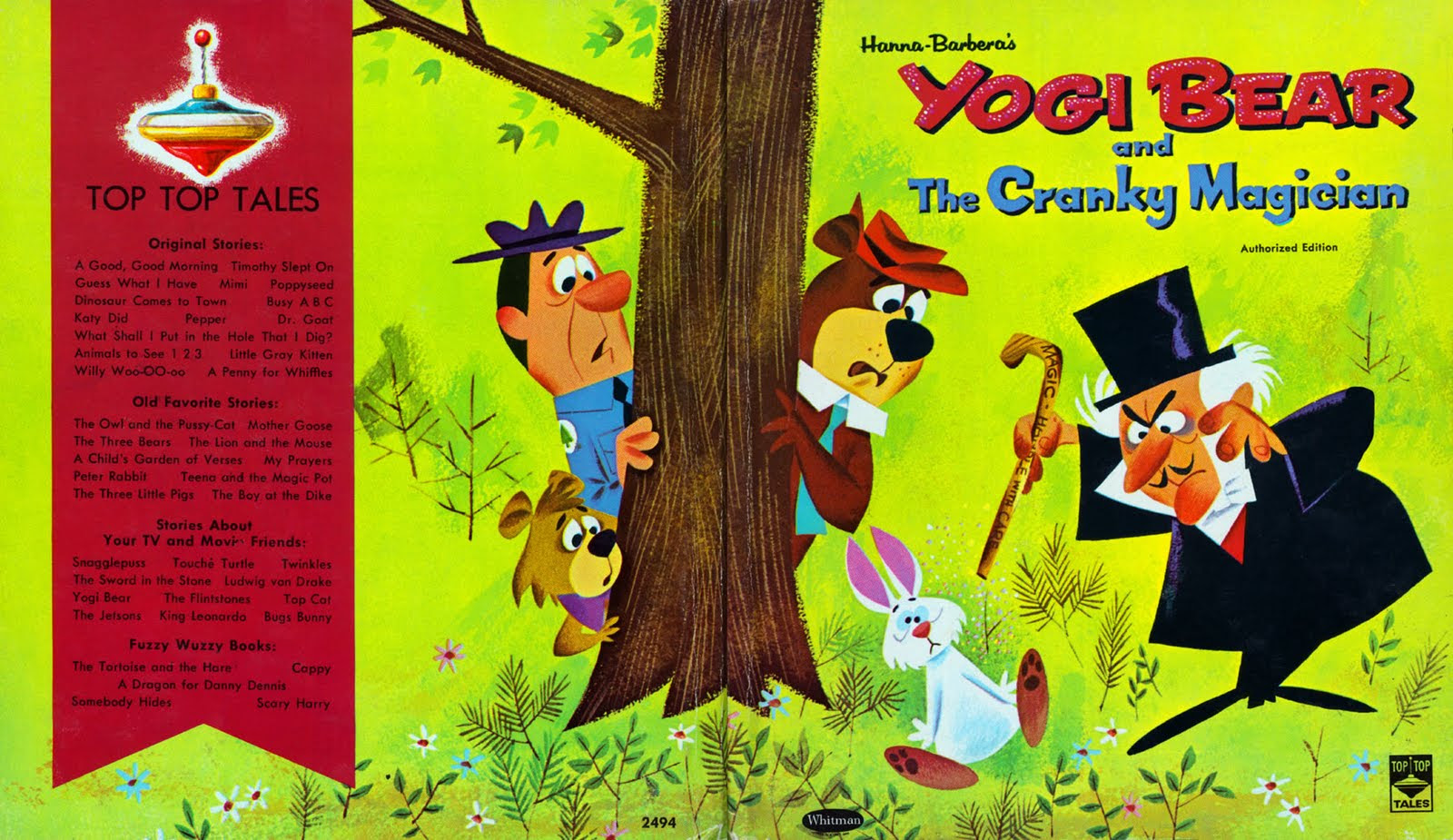 We're up to episode 14 of The Monkees, and this is one of two episodes I'll be looking at this month! This episode was written by Bernie Orenstein (the last of three episode he wrote), and features the songs "I'll Be Back On My Feet Again," written by Sandy Linzer and Denny Randell (a different version than the one the Monkees redid for their album The Birds, The Bees & The Monkees, the original version wasn't released until Missing Links Volume 2, in 1986) and "I'm a Believer," written by Neil Diamond, which was on More of the Monkees.

The guest cast for this episode are Karen James as Miss Buntwell (her only screen credit), Stephen Coit as the Timid Man (his geek credits include playing Lt. Conway in an episode of Space Patrol, and playing the Coroner in the TV movie Death Ray 2000 in 1981), Elisabeth Camp as Woman (she would later appear in the episode "Son of a Gypsy" as Mme. Rantha), Derrick Lewis as Smoothie (he previously appeared in a 1963 Twilight Zone and played Lt. O'Brien in six episodes of Voyage to the Bottom of the Sea), and Hal March as Renaldo (his previous geek credit was playing Agent Ray in the 1954 movie The Atomic Kid). Also appearing in this episode, uncredited, was Bette Nesmith Graham (Michael's mother, the inventor of Liquid Paper). 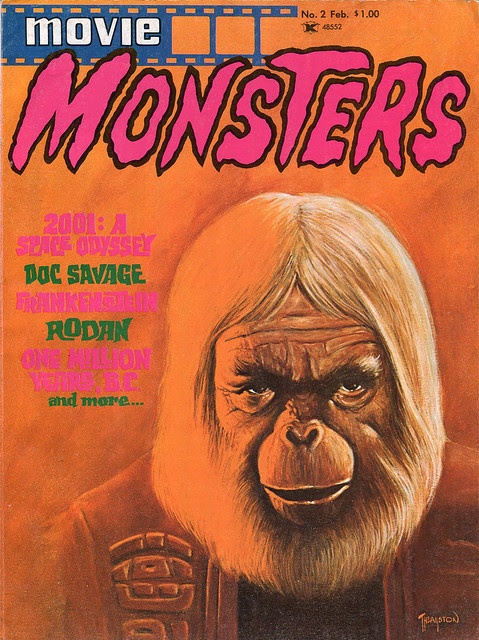 This 'N That Time Again!

Been a while since I updated you guys on stuff that was going on in my life over the past few weeks, let's see what I have for you this time around!

Announcing The Newest Additions To The Knutson Household!

The past few weeks here have seen our family growing, although in one case, it's only temporary. First of all, we got a new foster child placed with us, a little three-year-old boy whom I'll just call D, because I'm not allowed to put his name or photo on any social media sites. D is, for the most part, a happy little boy, who has been in foster care most of his life, sad to say. He was in his mother's custody when he went into the system, and she's no longer in his life. His dad, on the other hand, has been working towards getting D put into his custody full-time. At present, D's dad gets together with him three times a week for non-supervised visits, and if the last few hurdles can be overcome, D will be able to stay with his dad permanently. Honestly, I'm not sure quite how I feel about that. D's dad seems to be a nice guy, but I'm not sure he's smart enough to handle taking care of a toddler (or any child, for that matter) on a full-time basis. I don't know if he's got a job or any source of income other than what the state might provide him, and he's currently got no permanent home (that's one of the hurdles). There are times I'd love to be able to adopt D (whose first name coincides with a certain supernatural Marvel character whose father is not known to be a loving, kind father... that should be enough info for my readers to figure it out), because he is a pretty good fit with our family... but then there are other times, like when I see how happy D is when he gets to see his dad, that I think he'd never be able to fully bond with us. So we're in kind of a wait and see situation there.

The other addition to our household is Rocky, a kitten who's about nine or ten weeks old. Rocky is a brown and black striped tabby, and he's also a polydactyl cat, which (for the uninitiated) means he's got extra toes on each paw. Because of these extra toes, he kind of looks like he's wearing boxing gloves, hence the name Rocky (although I kind of now find myself wishing we'd named him Kirby, because his toes are kind of squared, not unlike a Kirby drawing, plus Rocky is a tough little guy who doesn't take crap from the other animals in the house... another name that would've worked for him is Bear, because his paws bend in such a way that they look more like bear paws than cat paws). Rocky was supposed to be wife Jessi's cat, but apparently because I'm (to use my sister's words) "The Cat Whisperer" (you may recall my mentioning I've had cats in the past), Rocky seems to have chosen me as his primary person.

Time for another parade of photos of collectibles that I figured you, the readers of Random Acts of Geekery, might get a kick out of seeing (and perhaps even send you searching eBay or your local stores or events to add one of these items to your collection). We are probably looking at all Spider-Man items this time around! 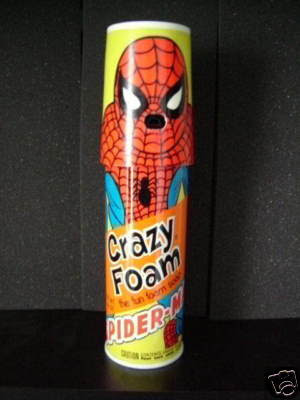 First up, it's Spider-Man Crazy Foam! I've written about Crazy Foam before, it was a mini-craze in the 1970s, cans full of pressurized soap that would come out in a foam (rather like shaving cream). The cans were designed so that the foam came out of the "mouth" of whatever character was printed on the can. If I recall correctly, the line initially came out with generic characters, like a clown, animals and so forth, but then they licensed some DC and Marvel characters for them.

Looking at some more miscellaneous ads from Fawcett Comics! 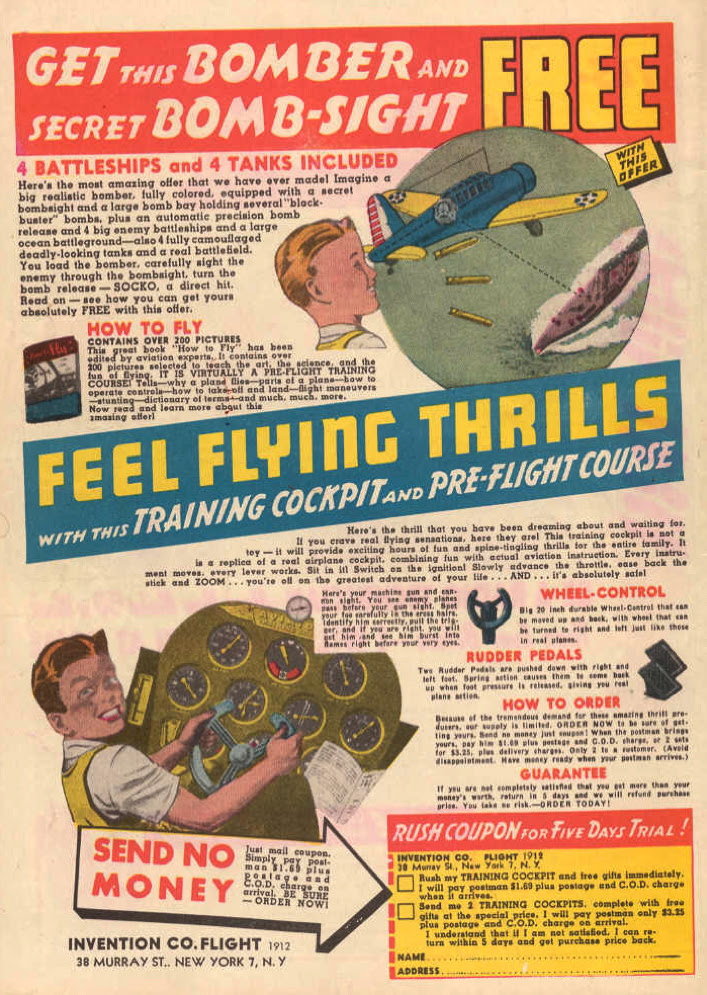 I'm not sure what happened…

… But for some reason I didn't make any new posts for the blog for last couple of days of this month. However new post will be resuming as regularly scheduled on 1 April. I will be doing an updated this n that post later on today.
Posted by Jon K at 2:56 AM No comments: