Now, we come to that feature where you can play along at home... We'll look at a Marvel comic and the reprint, comparing the covers, and looking for any changes that've been made! If you spot something I didn't, mention it in the comments, okay? 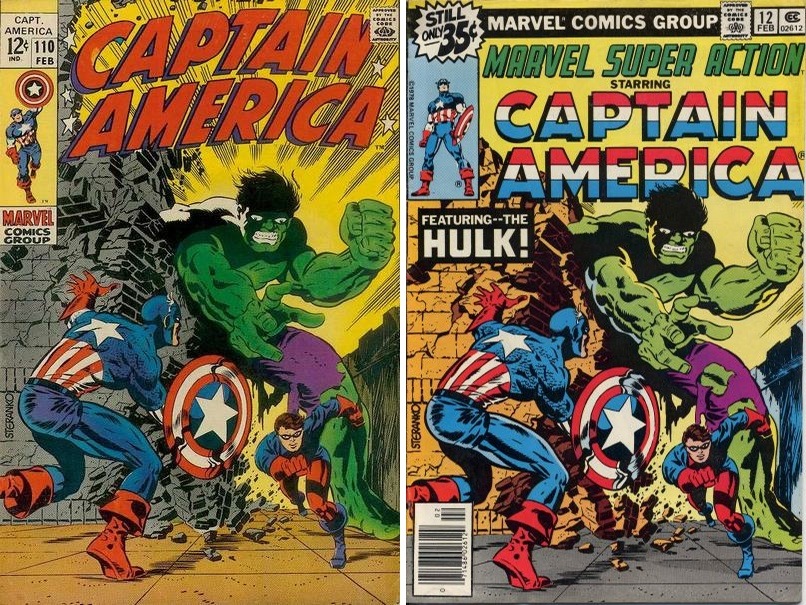 First up, here's Captain America #110, and the reprint in Marvel Super Action #12. You'll note that the image has been shifted down a bit, and most of the speed lines behind the Hulk are gone. I'm guessing that the stat used for this lost some of the brick detail, or else some of it was reinked. It's especially noticeable in the shadows. 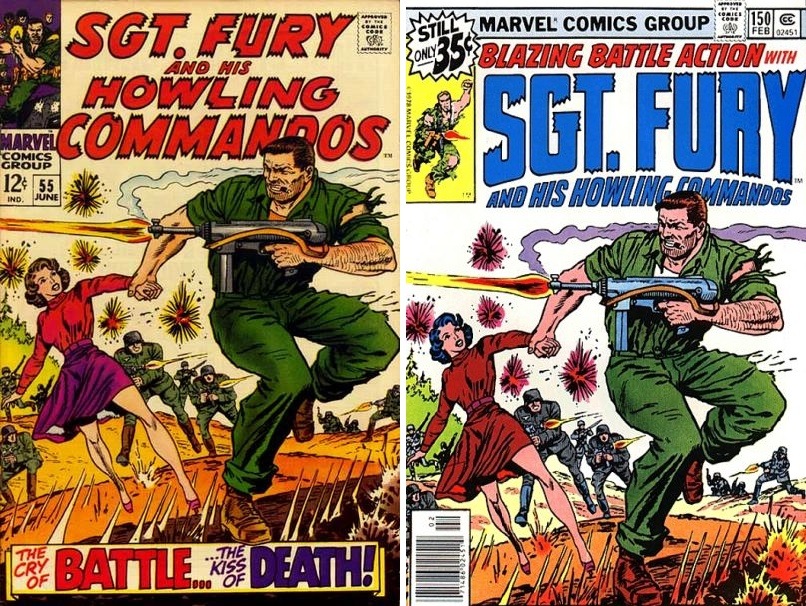 Again, here's an image shifted down situation, when Sgt. Fury #55 was reprinted in issue #150. The blurb has been removed, probably to accommodate the UPC, although Marvel usually would reduce the blurb so it could still fit! 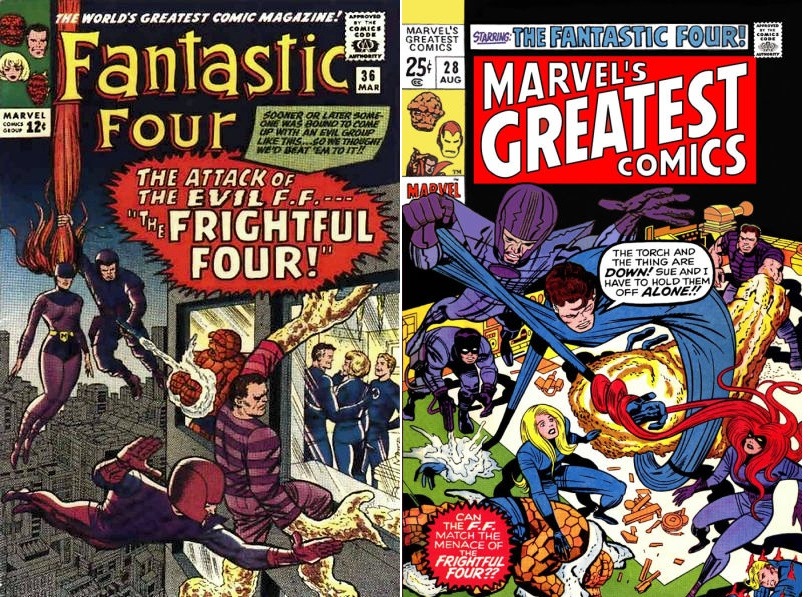 When Fantastic Four #36 was reprinted in Marvel's Greatest Comics #28, it still had a Kirby Kover, so I can't complain too much about it being all-new, can I? 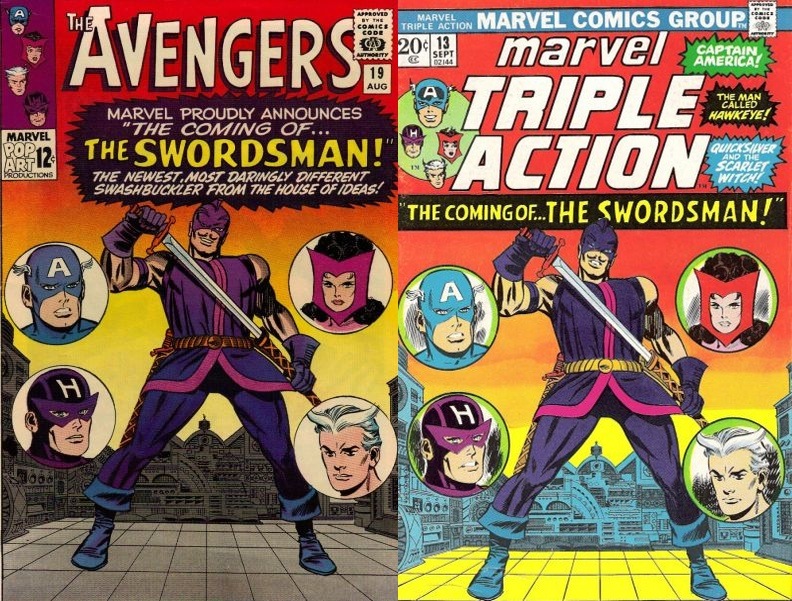 Next, we have The Avengers #19 and the reprint in Marvel Triple Action #13. You'll note some subtle changes in the floating heads... Hawkeyes mouth is opened, Pietro has more of a frown, and there's been some background aded to the bubbles. The new cover looks almost like they had Don Heck redraw some of it, but I can't imagine why... maybe the reprint used a stat of the original cover before some changes were made for publication? The Grand Comics Database says that the bubbles were drawn by Heck, with the Swordsman taken from a stat... but they said the original cover was much the same, so... 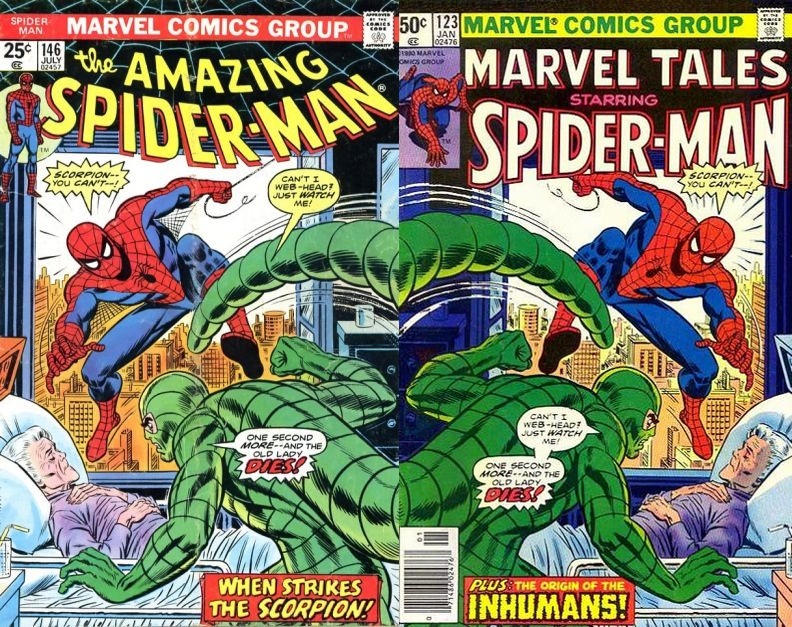 I know it looks bizarre... when Amazing Spider-Man #146 was reprinted in Marvel Tales #123, it was flopped, and the word balloons moved about... I'm not sure why it was needed, unless they didn't like the Scorpion's hand hidden by the UPC code! 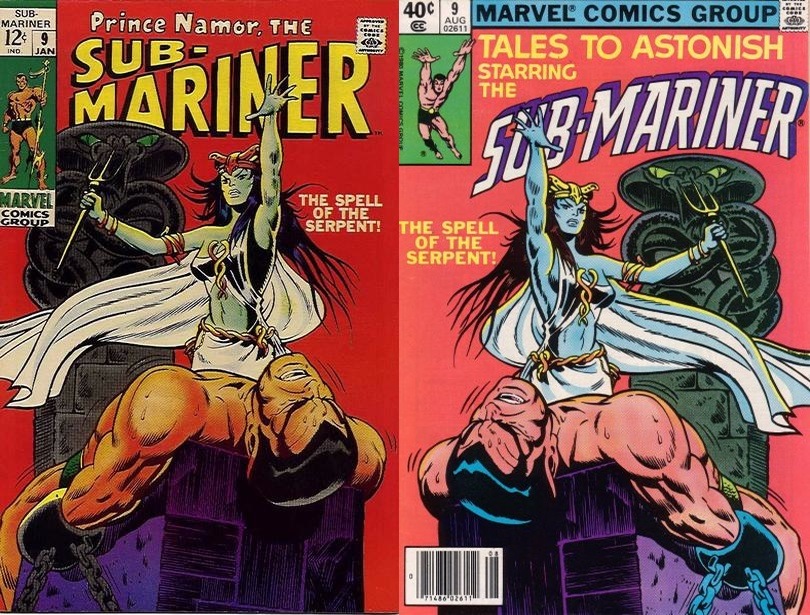 Another flopping of the image occurred when Sub-Mariner #9 was reprinted in Tales to Astonish #9, as well as shifting it down slightly. 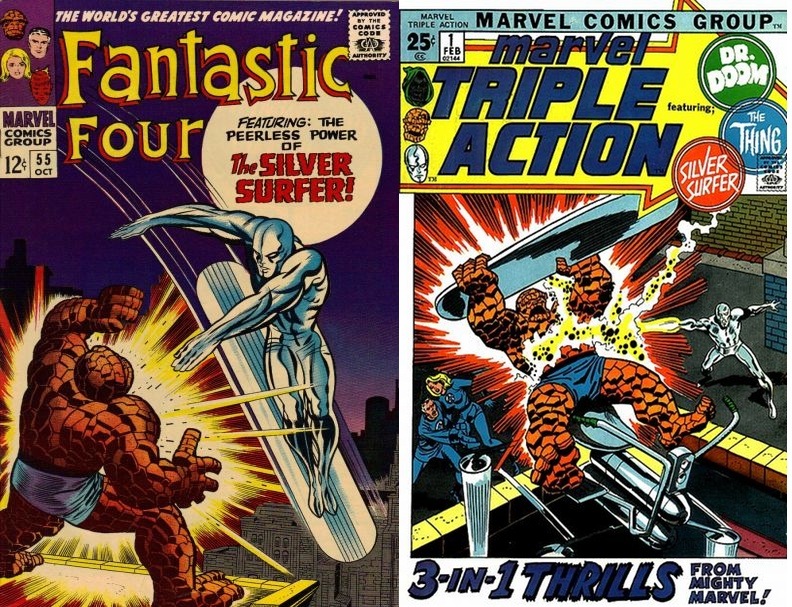 When Fantastic Four #55 was reprinted in Marvel Triple Action #1, it was all-new cover time... the original was better, if you ask me. I don't know why they made the "triple" part by mentioning Doom along with the Thing and the Surfer, then went with an all-new cover, but still didn't include Doom on the cover! 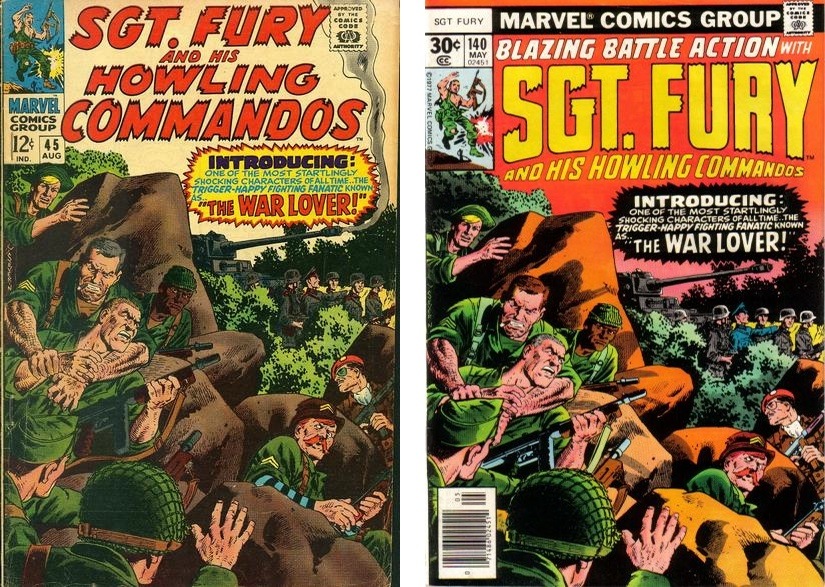 Next, Sgt. Fury time again, with Sgt. Fury #45 and the reprint in #140... it's pretty much the same, maybe reduced a little bit, with some extra background added and the smoke removed from the tank turret. 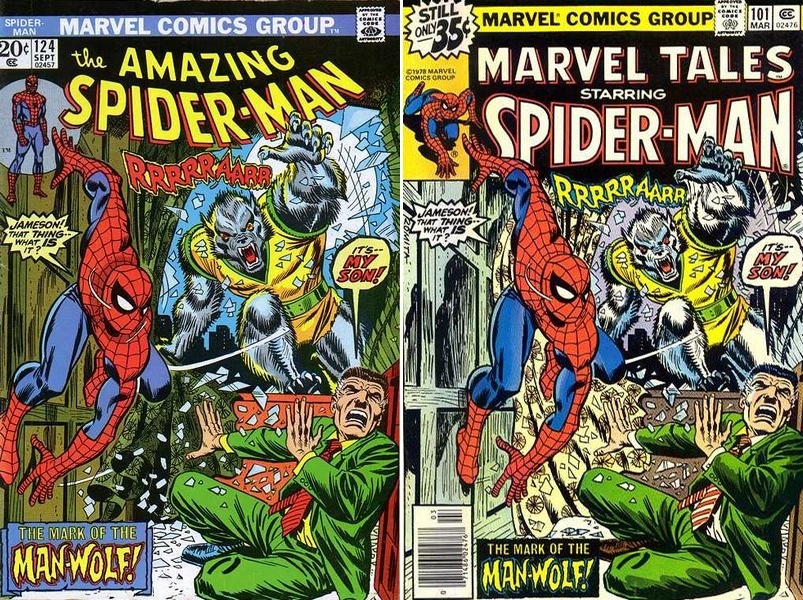 Finally, here's Amazing Spider-Man #124 and the reprint in Marvel Tales #101! At first glance, this appears unaltered, but look more closely... the Spider-Man figure has been moved a bit closer to the center, making it necessary to put some new wall drawing in. The curtain's been redrawn as well.