If you're around my age (53), you probably have fond memories as a child seeing rack toys made by AHI and other companies in stores like Kmart. Many of these toys are worth quite a bit of money these days, which is especially amazing considering how cheap they were back in the day! Among my favorite lines that AHI produced were their toys based on Star Trek and Space: 1999, so I thought I'd feature a mini-gallery of these toys for you this month! 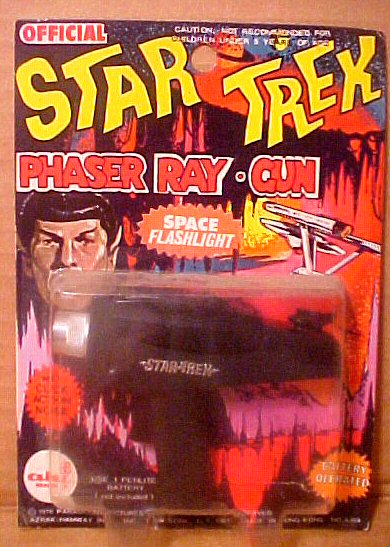 The Phaser Ray-Gun was probably the only AHI Star Trek item I actually owned... as you can see, it's shaped like a Phaser, with the Trek logo used on the Gold Key comic book, but it houses a small flashlight that would light up when you squeezed the trigger. Even as a kid, I bemoaned the fact that the barrel wasn't quite right... but I still got it! 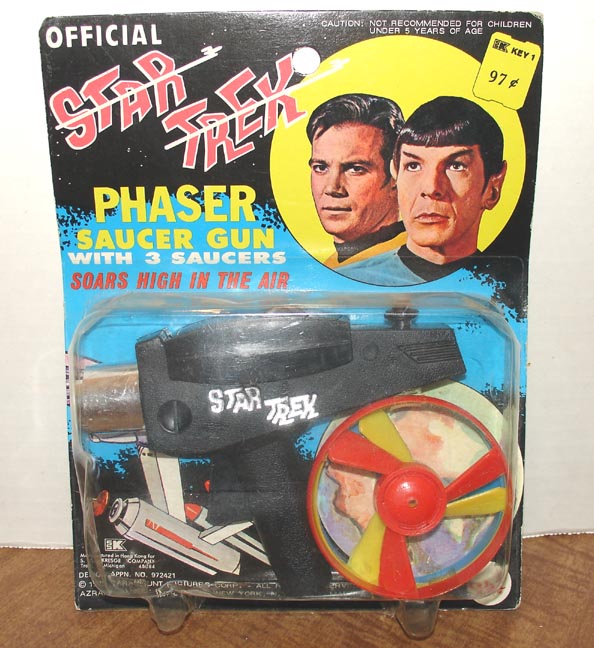 The Saucer Gun looked a lot like the ray-gun, didn't it? I wouldn't be surprised if some of the parts were the same, or at least slightly modified tooling from one used for the other. AHI did several different saucer guns. 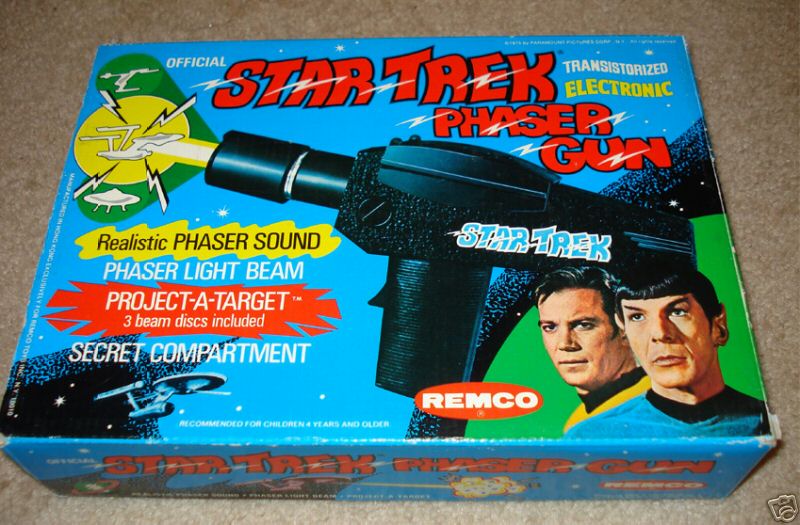 OK, I can hear you saying (or thinking), "Wait a minute... you said AHI toys, not Remco toys!" Well, Remco was a subsidiary of AHI (which is kind of odd when you think about it... Remco's toys were usually more expensive and better produced, so the cheap company was the parent to the more higher class company). Anyway, this is another Phaser toy, that's also pretty much a flashlight, although this comes with "beam discs" that would form the shape of the Enterprise, a Klingon Battle Cruiser, and a generic UFO. Note that this box uses photos instead of original art! 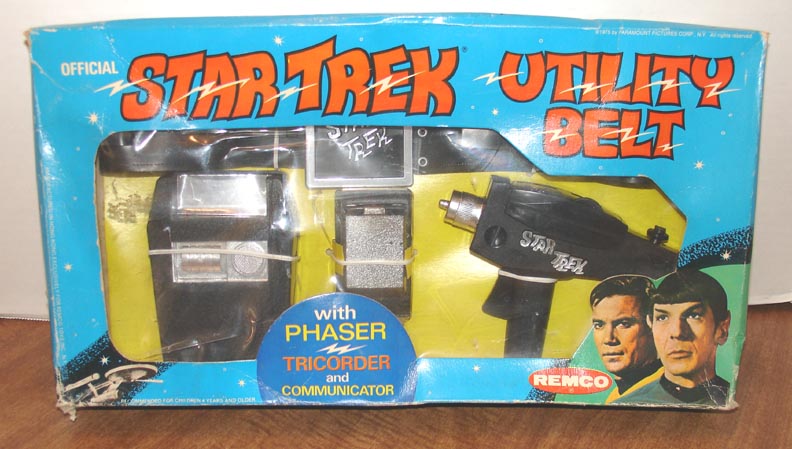 I would've loved to get this Utility Belt that included all three major props from the show, although looking at it, it doesn't seem that the items are very well-made... the Exploration Set models produced by EMT were much more accurate! Naturally, this is one of the more valuable items produced by AHI or Remco! 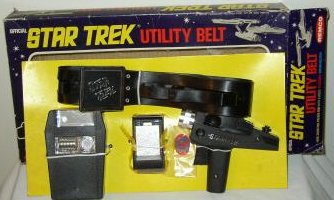 It was popular enough that two versions were sold, although it appears the only real difference was the box design. 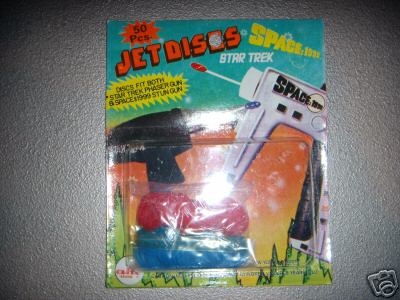 As you can see, AHI also did Jet Disc versions of the Phaser, as well as the weapon from Space: 1999... and both were featured on this refill kit! 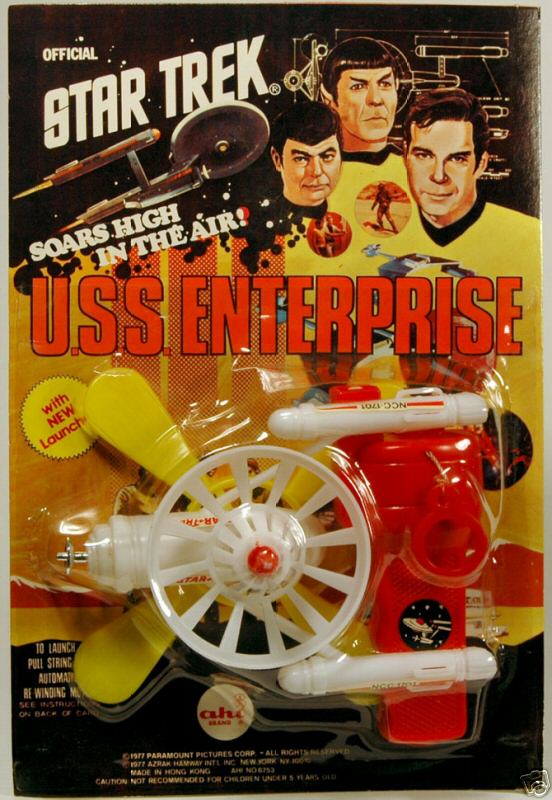 This flying Enterprise is pretty neat, even if they did move the saucer section to midships! Note that by this point, they were using the TV logo instead of Gold Key's logo. 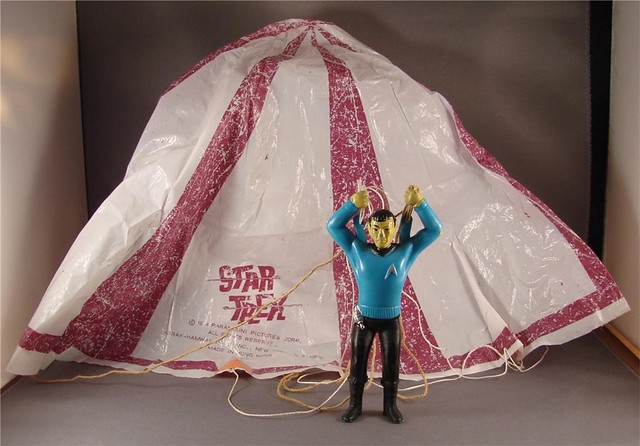 AHI was also known for making toys that really didn't fit their licenses at all. Here's a loose Mr. Spock parachutist... because, of course, they were always parachuting from the ship to the planet surface, right? 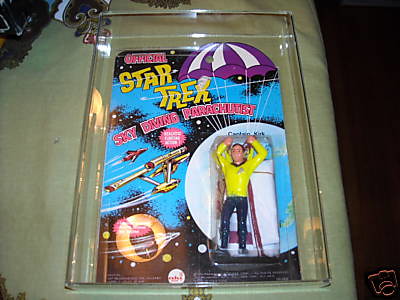 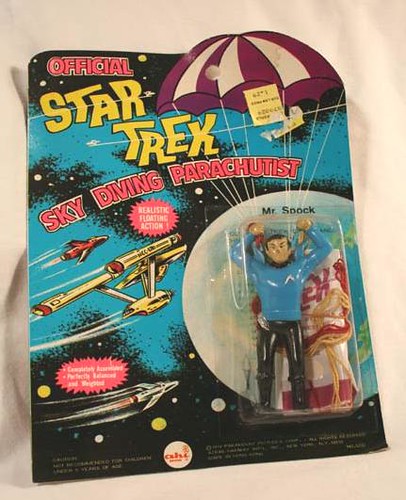 As you can see, they made versions of both Kirk and Spock, and neither of them is a particularly good likeness (they did a better job with Batman and Spider-Man ones). 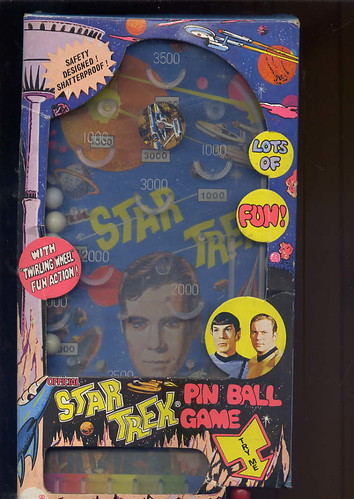 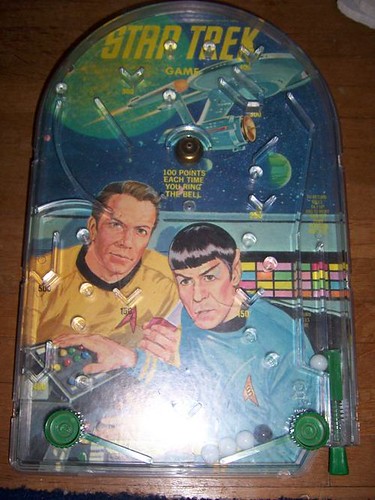 This pinball game may not have been an AHI item, but it looks like their kind of product! 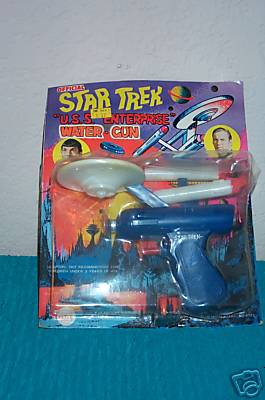 I wish I had a bigger, better photo of this Enterprise water gun, because I think it's the neatest idea that AHI produced, even if the execution was lacking a little bit (judging from the photo, anyway). 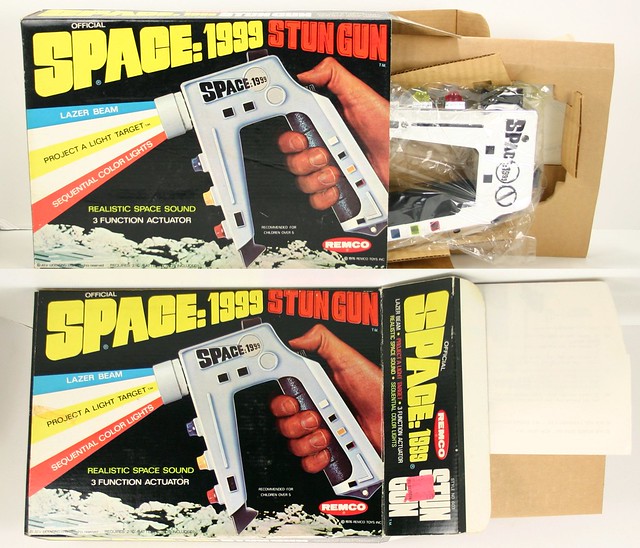 AHI and Remco seem to have made even more Space: 1999 items than they made for Star Trek, which is pretty amazing for a show that only lasted two seasons! Here's the Remco stun gun, and it looks pretty cool to me! 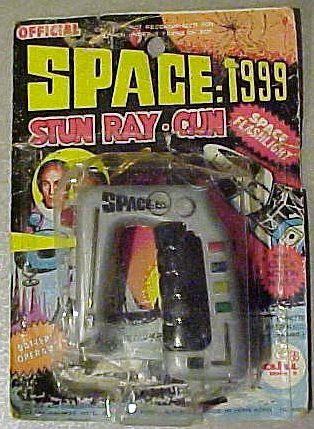 The Stun Ray-Gun was similar to the Phaser Ray-Gun. When I got the Phaser, my brother Jeff got this toy! 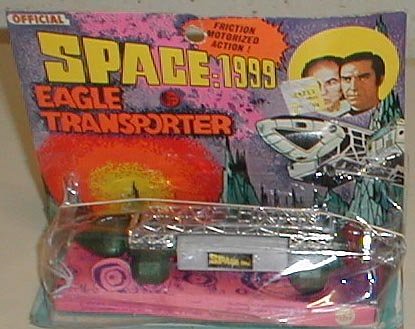 AHI made several Eagle Spaceship toys like this one, with a few color variations, as I recall. 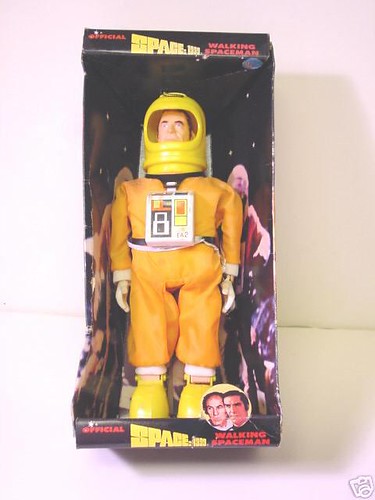 To be honest, I'm not sure if AHI or Remco made this walking spaceman toy, but it's pretty similar to earlier walking robot toys both companies produced. 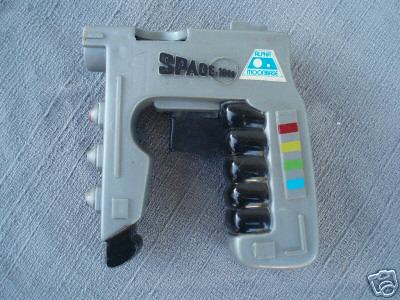 Here's the disc shooter version of the Stun Gun! 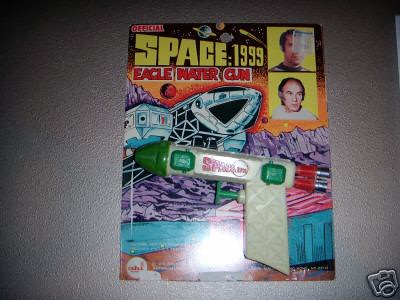 The Eagle water gun suffers from some of the same problems the Enterprise one did... great idea, but the execution was lacking. Note that the landing gear pods were moved up, and a lot of the detail is entirely missing. 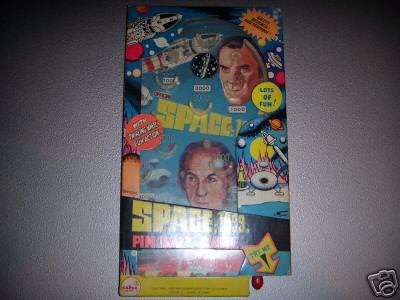 Of course, if there was a Star Trek pinball game, they had to do it for this show, too! 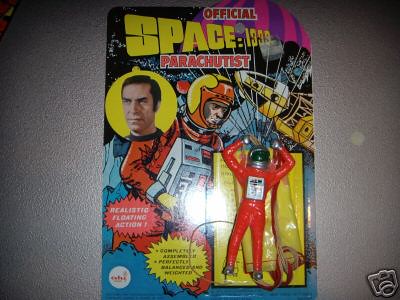 The same applies for the parachutists! AHI liked to repeat ideas between licenses (they also did parachuting Batman, Joker, Penguin and Robin figures, as well as Spider-Man, the Hulk, Captain America, Superman, and Cornelius and Dr. Zaius from Planet of the Apes... of course, most of those didn't really work with that concept, did they?). 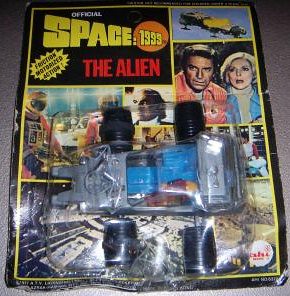 "The Alien" was a concept produced as a model kit (by a different company) as well as this car from AHI... I don't know if it ever appeared on the show at all! 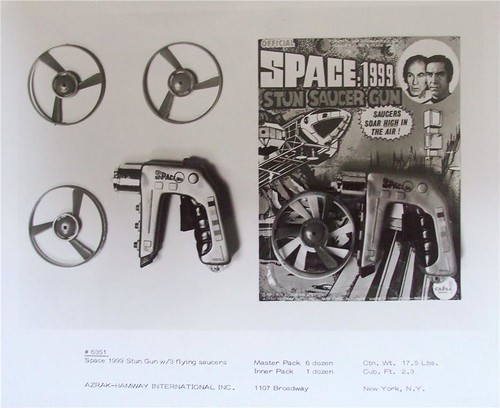 Here's the Stun Saucer Gun... or rather, the page from the AHI catalog promoting it! 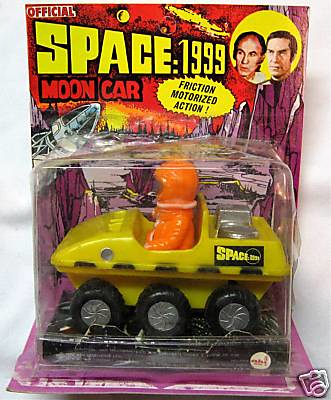 Last, but not least, here's the friction-powered Moon Car!