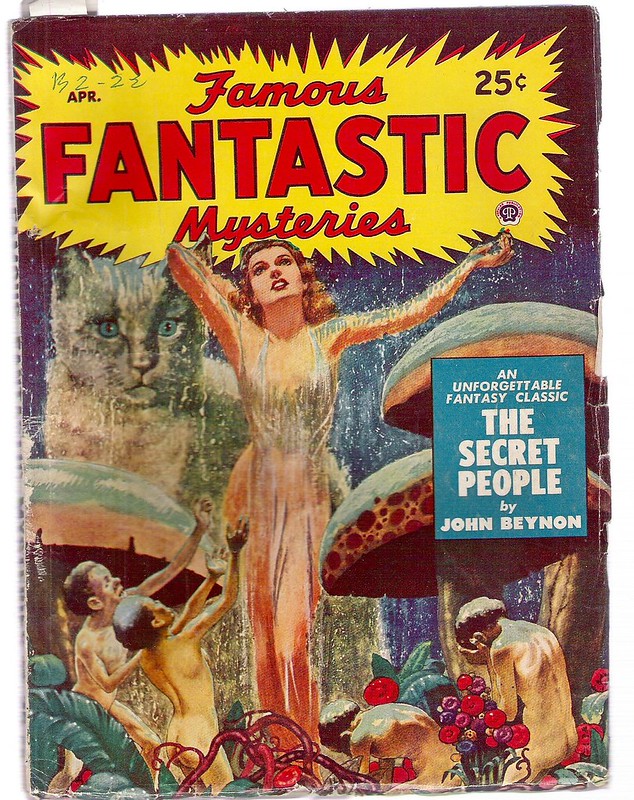 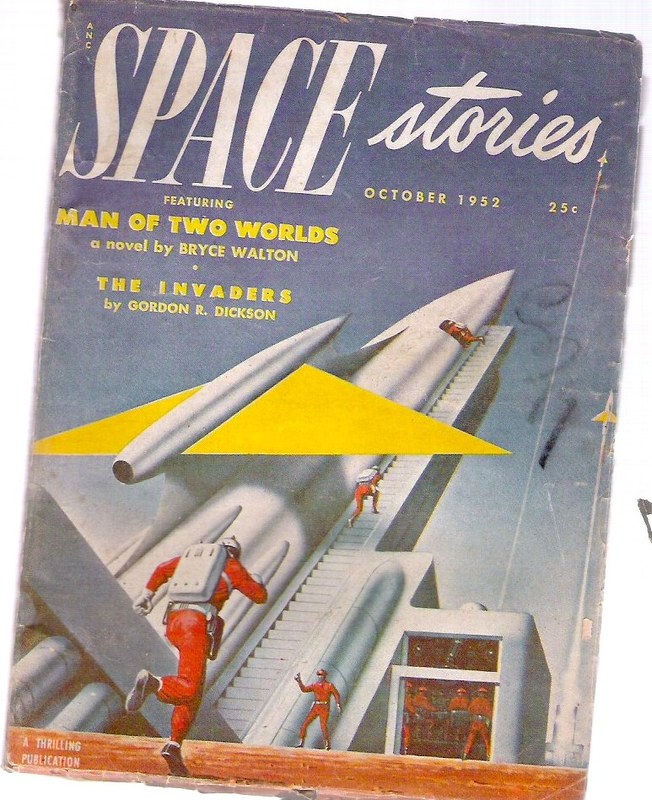 Here's a classic old-school spaceship and flight crew on the cover of Space Stories October 1952. What I find most interesting is the title "Man of Two Worlds," and I wonder if that story inspired the classic "Flash of Two Worlds" in any way! 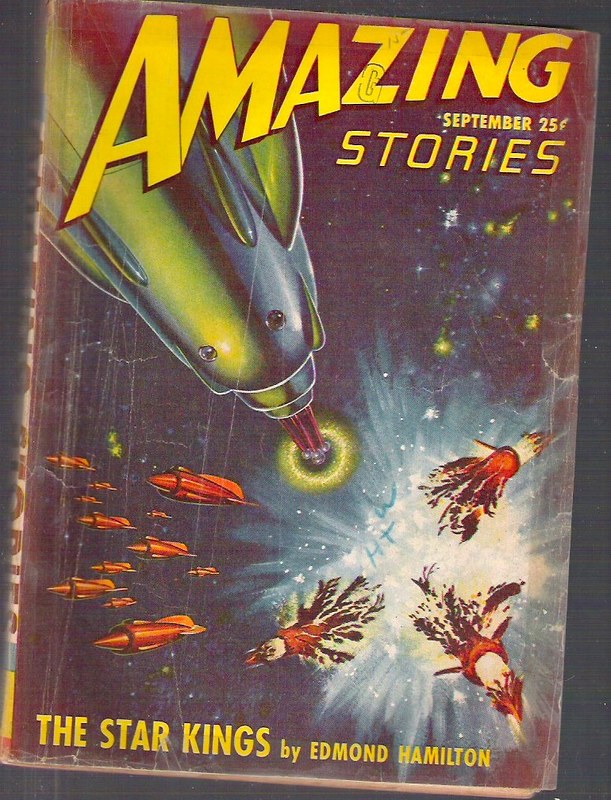 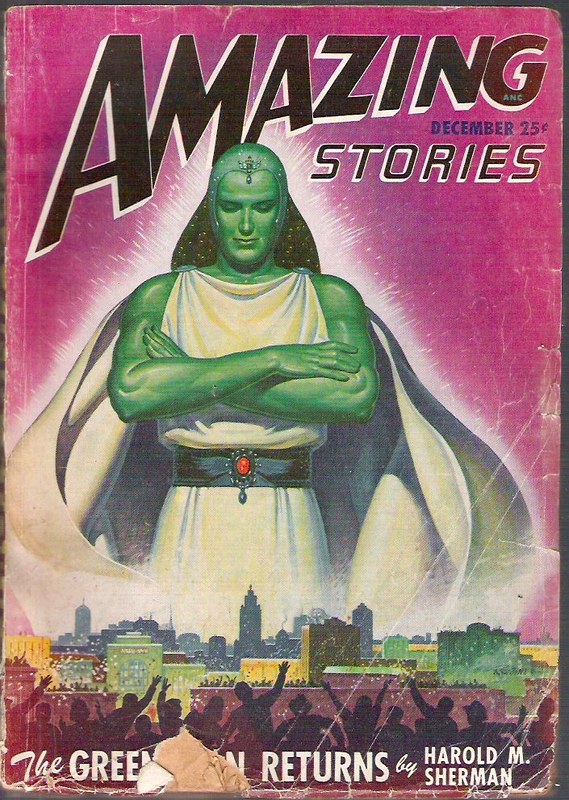 Amazing Stories December 1947 features "The Green Man Returns," and I can't help but feel like he looks rather familiar... like he's almost a pastiche of several mystical comic book characters in many ways. 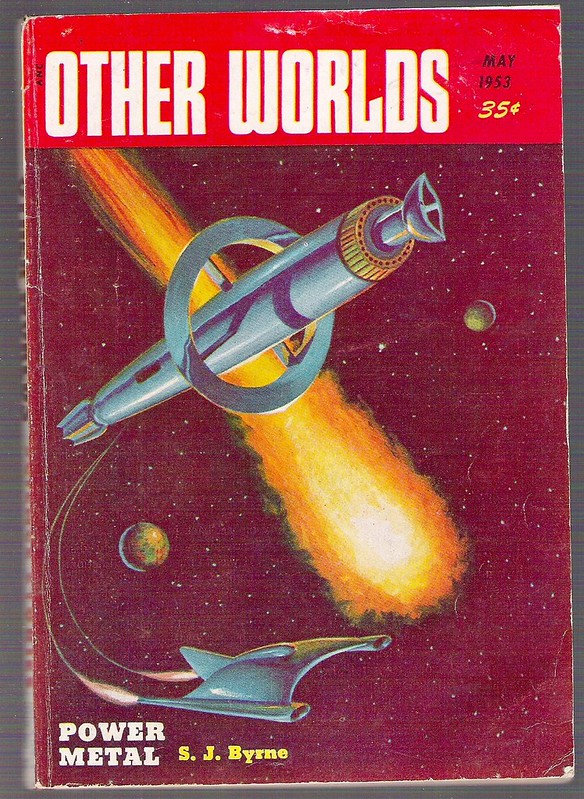 I like the smaller space vehicle on the cover of Other Worlds May 1953. 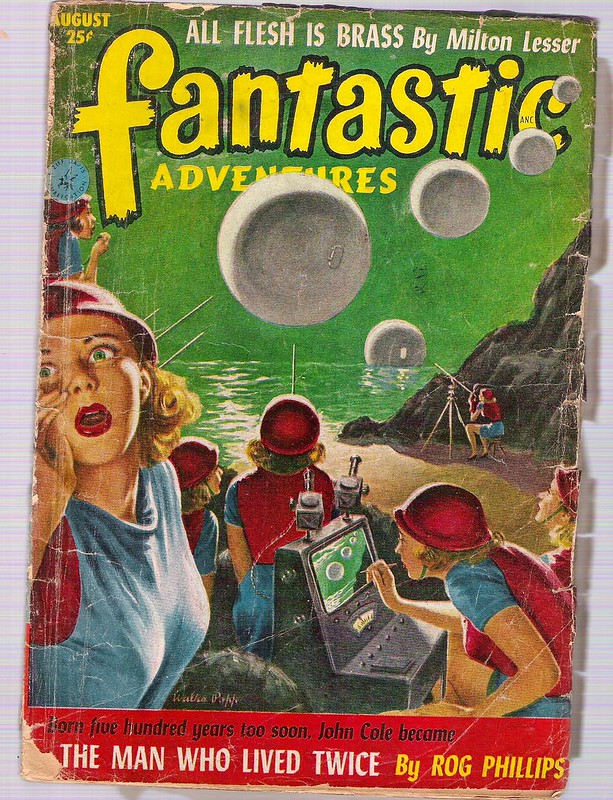 It's neat that the cover of Fantastic Adventures August 1952 allowed the moons or whatever they are to float over the logo! 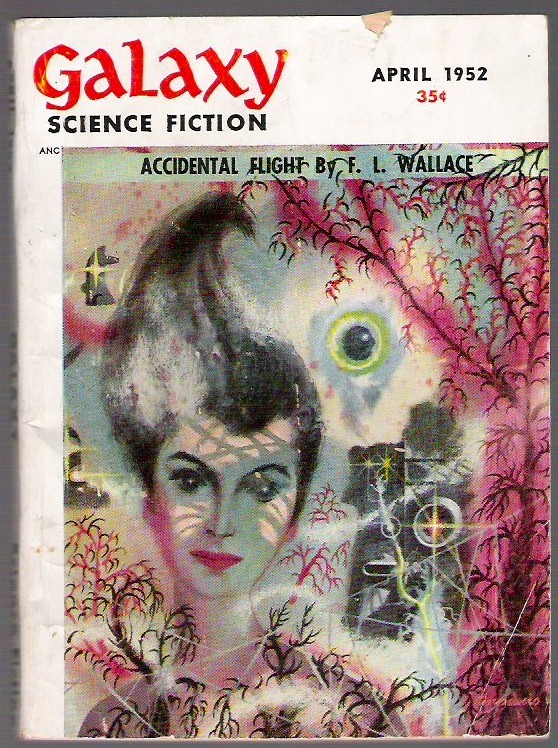 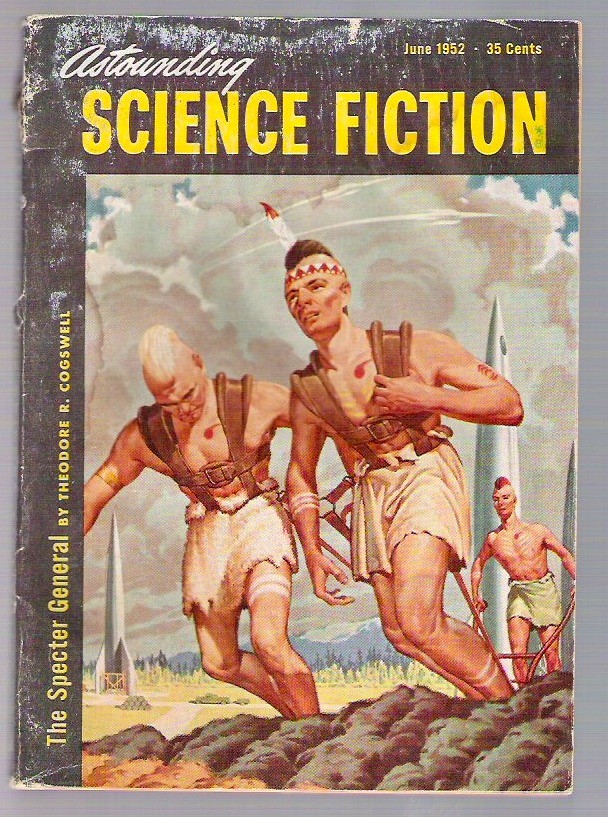 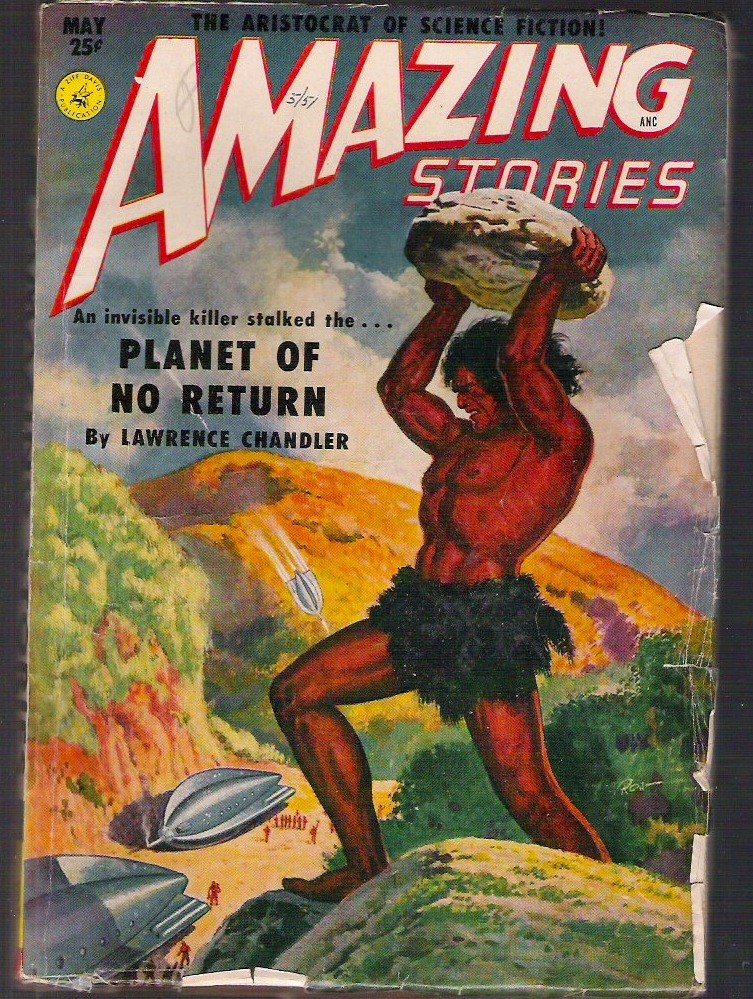 The cover of Amazing Stories May 1951 seems to have inspired several things... the Lost in Space model kit with the cyclops menacing the Robinsons, the neanderthal man model from Aurora's Prehistoric Scenes, and perhaps even the menace in the classic Star Trek episode "Galileo 7"! 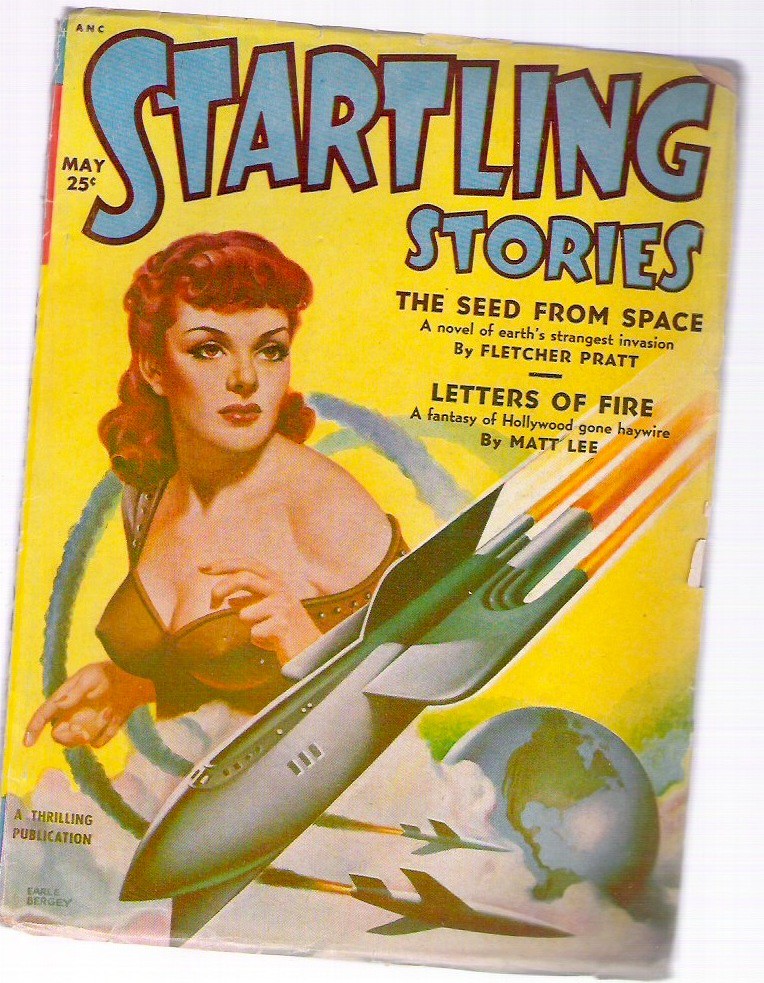 That's one form-fitting top on the babe featured on the cover of Startling Stories May 1951! 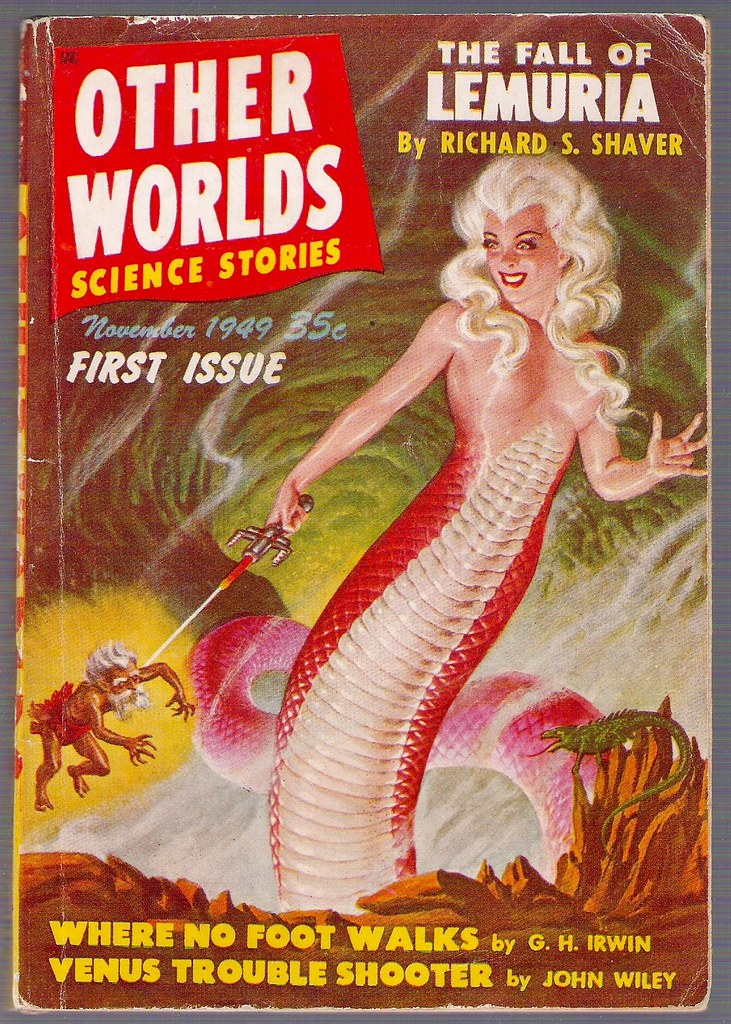 Other Worlds Science Stories November 1949 (the first issue) wasted no time getting a monster AND a fabulous space babe with no top on for its first cover... and had the audacity to combine them together! 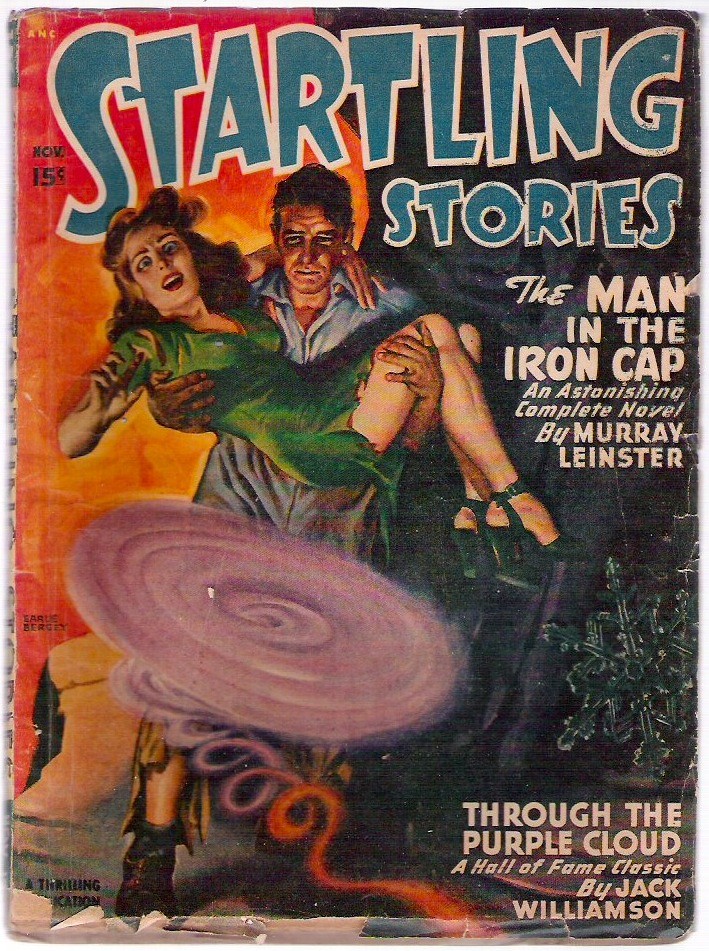 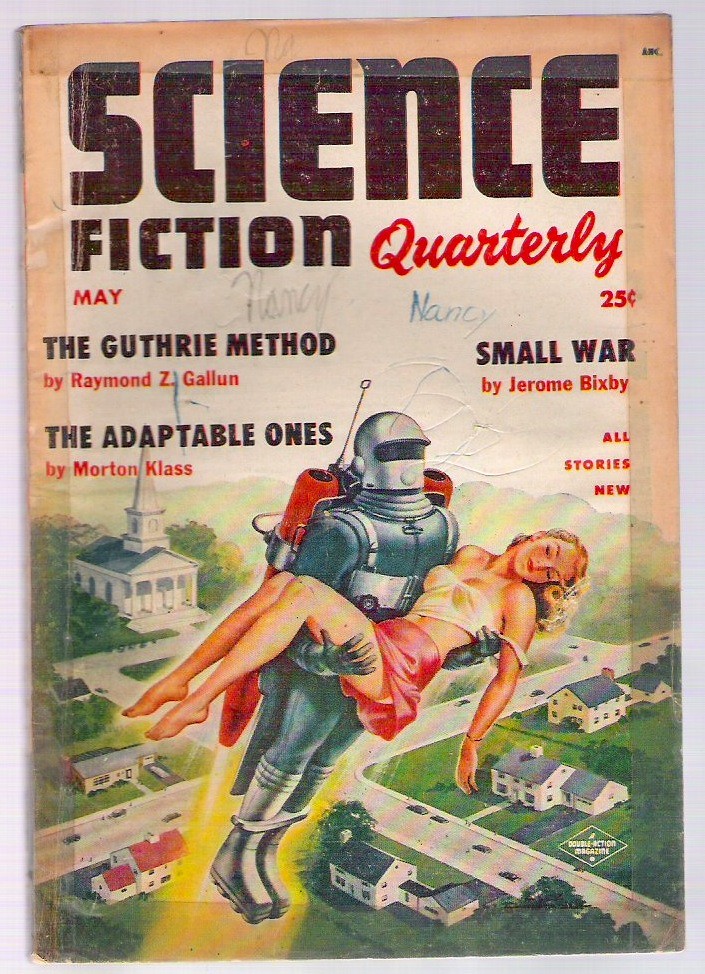 Science Fiction Quarterly May 1954... and I can't help but wonder why the rocket man has a full body suit and he's carrying a babe who's barely keeping her halter top and miniskirt on! 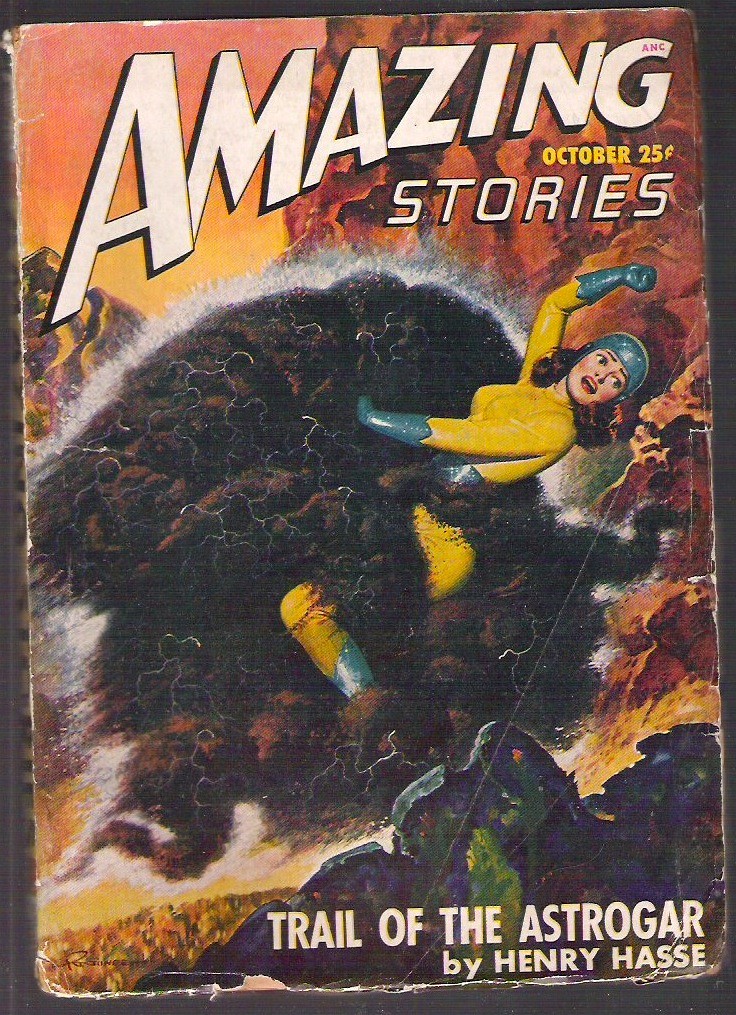 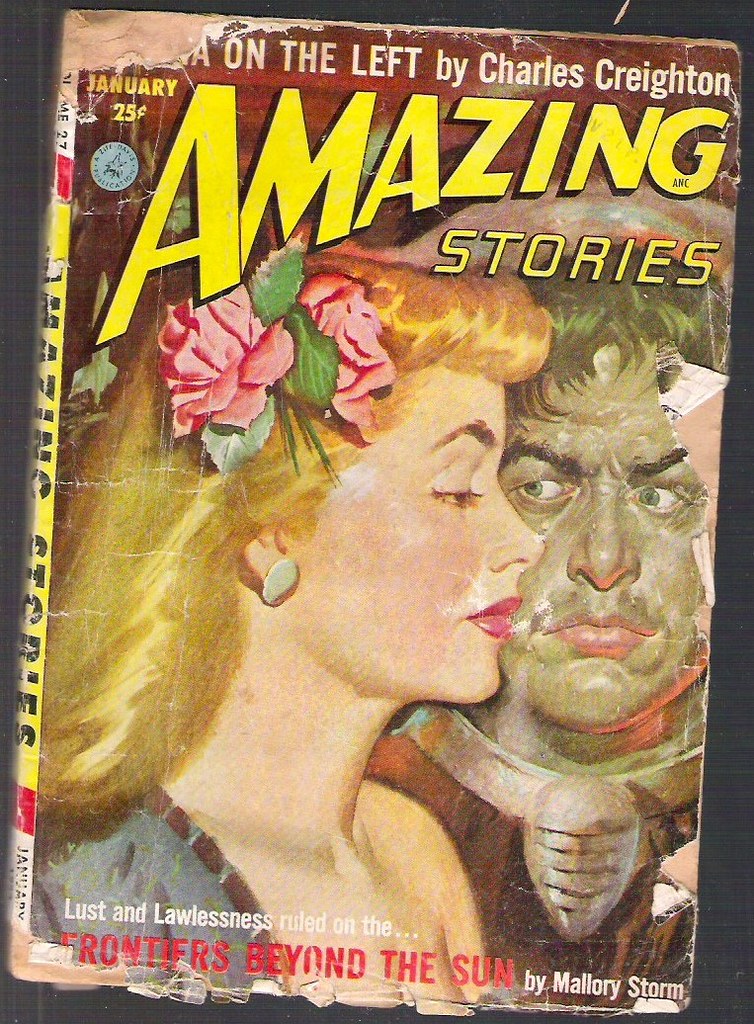 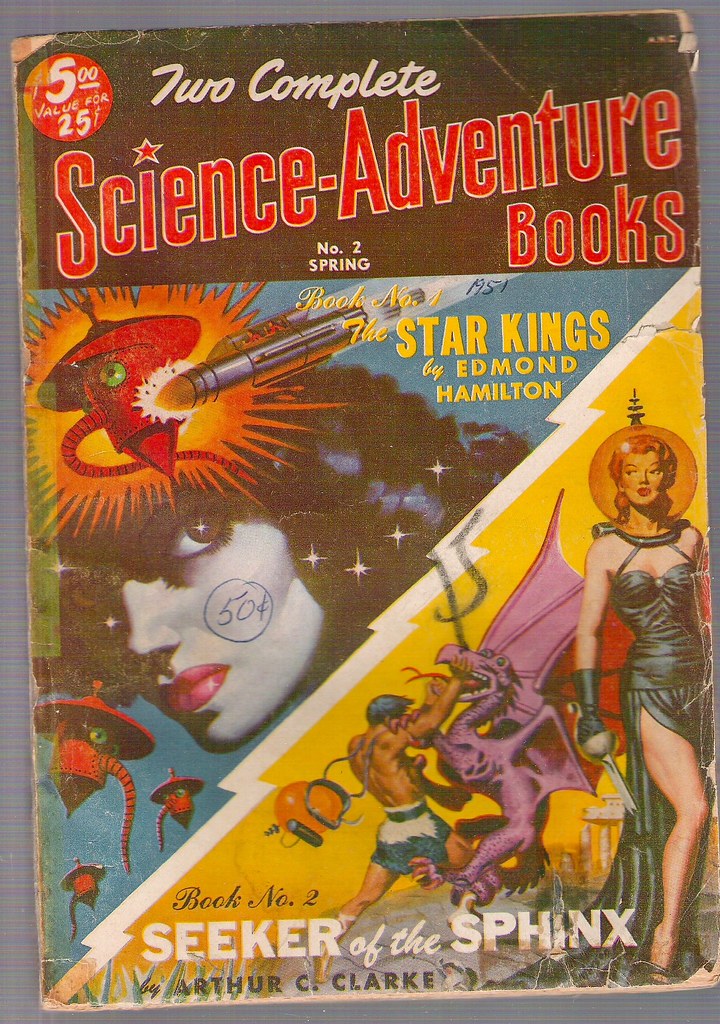 Two Complete Science-Adventure Books #2... and it's another appearance of Edmond Hamilton's The Star Kings!
Posted by Jon K at 12:01 AM