It's the penultimate day of Kirby Kovers week here, and let's see what I've got for you! 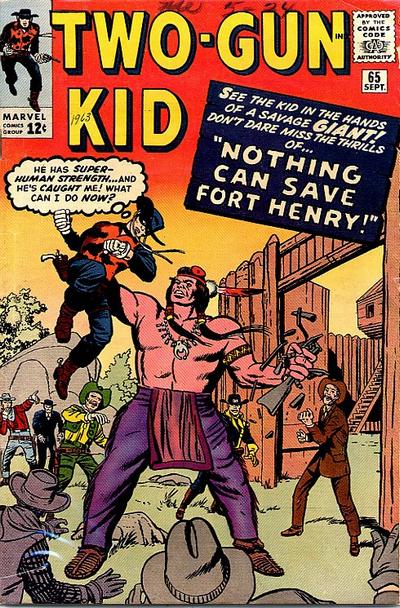 Here's the cover to Two-Gun Kid #65... and say, just how many giant guys did Two-Gun have to fight, anyway? This is at least the second one! I love the look of contempt the giant Native American has on his face! 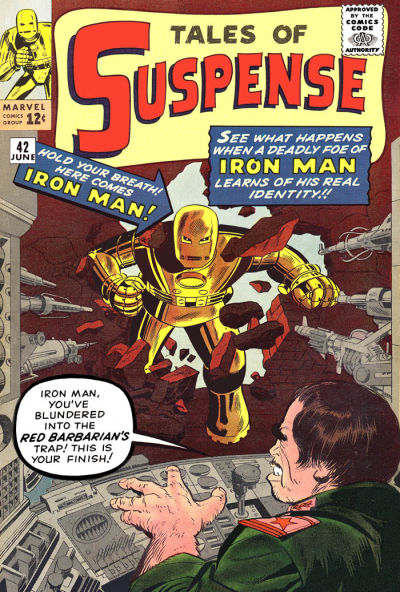 Tales of Suspense #42 shows that Kirby really was one of the few artists who could draw the earlier Iron Man armor and make it look dynamic instead of clunky! 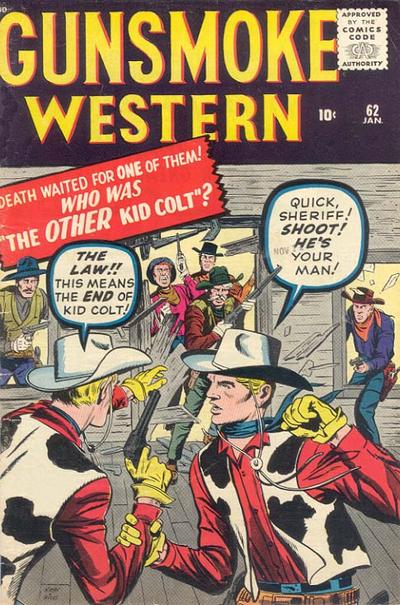 Next we've got Gunsmoke Western #62, with two Kid Colts on it! Not one of Kirby's best covers, although I suspect the inking is what makes it less of a great cover for me. Speaking of Kid Colt, I presume you all caught the appearance of a cinematic Kid Colt in Marvel's Agent Carter this season? I'll be damned if they didn't nail his costume perfectly! I kind of wish we got a Kid Colt movie out of this! 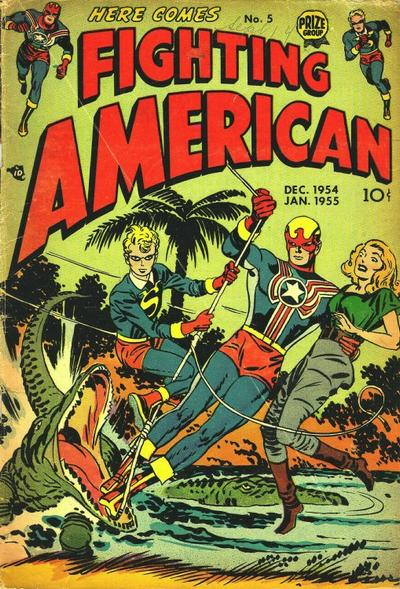 Here's Fighting American #5's cover, and I've got to say, I love the Simon & Kirby covers on this series! 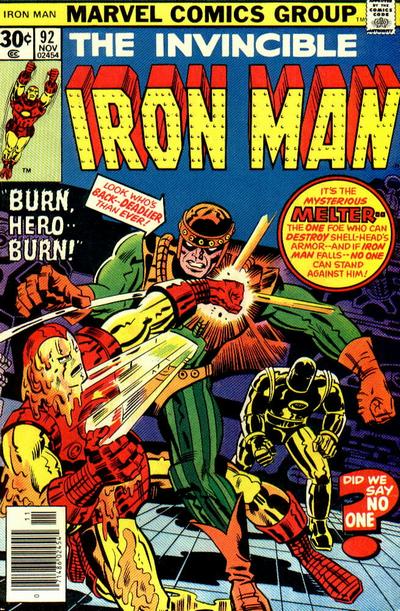 About 15 or so years after that second cover in this installment, Kirby returned to drawing the older golden Iron Man armor on the cover of Iron Man #92, and he still makes it look great! 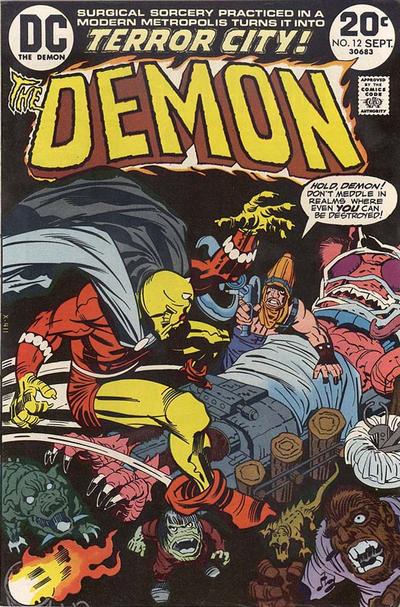 Next, it's The Demon #12, and it's a great one with a whole batch of cool monsters! Given the advances in makeup and CGI, I think the Demon would make for a great movie, assuming that it was played closer to the comics than some of the other movies based on DC properties have been! 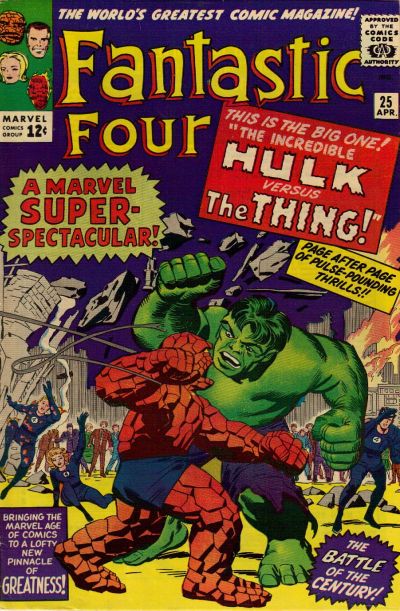 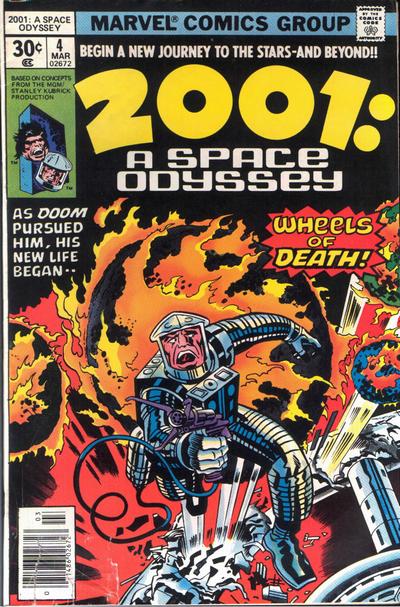 Next, here's 2001: A Space Odyssey #4, with Kirby continuing from the MGM/Kubrick movie. The first few issues hewed a bit too close to the movie in concepts, but I think this was the point where Kirby really started to let loose a bit more! 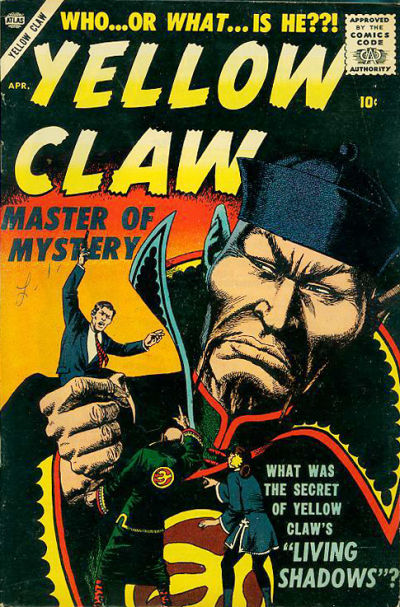 The inks on this issue of Yellow Claw really obscured the Kirby pencils, didn't they? 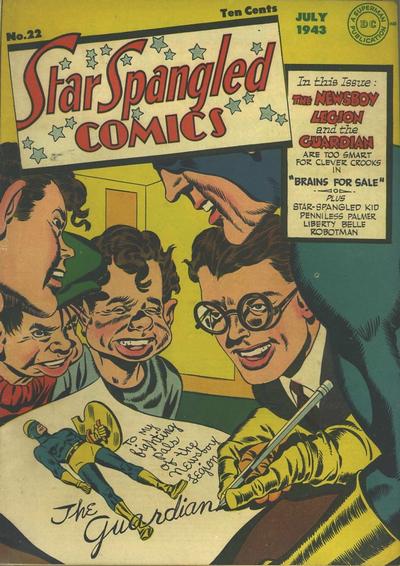 I think that Simon and Kirby must've enjoyed their work on the kid gang books at DC more than any of their other Golden Age work there, given how much fun some of their covers were! Star Spangled Comics #22 is a great example of this. 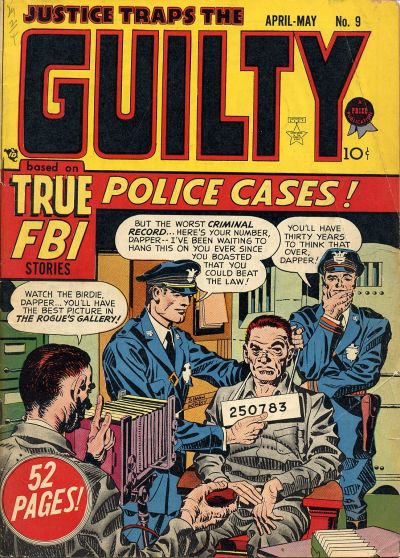 I don't really have much to say about Justice Traps the Guilty #9, other than to wonder if Simon and Kirby used one of their acquaintances as a model for the prisoner!