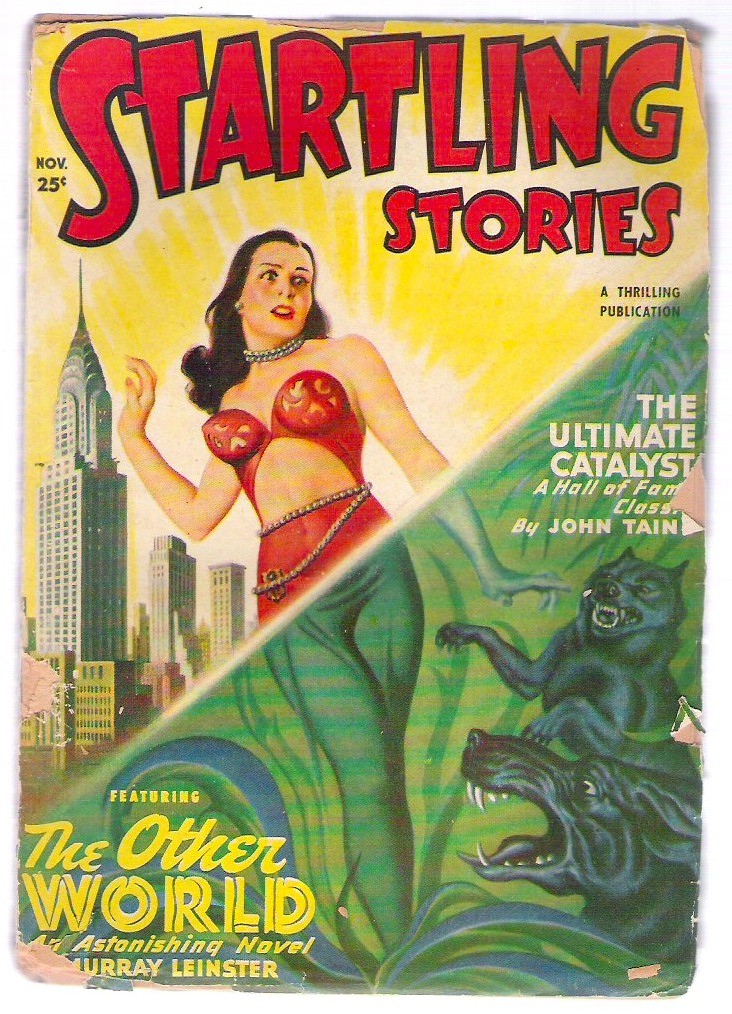 Time for another gallery of old sci-fi pulp magazine covers! These are all issues that I had at one time, although most have been sold on eBay in the past few  years. First up, we have Startling Stories from November of 1949. As is expected, there's an attractive woman wearing a fairly skimpy outfit (always a crowd-pleaser on these covers). I have to say, the wolf-like creatures are kind of a letdown from the usual monsters featured on these covers. 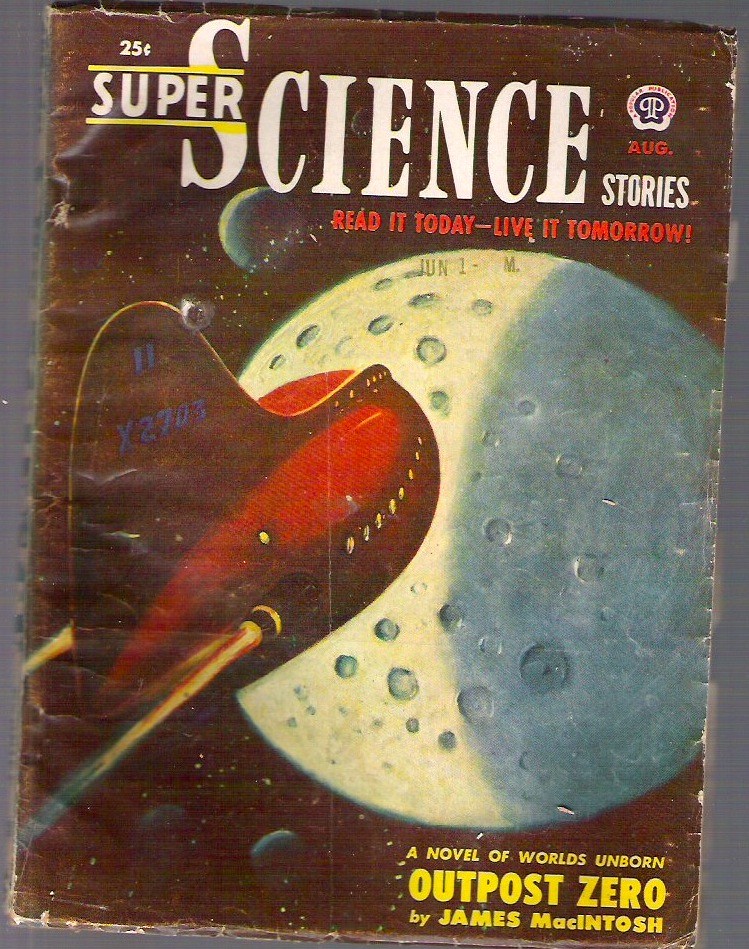 No girl or monsters/aliens on the cover? Then it's time for a spaceship approaching another world, as seen on the cover of Super Science Stories from August 1951! 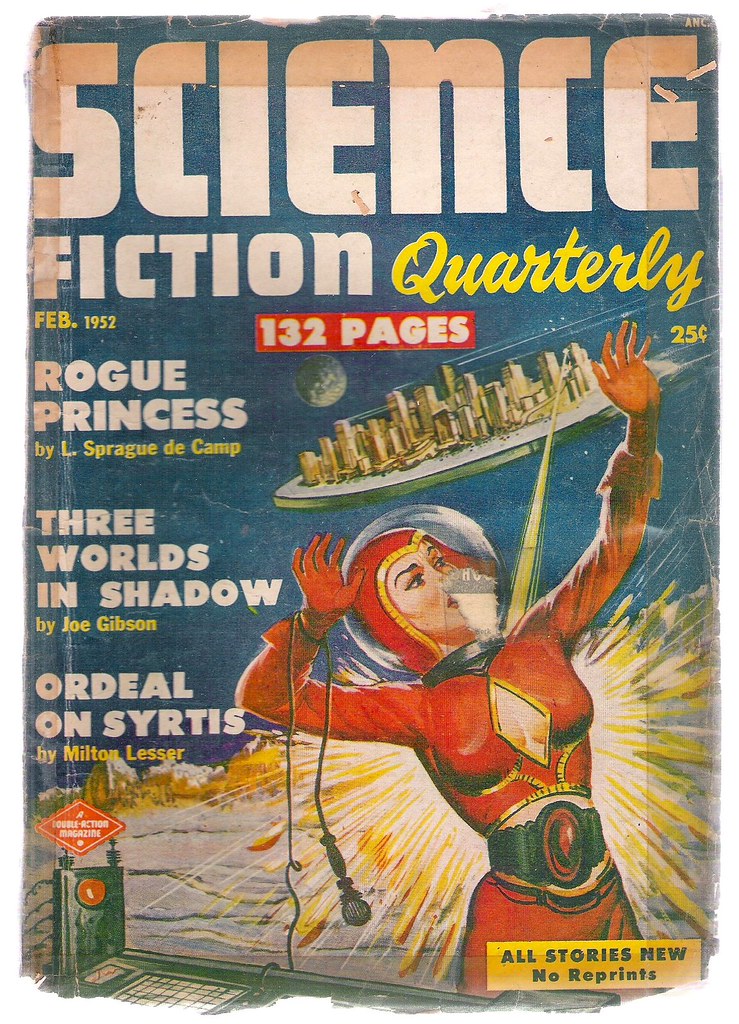 I find it interesting on the cover of Science Fiction Quarterly from February 1952 that the woman is in a space suit, and yet her shirt doesn't quite cover her midriff, plus it has a diamond cutout for displaying cleavage! That flying city on a disc reminds me of a few things, and not just the Hawkmen's city from Flash Gordon, either. 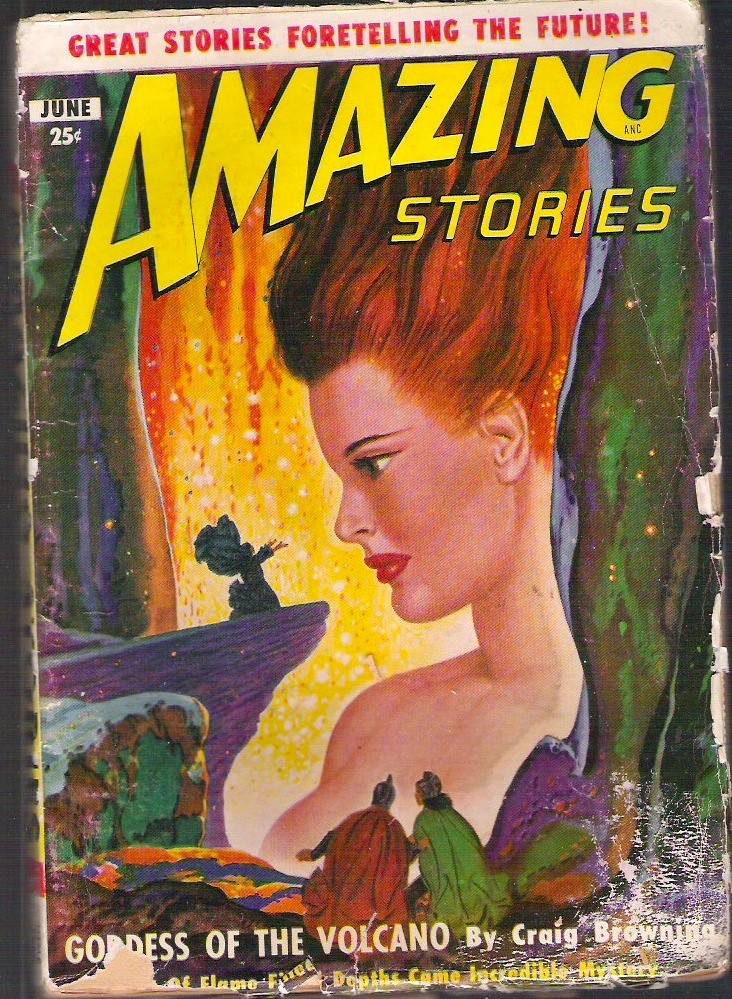 That's a big redhead on the cover of Amazing Stories from June 1950! I can't imagine this "Goddess of the Volcano" story is really foretelling the future, though. 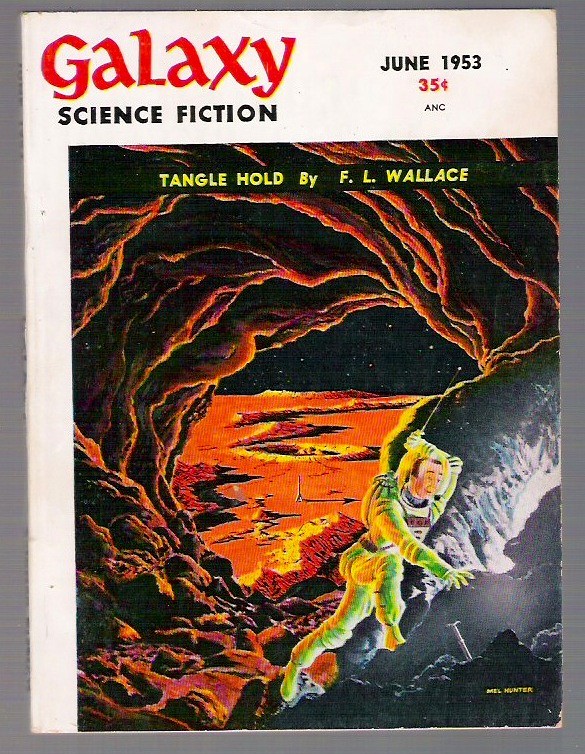 The cover of Galaxy from June 1953 has the most awkwardly-posed astronaut I've ever seen! 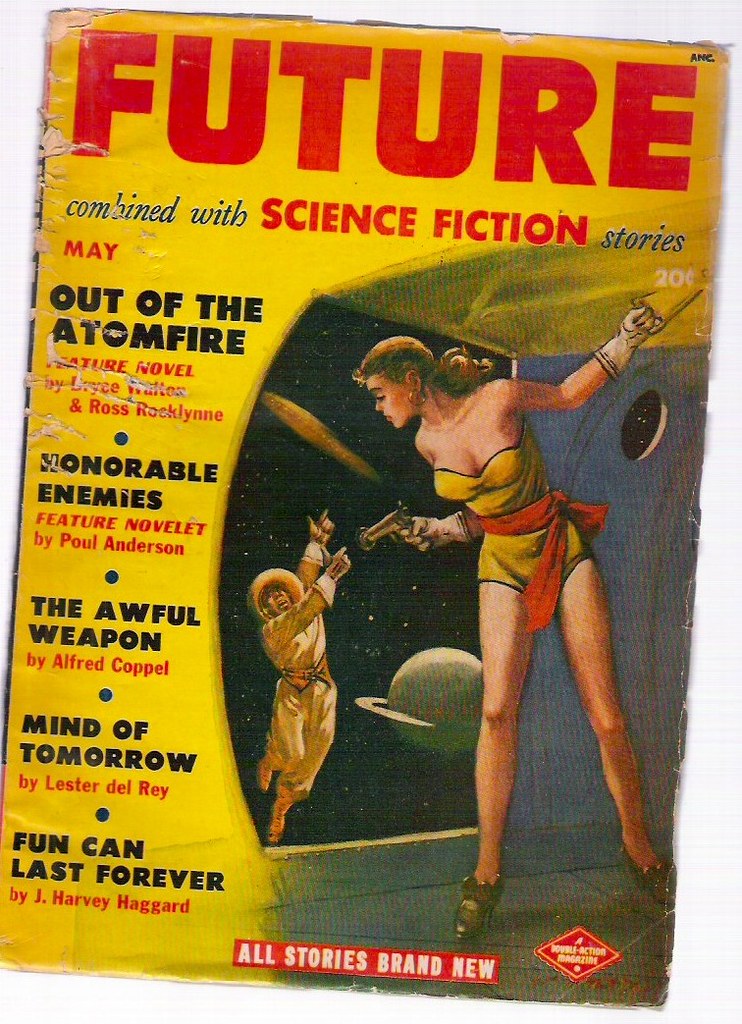 Future's May, 1951 cover looks like they used Julie Newmar as the artist's model, doesn't it? Interesting that she doesn't need a spacesuit (or anything else to protect her) while the guy just outside the hatch does! 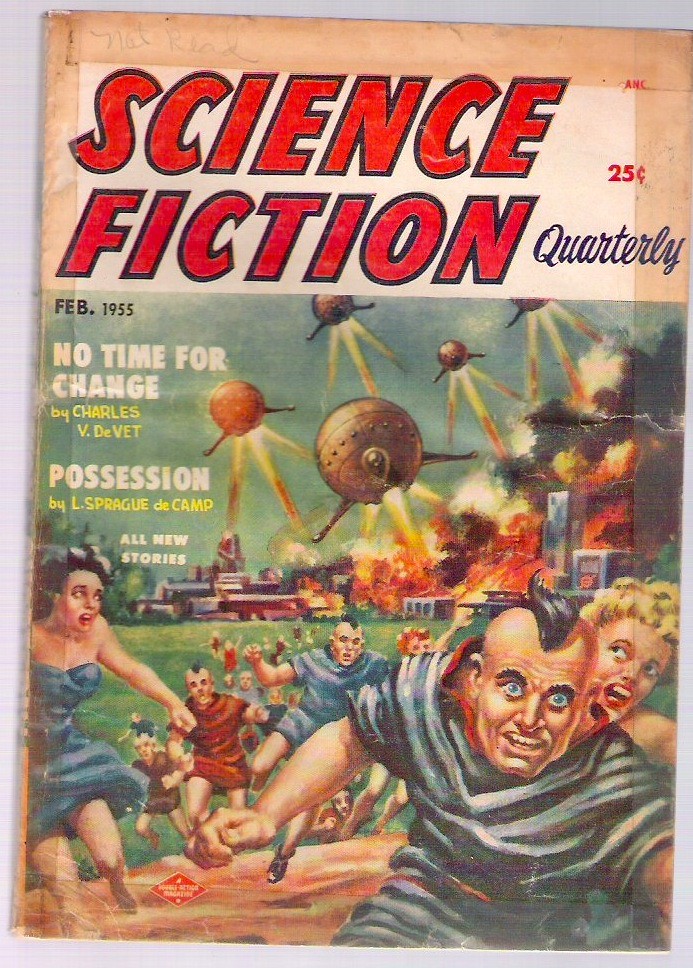 In the future depicted on the February, 1955 cover of Science Fiction Quarterly, apparently all men wear mohawks and wear skirts! Glad that's not our present, especially with the invading aliens! 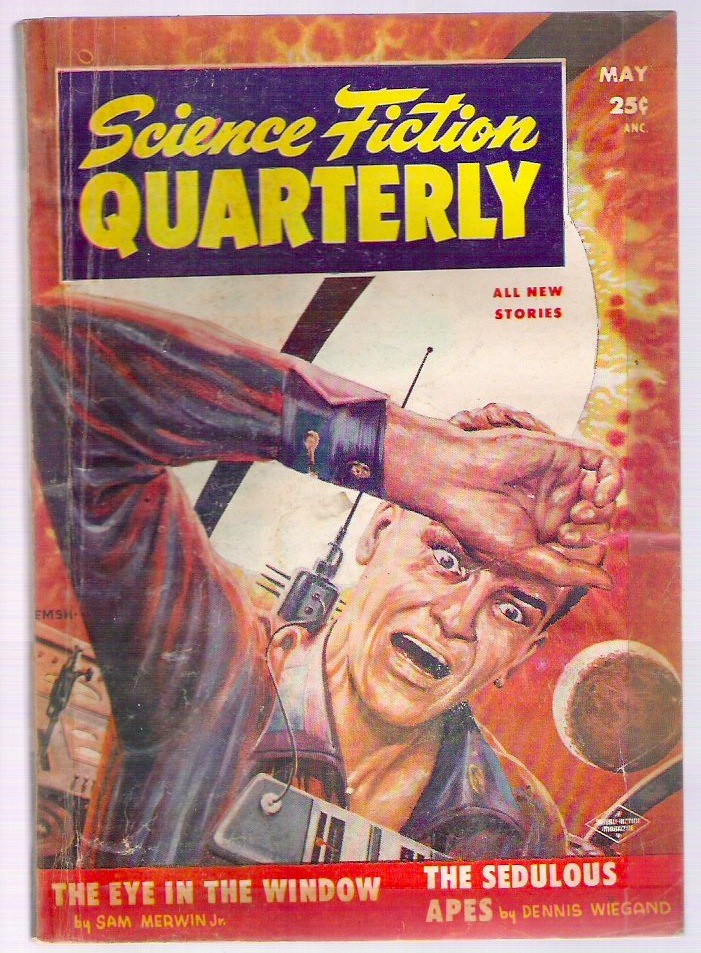 I don't know what the guy on the cover of the May, 1955 issue of Science Fiction Quarterly is so scared of... nor what he's wearing (well, the antenna would indicate some sort of communications device, but that could be anything). 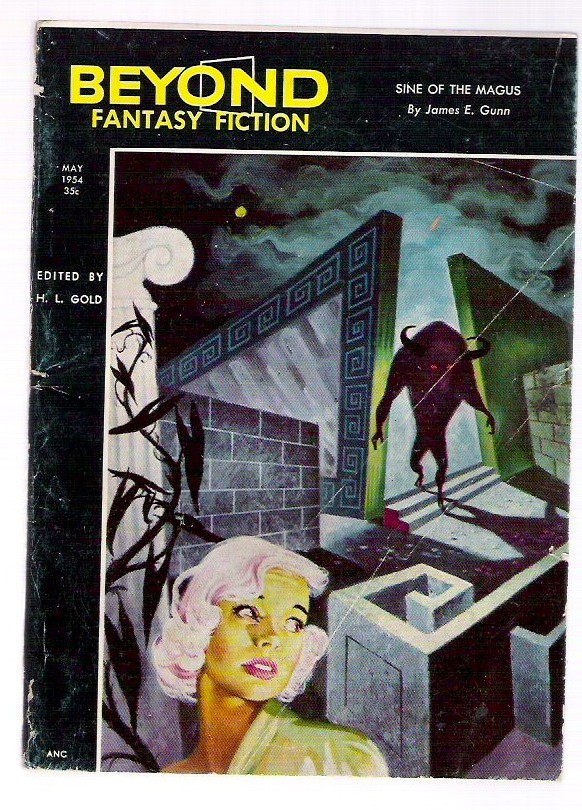 This is a nice moody cover on the May 1954 issue of Beyond Fantasy Fiction, isn't it? I don't know if the platinum blonde is supposed to have gold skin or of that's some kind of lighting effect.
Posted by Jon K at 12:01 AM