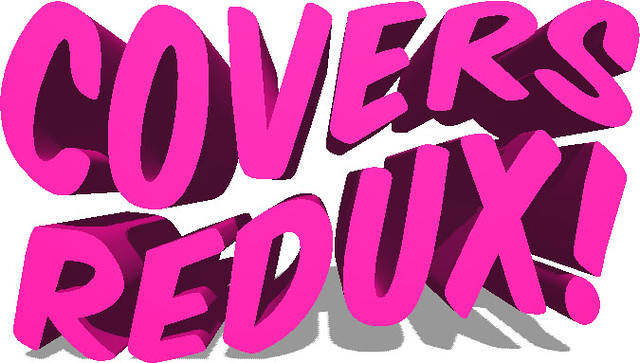 Time for another installment of "Covers Redux!" Here's how the game is played: I present two Marvel Comics covers side-by-side, one of which was the original comic, and the second of which was for a comic that same book was reprinted in. I compare and contrast the two covers, looking for changes. If you see changes I missed, please post them in the comments! As per usual, coloring isn't a consideration here, although I may note which I preferred. Let's begin! 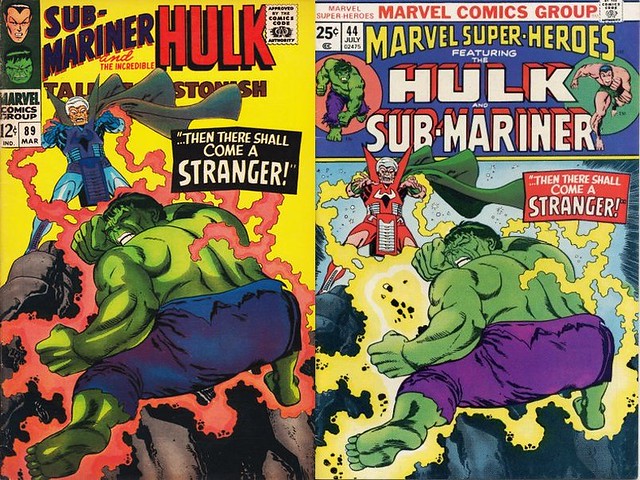 First up, here's Tales to Astonish #89 and Marvel Super-Heroes #44. As you can see, the image had to fit in a smaller space. It looks like the entire image was shrunk some, and then the Stranger and the background got altered, with the Stranger being moved and rotated slightly. The Hulk appears to have been rotated a little bit, too. Of course, the blurb had to be reduced as well! 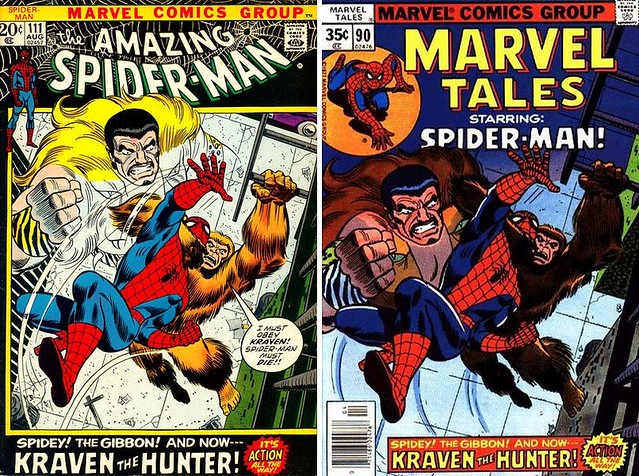 Up next, here's Amazing Spider-Man #111 and Marvel Tales #90. This time, the image has been enlarged a bit to fit the new full-sized cover format. The figure of Kraven seems to have been enlarged slightly more before it was cut and pasted to a different position. Oddly enough, the original word balloon has been eliminated from the reprint! 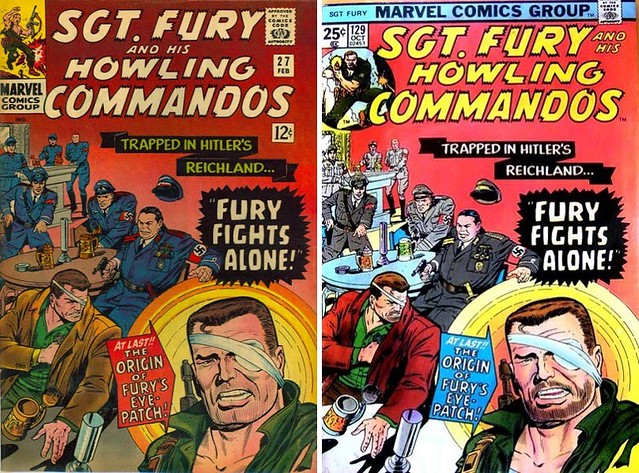 Sgt. Fury covers don't tend to get changed much, and when Sgt. Fury #27 was reprinted in issue #129, it's no exception. The only real change I can see is that the arrow-shaped blurb has moved for some reason. 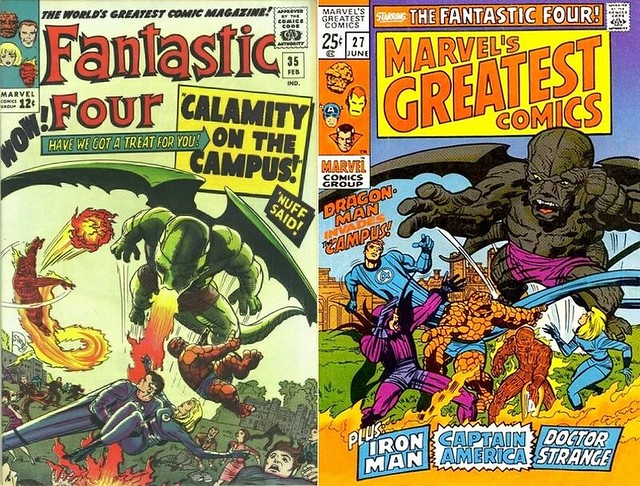 Next, here's Fantastic Four #35 and the reprint from Marvel's Greatest Comics #27. As you an see, Kirby drew an all-new cover for this reprint, probably to make room for blurbs for the Iron Man, Captain America, and Doctor Strange reprints. 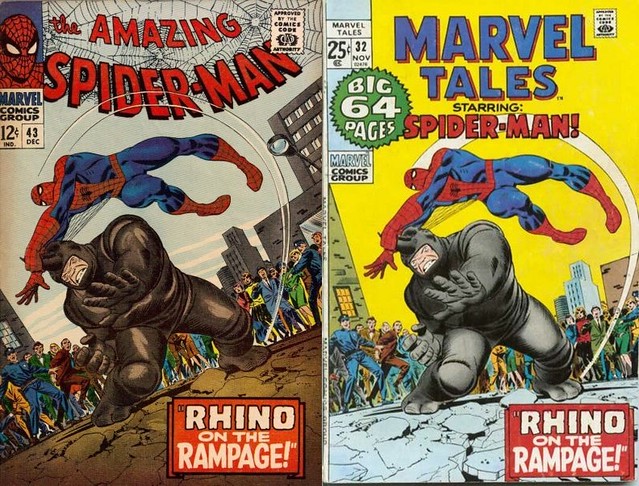 I'm not sure why it was done, but when Amazing Spider-Man #43 was reprinted in Marvel Tales #32, the image was rotated to be at less of an angle. Of course, the blurb had to be repositioned afterwards! 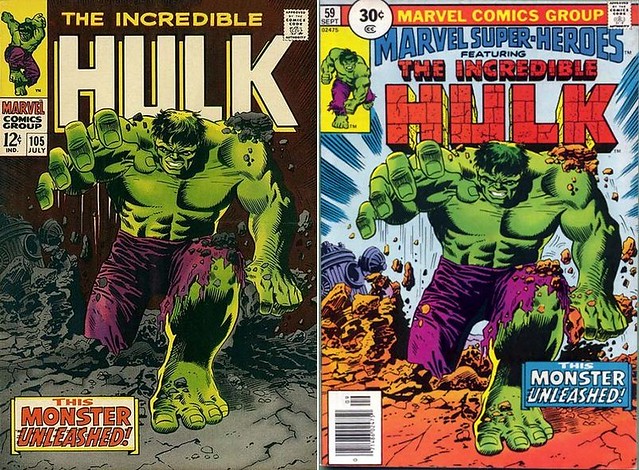 When Incredible  Hulk #105 was reprinted in Marvel Super-Heroes #59, the image was reduced slightly, and the blurb moved. Also, the original all-black background has been replaced with burst lines, and I suspect some of the rubble was redrawn as well. 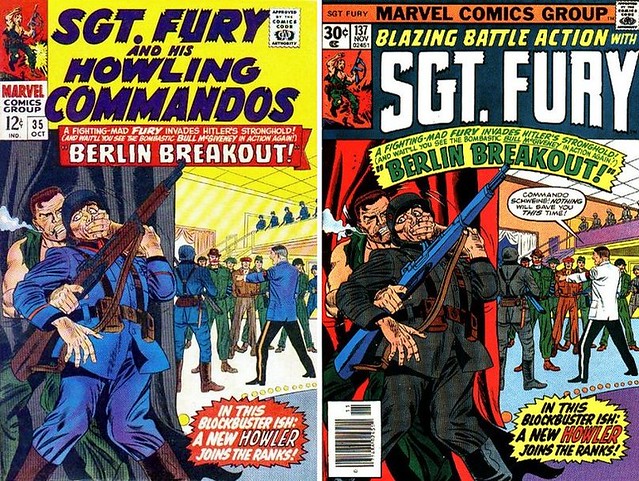 Our last selection this time around is Sgt. Fury #35 and the reprint in #137. I'm not entirely sure why the blurb got reworked into an arch, nor why a word balloon was added!
Posted by Jon K at 12:01 AM