Time for another gallery of vintage sci-fi pulp covers! 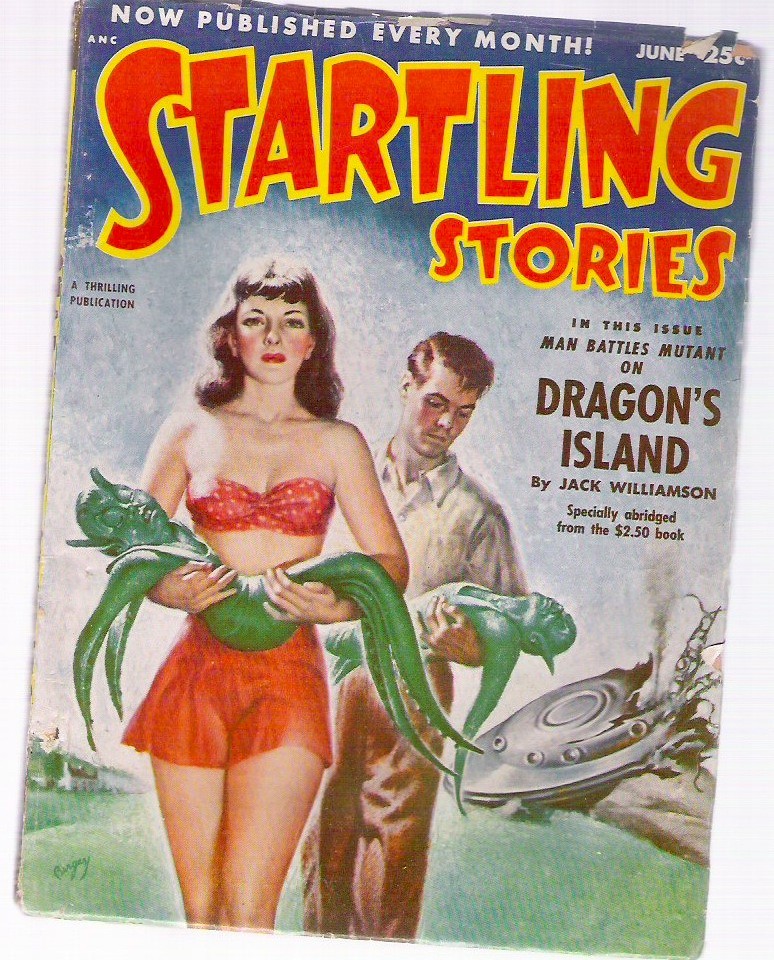 First up is the cover of Startling Stories June 1952. As you can see, this one tags most of the bases for these things... There's the gorgeous woman wearing very little clothing, a spaceship, and aliens! If the aliens were more menacing, they'd have hit the jackpot, but it appears they're in need of help! 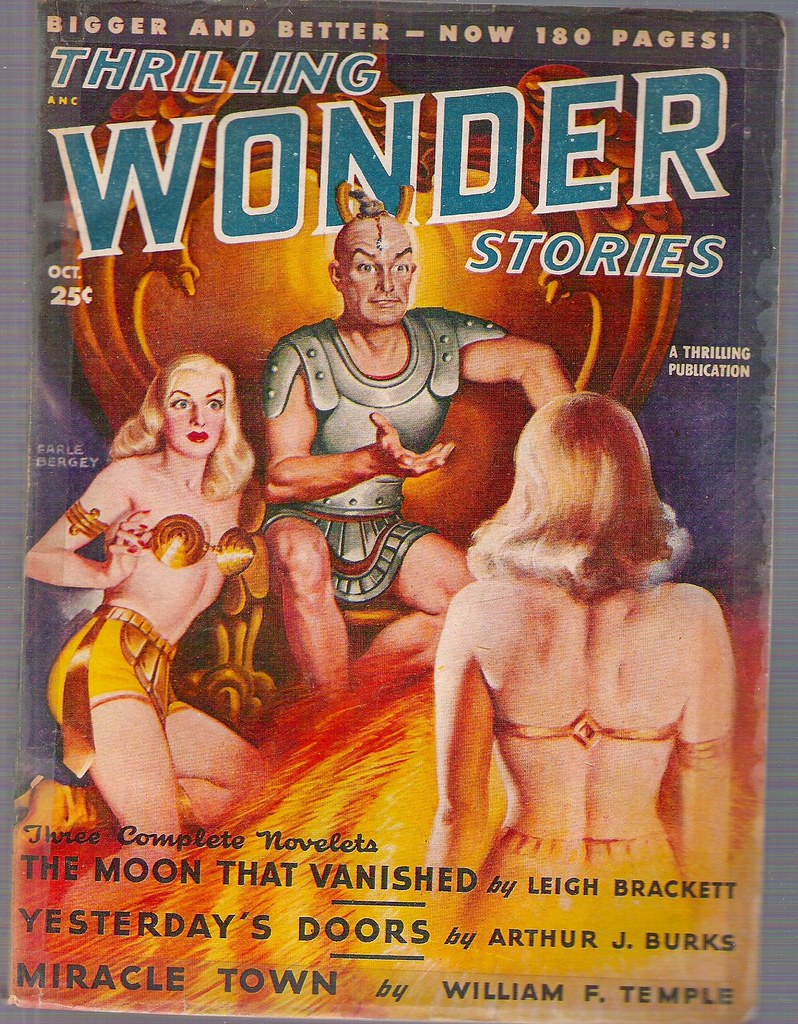 The cover of Thrilling Wonder Stories from October, 1948, looks like it could've easily been a cover for Planet Comics, given the attire of the blondes on the cover, eh? And is it just me, or does the bald-headed guy look like he's got something inappropriate on his head? 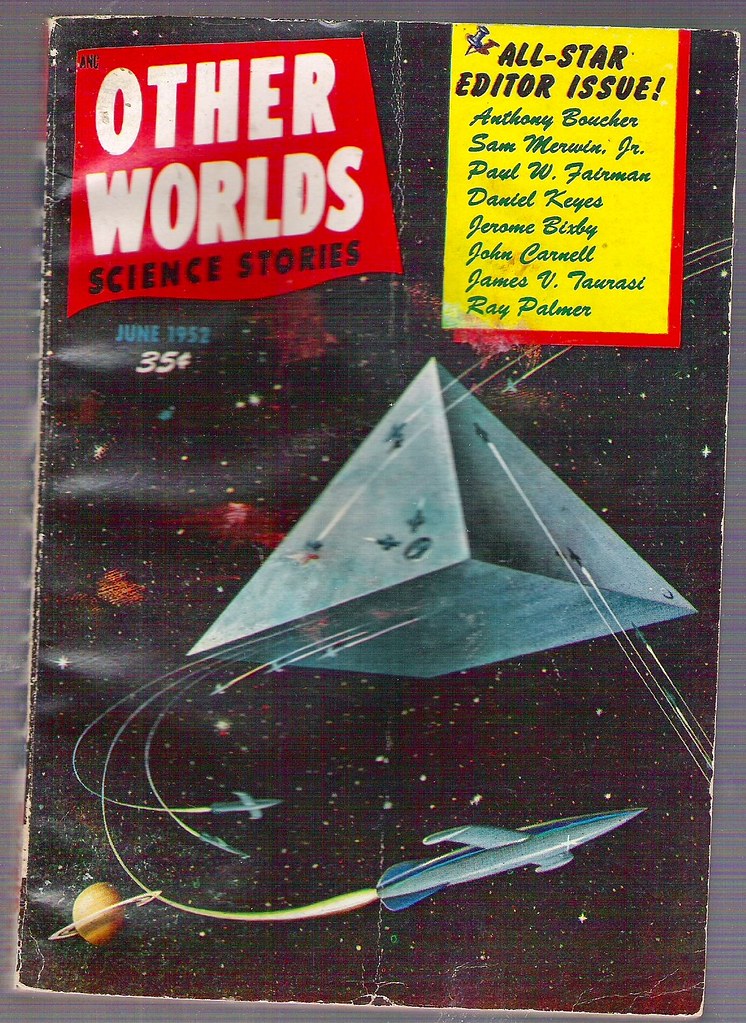 Here's Other Worlds Science Stories June, 1952's cover... I wonder if this cover had any influence on the development of the Borg? A pyramid in space isn't that far removed from a cube in space, after all... 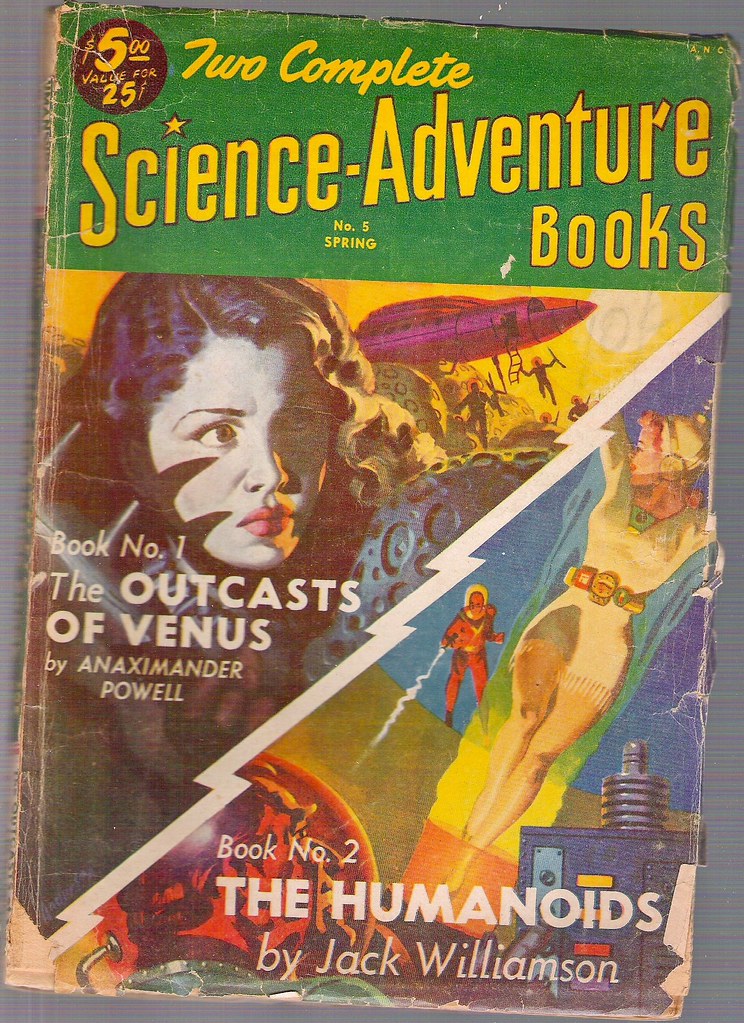 Two Complete Science-Adventure Books #5 has two different babes, both of them more dressed than the usual! It almost looks like two different artists did each piece, too, as the styles aren't quite the same to my eye. Anyone have a clue how "Anaximander" is supposed to be pronounced? My guess is "an-ax-i-man-der," but it could just as easily be "an-a-xi-man-der". 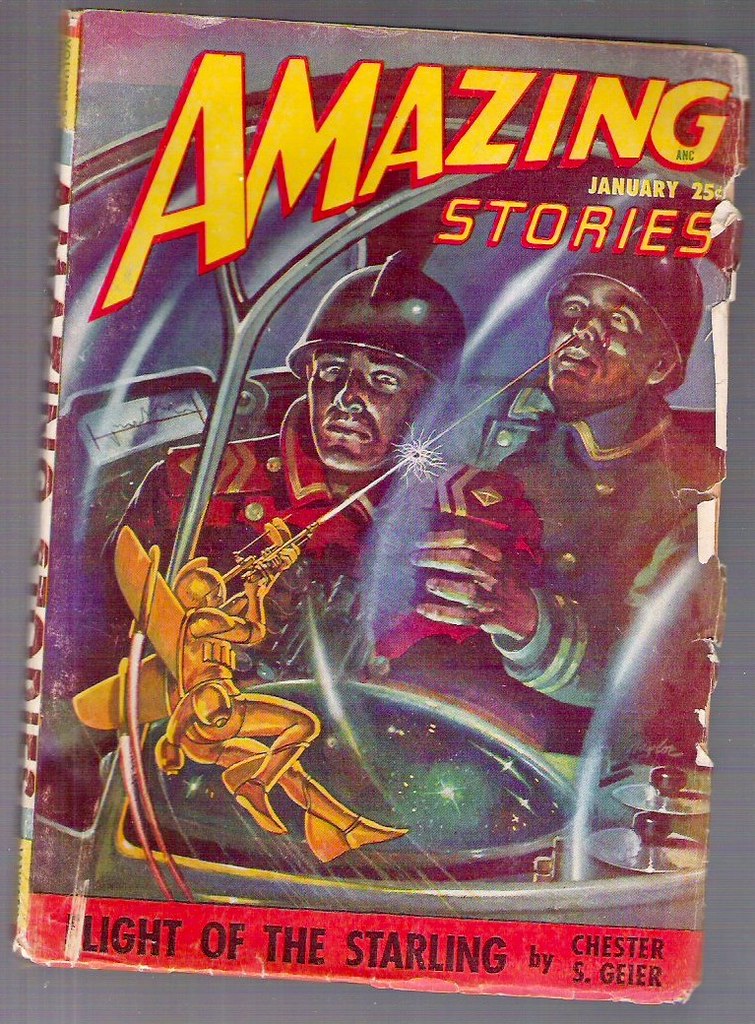 No babes on the cover of Amazing Stories January, 1948... just a possible influence on later shrinking characters the Wasp and Yellowjackets! 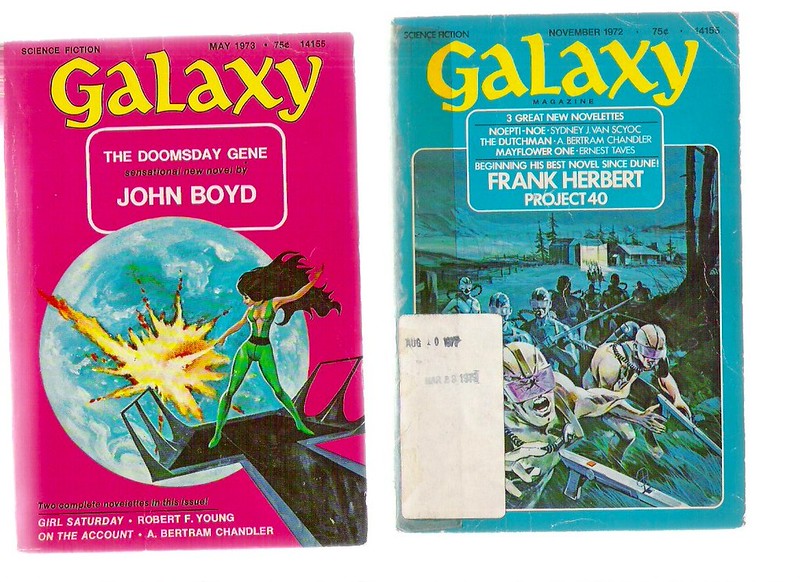 Here's a twofer of Galaxy covers from much later than I've been posting here. First there's the Many, 1973 issue, with November, 1972 next to it. Notice that the first one still has a babe on the cover showing lots of cleavage, demonstrating that it was still a selling point even that late! The cover of the second issue looks like a familiar art style... Not quite Neal Adams, but similar in style. It was done by Brian Boyle, who I've never heard of. 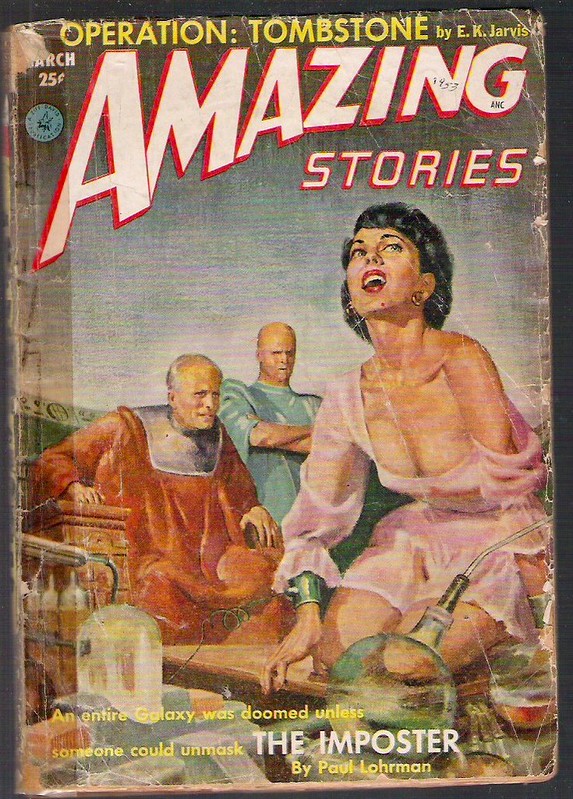 Back to the older stuff now, here's Amazing Stories March 1953! Notice that the woman is dressed in a pretty revealing manner, lots of cleavage and a mini-skirt, while the two men are completely covered in robes. 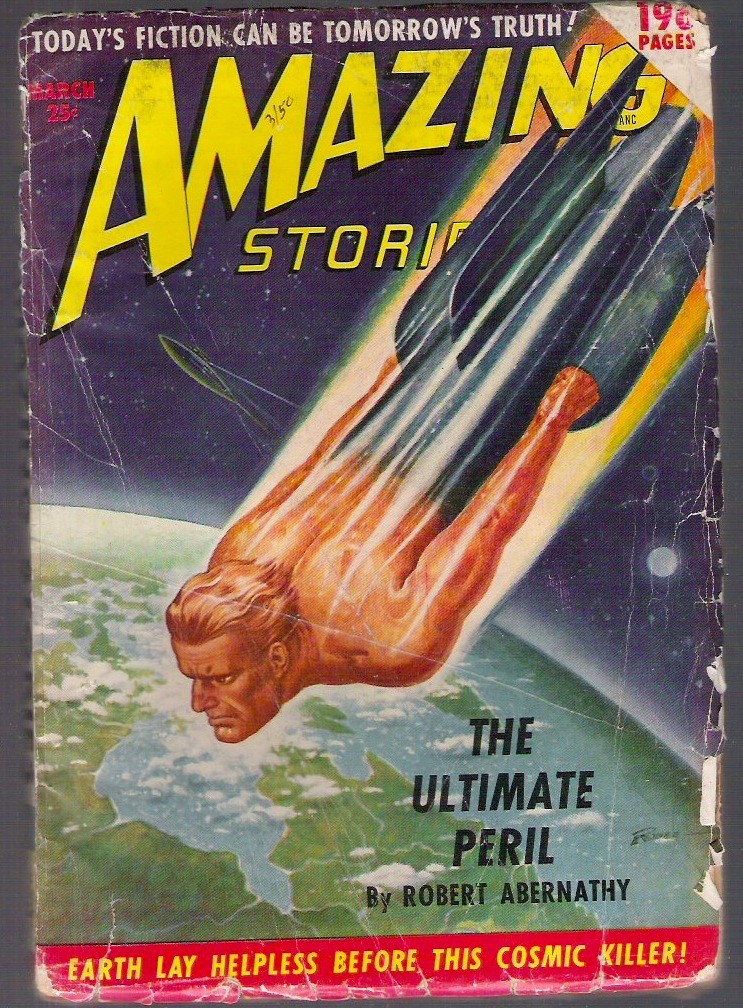 I'm not even sure what to say about the cover of Amazing Stories from March 1950... it's a spaceship turning into a man? Half-man, half spaceship? I can't figure it out!
Posted by Jon K at 12:01 AM