Sorry for the late posting today... these things seem to happen a lot lately, don't they? 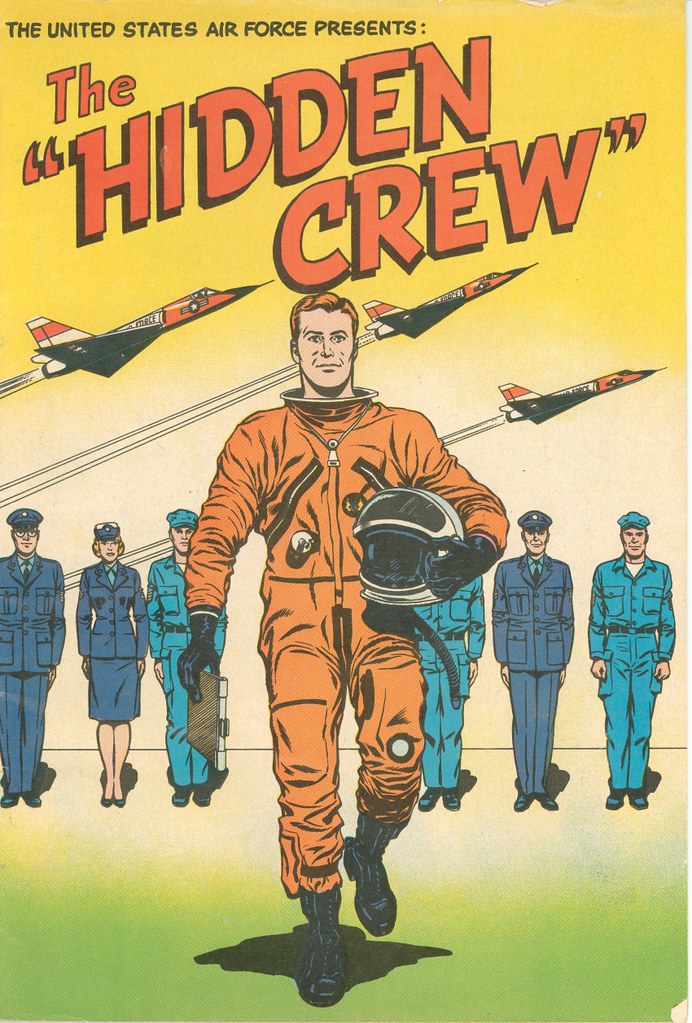 Nice Kurt Schaffenberger art in this one!

This time around, the Monster Scrapbook presents a comics adaptation of the Hammer movie, The Mummy's Shroud, as adapted in House of Hammer #15! 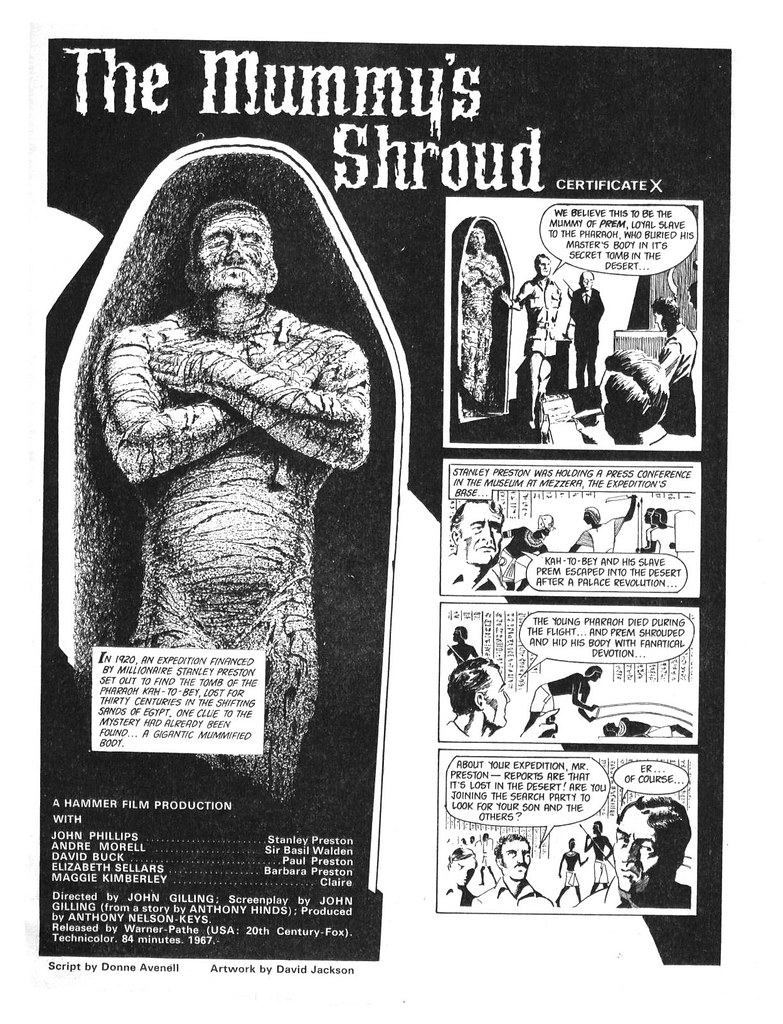 CBT: Hector Heathcote in "The Minute-And-A-Half-Man"! 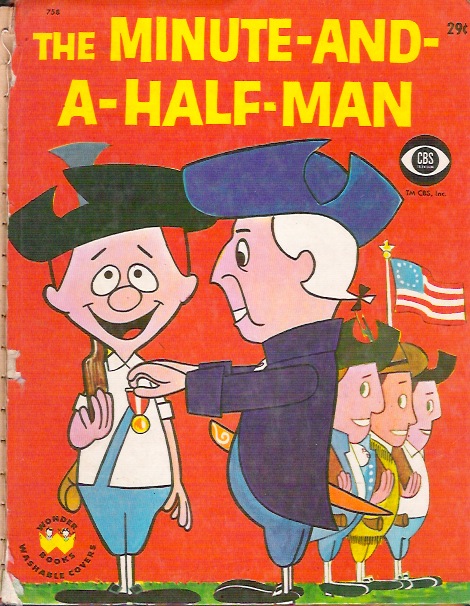 Time for another gallery of vintage sci-fi magazine covers! 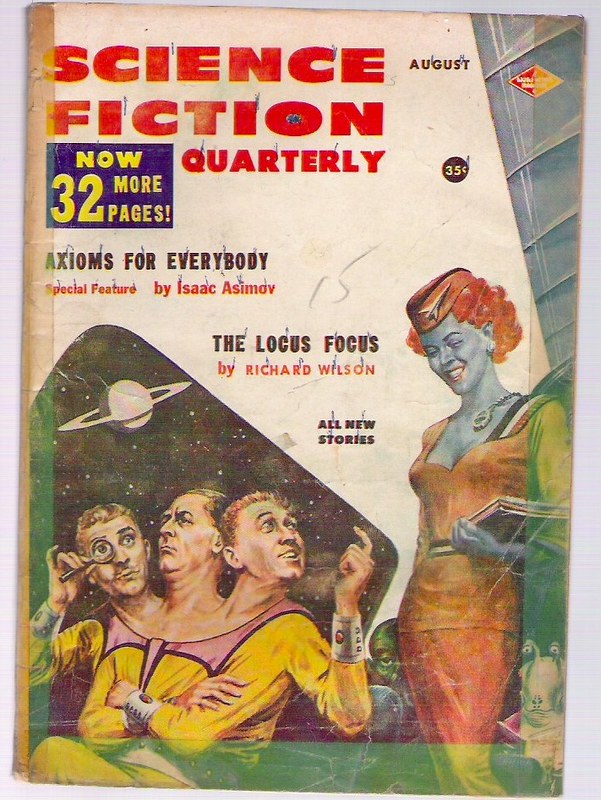 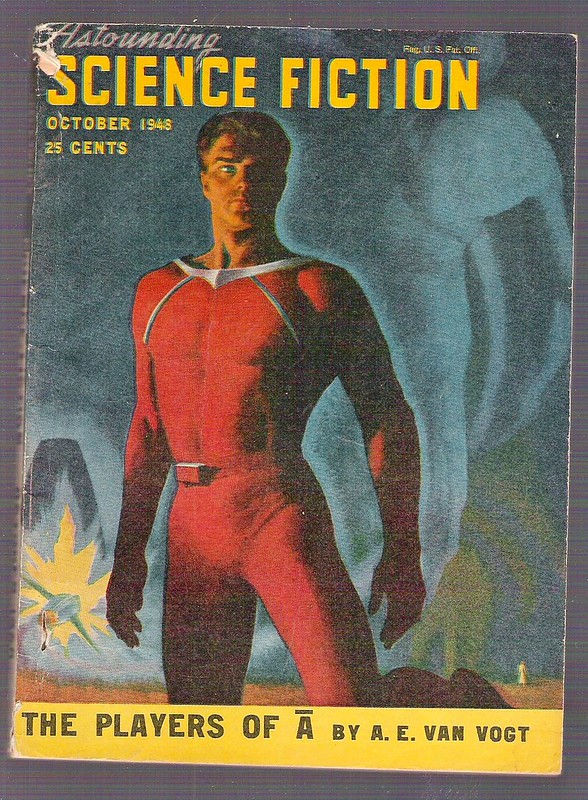 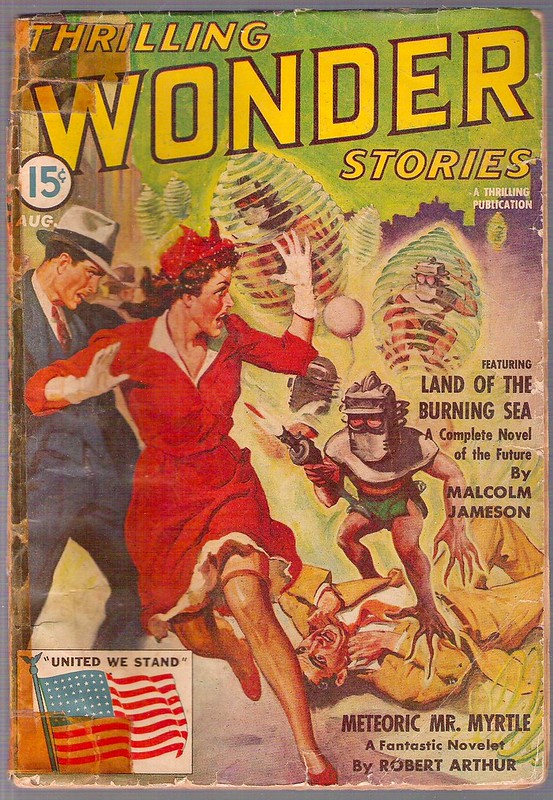 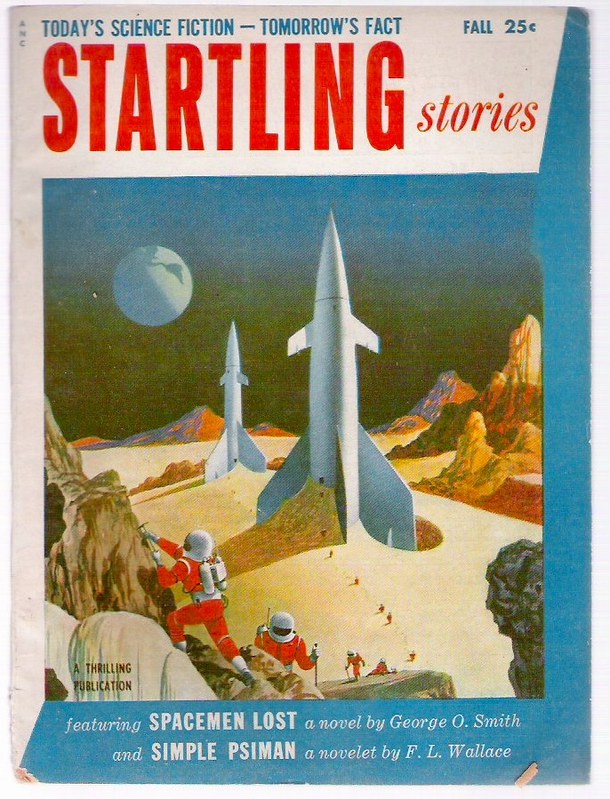 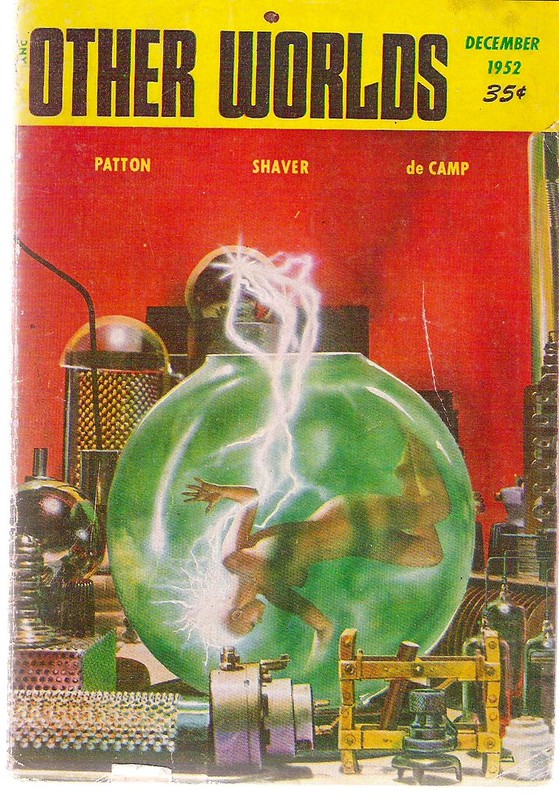 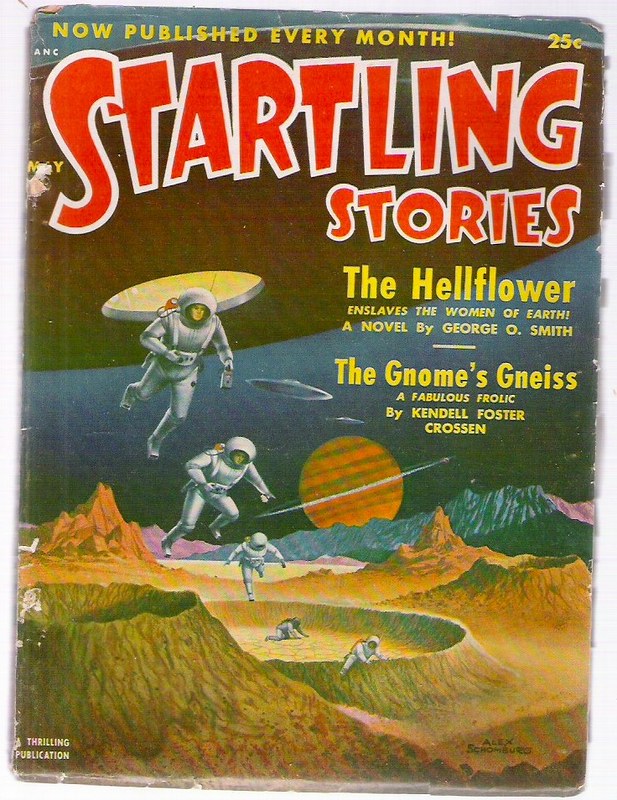 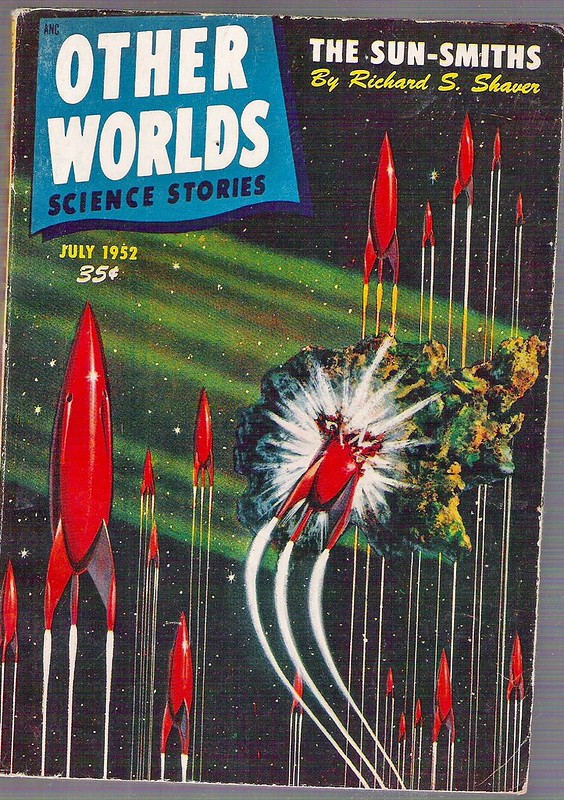 I Don't Usually Get Political Here, But...

This post is mainly going to be for my fellow US citizens, although what I'm going to write about should concern all of you readers, no matter what country you live in.

As I'm sure you all know, next month the United States will be voting for their next president. The main choices are Hilary Clinton and Donald Trump, with a small handful of independent candidates. Honestly, I think we can all agree that Clinton or Trump will be elected, as none of the independents are viable candidates at all (as in, there's no way they can get enough votes to be elected).

Please, for the love of everything that matters, do not cast your vote for Donald Trump. The man is slime, a cheat, a con man, a racist, and a number of other things that our country does not need in a president. I know, Hilary Clinton is not a perfect choice either, but when I weigh both candidates, Clinton is head and shoulders above Trump.

I was a supporter of Bernie Sanders from the beginning, and in a perfect world, he would've been the Democratic nominee; but he didn't win the nomination, and he himself has endorsed Clinton for the presidency. That alone is good enough reason for me.

The entire time Trump has been campaigning, first to be his party's nominee, and then since winning the nomination, I have found myself horrified by the man and his followers. My youngest brother, Karl, calls his followers "disciples," but I think of them as being more like cultists who believe everything the man says, regardless of whether there is any truth behind the words (for that matter, I can't even imagine how they're deciding what he's said, as his ability to communicate a message effectively has been breaking down the closer we get to election day, especially as seen at the first debate). I only watched the last ten minutes or so of the debate, and at least half of what he said indicated that he was desperately trying to make some kind of point, but was incapable of doing so.

Trump can't even decide what he has and hasn't said... time and time again, he's been asked about something he's said that was caught on video, and he's denied saying it. Hell, at the debate itself he said he hadn't paid any federal income taxes, and that made him smart... and then almost immediately after the debate, denied he said it. And yet his followers blindly follow him and want him in the White House. During the debate, he couldn't even follow the rules of the debate, constantly interrupting Clinton and using her time to speak -- is this the sort of person we want having important discussions with foreign leaders?

He's gone on record as wanting to deport families from the United States so long as even one of them is here illegally... but by that same standard, he himself should be deported, as there's strong evidence that his current wife was in the US illegally herself! He thinks we can solve all our immigration problems by building a wall between the US and Mexico, and somehow Mexico will pay for it. He pretty much has said that we shouldn't allow any immigrants into the country so long as they come from a country that has had terrorists there.

It doesn't take much research to find a laundry list of reasons why Trump shouldn't be in the White House... if for no other reason, the fact that he has never held any elected office of any kind should be reason enough to not vote for him!

When I ask Trump supporters what they have against Clinton, they all tend to refer to the Benghazi attack. Yes, this was something that could possibly have been prevented, and Clinton herself took responsibility for allowing that to happen. I'd rather have a president that has made mistakes and taken responsibility for them and admitted they'd made a mistake than someone who refuses to take any responsibility for anything. Did you know that Trump has long had a habit of refusing to pay for work he contracted for? There's something like 20,000 people who have been cheated out of being paid for work they've done for Trump, and the number of lawsuits against him are even higher than that.

The man is a bully, and I see no reason to believe that he wouldn't be a bully as president. I can't imagine that he would be able to pursue any kind of peaceful negotiations of any kind, and that he'd go for an extreme response to any situation -- and that even includes the use of nuclear weapons, something he's said multiple times he believes we should do! Has the man never realized that if the US were to use nuclear weapons against an enemy, we'd be giving all nations carte blanche to use their own nuclear weapons in response? I think we all know what the end result of that would be.

As a veteran, as a father, and as an American citizen who has been voting since Reagan first ran, I implore you to vote for Clinton and not for Trump or any other candidate.