Government Comics: The Science of Life!

Here's a more recent government comic, this one sponsored by NASA and the American Physiological Society! 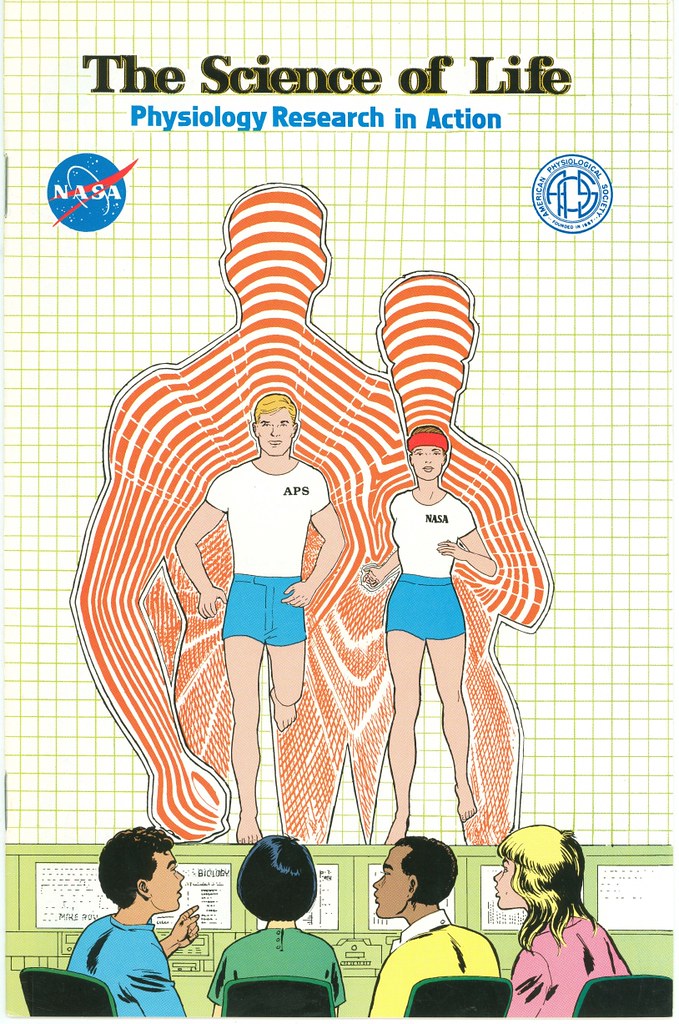 Time for another installment of Children's Book Theater, and this time, it's a Popeye Wonder Book with art by Bud Sagendorf! 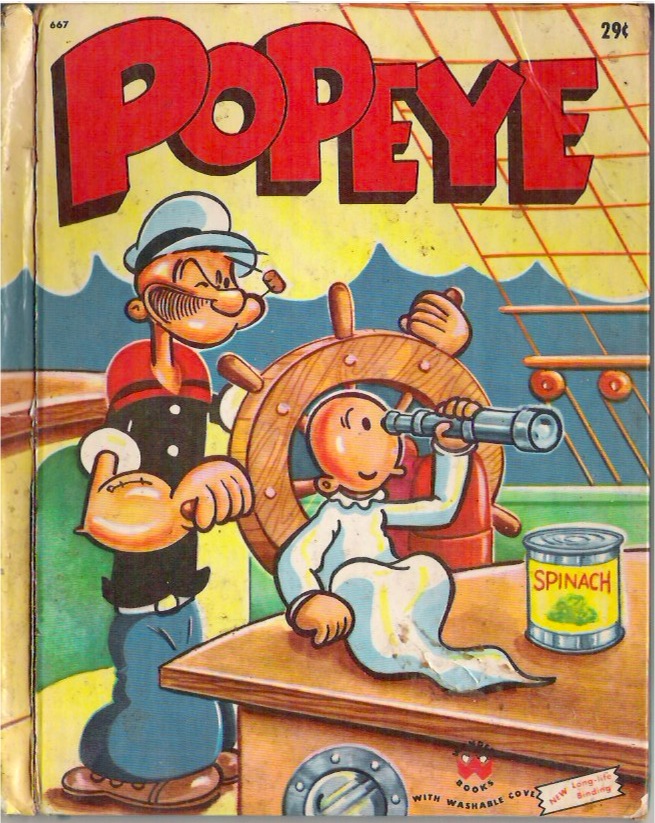 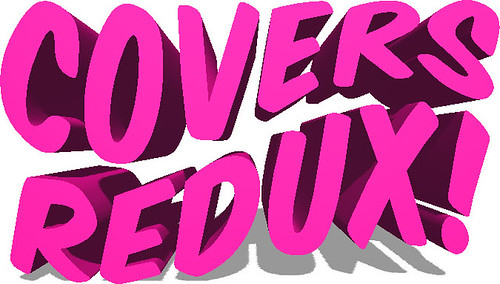 It's time again for Covers Redux, where we look at two comic book covers -- the original cover plus the book that issue was reprinted in -- and compare the two of them, looking for changes that were made! If you spot something I didn't, please add yours in the comments! 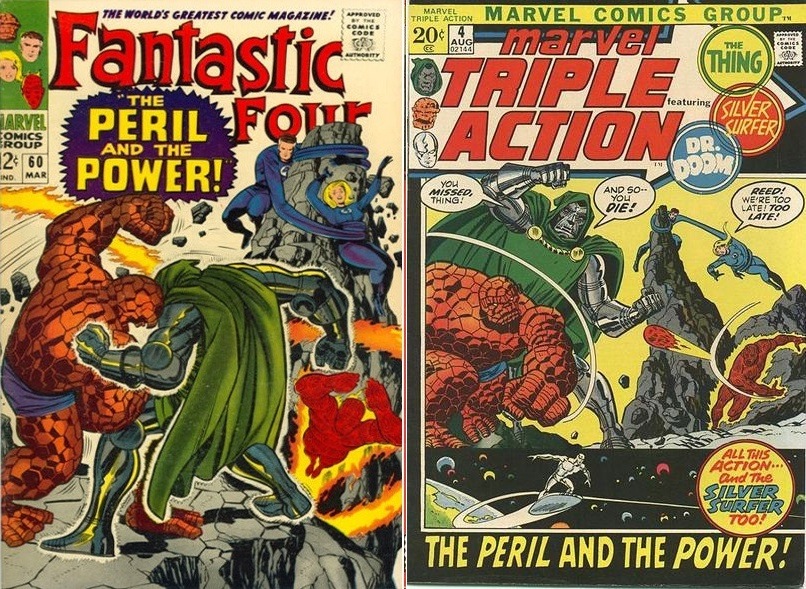 First up is an easy one, Fantastic Four #60 and the reprint in Marvel Triple Action #4. Obviously, there was an all-new cover done for this reprint. But since we don't have any production changes to look for, I've got to wonder... why the heck did they reprint FF issues in MTA in the first place? I mean, it didn't fit the title at all... although the logo is pretty cool! Then again, they were pushing it when they started reprinting The Avengers in this book, too. 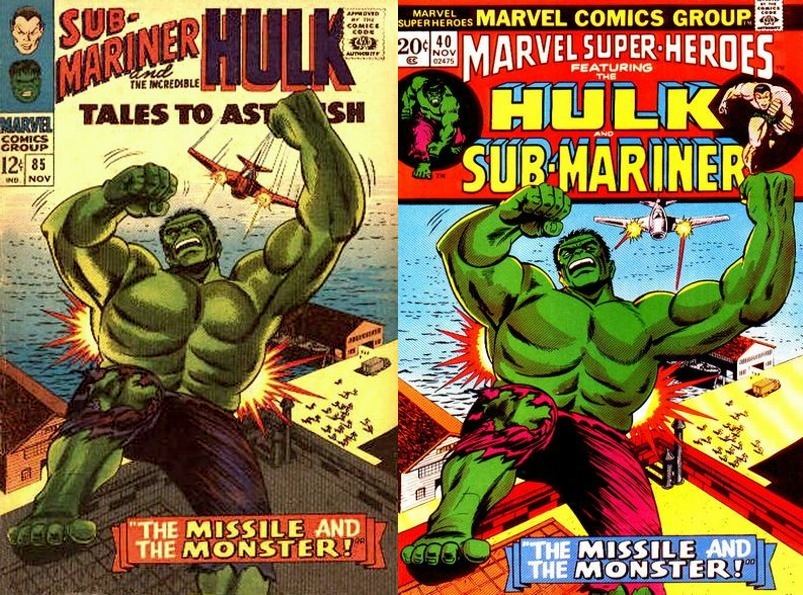 Next up, we've got Tales to Astonish #85 and Marvel Super-Heroes #40. At first glance, it appears the image was just shifted down a little bit due to the new logo, but looking a bit closer, you might notice that the Hulk's left arm has been moved a little bit (it may have been a cut-and-paste job or a new arm, but I'm leaning towards the former). The plane firing on the Hulk has also been moved and rotated, with a new wingtip drawn in. 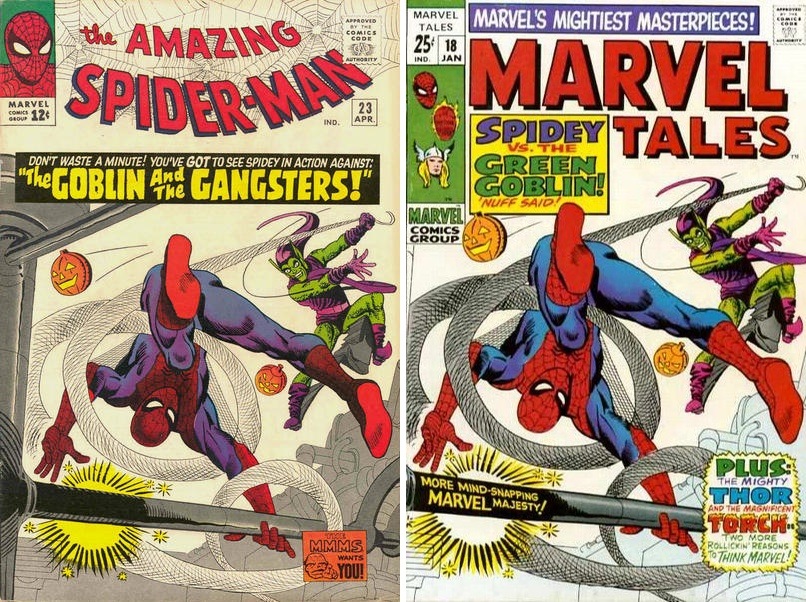 Next up, here's Amazing Spider-Man #23 and the reprint from Marvel Tales #1. Here we've got an unusual change in that the original art has been enlarged! As a result, some of the lab background has been eliminated. I don't believe any other changes were made, other than reworking the blurbs. 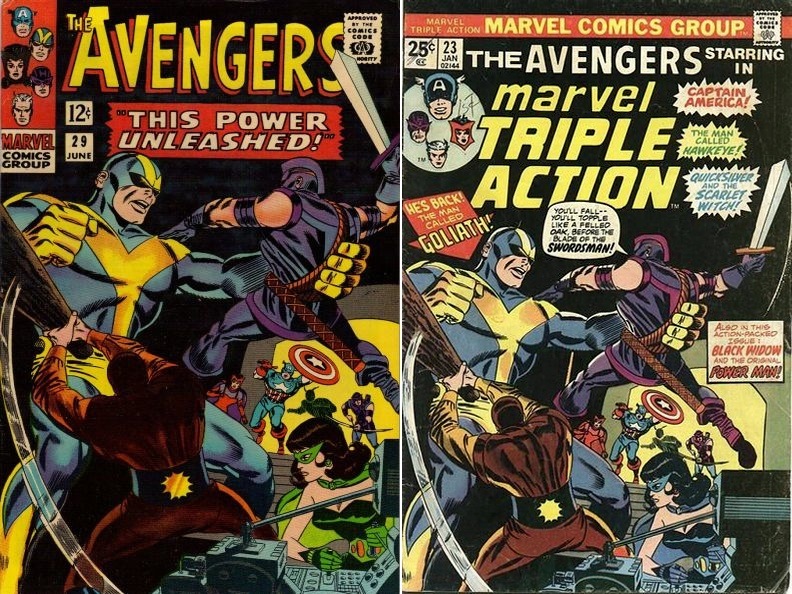 Hey, here I was just talking about MTA, and here's one of the later issues! It's issue #23 reprinting Avengers #29. The art has been reduced from the original, with some new blurbs added... plus in the reprint, the Black Widow's costume was correctly colored! Art-wise, the only change I can identify is on the Swordsman's arm, which looks like it was redrawn. 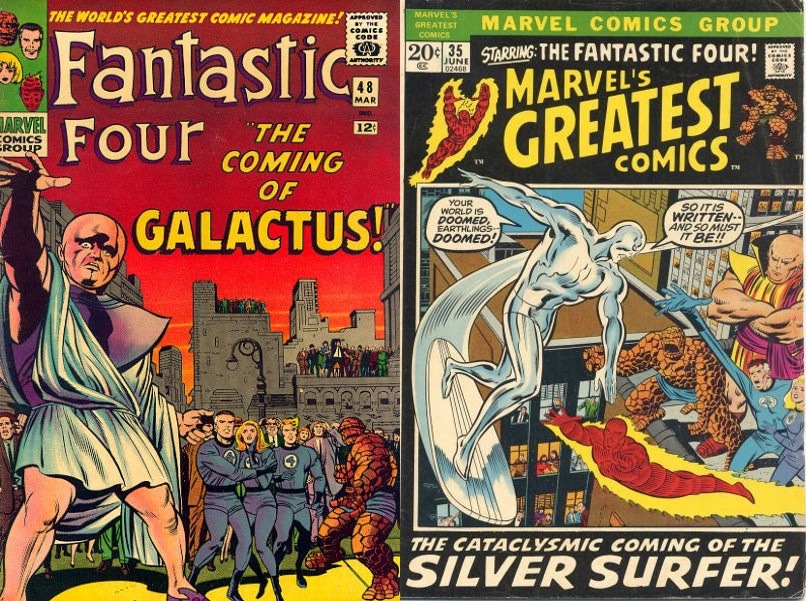 Here we have Fantastic Four #48 and the reprint in Marvel's Greatest Comics #35... new art was done for the reprint, and it's decent, but nowhere near as great as the original Kirby cover! 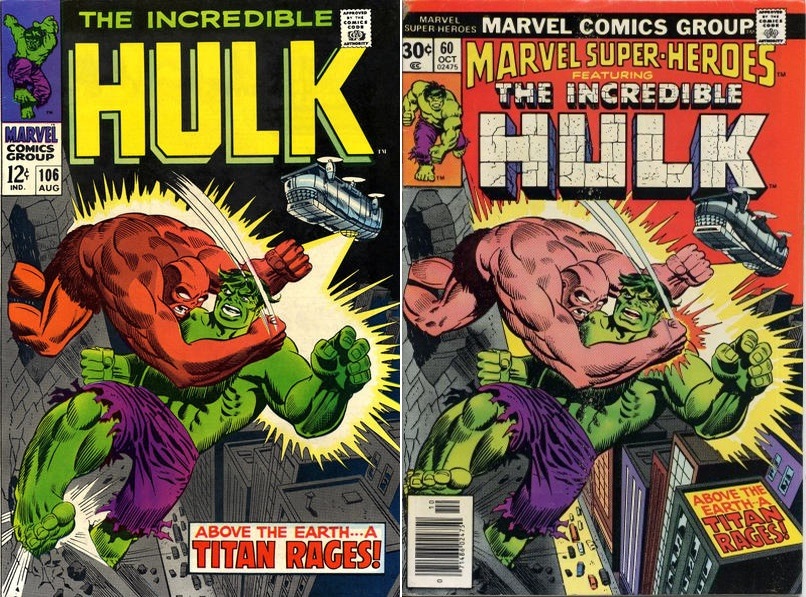 Lastly, we have Incredible Hulk #106 and the reprint in Marvel Super-Heroes #60. Honestly, there's not a lot of changes here... the blurb is different t the bottom, and there may have been slight changes to the Hulk's face (or the coloring makes it look very different), but that's all I can see (I'm not that concerned with the black background being replaced with an orange one).