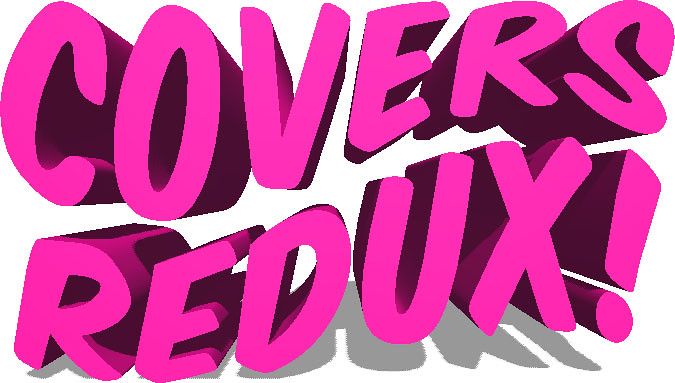 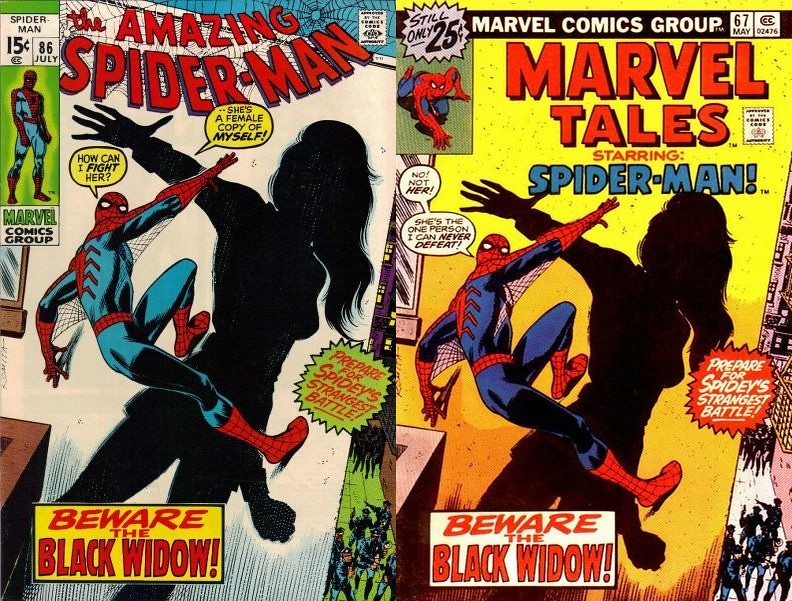 First up, we have Amazing Spider-Man #86 and the reprint in Marvel Tales #67. As you can see, the entire image was shifted down to make room for the larger logo and Marvel banner at the top. Note also that the burst has been straightened out, plus Spidey's dialog has been completely rewritten (which is good, because the original statement didn't make sense... the Widow was nowhere near being a "female copy" of Spidey!). 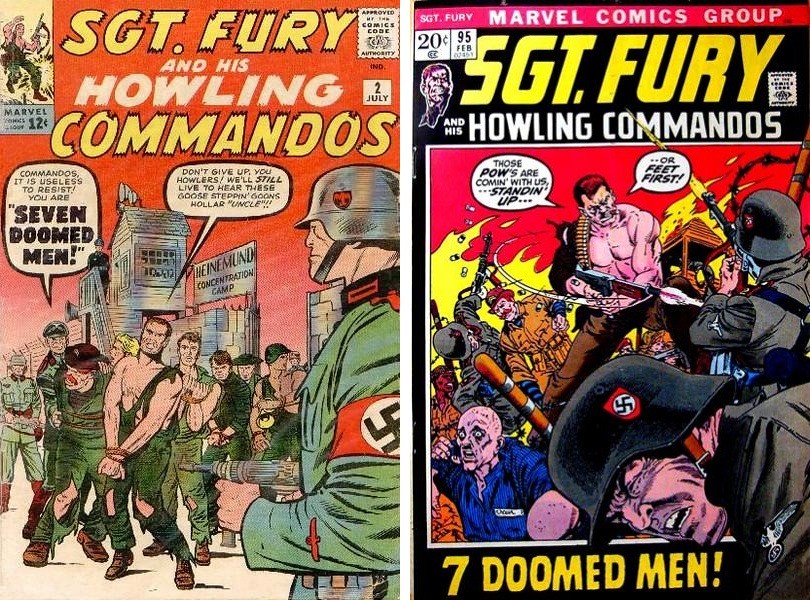 A new cover was commissioned when Sgt. Fury #2 was reprinted in issue #95. It's almost like a "five minutes later..." kind of cover, isn't it? 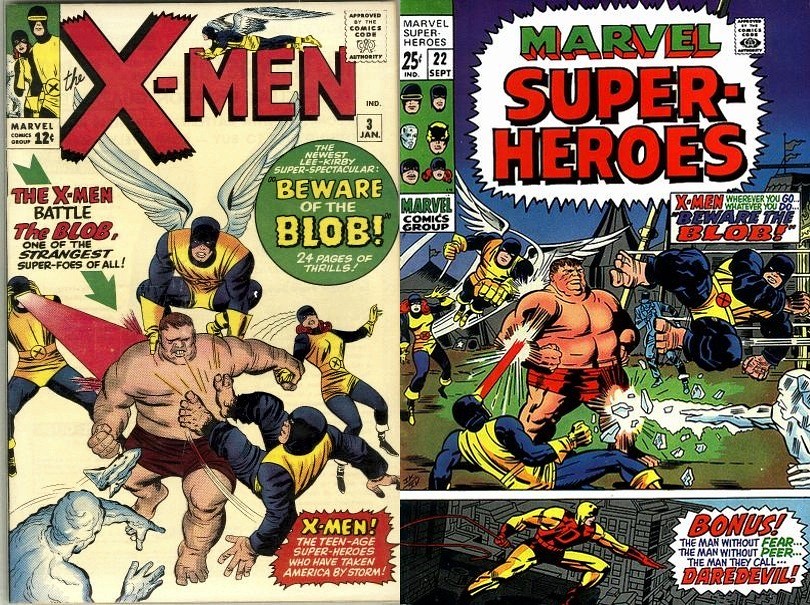 Here's another new cover commission, when X-Men #3 was reprinted in Marvel Super-Heroes #22... at least they had Kirby do the new cover... I've got to say, I think Kirby did a better job on the redo than the original! 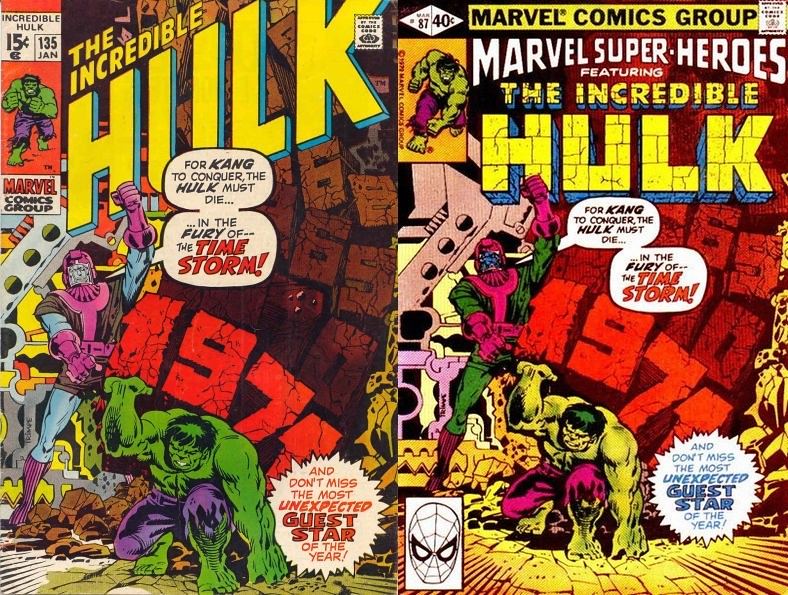 Not too much seems to have been changed when The Incredible Hulk #135 was reprinted in Marvel Super-Heroes #87... Kang's word balloons were repositioned, and the whole cover was reduced a bit, but that's about all I see. 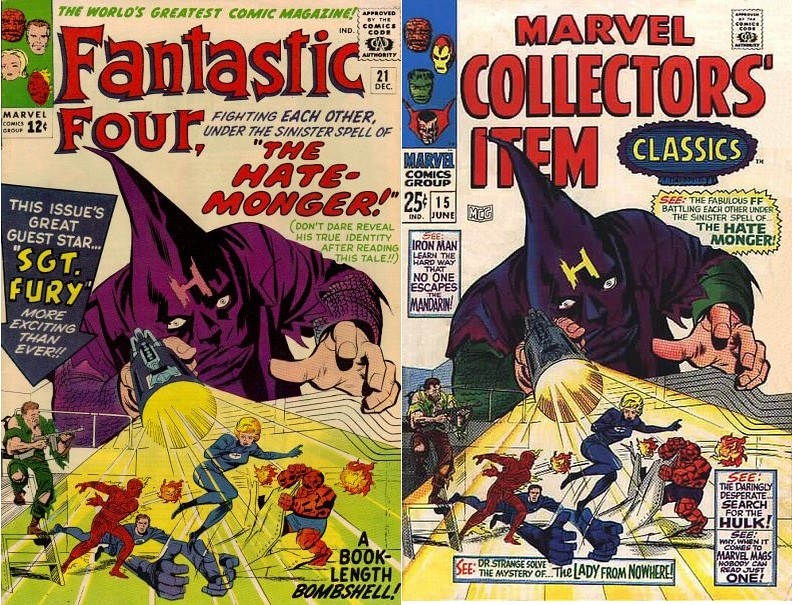 Blurbs were replaced and added when Fantastic Four #21 was reprinted in Marvel Collectors' Item Classics #15, along with the art being reduced a little bit and shifted up. 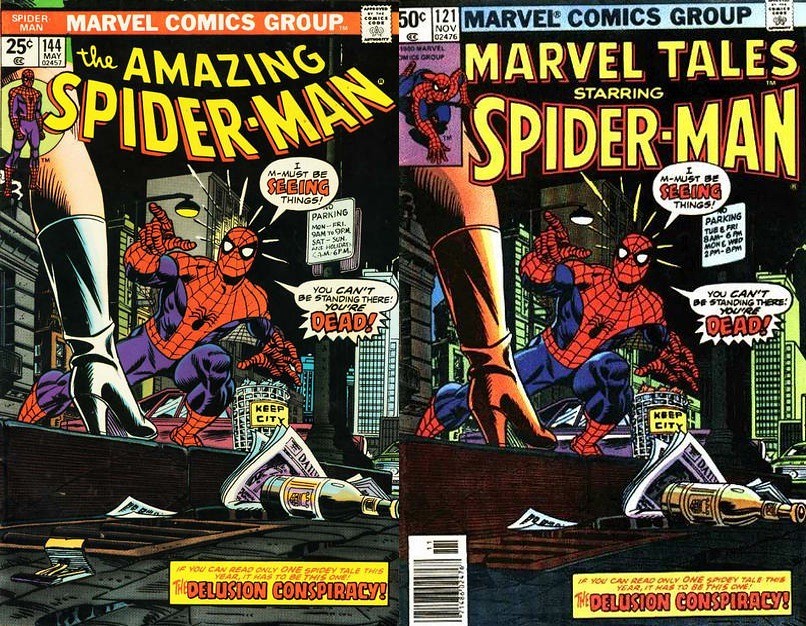 We're seeing a lot of "no-change" covers today, aren't we? Here's Amazing Spider-Man #144 and the reprint in Marvel Tales #121. 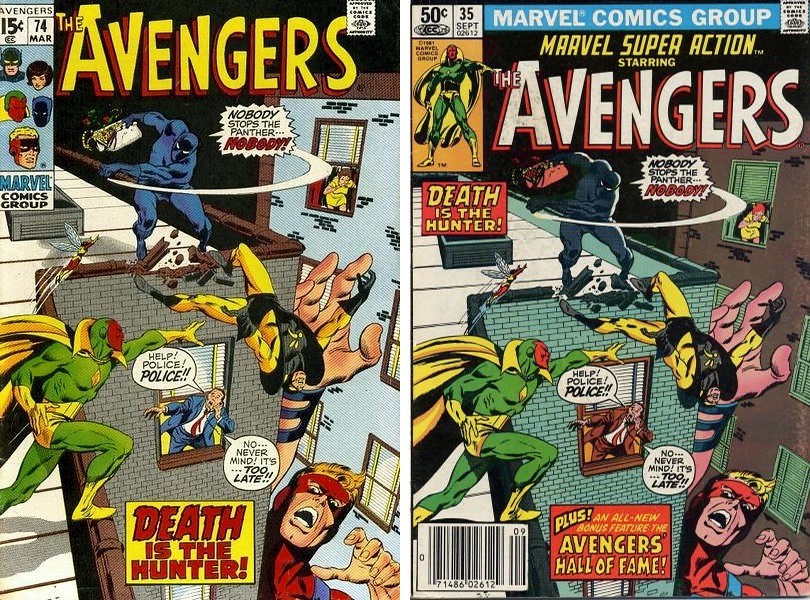 Next, here's Avengers #74 and the reprint in Marvel Super Action #35. Some reduction on the art, a blurb moved and another added. 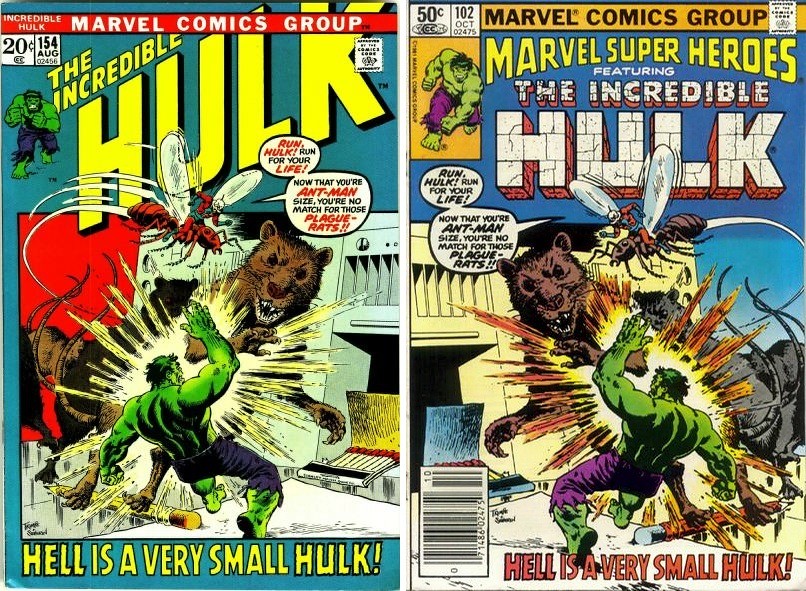 Finally, here's Incredible Hulk #154 and the reprint in Marvel Super-Heroes #102, where the original cover art was flopped! As you can see, it appears when the flopped stat was done, a lot of finer details got lost.
Posted by Jon K at 12:01 AM