Government Comics: The Story of Banks!

In this installment of Government Comics, we present "The Story of Banks," sponsored by the Federal Reserve Bank of New York! I think you can gather when this was done from the fashions, eh? 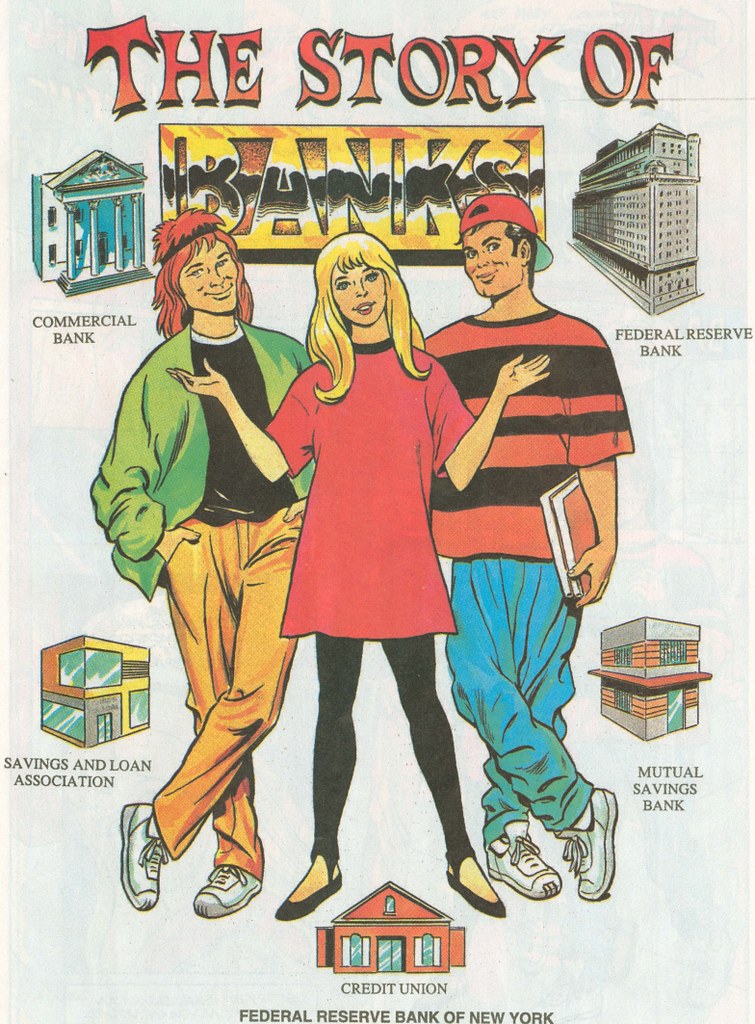 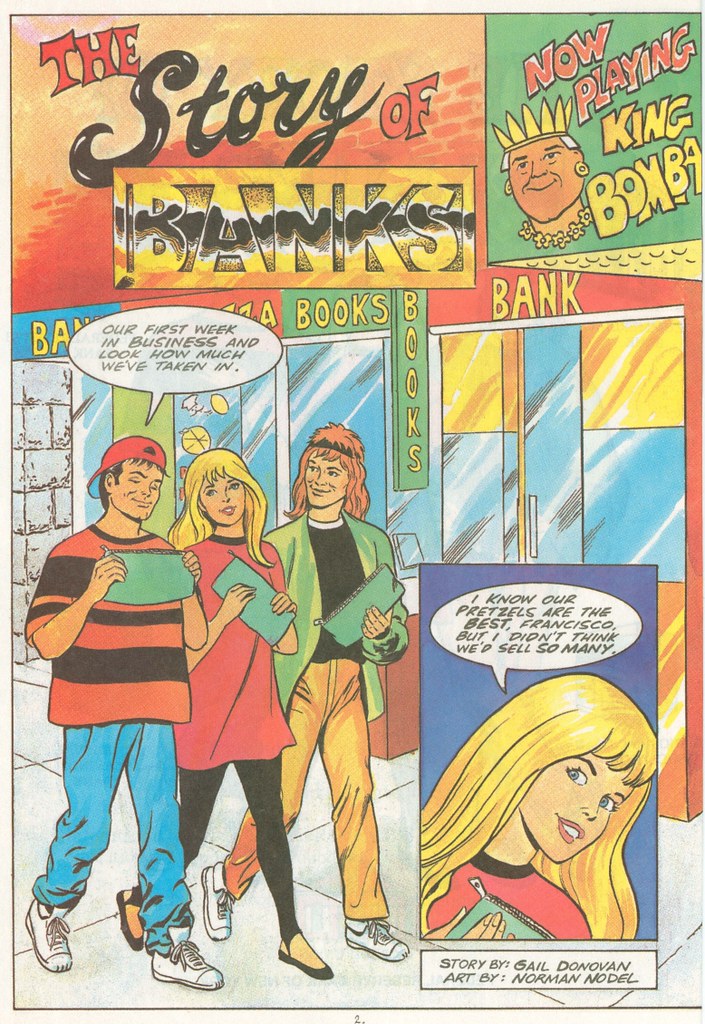 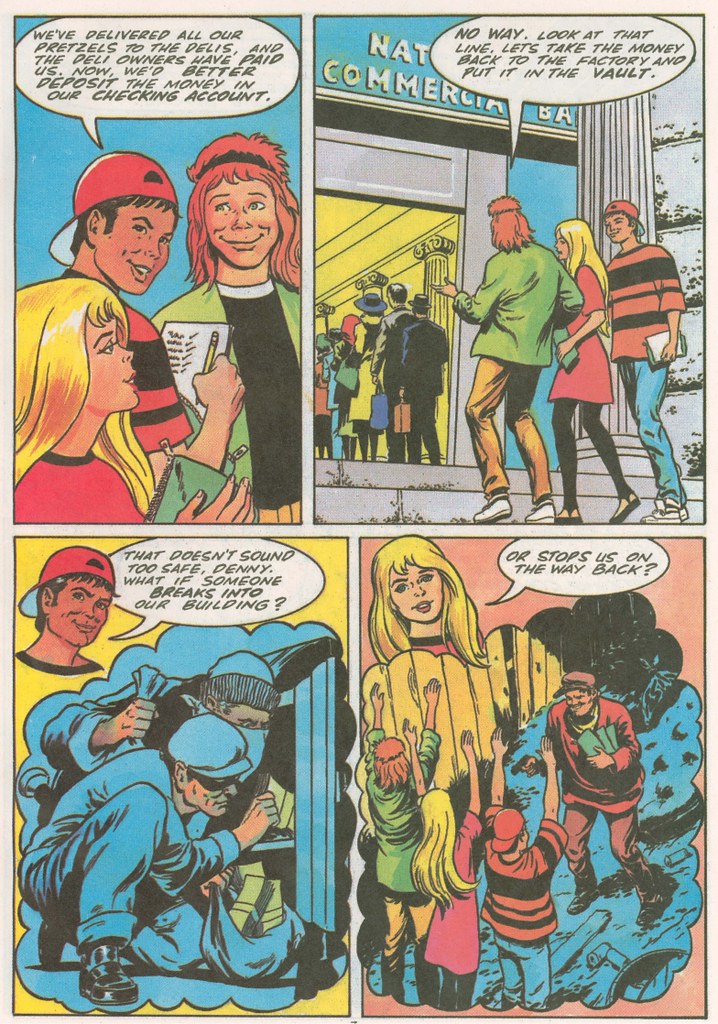 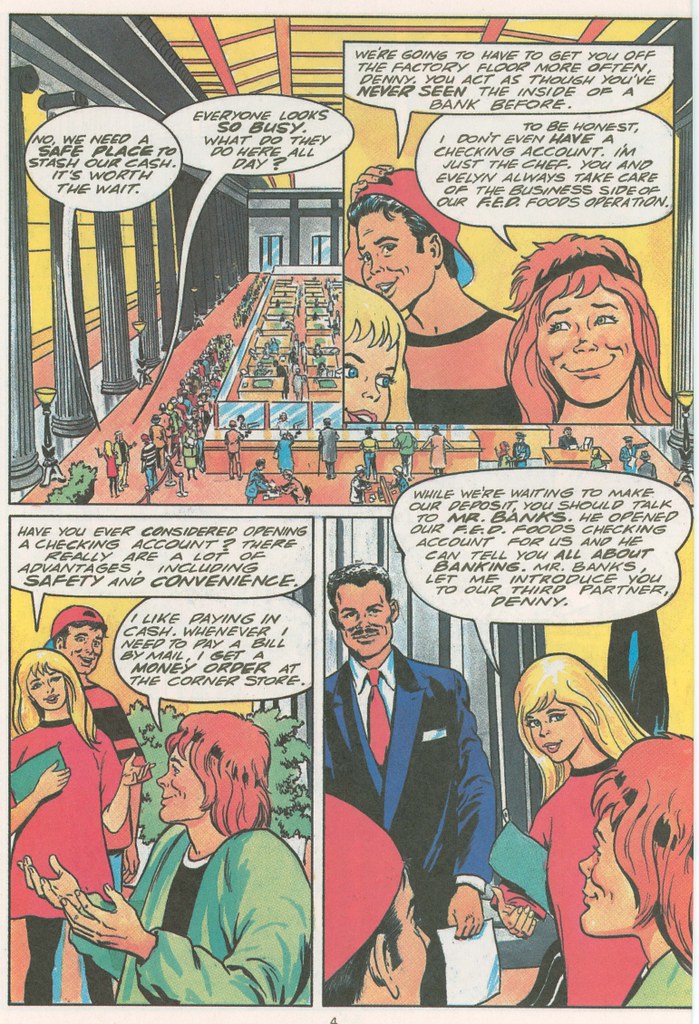 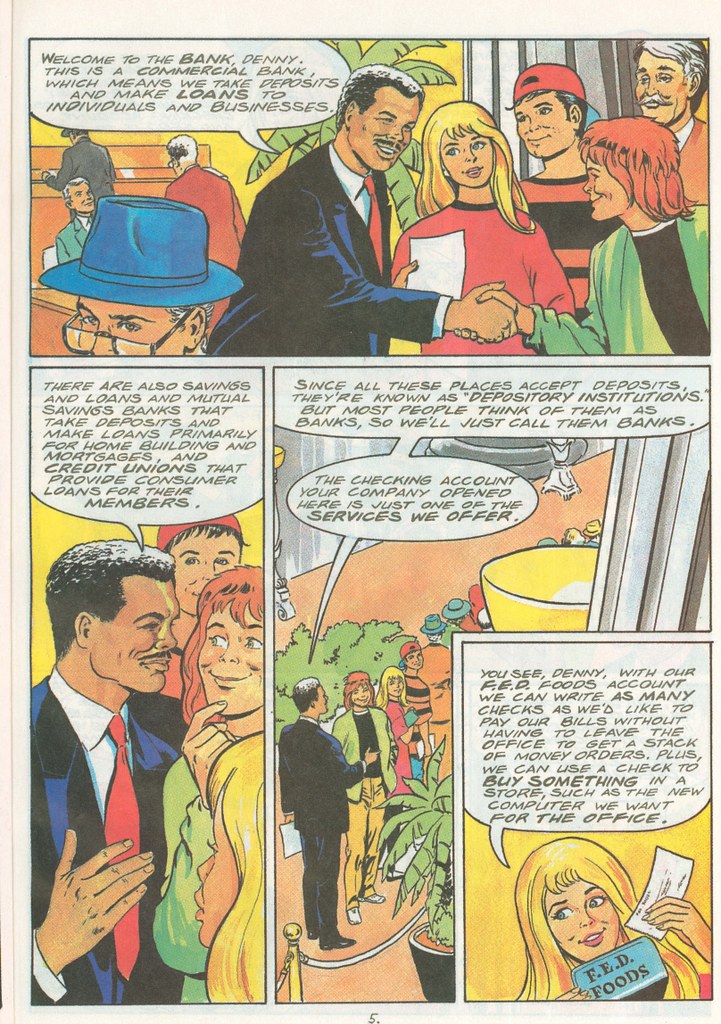 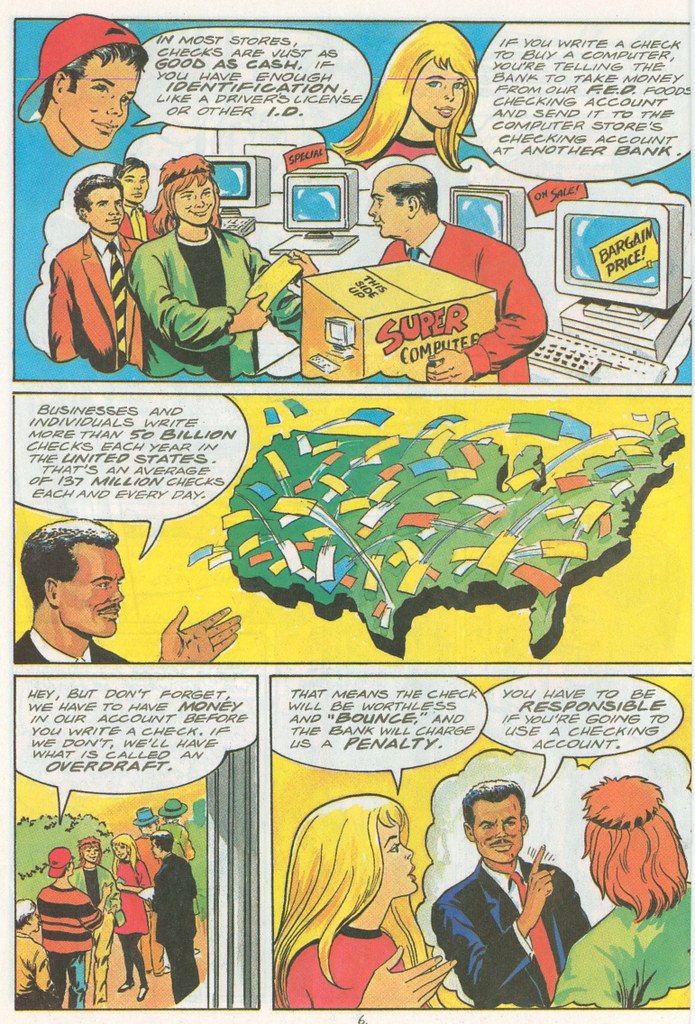 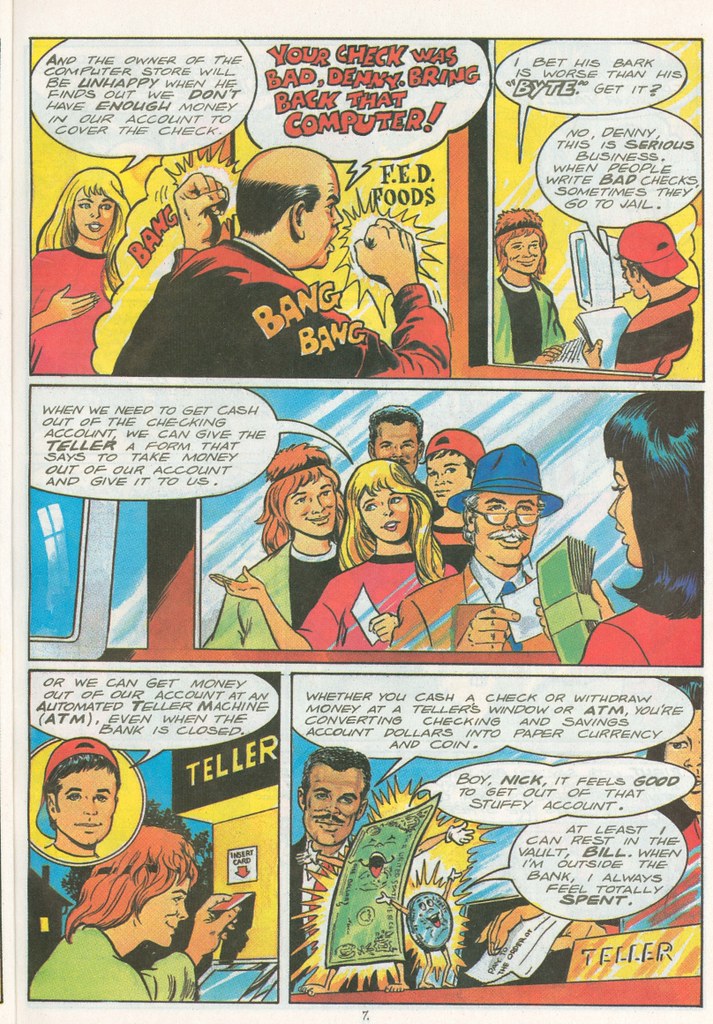 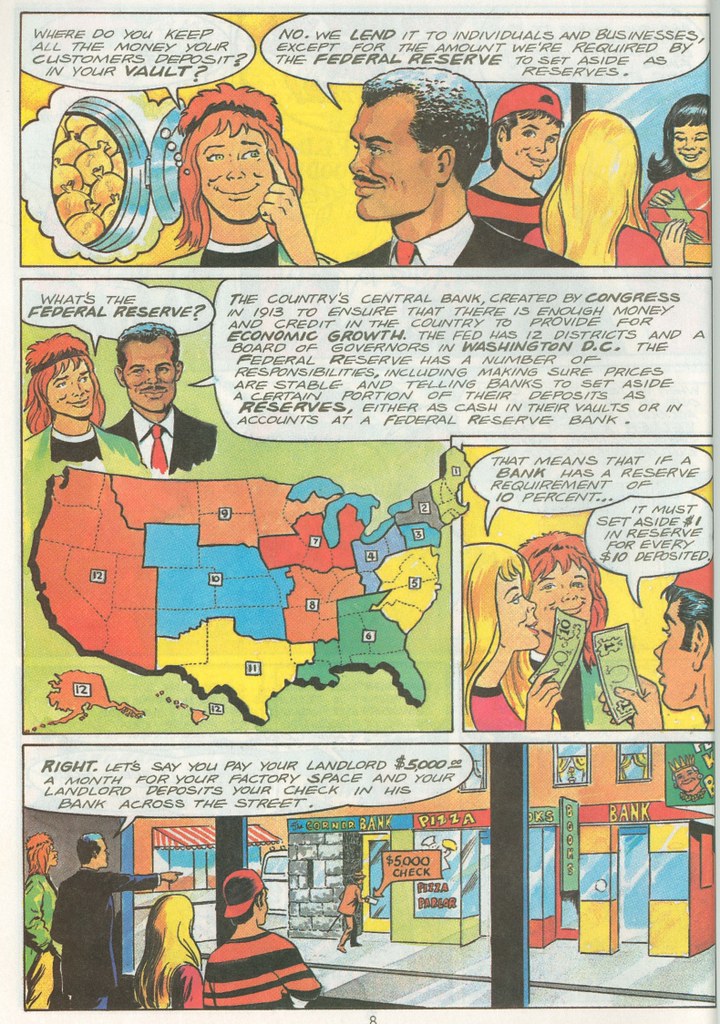 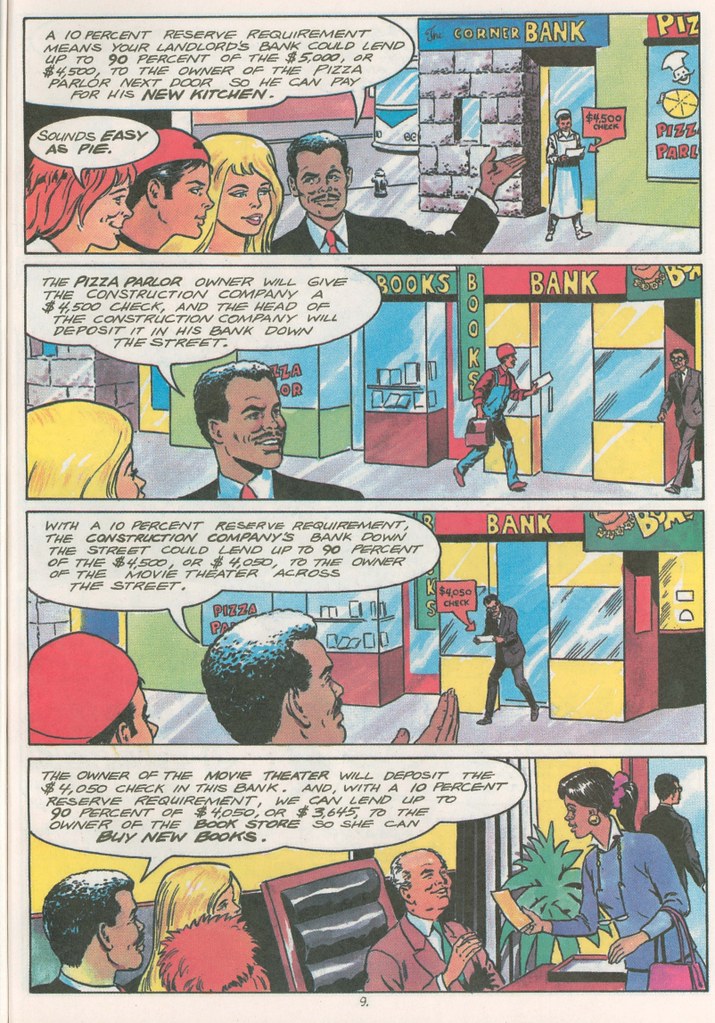 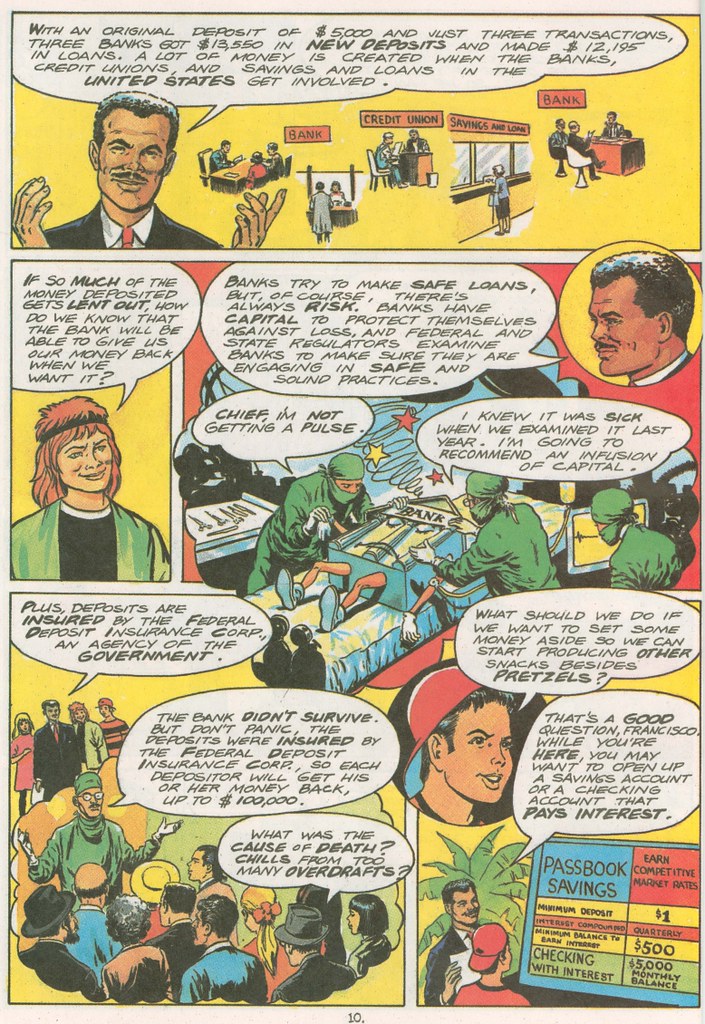 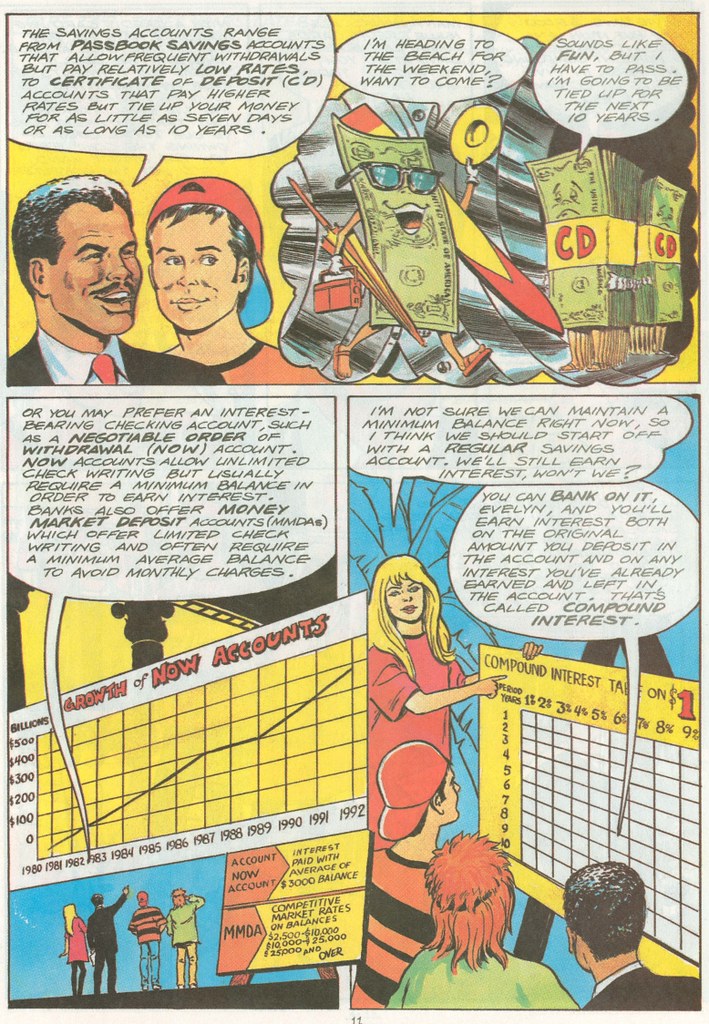 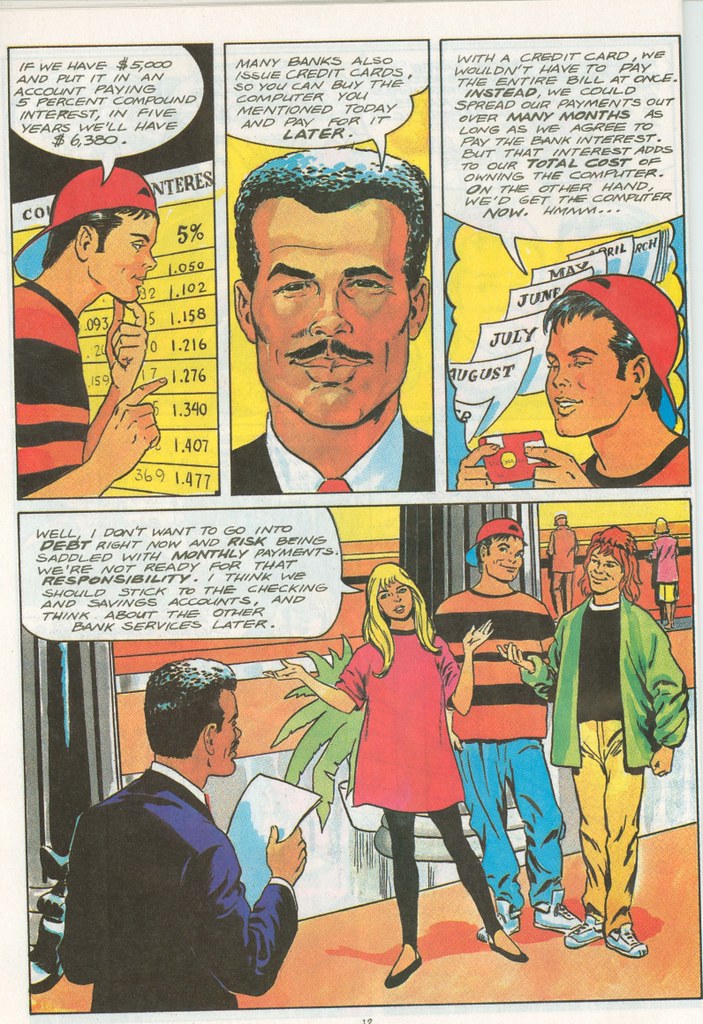 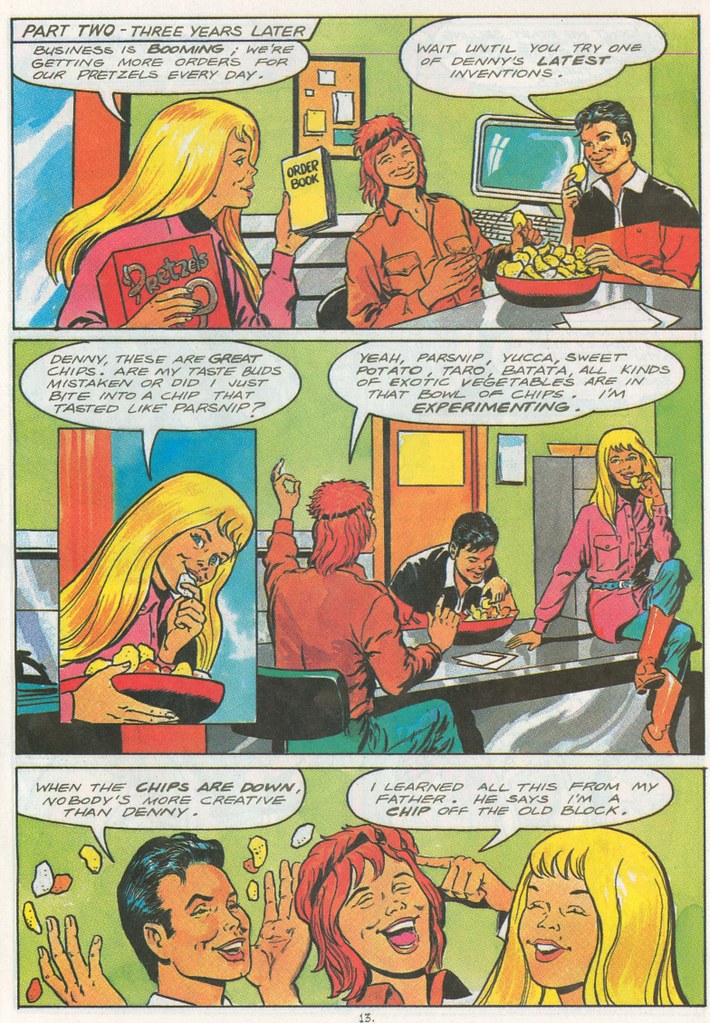 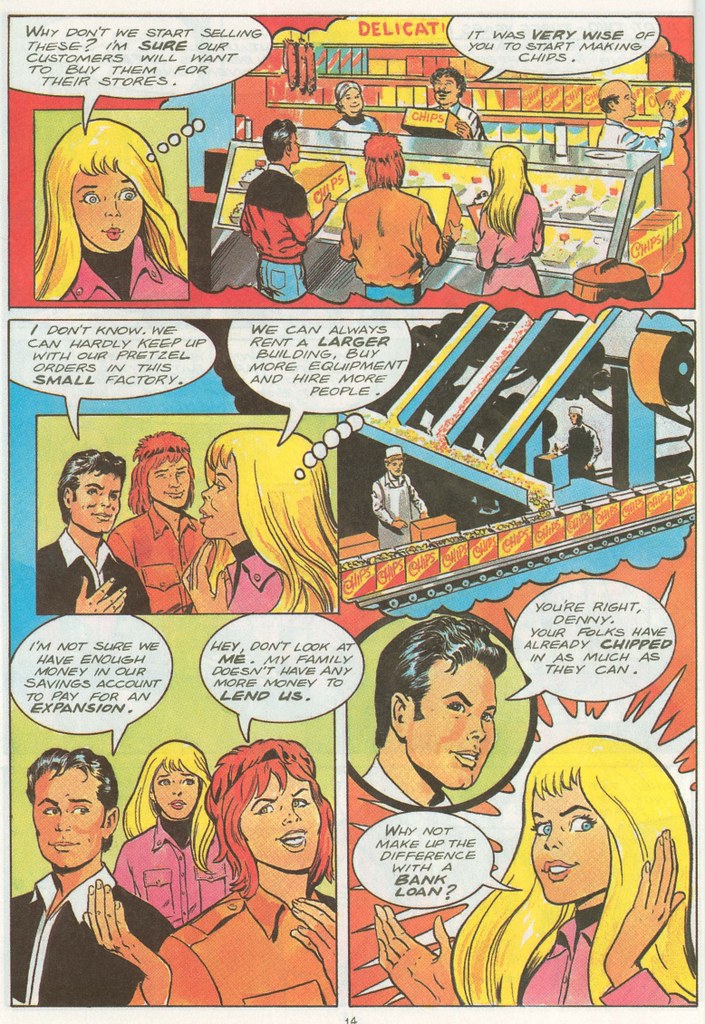 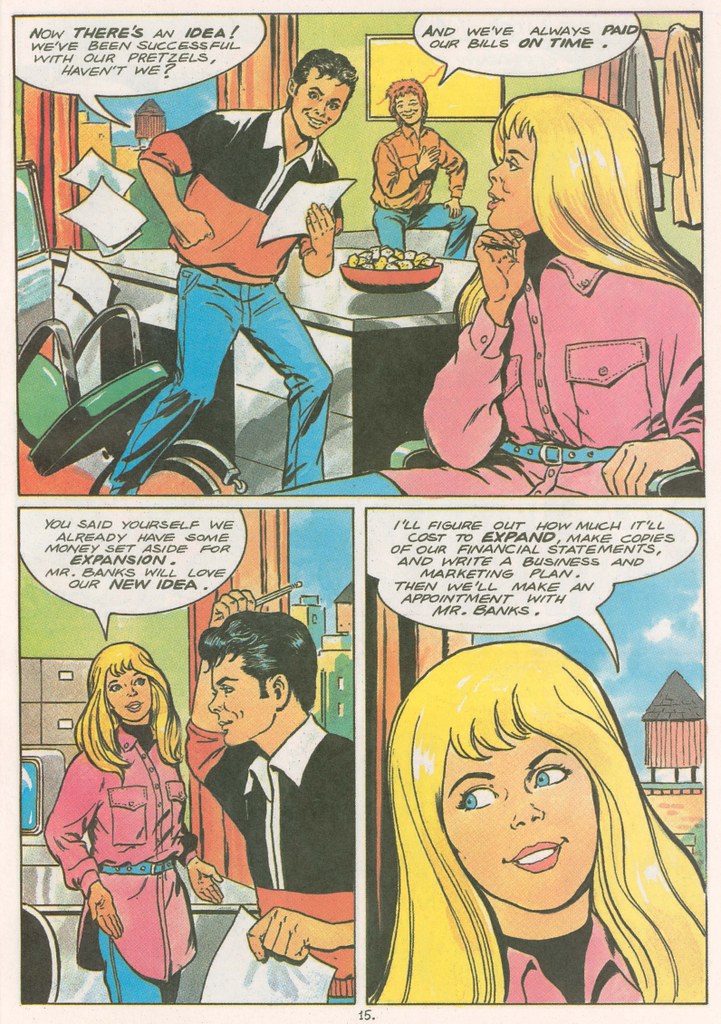 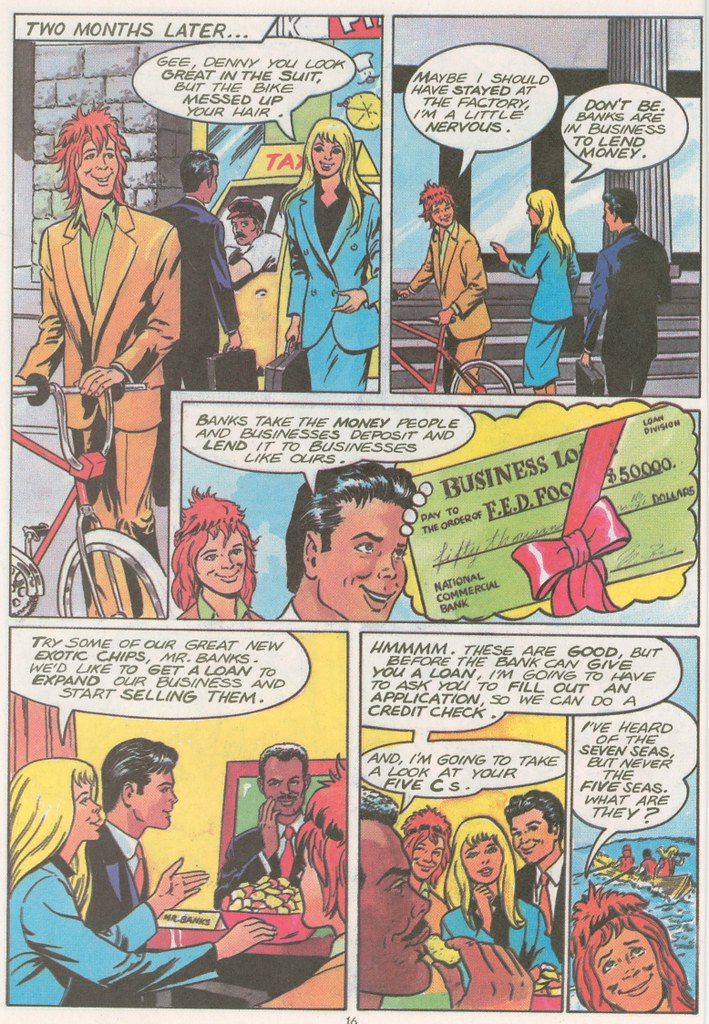 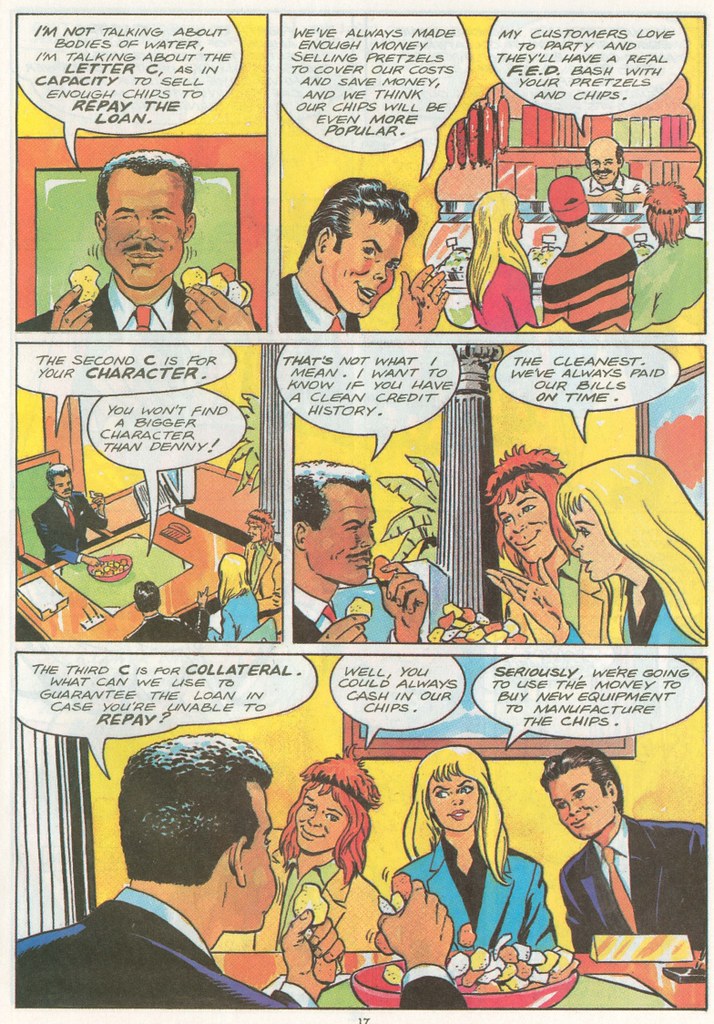 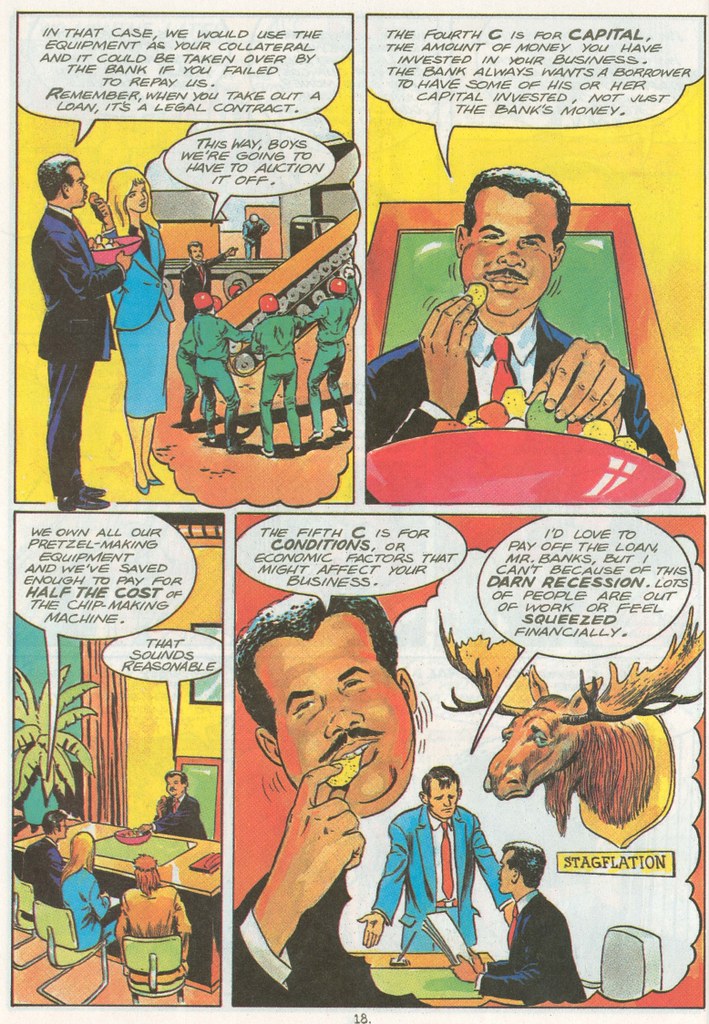 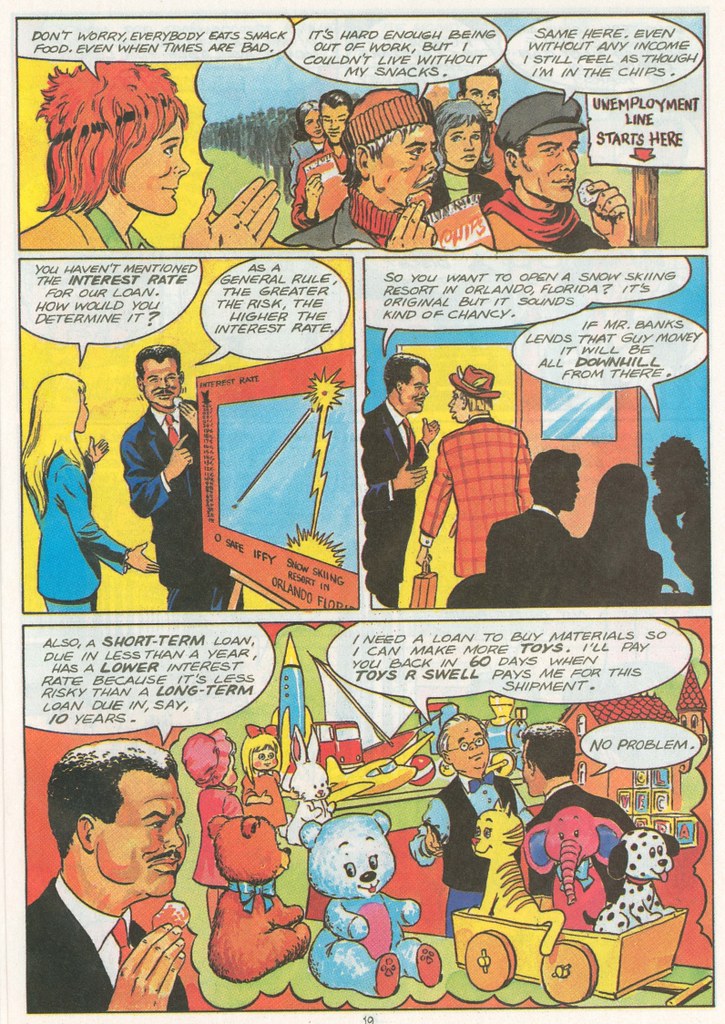 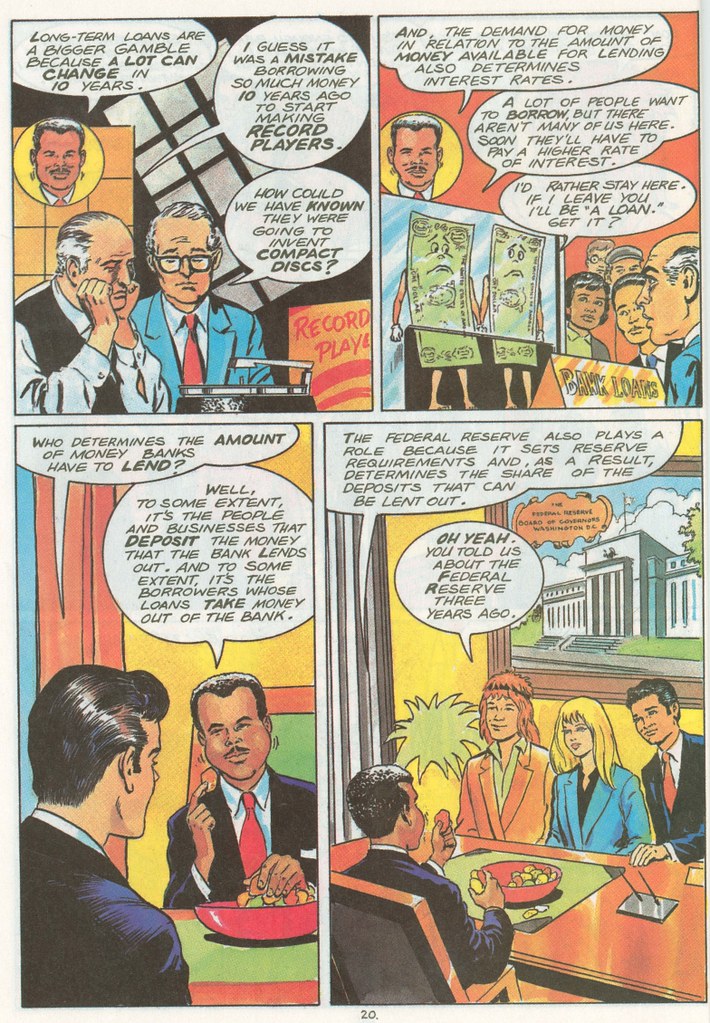 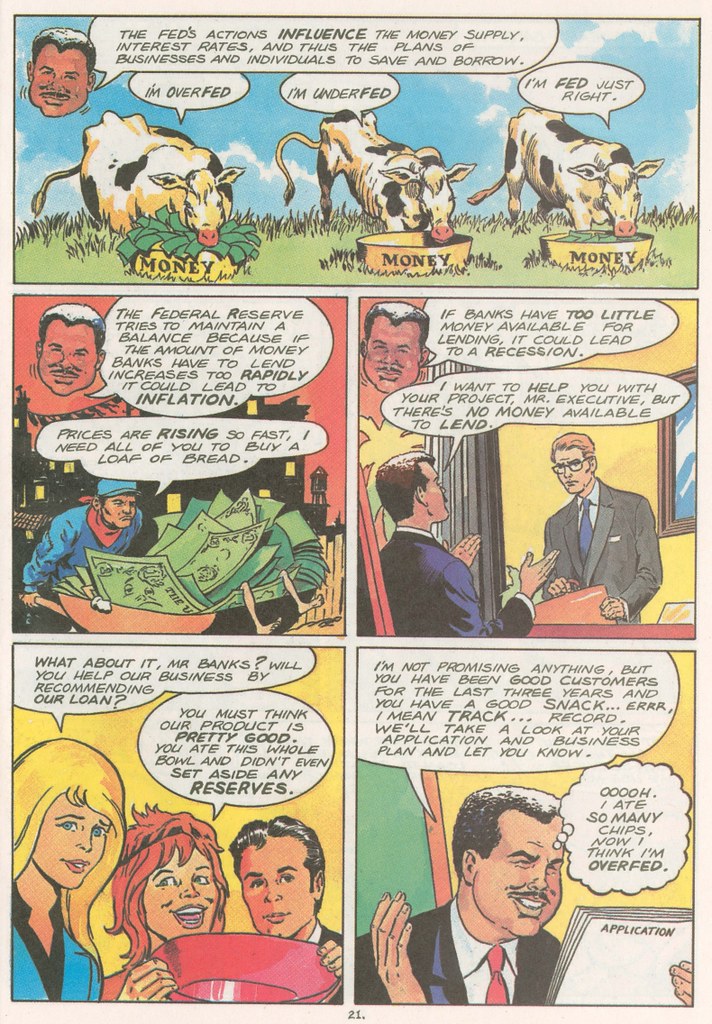 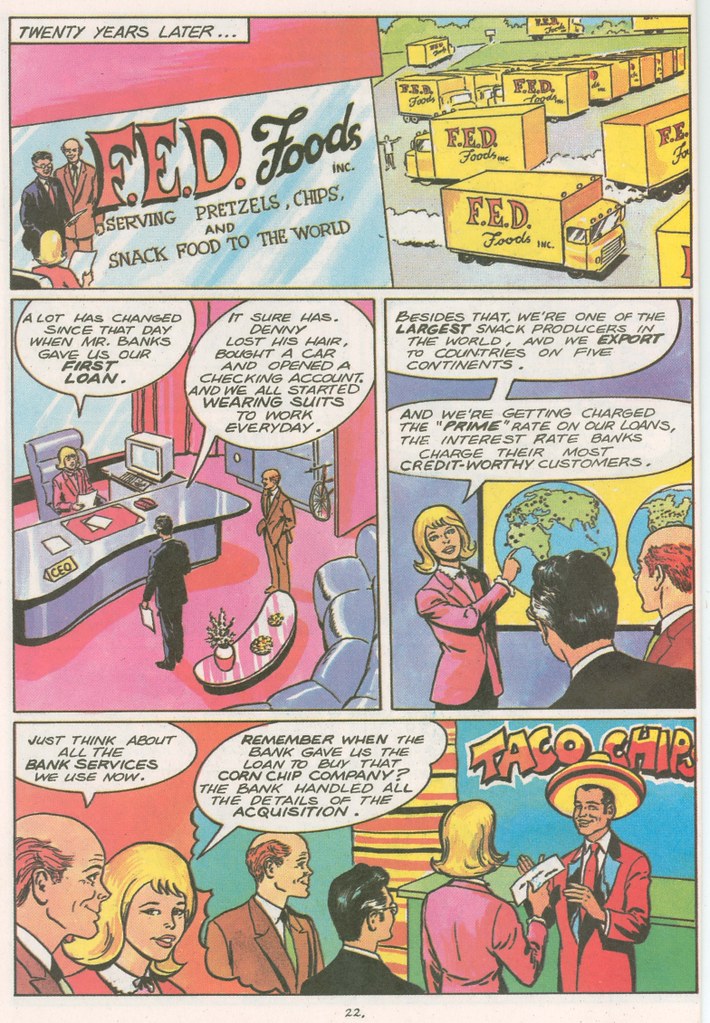 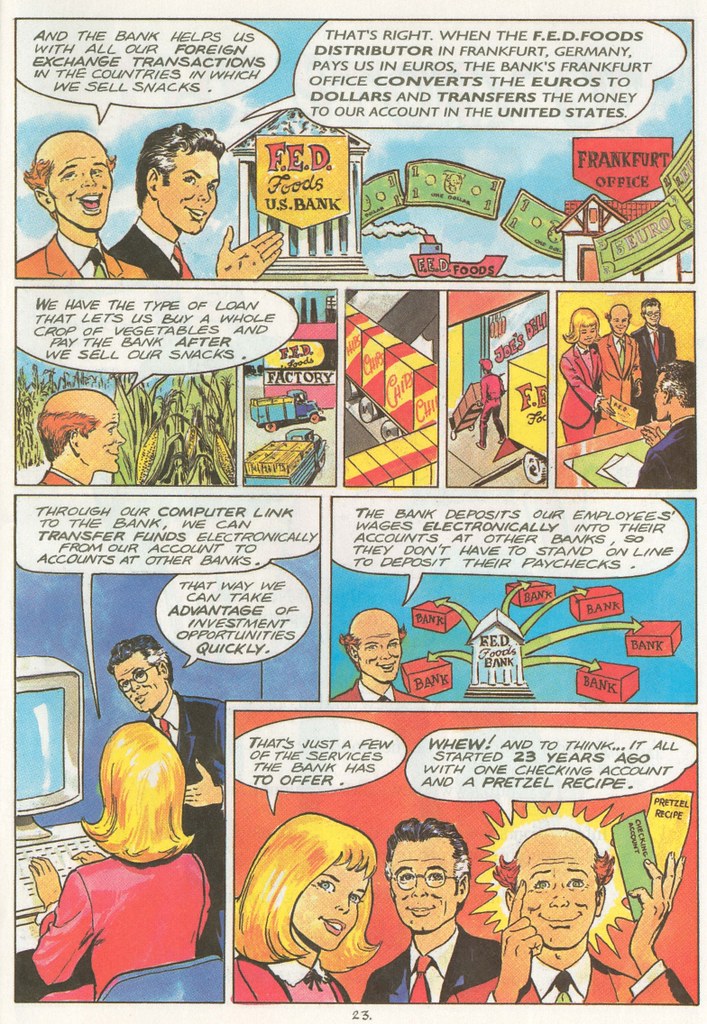 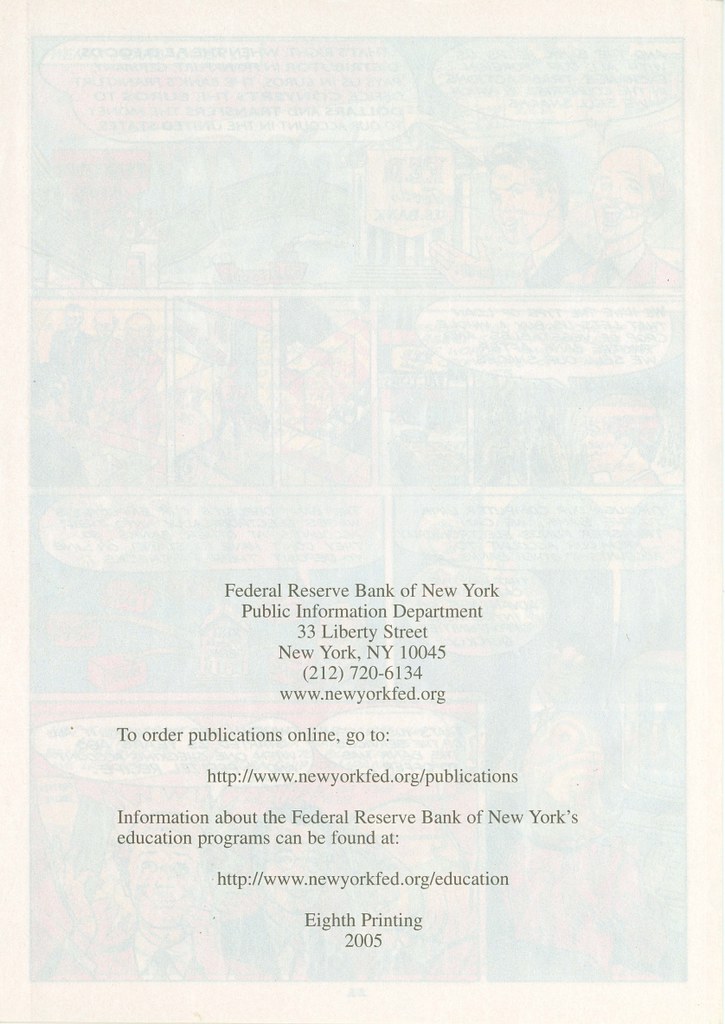 Next on "Government Comics," another FRBNY-sponsored book!

What Does It Mean To Be An American?

Last week, my 16 year old foster son had to turn in an essay on this exact subject. Sadly, I haven't been able to convince him to show his papers to me before turning them in, so I didn't get to read it until it was done. Reading over it, I saw a bunch of cliches and half-thoughts amongst the grammar and spelling errors, to the point where I couldn't really tell what he thought it meant to be an American.

Being the kind of person that I am, naturally I started to think about what being an American means to me, and so, here's my take on the subject. I suspect that most, if not all, of you will agree with me.

First and foremost, being an American doesn't mean that you have to give up your own cultural or ethnic identity. This country was founded as a melting pot of people from different lands, ethnicities, and cultures, even if we don't have a great history of embracing those as well as we should have. Being an American adds to that identity. It doesn't matter if you were born here, or immigrated to here, you are an American as well as whatever other culture or cultures you identify with (that is, of course, assuming that your culture isn't the antithesis of being an American... if you identify as a Nazi, you're not an American, so far as I'm concerned).

Being an American means that you can accept differences in other people, so long as those differences don't promote hatred, violence, or other criminal acts towards others. I would imagine the odds of finding two people who agree 100% on everything are astronomical. Americans should accept that others have different religious beliefs, or enjoy eating different foods, or wear different styles of clothing. Americans should accept that in some cases, people are born the way they are, and shouldn't be expected to change that. For example, I am very tall... I can't change that any more than, say, George Takei can change being gay. It's not a choice, and we should both be accepted for that.

Being an American means that we defend those who can't defend themselves. This encompasses a wide group of people, from children who need to be protected from predators (and in some cases, from each other or even their own families), to the elderly who can be targets of other predators who seek to scam them out of money, to those who need any kind of help, regardless of circumstances, and finally, to people of other countries who wish to immigrate here or need defending against aggressor nations or regimes.

Being an American means that we look at things and see if they need to be changed in order to make things better; we look at what is wrong and try to make it right. It should never matter if this change benefits us directly or indirectly, it should on key matter that it makes things better. Furthermore, these changes should benefit the greater good and greater number of people.
It means that we do what we can to serve this country. That's not to say that every person needs to spend time in the military, or even becoming a fireman, paramedic, policeman, forest ranger, etc. You can serve this country in many other ways.

One way, that's pretty easy, is to help out your local food bank. Most Americans are guilty of only donating around the holidays, and that's great, but did you know that they can get so many donations at that time that they are overflowing with donations? Making donations at other times of the year can help them even more.

You can also help homeless people, and a great way to do this is to get a group together to pool resources and make up homeless packs, a large zipper bag with socks, a bottle of water (or refillable water bottle), granola bars, wet wipes, canned ready to eat food (with a pop top), etc. You can make these up as a group, and then divide them up, and keep them in your car, so when you see a homeless person, lyuo can give one to them.

It doesn't matter if you help one person or a hundred, it is still serving your country.

Being an American means that you recognize that we live in a global community, and that no country can survive entirely on its own. Our nation relies on imports from other countries, just as we rely on exporting goods to other countries. And, while it seems ridiculously obvious but so many just don't get it, we live on one planet -- w have to work together to keep this planet safe from ourselves, and yes, that means dealing with global warming and any other ecological issues.

It means that we don't just blindly accept what we are told... we need proof, facts, information. We need sources that are credible, so we can figure out what is the truth and what is a lie, and then act accordingly.

And we especially don't just blindly follow the elected leaders of this country, no matter what level of leadership they're at. It means that our leaders are supposed to serve us, and not themselves, and if it looks like they're taking advantage of their position for personal gain (of any kind), we will call it out, and if necessary, take the steps necessary to remove that person from office so we can get a better leader.

Being an American also means that you give 100% to your job, no matter what that job is. We do not half-ass our way through the workday, whether our job pays minimum wage, or pays $20+ an hour. We take pride in a job well done, and expect this standard of our coworkers, because when we all work at our best, we get the best results.

Being an American means that you are one of the luckiest people on the planet, especially if you were born here. There are thousands upon thousands of people in other countries who would love to be living here to enjoy the advantages many Americans take for granted, and most of them will die never getting any closer to getting here.

Being an American means that while the above is a nearly-impossible high standard to live up to, we will still strive to achieve this standard, and if we fail, we will stand right back up and try again until we succeed, because is is what we should be.